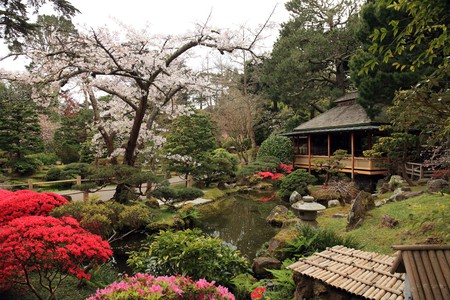 The tranquil winding paths and stepping stones, the pagodas, and the koi pond—it’s no wonder that San Francisco’s Japanese Tea Garden is such a popular spot to visit. This peaceful garden attracts both locals and tourists from all over the world, and it’s the oldest one of its kind open to the public in the United States. Keep reading to discover more about the San Francisco Japanese Tea Garden’s vast and rich history.

When the garden was just a garden

When you walk through the colorful temple gate of the garden, you’ll see acres of different plant life and a tea house and experience an overall zen feeling. The Tea Garden was first developed as part of the Japanese Village exhibit at the World’s Fair in San Francisco back in 1894.

It was an immigrant from Japan named Makoto Hagiwara who was responsible for creating a truly authentic Japanese tea garden in Golden Gate Park. Hagiwara imported many precious plants, sculptures, koi fish, and more from Japan. 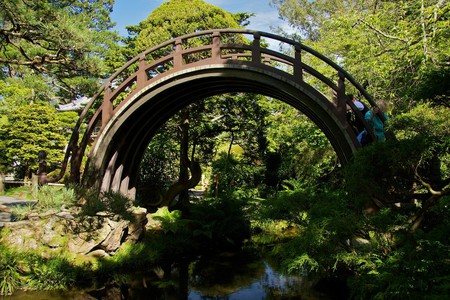 At the end of the fair, superintendent John McLaren told Hagiwara that he could expand and maintain a permanent Japanese-style garden. After that, Hagiwara and his family lived on the Tea Garden grounds. When Makoto Hagiwara died in 1925, his daughter, Takano Hagiwara, and her children became the caretakers of the property.

When World War II hit and the anti-Japanese movement took hold, Takano and her family were sent to an internment camp, and the reluctantly abandoned garden received a new name, the Oriental Tea Garden. All relics and structures that were an expression of Japan were demolished and destroyed. Despite the prior agreement between Makoto and John McLaren, once the war ended and the Hagiwara family and others were released from the camps, Takano and the rest of Makoto’s descendants weren’t allowed back on the grounds that they had called home for so long.

It wasn’t until 1952 when the “Japanese Tea Garden” name was reinstated. The Hagiwara family, however, only offered minimal assistance to help get the garden back to a more authentic look. 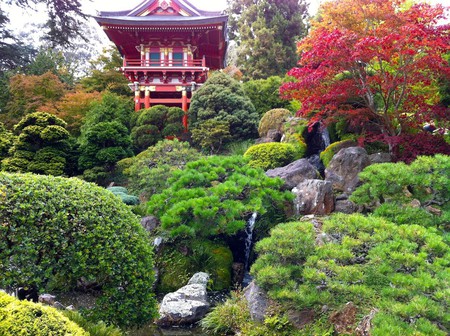 In 1949, just before the garden got its original title back, the healing process really began when a local family donated a bronze Buddha, starting the restoration of Asian culture on the grounds. 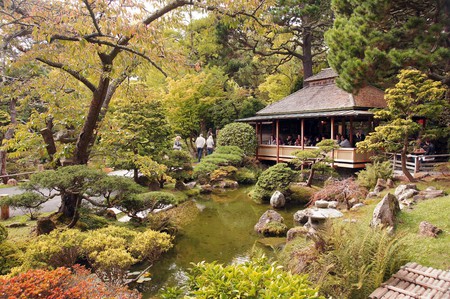 After the signing of the Japanese Peace Treaty in San Francisco in 1953, another peace offering was given to the garden. Thanks to small donations by the children of Japan, the Lantern of Peace became a part of the Japanese Tea Garden. This 9,000-pound structure was presented by the Japanese Consul General at the time, Yasasuke Katsuno. The Lantern of Peace acted as a much-needed symbol of friendship between Japan and the United States’ future generations. During this same period, a “Peace Garden” and a traditional karesansui (rock garden) was added to the grounds.

Makoto Hagiwara’s memory, as well as that of his family, were honored in 1974 when a plaque was gifted to the Japanese Tea Garden.

Despite all the efforts of bringing harmony back to the Japanese Tea Garden, it wasn’t until 2009 that the garden’s management was put back into the care of a Japanese family.

Presently, the Japanese Tea Garden continues to be a favorite spot in San Francisco. The grounds cover five acres and feature gorgeous zen gardens and the tea house. There, visitors can enjoy authentic Japanese refreshments while looking out at the koi pond. 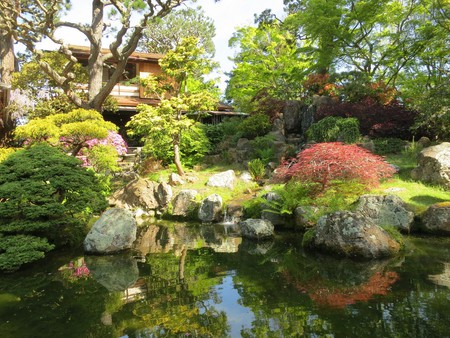 The Japanese Tea Garden has provided over 120 years of history and beauty—not to mention its contribution to San Francisco’s culture. It’s a landmark that will be treasured as long as it exists.