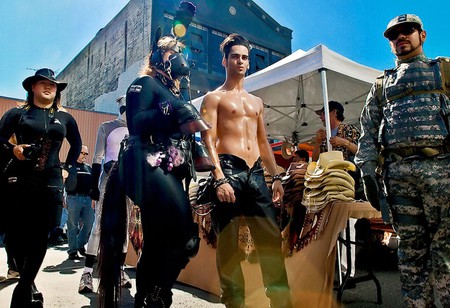 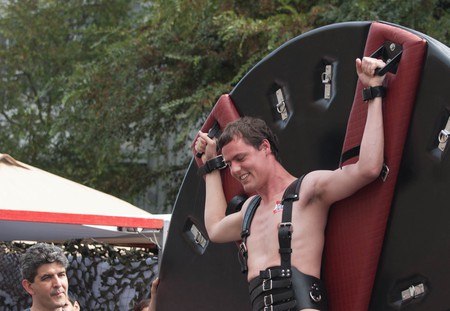 San Francisco, and especially Folsom Street, has been a hub for leather culture since the 1960s. The area gained widespread attention in 1964 when Life Magazine published an expose titled ‘Homosexuality in America’, featuring The Tool Box, a leather bar in the SoMa neighborhood. The article broke ground as the first time a national publication reported on gay topics, drawing leather fetishists from around the country to San Francisco. This surge of newcomers prompted the opening of almost 30 leather bars and establishments by the end of the 1970s. 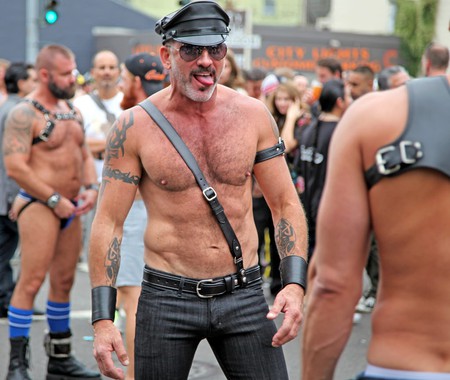 Folsom Street Fair | © he who would be lost/Flickr

Before Folsom Street Fair was conceived, there was the California Motorcycle Club Carnival. This smaller festival brought members of the gay, leather and BDSM community for dancing and celebration. The carnival was held indoors annually from the mid-1960s to the mid-1980s, featuring DJs, vendors and a room for casual sex. The event hosted more than 4,000 attendees in its final year before it was halted due to the AIDS epidemic that devastated the community. The carnival was organized by the CMC and other gay motorcycle clubs, which were known for hosting charity events and benefits. These clubs inspired the formation of Dykes on Bikes, a lesbian motorcycle club, which would go on to host the first ever San Francisco Pride Parade. 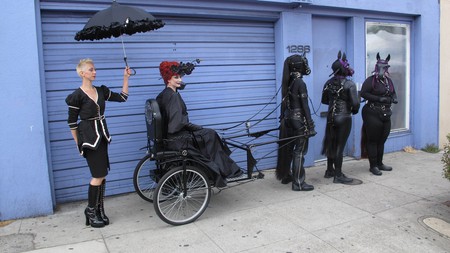 As the LGBT and leather communities were weakened by the AIDS crisis, they had difficulty fighting the city’s proposals to redevelop the SoMa neighborhood; as a result, many of the once-thriving bars and bathhouses began closing in the mid-1980s. In response, local activists decided to throw the first Folsom Street Fair, aiming to fundraise while increasing visibility and education for their communities. The event grew as a non-profit organization and has since developed to raise a whopping $300,000 each year. The funds are donated to a variety of charities working in public health, human services and the arts. 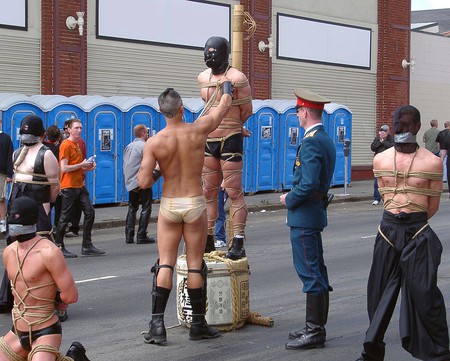 While the fair’s organizers have consistently kept positive relationships with city officials, they have occasionally been the focus of controversy with other organizations. In 2007, the fair’s official artwork included a recreation of The Last Supper, featuring a leather Pride flag as a tablecloth and a variety of sex toys strewn across the table. The artwork upset some religious groups, who threatened to boycott Miller Brewing Company, the festival’s main sponsor that year. As a result, Miller requested the removal of its logo from the festival’s poster. Despite such controversies, the wide success of Folsom Street Fair has inspired the creation of a number of imitation festivals over the years. Folsom Street East was established in New York City in 1997, then in 2003 Folsom Europe was created in Berlin and Folsom Fair North began in Toronto.