The Most Inspiring Speeches By Women From San Francisco 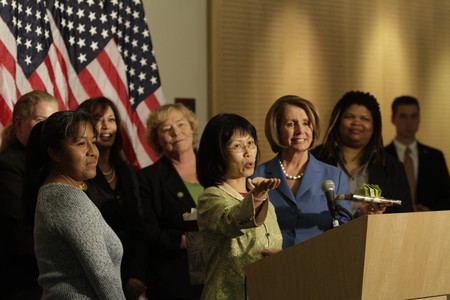 Even in the beautiful Bay Area, we all need encouragement once in a while. The following eight speeches, given by women who either grew up in or established themselves in San Francisco, are perfect motivations. From CEOs to civil rights activists, each woman shares an encouraging message, outlining her own personal struggles and attesting to the possibility of success, despite unavoidable obstacles.

Laura Alber’s Commencement Speech At The University Of Pennsylvania

Alber ventured to California post-graduation with no job, no connections and no money. Now, she is the CEO of Williams-Sonoma Inc. It may seem counterintuitive to proceed without a plan, and parents undoubtedly dread the uncertainty. Alber is not advocating laziness, however. Her ‘anti-plan’ is about the pursuit of, as she says, passion over rigidity and intention. She says that it’s okay and maybe even favorable to graduate without a plan. Alber’s speech is sure to encourage recent graduates and temporarily lost souls alike. Skip ahead to 12:20 in the video below to watch the speech.

Alicia Garza is a co-founder of the Black Lives Matter movement. In this speech, she discusses how to foster a meaningful movement and the responsibilities of social activists. Garza poetically speaks to the issues through eloquent and somber yet powerful language. ‘What are we willing to risk? What are we willing to test? How much more are we willing to love so we can bring forward this world that we need so desperately. Let us be guided by the mantra that none of us are free, until all of us are free.’

Theresa Sparks’s Speech At The Commonwealth Club of California

In this older but relevant speech, Theresa Sparks presents her inspiring journey as a transgender woman, enduring hardships, but ultimately becoming instrumental in changing social stigmas. Now the first ever transgender executive director of the San Francisco Human Rights Commission, she previously served as president of theSan Francisco Police Commission and CEO of Good Vibrations. Sparks clearly demonstrates that hate never wins. Though lengthy, her introduction is worth a listen as well. Watch the video here. 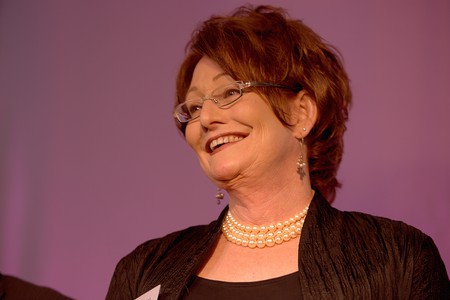 Jennifer Azzi at the Job Train Breakfast of Champions

Jennifer Azzi, head basketball coach at the University of San Francisco and gold medal Olympian, repeats her mantra: be yourself, have a vision, and embrace obstacles. She addresses traditionally gendered careers and dissembling external limitations, including prejudice against sexual orientation. Above all, Azzi emphasizes going for your gold. ‘I often think that sometimes when you look at those times you miss, that maybe that was just your bronze, and your gold medal lies in another opportunity.’

‘Let Us Commence’ by Anne Lamott

In yet another commencement speech, Anne Lamott reminds students to take moments to breathe. She mentions how she ‘forgot’ to graduate from Goucher College, instead, dropping out to become a writer. While encouraging the pursuit of artistic dreams, Lamott simultaneously stresses the importance of truly tasting life: a concept becoming ever more important as we become consumed by technology. Lamott speaks to the different paths we will all take as individuals and makes it clear that success is not fulfilling on its own. So, ‘slow down if you can. Better yet, lie down,’ to absorb her wisdom. Watch the video here. 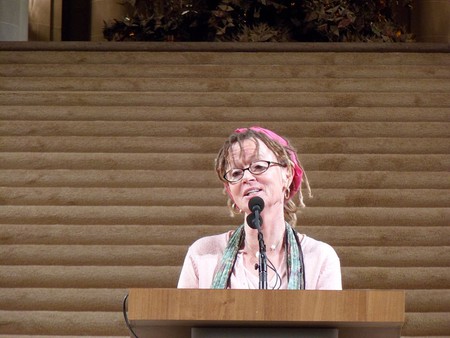 Amy Tan, the award-winning author of The Joy Luck Club, presents a thoughtful talk about creativity. Addressing her own needs as an author, she delves deep into an impressive, cerebral discussion. Why and how do things happen? How do I make things happen? Listening will make you question your own methods and help you along the way when creative juices just won’t flow.

Kamala Harris’s Speech At The Women In Leadership Conference

Kamala Harris challenges the barriers women face in the workplace with major spunk. Harris became the first African-American and the first woman to serve as California Attorney General. Her talk is centered on the idea that in order to break into leadership, women have to break barriers along the way. But, that isn’t a bad thing. Breaking barriers shape leaders. According to Harris, all great things that can be done have not been done. Choose innovation over stagnation, set big goals, and know that you can do it.

Last but not least, filmmaker and actress Jennifer Siebel Newsom tackles media issues in her TED Talk for TEDxWomen. Newsom underlines the influential role media holds in young women’s lives by bombarding girls with harmful messages based only on beauty and sexuality. As Newsom says, ‘our culture is learned, and it can be unlearned.’ Through staggering statistics and a straightforward message, Newsom presents a hopeful call for rapid change.