8 California Photographers to Watch Out For 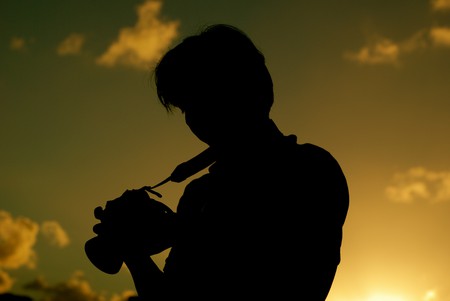 California is a great destination for photographers | © Azri / Flickr

California is a known mecca for aspiring actors, musicians, and Instagram fitness icons. It’s the destination for the most talented computer engineers and tech entrepreneurs, belonging to some of the most famous and infamous tech hubs in the world. But, California’s attractions extend to some of the world’s foremost visual artists and photographers. It’s unsurprising, given the hyper-attractive LA population and the equally-matched landscapes that populate the entire state. Here are some of California’s most notable photographers to watch for, from LA to the Bay Area.

Randolph, who posts on Instagram as Lauren Lemon, is a commercial photographer based in Los Angeles. Her high-profile clients include ABC, the Academy Awards, Disney, Google, and NBC (among many, many others). Randolph says she’s inspired by color, character, and location — and that inspiration certainly shows in her work, which is candy-colored and grabbing.

I’m thrilled I finally got to experience this multicolored spotted heaven. Yayoi Kusama is a joy and inspiration. Nothing but smiles from room to room of this exhibition. 💛❣️

Her distinctive world view comes through in every photo she posts, and you can easily get lost for hours scrolling through her Instagram feed.

Douglass is another LA-based photographer with a unique eye and a long roster of prestigious clients, including Apple. “I like to incorporate humor, absurdity and surrealism,” he told Time. “My images tend to be very minimal and design-driven.”

Douglass also describes pizza as his “muse” and features the delicious dish prominently in his work. He even did a special project dedicated to his inspiration in January 2017.

reunited with my muse for a special project this month 💕

Emmons is a SoCal native and renowned fashion photographer, working on a variety of platforms. His past works have appeared in Nylon, Refinery29, and W. He’s also shot for major brands like Forever 21, Estée Lauder, and Sony Music. One look at his work makes it clear to see why fashion and beauty brands clamor to hire Emmons.

In addition to photography, Emmons also works as a creative director, videographer, and graphic artist.

San Francisco-based photographer Cocu Liu specializes in street-stopping urban stills and lifestyle photography. His knack for capturing the heart of the Bay Area, especially in low light, is nothing short of breathtaking. Liu’s work is often the subject of real-life scenery, and transports you into the heart of the city he’s in.

Bell, a Los Angeles-based photographer, claimed that photography began as a hobby before turning into an obsession and, eventually, a career. She views photography as a way to capture the moments passersby tend to gloss over and forget about in the modern world. Bell can often take something as simple as a stray cat and make it a captivating image of city life.

Her work is notable for its use of balancing colors and strong backdrops.

Kepka is an Emmy award-winning photographer with more than 20 years of photojournalism experience under his belt. At his video company, Kepka House, he leads a team of videographers, producers, and animators who specialize in documentary-style storytelling. His photography testifies to his filmmaking style in its own right.

Kepka’s Instagram feed is full of black and white images capturing moments of large and small magnitude from around the U.S., including many from Washington, D.C.

Ingraham isn’t a professional photographer. He’s actually a musician, but he captures captivating moments in his free time. The Los Angeles-based artist snaps his photos using the most common camera of all: his phone. His black and white Instagram feed provides a haunting journey through some of LA’s wildly different neighborhoods, and, serves as a reminder that anyone with a keen ability to observe can capture a moment like a professional.

His work features every neighborhood from Venice…

Along the Avenue #venicebeach #losangeles

"A person's a person, no matter how small." — Dr. Seuss. #losangeles #dtla

Allard is another non-pro on this list. A writer by trade, Allard spends his free time snapping lifestyle photos that are so quintessentially Los Angeles that they appear almost less than real. You know, much like Los Angeles itself.

In addition to his visually-striking photography, Matt has published two collections of short stories, To Slow Down The Time and Pops and Clicks, and he is currently working on his first novel.

👨🏼‍💻 Writing at the kitchen table this morning…still like to have everything at my fingertips though. (I tagged a bunch of my favorites, just because—tap if you’re curious.) OK, now back to work, bye.