The Songs That Capture San Francisco In The 1940s 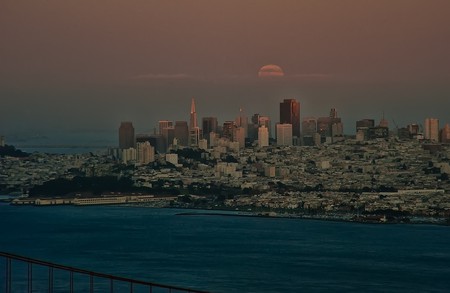 After the Great Depression and during the 1940s, the war effort was in full swing in San Francisco. The city was building itself up, men made a living for themselves working at the docks, and women worked in the factories. Without the pleasures of television or coffee houses, San Franciscans shared hard times, but nonetheless had some great times in this vibrant city.

This record captures the strong yearning for life in San Francisco. As it became a major city and its population saw the fastest growth rate in history, San Francisco was definitely the place to be in California.

During World War II, many men took to the docks to earn a living and contribute to the war effort at the same time. With its strong trumpet sounds, this song gives helps listeners understand how hard these men worked.

Because of war rations and the fact that most of the population was working class, many people were impoverished. Through their dedication to the war effort, San Franciscans depended on each other to get by.

Built in 1933, the Golden Gate Bridge is San Francisco’s most recognizable landmark. It quickly became a legendary spot for San Franciscans and visitors alike, and during the 1940s, it was a symbol of the city’s hard work.

Once World War II ended, San Francisco breathed a collective sigh of relief and reveled in the Allied victory — plus, many people could finally welcome their loved ones back from overseas. What could be better than coming home to beautiful San Francisco and reuniting with your family?

During World War II, women took up men’s jobs, and even after the war, women were encouraged to stay in the labor force or enter it for the first time. This gave many women a newfound sense of confidence.

After the Second World War, religion was revitalized — couples started families and filled local church pews to create a sense security and respectability. This view of religion helped to further build up the city of San Francisco.