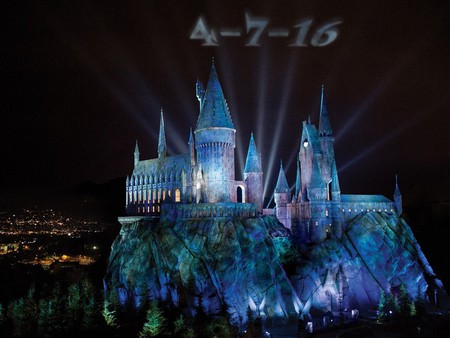 Get ready, muggles. Here’s a taste of the magic that’s coming your way when you visit the Wizarding World of Harry Potter in Los Angeles.

Ron, Harry, and Hermione may have warmed up with the butterscotch-tasting Butterbeer at the Three Broomsticks, Hogsmede’s anchor tavern, but at the park it’s served cold or frozen. If you’d rather take your Butterbeer in ice cream form, that’s an option, too. You can also dine on fish and chips, shepherd’s pie or a Cornish pasty along with other British fare at the tavern, a go-to spot for Harry during his Hogwarts days. 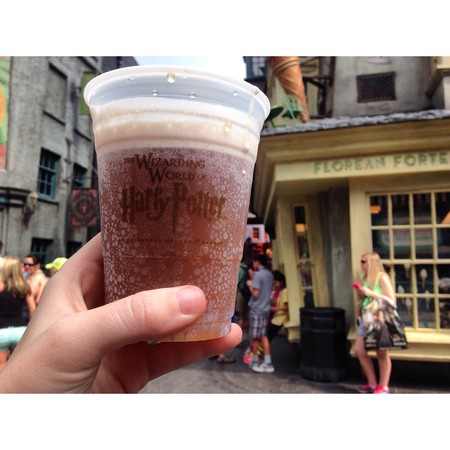 At Olivander’s, the wand chooses the wizard. The shop, known throughout the Wizarding World for its fine wands, sells even those of your favorite Harry Potter characters. Have you dreamed of having a wand like Hermione’s? At Olivander’s, you can buy it. You can also brush up on your ‘Wingardium Leviosa’ with an interactive wand at designated areas throughout the Wizarding World. You’ll be a pro in no time. 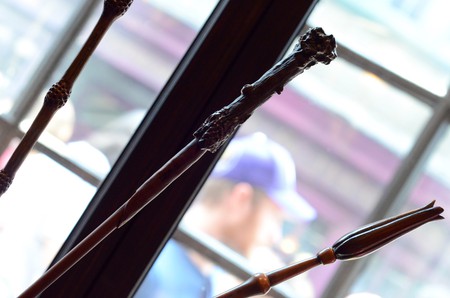 This Honeydukes may not have a secret passageway to Hogwarts, but it will let you embrace your sweet tooth in much the same way that Ron Weasley does. If you’re feeling adventurous, try Bertie Botts Every Flavour Beans and hope you don’t get the vomit-flavored one. Or you can get a chocolate frog, complete with collectible holographic cards of famous witches and wizards. But watch out. The frogs have a tendency to hop away. 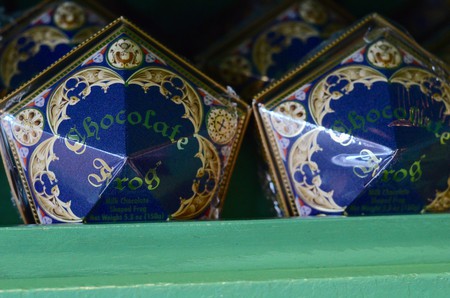 ‘What did you expect? …Pumpkin juice!?’ Hogwarts nurse Madame Pomfrey asked Harry after he spat out his Skele-Gro. Mirroring its widespread availability in the Wizarding World, this sweet pumpkin and cinnamon-flavored beverage can be purchased at kiosks, shops, and restaurants in the park. The cute, resealable pumpkin caps will make you feel like it’s pumpkin spice season all over again. 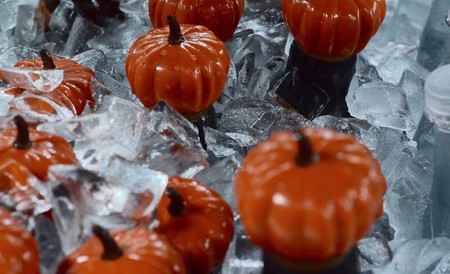 Get ready for back-to-school at Hogwarts (or future visits to The Wizarding World of Harry Potter, for that matter) with robes and apparel designed for Gryffindor, Ravenclaw, Hufflepuff, and Slytherin. Don’t worry; you won’t look like Ron did in his ugly dress robes for the Yule Ball. The shop also boasts hats, accessories, and jewelry. Don’t worry if you’re a muggle. Just look the part.

If getting mail via Hedwig is more your style than carrier pigeon, check out Owl Post. A snail-mail-lover’s paradise, the shop sells Harry Potter postage stamps, stationary, and owl-related toys to keep your mail Harry Potter-themed outside of the Wizarding World. No need to get your own owl. At the store, you can also send a letter to a friend complete with Hogsmede postmark. They may think they’re getting their Hogwarts acceptance letter after all. 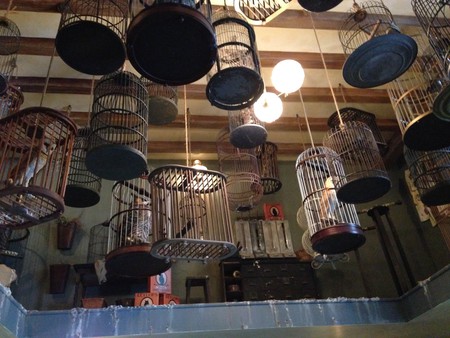 Hogwarts was central to Harry’s life, serving as his school and his escape from the horrors of living with the Dursleys. It’s also the face of the Wizarding World at the park. Enter the Hogwarts castle and ride Harry Potter and the Forbidden Journey, which ventures through the school and beyond in a simulated experience. If rides aren’t your thing, you can still experience Hogwarts by walking through Dumbledore’s office, a classroom, and to view the sorting hat. Which house will you be sorted into? 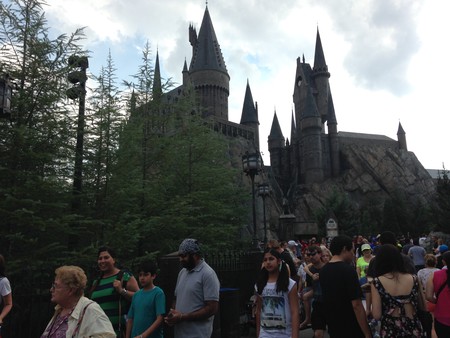 Visiting the Wizarding World comes with a $100+ price tag, and while there are some discounts if you purchase your tickets online, they are slight. Still, has Hogwarts ever been closer.