There are many reportedly haunted locations in the city of San Francisco, California. In fact, the Bay Area’s nine counties are home to some of the most haunted spots in the country, including Alcatraz, Fort Mason, and Winchester Mystery House. Here are some of the most infamous spots, guaranteed to give you chills. 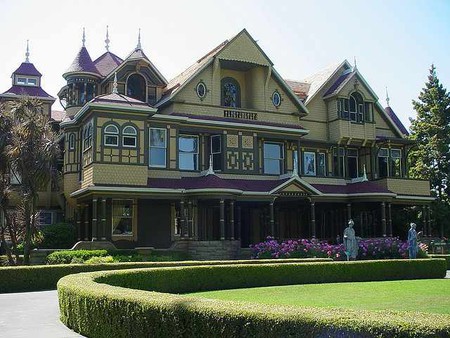 Would you believe that this place is called the “most haunted house in the world” on a regular basis? San Jose’s Winchester Mystery House was originally built by Sarah Winchester, who was the widow of rifle tycoon William Winchester. The creation of this home was maddening, in a crazy nonstop push beginning in 1884 and ending with her death in 1922.

According to spooky legend, after her husband died from tuberculosis, Mrs. Winchester recruited the aid of a Boston-area psychic. He told her that her family was being cursed by the spirits of everyone killed by her husband’s rifles. As silly as that sounds, in order to appease these said spirits, she was told to move out west and take advantage of the large fortune she had, and use it to build a giant temple in their honor. It seemed simple enough, but the curse would only be kept at bay as long as construction of said temple never ceased. If it did, the spirits would take their revenge by killing her. So Sarah bought a plot of land a few miles outside of San Jose and spent the rest of her life building. To this day, there are still tales of ghostly sightings and paranormal activity told by visitors.

In issue #45 of DC Comics’ Swamp Thing, legendary writer Alan Moore penned a ghost story featuring a house based on the Winchester mansion. In Moore’s story the ‘Cambridge House’ is haunted not only by cowboys, Indians and suicide victims, but also a number of slain animals killed by the Winchester rifles. 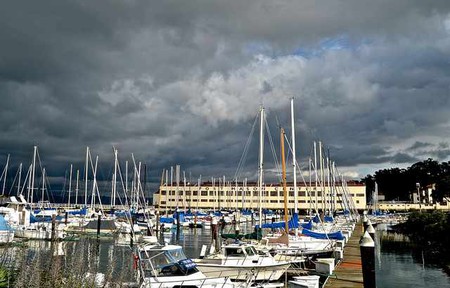 At the end of Franklin street in Fort Mason is the spot where U.S. Senator David Broderick was shot during a duel with State Supreme Court Justice David Terry in 1857. On Monday morning, the San Francisco sheriff came out to stop the politicians, but a judge decided no law had been broken, at least not yet.

The duel was rescheduled for the next morning. Both men, their seconds, and about 80 spectators were in attendance. Broderick was allowed to choose where he would stand, with the rising sun at his back. Terry got the right to choose the weapons for the both of them. He picked .58-caliber Belgian pistols.

Although Broderick was an expert shot, Terry had been practicing with the Belgian pistols, which had a hair trigger. Any sudden movement would cause the gun to fire. Terry’s practice saved his own life, and he shot and killed Broderick on the spot. When the military had ownership of Fort Mason, officers staying at the Haskell House reported seeing Broderick’s ghost pacing back and forth. Others reported seeing shadows or felt someone following them. The house currently serves as a home to park tenants. 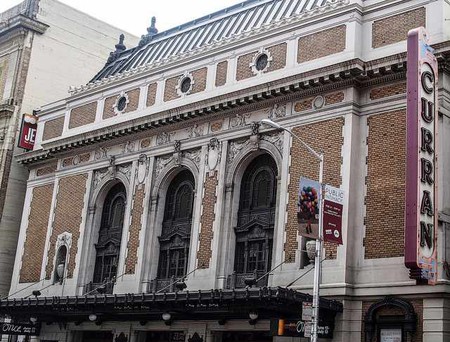 The Curran Theater is a historical building with amazing architectural details that will stun you. Guests looking into the mirror in the building’s lobby have reported seeing the ghost of a ticket-taker—presumably the same ticket-taker who was murdered inside the theater in the 1920s. This place is also haunted by a cashier killed during a robbery in 1933 and by a young girl killed by a street car in the 1950s. Curran operated another theater with his name for several years prior to building the current theater. However, the original Curran Theater had various names, whereas the current theatre has never had another name. The theater opened in February 1922, and it was initially considered a Shubert House. Later, it was a showcase for Theatre Guild presentations. Subsequently, it became closely associated with the Civic Light Opera (CLO) which also operated in Los Angeles. The CLO obtained numerous prestigious bookings as well as produced their own shows (often with star names as the leads). 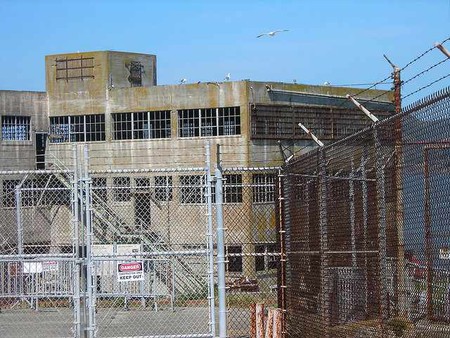 Perched on a rock in the middle of the San Francisco Bay, Alcatraz isn’t just America’s most famous prison site, it might also be the most haunted. Tales of spirits inhabiting the halls of Alcatraz abound, however, the most interesting story comes from a park ranger who claims he once heard banjo music coming from the old shower room, but he found nothing when he went inside. There was only one inmate ever given free license to play his banjo in the shower, the infamous mobster Al Capone. Spirits that continue to lurk in the shadows of the often fog-enshrouded island have been heard, seen and felt by both the staff and visitors to Alcatraz. The sounds of men’s voices, screams, whistles, clanging metal doors and terrifying screams are said to be heard within these historic walls, especially near the dungeon.

While the island served as a federal penitentiary, a number of guards reported extraordinary experiences. Some say they heard the sounds of sobbing and moaning, terrible smells, and reports of what they called ‘The Thing,’ an entity that was said to appear with glowing eyes. Other reports were made of phantom prisoners and soldiers appearing before the guards and families who lived on the island.