The Best Places To Brew Your Own Beer In The Bay Area, San Francisco

The San Francisco Bay Area is known for the recent explosion of tech startups, but it also boasts an impressive beer production industry with nine new breweries. Of those nine, there are three that stand out among the rest: Diving Dog, Ferment.Drink.Repeat (FDR) and Black Sands Brewery. These three breweries combine a traditional supply shop with a place to drink and brew beer. Here’s a closer look at these innovative new breweries in the Bay area. 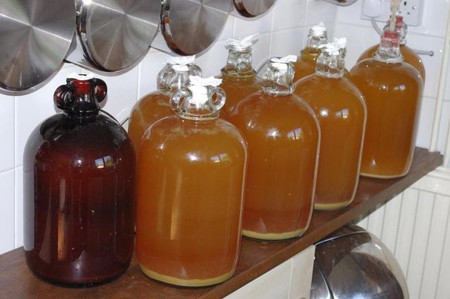 Ferment.Drink.Repeat, aptly abbreviated FDR, proclaims to be a brewery incubator. Located in the Portola District, they are establishing a process to hire award-studded homebrewers, old and new, to make a name for themselves in the hopes of creating their own professional brewery in the future. They use large-scale equipment with complete creative license and have the ability to brand their featured beer in the public taproom. As stated in the video on their CrowdBrewed site, ‘The idea is to allow homebrewers who have paid their dues and shown great brewing capability’ to start developing a ‘future brand’ for themselves. 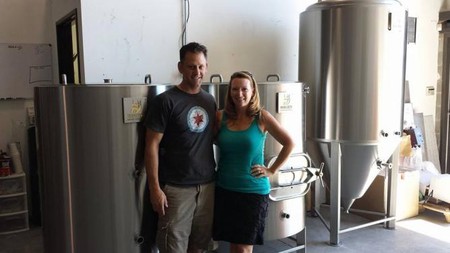 The Black Sands mission is ‘to spread knowledge, create a community and teach homebrewers that they can make great beer at home.’ In addition to beer, they serve coffee, small plates and a curated selection of wines and meads, all with a strong emphasis on farm-to-table ingredients. Current collaborations include a dark beer brewed with De La Paz Coffee and a robust porter using grains from the meat smoker at 4505 Meats on Divisadero. If you don’t have the chance to check out Black Sands in person, they offer homebrew kits and classes on their website as part of an initiative to ‘open source’ beer. 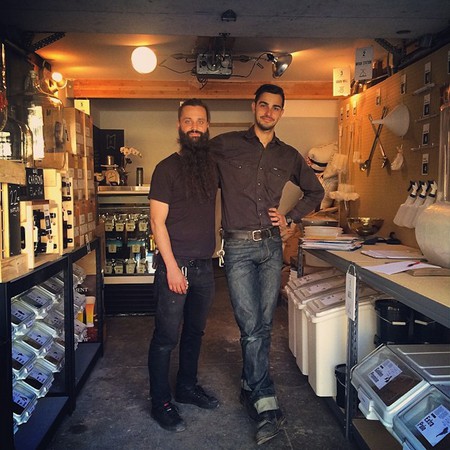 Diving Dog is a Brew on Premises (BOP) site offering full-grain brewing classes on one of six available systems. Each system includes the tanks and equipment necessary to produce 12 to 15 gallons (approximately one keg) of beer that will ferment for approximately two weeks, depending on the style. Once fermentation is complete, customers must return to the brewery to bottle their beer and add custom labels. Diving Dog gives people an opportunity to brew beer without the initial startup costs since they’re allowed to test-drive the equipment before purchasing. 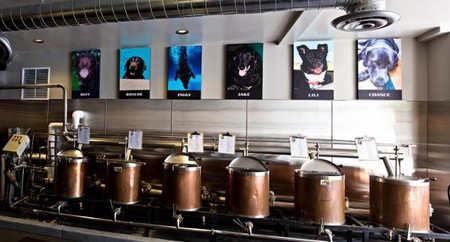 Courtesy of the Diving Dogs
Give us feedback