10 Things To Do In San Francisco’s Nob Hill District

One of San Francisco’s signature neighborhoods, Nob Hill is best known for its landmarks and luxurious hotels. Yet the home of Grace Cathedral and the Fairmont Hotel also has wonderful restaurants, a beautiful park, and an eclectic mix of specialty shops. Parts of the neighborhood are frozen in a bygone age of glamour, ready to transport the willing to amazing adventures. 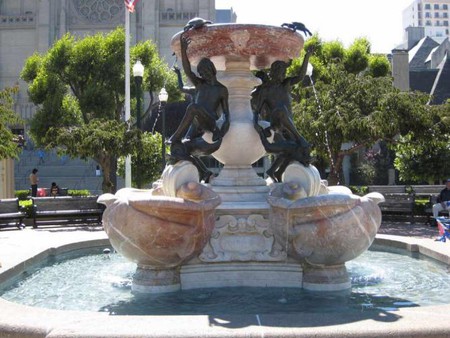 Fountain of the Tortoises at Huntington Park | © Marcel Sprauge/ Flickr

Created from the rubble of the 1906 earthquake, Huntington Park is right in the heart of Nob Hill. With its shady benches and children’s playgrounds, it’s the perfect spot to take a break after hiking up one of San Francisco’s steepest hills. Be sure to check out the replica of the Roman “Fountain of the Tortoises” in the park’s center. 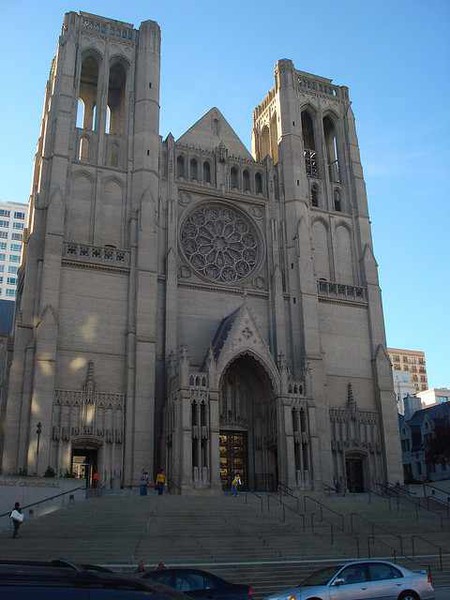 One of San Francisco’s most iconic landmarks after the Golden Gate Bridge, Grace Cathedral sits next to Huntington Park with its Gothic European splendor. The West Coast’s largest Episcopal cathedral, Grace Cathedral boasts beautiful stained glass and bronze doors made from casts of the baptistery in Florence, Italy. Two meticulously-designed labyrinths for contemplative walking are located on the church grounds, one inside and the other in the gardens. The outdoor labyrinth is made of terrazzo stone while the inside is woolen tapestry. 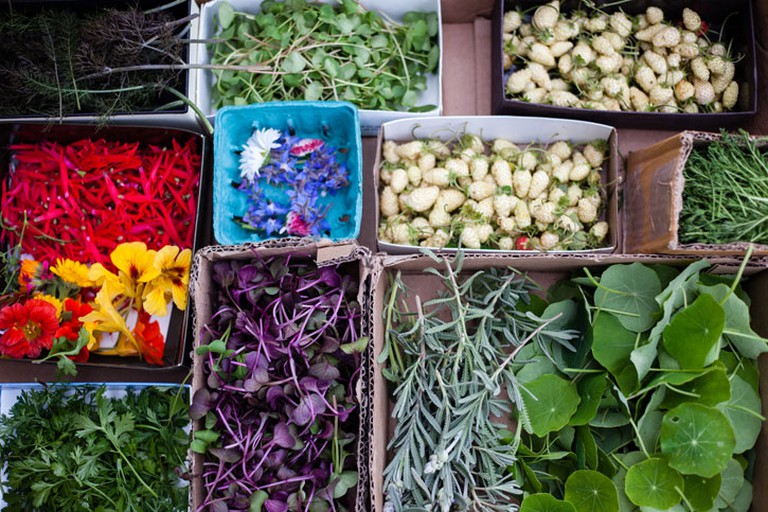 An innovative restaurant with just 28 seats, Sons & Daughters creates beautiful dishes using only the freshest ingredients available. The nightly nine-course prefix menu is ever changing and includes a wine program to find the perfect pair with each course. The restaurant is full of personal warmth and character, making it the perfect place to celebrate anything from a birthday to a lovely San Francisco evening. 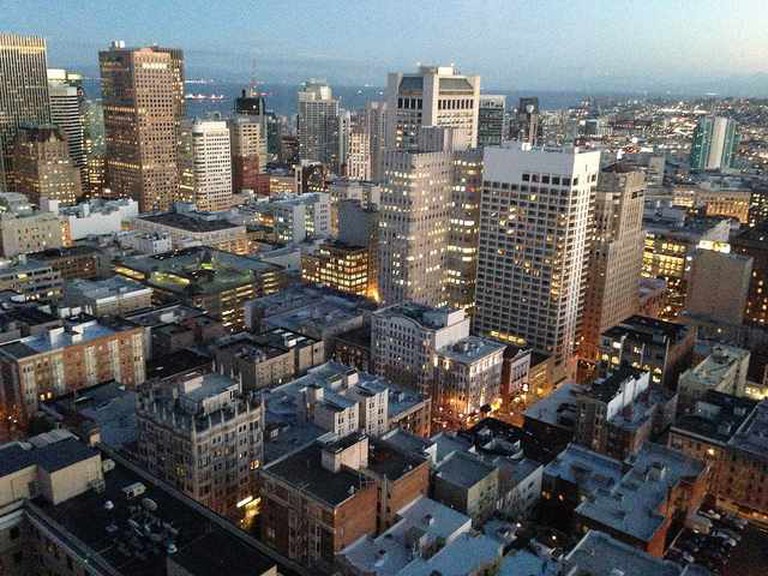 Top of the Mark View | © Kevin Krejci/ Flickr
Located inside a small nondescript building on California Street, You Say Tomato is the best kind of specialty store. Full of British goodies such as sweets, chocolate and tea, it makes for a great place to satisfy your Anglo-curiosity or fulfill the British expat’s need for fruit pastilles and good English beans.
Open In Google Maps
1526 California Street, San Francisco, California, 94109, USA
+14159212828
Visit Website
Give us feedback

Top of the Mark

Bar, Cocktail Bar, Hotel Restaurant, American, $$$
Facebook
Email
Twitter
Pinterest
Copy link
Share
Map View
For classic Nob Hill night life, check out Top of the Mark’s bar on the roof of beautiful Intercontinental Hotel – an experience that makes you feel on top of the world. Their signature cocktails are a nod to several San Francisco attractions such as the Golden Gate and the Alcatraz. More than just a bar, be sure to take a spin on the dance floor, indulge in a prix fixe dinner or partake in champagne Sunday brunch.
Open In Google Maps
999 California Street, Lower Nob Hill, San Francisco, California, 94108, USA
+14156166916
Visit Website
Give us feedback

Bookstore, Shop
Facebook
Email
Twitter
Pinterest
Copy link
Share
Map View
Founded in 1941, the Argonaut Book Shop has become ingrained as a San Francisco institution, which is good seeing as it is a shop that specializes in San Francisco. The Argonaut is one of few specialized booksellers remaining that focuses solely on California history and americana, along with rare books, maps and prints. Entering the Argonaut is like entering an organized history nut’s brain: once you’re in, it’s hard to leave.
Open In Google Maps
786 Sutter Street, Lower Nob Hill, San Francisco, California, 94109, USA
+14154749067
Visit Website
Give us feedback 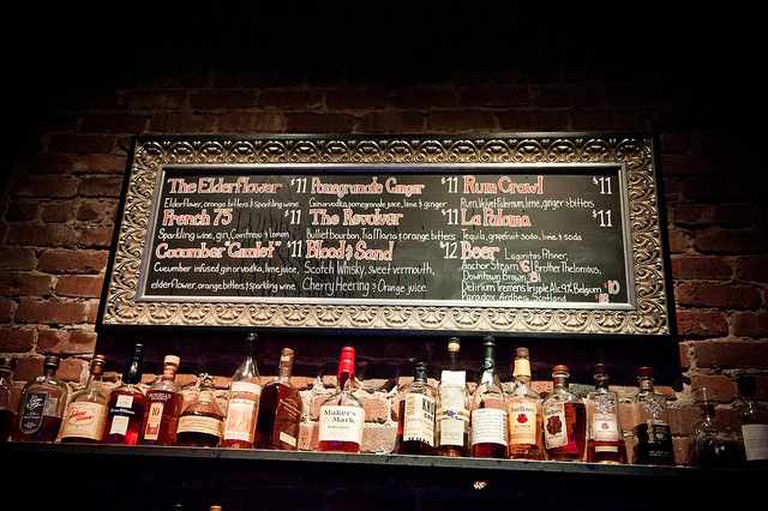 Bourbon and Branch | © star5112/ Flickr
As one of San Francisco’s most well known symbols, the cable car holds a special place in every San Franciscan’s heart. Founded in 1974, the Cable Car Museum began as an educational non-profit with free admission for all interested in the integral role the cable car played in San Francisco’s past and present. On display are various mechanical devices such as cable, grips, track, and brake mechanisms along with three antique cable cars. The museum sits directly on the modern cable car line, letting visitors have a hands-on experience with the brilliance of the cable car in San Francisco’s hilly landscape.
Open In Google Maps
1201 Mason Street, Nob Hill, San Francisco, California, 94108, USA
+14154741887
Visit Website
Give us feedback

Bourbon and Branch is a true blast from the past for all over the age of 21. A renovated 1923 speakeasy, Bourbon and Branch guarantees an authentic probation-era experience (give or take a few sequins). Serving only artfully-crafted drinks, or libations as they’re called within the Bourbon and Branch walls, this bar is the perfect place to go when you want both a classic cocktail and a good time. For the full bar experience, it is essential to make a reservation, though they also have a “secret” library for cocktail sampling. To enter you must ring a buzzer and whisper the password which can be found on the website. From there you will be escorted to the secret location covered in floor to ceiling books from the twenties and before.
Open In Google Maps
501 Jones Street, Tenderloin, San Francisco, California, 94102, USA
+14153461735
Visit Website
Give us feedback 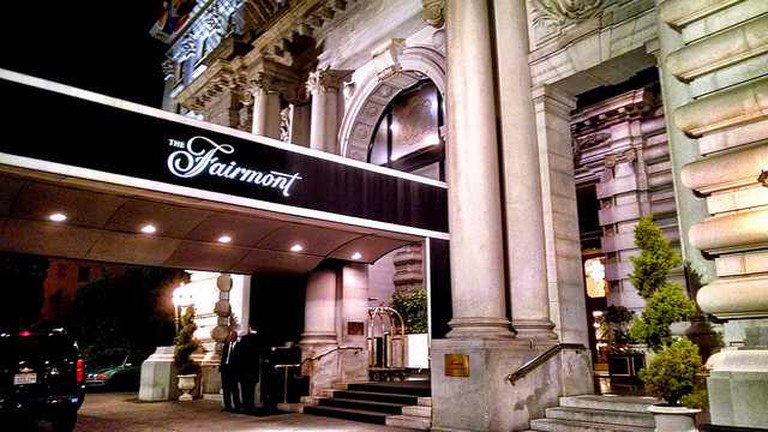 The Fairmont San Francisco Hotel | © Travis Wise/ Flickr
The Masonic is simply one of San Francisco’s coolest concert venues. Originally opened in 1958, the center reopened last year after massive renovations, which resulted in a space unlike any other. The new general admission and tiered levels brings the maximum capacity to a whooping 3,300. Musicians from pop star Meghan Trainor to the eternal Ringo Starr will be playing in the upcoming lineup. Music lovers able to catch a show at the Masonic Center are in for an amazing treat.
Open In Google Maps
1111 California Street, Lower Nob Hill, San Francisco, California, 94108, USA
+14153437582
Visit Website
Give us feedback 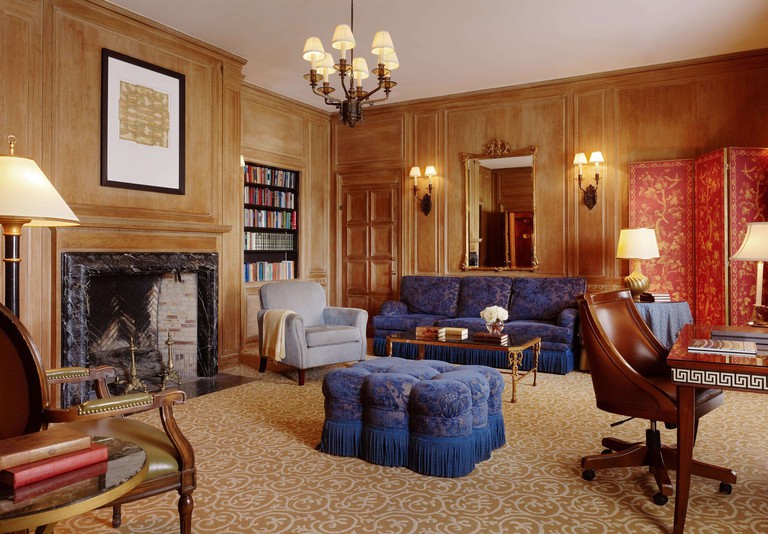 Courtesy of Fairmont San Francisco / Expedia
View Rooms
The Fairmont is a picture of historic San Francisco. Located on the cable car line, it boasts tasteful luxury that has been the San Francisco location for every President since Howard Taft. Founded in 1902, construction was halted after the tragic 1906 earthquake. Nonetheless, construction was completed in 1907 with Northern California’s greatest architect, Julia Morgan, at the helm. Within the last few decades the entire hotel has been refurbished and updated while keeping with the understated beauty that gave it the nickname “The Grand Dame” of Nob Hill.
More info