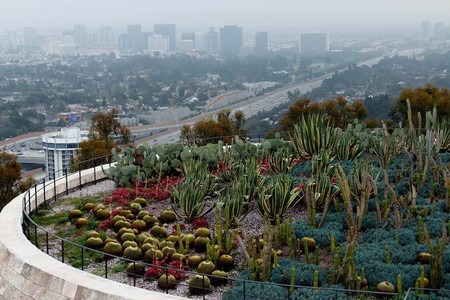 Not all habits need breaking. Spend enough time in Los Angeles, and you’ll find your behavior shifting ever so slightly. Your trunk will be teeming with reusable bags; your palate will expand; even your vocabulary will change just a bit. Here are 10 ways you might change should you call yourself an Angeleno long enough.

At first, people have the misconception that Los Angeles is always warm and sunny. That’s largely true, as gray, rainy days are rare. However, it only takes one big dip in the temperature from day to night to realize that a light sweater or jacket is always advisable if you plan to be out after dark.

Stews are great, but one can’t help but getting into all sorts of fresh fruits and veggies after a stint in L.A. Year-round farmers’ markets, restaurants with an emphasis on seasonal cuisine, and the abundance of neighborhood fruit carts all contribute to a rekindled romance with plants. 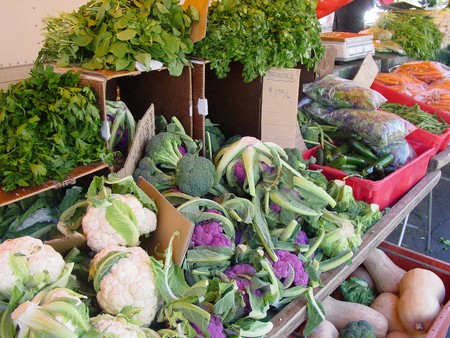 An interest in the entertainment industry

While not everyone in Los Angeles works in film or TV, it is where quite a bit of it is made. You’d be hard-pressed to have a robust social life without knowing at least a few people who work in the entertainment industry on some level. You’ll soon become aware when it’s nearly time for the Emmys due to the “For Your Consideration” billboards that spring up all over town, and you’ll realize that avoiding Hollywood Boulevard during the Oscars or a popular premiere is a must if you want to get to your engagements on time. And those blue slips of paper you see taped to gates and front doors? That’s a permit indicating filming is happening in the neighborhood. You might even find that your favorite TV show is filming at that hotel just down the street.

Saying “the” in front of freeways

Los Angeles is one of the only places in the U.S. where people add an article in front of freeway names. It’s the 101 North, and the 405, and the 10. Why? It dates back to when the freeways had names such as “the San Bernardino freeway” instead of designated numbers. When the rest of the U.S. began implementing similar road systems and number names became more common, Angelenos retained the “the.” 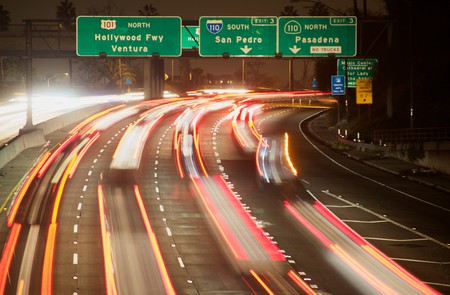 Going for a run, dropping into a yoga class, or lifting weights at the gym and all is well and good. However, if you spend enough time in Los Angeles, you might find yourself getting really curious about cryotherapy, injecting vitamins into your bloodstream, or working out in an actual sandbox. Of course, that’s after you’ve mastered the pre-brunch hike—a true sign that you’ve adopted an L.A. lifestyle.

Patios are paramount. The weather is so reliably great in Los Angeles that numerous restaurants and bars boast a patio—something that might be wasted space in the Midwest where they’d be covered in snow for a good four or five months. Here, if it gets a little chilly, we’ll bust out the heat lamps and call it good. (But bring a light jacket!) Sometimes, even your furry friends are welcome. 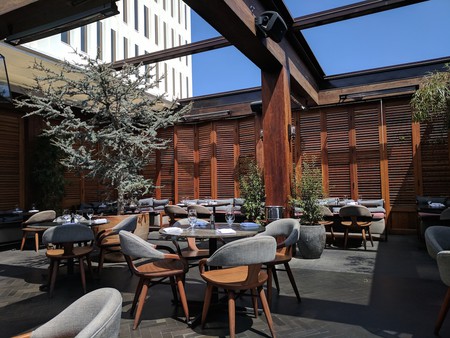 Bringing your own bags to the store

In an effort to cut down on waste, Los Angeles no longer offers free bags at the grocery store. Either you can bring your own reusable bags from home, or you can pay 10 cents per bag at the store. It’s good to have some paper bags on hand for cat fortresses and collecting the recycling, but after a while, it becomes second nature to grab your reusable bags before heading out to your local Trader Joe’s or Whole Foods.

Okay, so studies have shown that most people don’t develop a weed “habit,” contrary to what you may have learned in D.A.R.E. Yet California is a great place to finally (and responsibly) indulge in the plant known as cannabis. A medical marijuana card is easy to get, assuming you have $40 and even a vague reason as to why you’d like one, and shops should begin offering cannabis for recreational use in 2018. Knowledgeable “bud tenders” are happy to help explain strains, edibles, and CBD oils, while a variety of cannabis-related events cater to the social smoker. Some bars even offer cocktails made with cannabis terpenes, which some people believe have certain health benefits and anti-inflammatory properties.

While not exclusively a Los Angeles activity, L.A. does brunch very well, from bottomless mimosas and restaurants always one-upping each other on the most outrageous cuisine to the sheer amount of places you can get chicken & waffles. As the city isn’t much of a 4 a.m. last-call town, it’s occasionally worth getting up early on the weekends and meeting your friends at your local brunch spot. 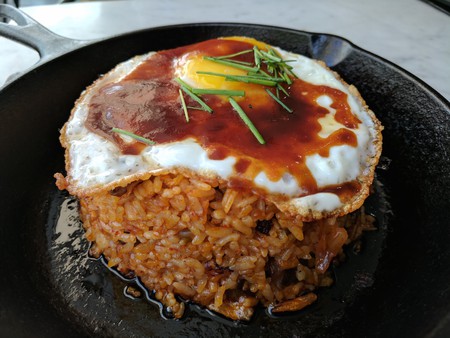 Los Angeles is in just the right spot for a really great weekend getaway. There’s San Diego to the south, San Luis Obispo and Ojai to the north, and Palm Springs and Las Vegas to the east. (While you can’t really go west given that it’s, well, the ocean, you could take a weekend trip to Catalina Island!) There are also numerous places to go camping in either the woods or the desert, depending on which direction you choose. You can even take a weekend trip to see snow if you head up to Big Bear or Lake Arrowhead in the winter.