The Magical Mathematical World of the Ancient Mayans 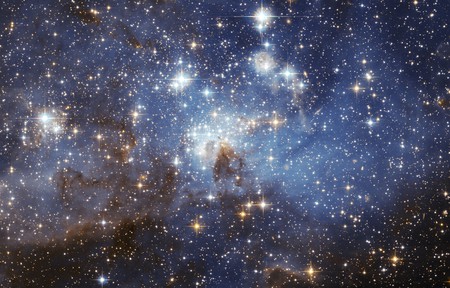 The Mexican Mayans were an advanced bunch when it came to the world of mathematics, establishing their own sophisticated numerical system and even figuring in an equivalent to zero. However, it wasn’t just dumb luck that gave them such stellar math skills, but rather these were talents necessitated by their (famed) use of detailed calendars and reverence of astronomy.

Centered around a vigesimal system (a.k.a. base 20), the Mayan method of numbering was likely developed from the tendency to count using fingers and toes, and was one of the many base 20 methods that cropped up in the history of other Mesoamerican cultures.

The Ancient Mayans also figured out the concept of true zero, independent of the mathematical developments of other civilizations, and are the first society whose use of this figure was documented. Even so, the Babylonians are said to have used a placeholder zero long before the Mayans, while the Ancient Egyptians floundered and never even figured out the concept of zero.

However, while the Mayans’ numerical system was advanced (and simple) for its time – allowing even the uneducated to add and subtract for commercial purposes – it can seem overwhelming and confusing to the untrained eye in the present day. This is principally because, as you would expect, they didn’t use ‘modern-day’ numbers (the credit for that invention goes to the Arabs), but rather symbols which represented numbers: zero was a shell, one was a dot and five was signified by a line. Once you’ve understood the basic concept, it’s actually far simpler than the too-confusing-even-for-the-Romans Roman Numerals system.

Interestingly, evidence points to the Mayans also using glyphs to represent these aforementioned symbols at times: one was an earth goddess, for example. They also wrote from top to bottom, rather than side to side. However, while assertions have been made that they were once in possession of the most advanced numerical system in the world, supporting evidence for that assertion remains thin on the ground.

This numerical advancement was sufficient to give them the basic tools they needed to excel at astronomy, plotting observations with surprising accuracy given that their number system didn’t allow for fractions and they only had sticks in their repertoire to help them out with alignments. In fact, they actually edge out European estimates in their assessment of the length of both the solar year and the lunar month, making their (still not flawless) Mayan calendar far more accurate than the previous European equivalent, the Julian calendar.