The Best Ruins to Visit Near Tulum 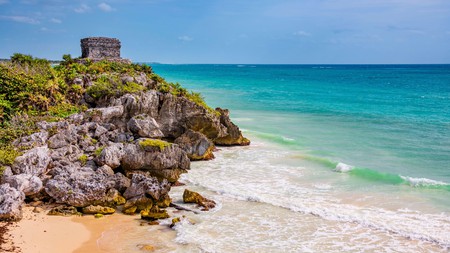 Tulum isn’t all about dazzling white sand, tropical temperatures and Tiffany-blue seas – although you won’t have to search hard to find any of those things. This hip Mexican destination was once the location of a Mayan walled city, situated on a cliff facing the rising sun and possibly known as Zama, meaning ‘dawn’. It’s now one of the world’s best-preserved coastal Mayan sites, offering tourists a glimpse of this extraordinary ancient civilisation – plus knockout Caribbean views – while other spectacular ruins are within easy reach by car or bus.

You can now book an exclusive tour with Culture Trip and explore the highlights of this incredible region on a nine-day Yucatán peninsula trip.

Temple of the Warriors 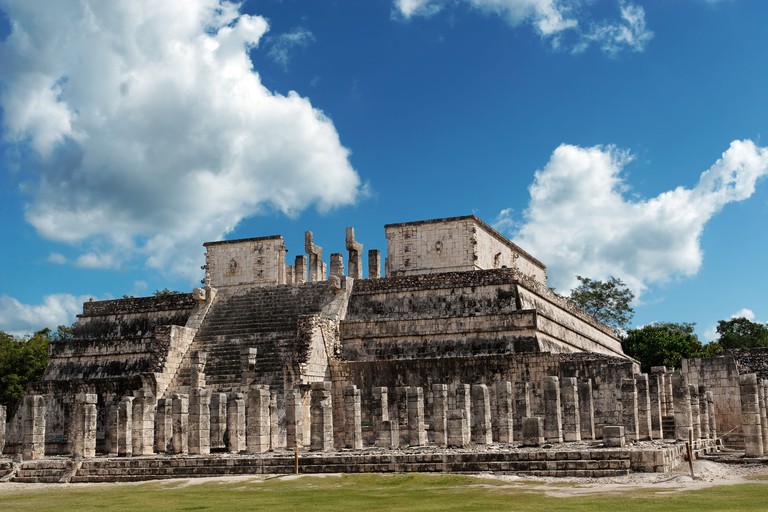 Temple of the Warriors, Chichen Itza, Mexico | © o Ann Snover / Alamy Stock Photo
Stand back and be wowed by this imposing site in Chichen Itza, often dubbed one of the New Wonders of the World. Comprising four platforms and 200 columns, the temple has a wide staircase leading to a Chac Mool statue holding a plate. He was believed to be a messenger to the gods and some believe the hearts of sacrificial victims would have been placed on the plate as crowds watched on below. 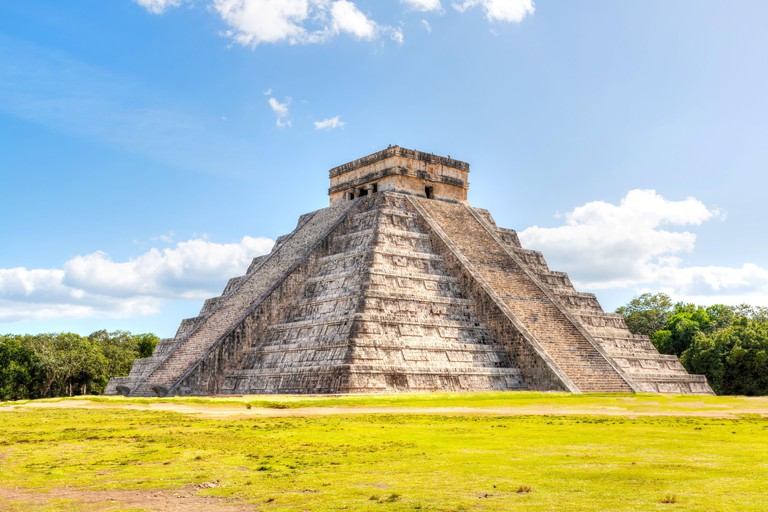 © Ronnie Chua / Alamy Stock Photo
You won’t struggle to find this spectacular stone pyramid, rising towards the sky in the centre of the Mayan city of Chichen Itza, around two hours from Tulum. At 25m (82ft), this structure was built over an original pre-Toltec building from around AD 800, with the current pyramid dedicated to Kukulcan, a Mayan snake god. The whole pyramid represents a calendar as there are four staircases with 91 steps each plus the temple platform, making 365 steps in total. 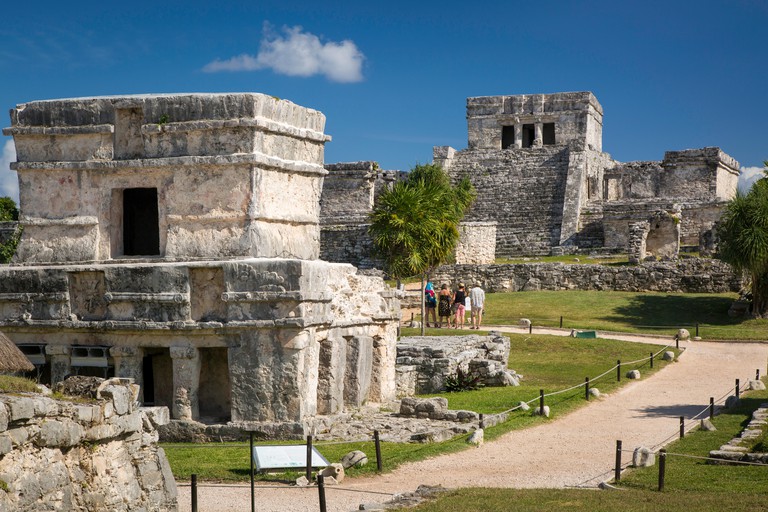 Swerve the crowds at the better-known Mayan ruins in Tulum and head to this lesser-known delight in Puerto Aventuras, about half an hour away. This Mayan temple is tucked away in a natural harbour within a gated residential community but if you ask really nicely at the gate, you should be allowed inside for a peek at this excellently preserved ceremonial building. Afterwards, cross the road for a stroll along the idyllic shoreline path. 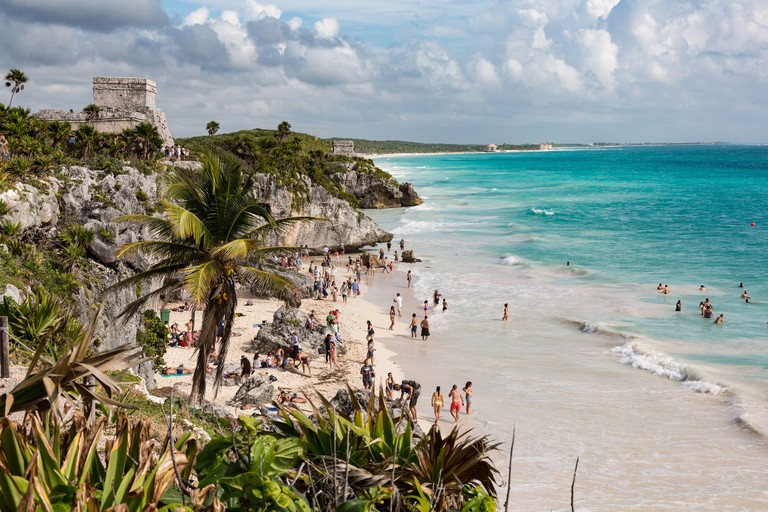 What could be better than a patch of postcard-perfect beach washed by the foaming Caribbean Sea? Try one overlooked by an extraordinary Mayan ruin at one of the most recognised sites in all the Yucatan Peninsula. The clifftop castle was built as a watchtower and is now the third most visited archaeological site in Mexico after Teotihuacan and Chichen Itza. Just don’t forget your swimsuit for a dip in the sea once you’ve explored the crumbling ruins. 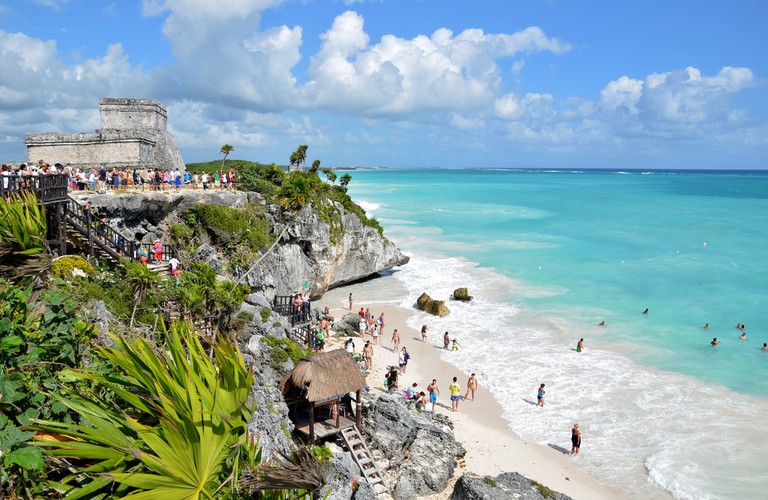 Tulum | © Christian Córdova / Flickr
Wake up early to see Tulum’s Archaeological Zone without the crowds who descend with tour groups late morning, when you’ll be heading for an early lunch. It’s well worth the alarm call to wander the ancient walled city built on 12m (39ft) cliffs overlooking the sea in almost complete silence. Highlights include the Temple of the Frescoes, the House of The Columns and El Castillo pyramid and all are staggeringly well preserved. 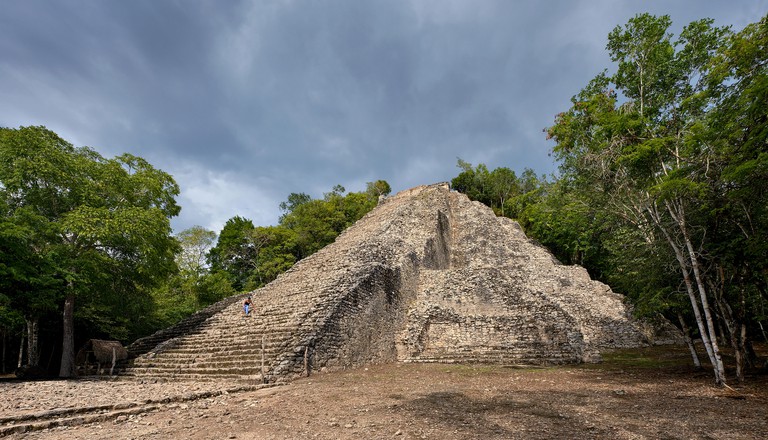 Bring sturdy shoes and nerves of steel when visiting the highest Mayan pyramid in the Yucatan Peninsula as the view from the top should not be missed. Half an hour’s drive inland from Tulum, the site in Coba is buried deep within tropical jungle and soars a mighty 42m (138ft) high. If you’re feeling fit, grab the guide rope and ascend the crumbling steps to the top for panoramas across the trees to nearby lakes. 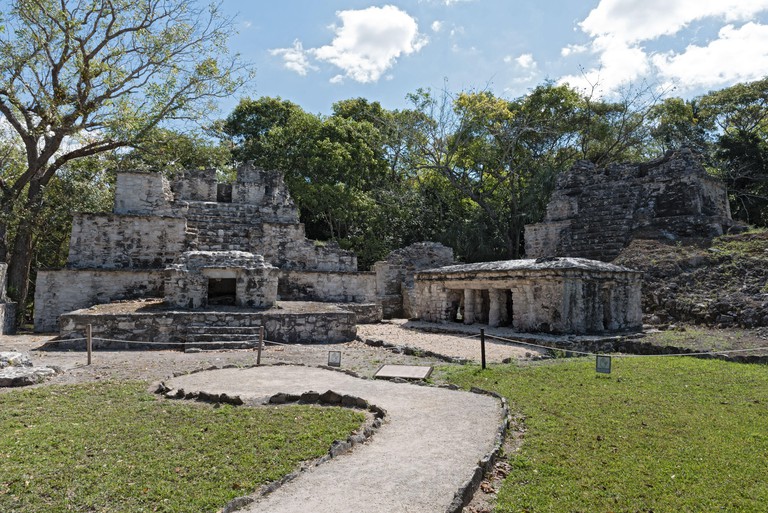 Far quieter than the ruins in Tulum, the Mayan site of Muyil is around 20 minutes away and is thought to be one of the earliest and longest inhabited Mayan areas. The central pyramid stretches 17m (56ft) high and is right on the edge of the Unesco-protected Sian Ka’an Biosphere Reserve. Visit the ruins then float down the bath-clear waters of the lagoon, a shallow river filtered through limestone that flows through the mangroves with a gentle current so you can just lie back and enjoy. 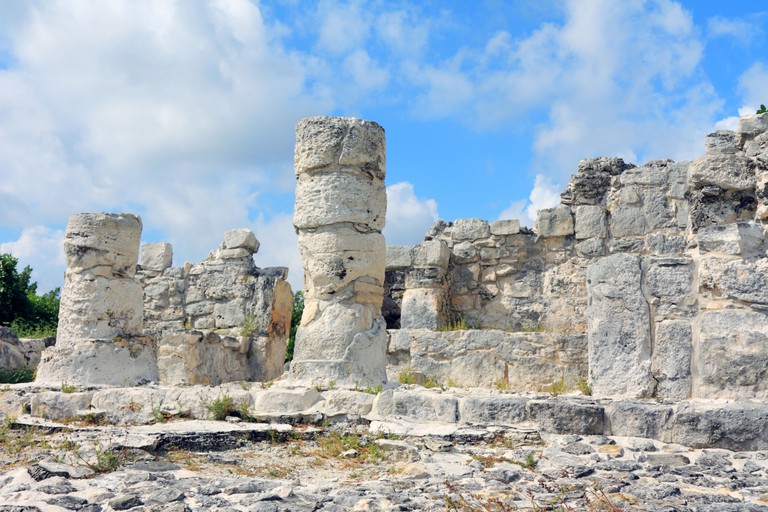 Two hours north of Tulum, El Rey dates back to the pre-Columbian Mayan era and is a compact but significant site just minutes from Cancun’s main hotel district. There are 47 sites to visit in the area but it’s worth hiring a guide to hear its compelling history and learn more about its temples and pyramids. Unlike other sites, visitors are allowed to climb on the ruins but don’t expect to be on your own – hundreds of iguanas live amongst the rocks too.

Temple of the Frescoes 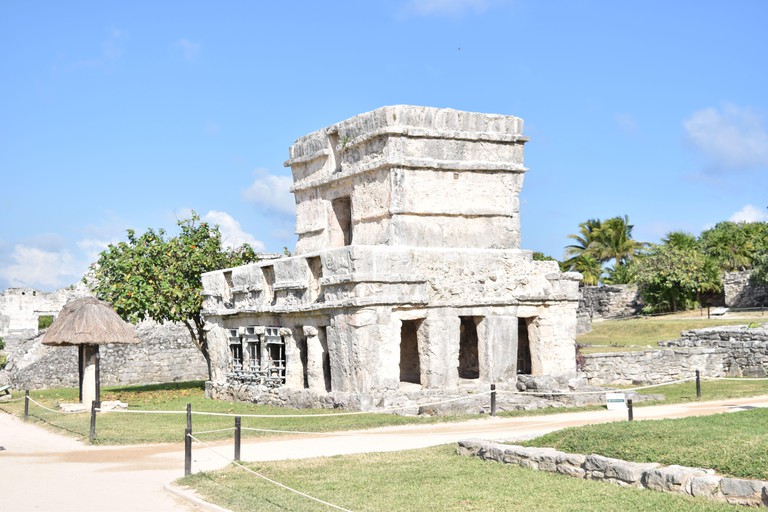 The Temple of the Frescoes from the ancient Maya city of Tulum, Yucatan, Mexico | © Adianos / Alamy Stock Photo

Any visit to Tulum’s Archaeological Zone should include a visit to this spectacular, well-preserved temple, believed to have been used as an observatory to track the sun. The two-storey building is decorated with ornate stucco figures and sculptures on the outside but the real treat is in the back room of the first floor where visitors can glimpse the remains of a mural painting in black, green, yellow and red.

This is an updated version of an article originally by Stephen Woodman.

There’s still plenty to excite in this Mexican town once you’ve explored the ruins near Tulum. Wellness is big here, so book a slot in one of the top yoga studios before unwinding in one of the best bars in town. Looking for somewhere to stay? A villa stay is perfect for a big group, or there’s a hotel for every traveler type. Wherever you stay, make sure to visit one of the best restaurants in Tulum to try some of the tastiest cuisine in Mexico.