The spotlight of the London Book Fair 2015 was rested firmly on Mexico’s best contemporary novelists, poets, and literary activists, allowing many of Mexico’s recently translated writers received the wider attention their works merited. To celebrate, we took a look at 22 of the best contemporary Mexican writers, some of whom were on show at the book fair. 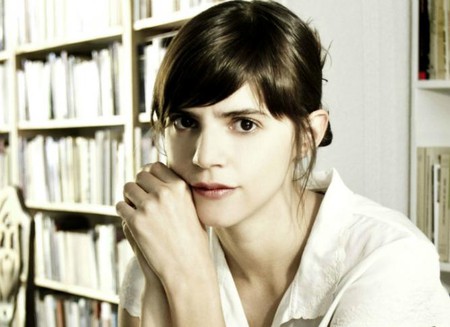 Award winning, translated into numerous languages, Luiselli’s playful, mesmeric novels, have pushed the boundaries of distortion between the real and the imagined. Works such as Faces In The Crowd (2012) and The Story Of My Teeth (2015) have seen her cast as one of the bright lights of contemporary Mexican fiction, and her collection of non-fiction essays,Sidewalks (2013), demonstrates the versatility and deft touch of an interesting new literary talent.

Signs Preceding The End Of The World (2015) signalled the arrival of a compelling new voice in Mexican literature when its English translation was released earlier this year. Following Makina, a young Mexican woman smuggled into the US, Herrera examines what it means to cross the border and transforms this liminal space into something otherworldly, both magical and terrible in its nightmarish, symbolic manifestations.

An integral part of Mexican literature since the release of debut novel Death Of An Installation Artist (1996), a novel now considered one of the most important Mexican works of the 20th century, Enrigue is a novelist whose work continues to be celebrated. More recent works such as Hypothermia (2011), and Sudden Death (2013) have only enhanced the standing of a writer already looked upon as one of his generations finest.

Poet, playwright, and novelist, Carmen Boullosa’s thoughtful and eclectic works such as Leaving Tabasco (2001), and Texas: The Great Theft (2014), have cemented the reputation of a writer considered to be reaching the height of her powers. Weaving through a wide range of topics, and eras, Boullosa’s imaginative power and craft have allowed her to jump from one project to another, without being typecast or pigeon holed. 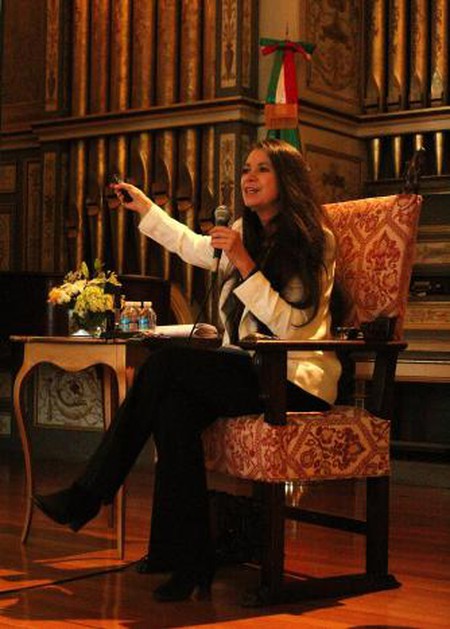 Sociologist, anthropologist, writer; Bartra’s varied and extensive oeuvre has seen him become a key figure in the chronicling of Mexico’s turbulent past. However with last year’s ground breaking, Anthropology Of The Brain: Consciousness, Culture, and Free Will (2014), Bartra has turned his attention to the now, arguing that human consciousness occurs not only in the brain, but externally, as part of a interlinked society, whose symbolism can be deciphered in the culture of the world around us.

Daughter of the great Mexican poet and environmentalist Homero Aridjis, Chloe Aridjis made her impression on English speaking readers with novels Book Of Clouds (2009), and Asunder (2013). These impressionistic collages of alienation, obsession, and the cocoon comfort of boredom and repetition, have been likened to the works of WG Sebald and form a distinct impression of detached outsiders drifting in the modern, haunted, cities of Europe.

One of Mexico’s leading writers of experimental fiction, Bellatin is known for his impish games with language and structure. Teasing, cajoling his readers into a false sense of security, Bellatin’s carefully constructed surrealism has brought him much acclaim. Having first self-published in his parents’ native Peru, works such as the disturbing, Camus like, Beauty Salon (2009), and the challenging, transgressive, Jacob The Mutant (2009), have challenged Mexico’s established literary order.

Mexico’s ‘most famous investigative journalist’ is a writer never far from controversy. Having caused a national scandal when her book Los Demonios del Edén (2005) implicated some of Mexico’s leading businessmen and politicians in the sex trade, Cacho’s first work translated into English, Slavery Inc. (2014), takes her investigation to the global stage. Following the sex trade from its source of human trafficking, through drugs, arms dealing and terrorism, Cacho is a writer seeking not to entertain, but to enlighten. 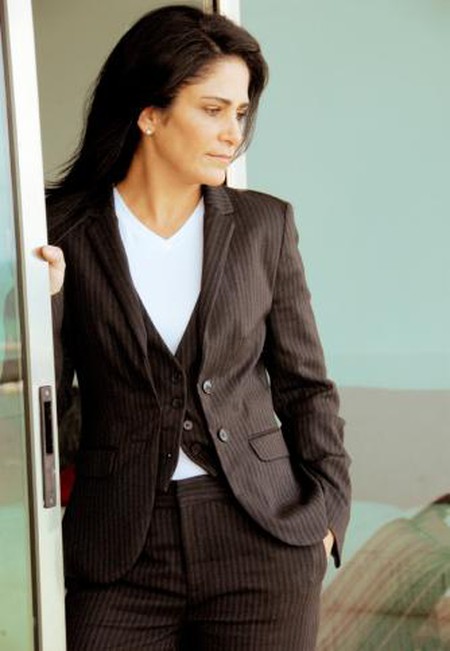 Combining the ordinary with the supernatural, while moving seamlessly through genres, Esquivel is a writer who has enjoyed considerable success since the novel Like Water For Chocolate (1993) became a best seller in both Mexico and the US. Divided into 12 sections this rather unique historical romance novel interweaves recipes, and cooking instructions, into a poignant story of unconsummated passion.

Historian, essayist, and publisher, Enrique Krauze has, through works such as Mexico: A Biography Of Power (1998) and Redeemers: Ideas And Power In Latin America (2011), looked to explore the relationship between power and its centralization around individuals within Mexican and Latin American politics. A liberal and staunch defender of democracy, Krauze has used his writing to dissect the corruption of the individual when in power.

A prominent figure in his country’s art and political scene, Homero Aridjis’ long career is littered with awards from numerous countries. He has published over forty three books of poetry and prose in his native Mexico. The first extensive selection of his poems to appear in English, Eyes To See Otherwise (2002), showcased the work of a poet exploring the ever present influence of the past, lost love, lost environments, and the continuing movement of life towards death.

One of Mexico’s leading poets, her collection While Light Is Built (2004) is considered one of ‘the’ important works of contemporary poetry. Invoking, as all good poets do, the eternal questions, questions of self, of our relation to this world and the world to come, Mills is a writer who is able to unlock and re-imagine the simple beauty that surrounds us. 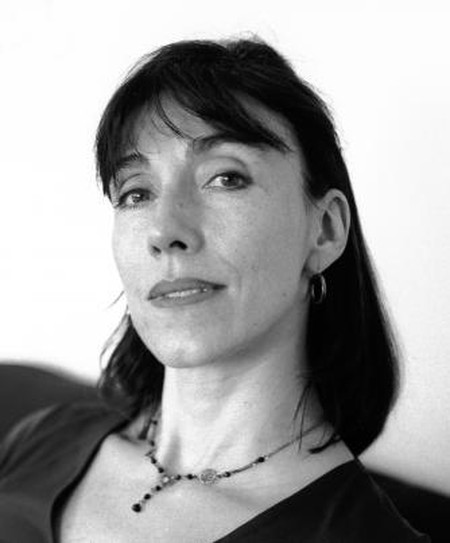 The Godfather of Mexican crime fiction, Elmer Mendoza began his career as a short story writer, a medium he has been prolific in. However he has become internationally known for his seminal ‘Narco-Lit’ novel Silver Bullets (2015). A dark, political, unflinching novel, Mendoza’s recently translated work is at the forefront of the wave of Mexican crime fiction.

Winner of the Gilberto Owen National Literature Prize and 2014 Herralde Prize Guadalupe Nettle has been described as the ‘Best Untranslated Writer’ by Granta. This is of course set to change, as her novel The Body Where I Was Born (2015) is set for its eagerly awaited release in June this year.

A winner of the Cervantes Prize, the highest award available to Spanish language writers, novelist, essayist, and memoirist Sergio Pitol is a writer whose work has been routinely published since the 60s. However recent autobiographical hybrid, The Art Of Flight (2015), has seen comparisons to much lauded Norwegian ‘Life Writer’ Karl Ove Knausgaard, as well as contemporary authors whose works Pitol long precedes, such Valeria Luiselli and Alvaro Enrique, and is set to bring his work to a whole new audience.

Another Cervantes Award winner, only the fourth woman to do so, Elena Poniatowska is the ‘Grand Dame of Letters’ in her native Mexico. A staunch defender of women’s rights and the disenfranchised poor, Poniatowska has dedicated her life’s work to social and political issues. Her most recent novel, a biography of Surrealist painter Lenora Carrington, Lenora: A Novel (2015), is, like many of her greatest literary moments, a history reconstructed. 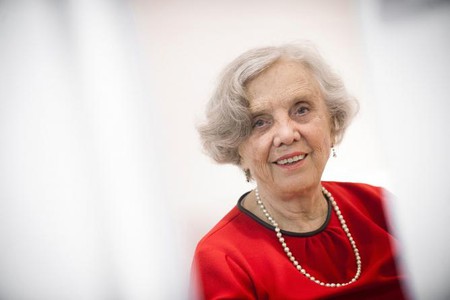 A poet championed by the likes of Álvaro Enrigue, building a career on a collage of influences, past and present, Luis Felipe Fabre is finally coming to the attention of a wider audience. His forthcoming collection Sor Juana And Other Monsters (2015), fuses the octosyllabic structure of 16th Century poetry with pulp novels, academia, and the lens of black humour through which he views the transformation of Mexico.

Novelist and essayist, Volpi is a writer synonymous with the infamous ‘Crack Manifesto’, a collection of Mexican writers who protested against what they saw as the light hearted, docile writing of the Mexican mainstream. Known for a distinct lack of surrealism, Volpi’s works focus primarily on the psychology of character, as well as the more academic topics of history and science. Translated works In Search Of Klingsor (2002) and Season Of Ash (2009) have been internationally acclaimed. 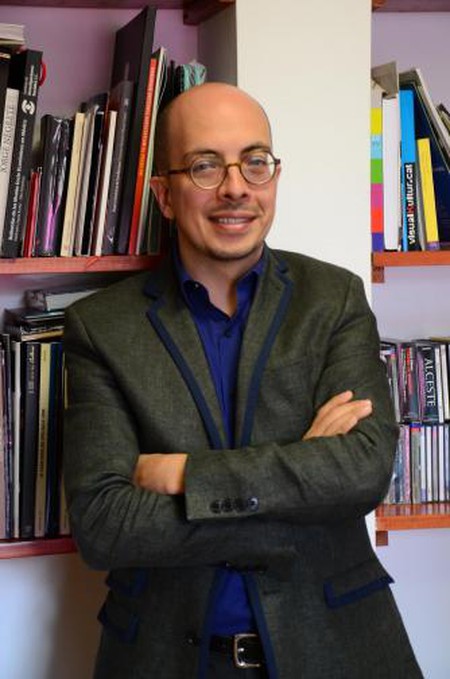 Unorthodox, baroque, tragicomic, whatever words have been used to describe Sada’s prose, they don’t seem to quite capture it. Having published eight collections of short stories, and nine novels, only now is Sada’s delightful work beginning to be translated. Almost Never (2012), a superb send up of Latin American machismo, was the first to reach English speaking audiences, with the highly regarded One Out Of Two following later this year.

Satirist, surrealist, author of The Guardian First Book Award shortlisted Down The Rabbit Hole (2011), Villalobos, like many of the great Mexican writers working today, is not afraid of challenging his reader or the fraudulence of Mexican politics. Through a blend of dry comedy, sophisticated pulp, and a strict authorial control, Villalobos’ blend of fiction is a new and exciting edition to the growing ‘Narco-Lit’ genre contemporary Mexico has to offer. 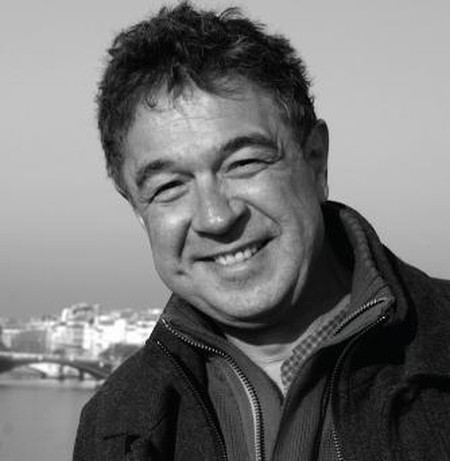 A well-known figure among the Mexican intelligentsia for some time, Juan Villoro is one of Mexico’s most prolific writers. Having produced a steady stream of taut, post-modern novels, it was not until he won the Herralde Prize for his novel El Testigo (2004) however, that he began to reach a wider audience. He is set to become known to English speaking audiences with his first translated work The Guilty (2015), a complex composition of a disaffected contemporary Mexico.

The London Book Fair 2015 Mexico Market Focus Cultural Programme brought the best in contemporary writing and publishing from Mexico to the UK, giving audiences a rare opportunity to meet and interact with renowned Mexican writers. For details, visit: www.britishcouncil.org/mexicomarketfocus