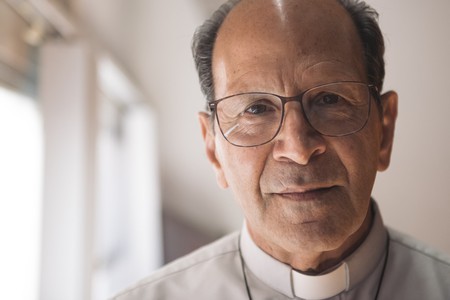 Mexico’s most recognizable priest, Alejandro Solalinde is determined to offer protection to the most vulnerable members of society and speak out in the face of injustice. He is best known as the coordinator of an organization that offers food, lodging and psychological assistance to Central American migrants heading to the United States. An outspoken critic of the drug gangs that threaten migrants, Solalinde has been threatened by dangerous criminals on countless occasions.

Solalinde began working with migrants in 2005 when, at age 60, he decided to leave the comfortable life of the parish and dedicate himself full-time to the migrant cause. He founded Hermanos en el Camino (Brothers on the Road), a shelter for migrants in Ixtepec, in the southern state of Oaxaca. 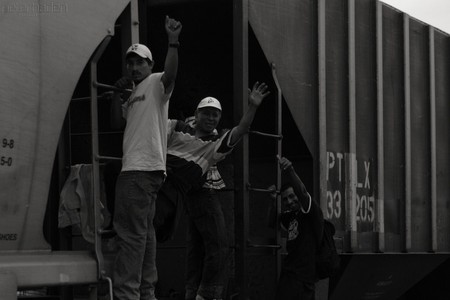 Migrants on their way through Mexico | © Peter Haden / Flickr

Migrants are easy prey for criminal groups. They are routinely kidnapped, raped and murdered. As the public face of this vulnerable group, Solalinde became a target.

“They tried to burn the shelter and burn me, but they will not stop me,” Solalinde recently told the Mexican newspaper El Economista.

The priest has also drawn criticism from the Mexican government and its sympathizers. He became a particular target after 2014, when he spoke out against the authorities following the mass disappearance of 43 student protestors in the southern state of Guerrero.

That year a website posing as CNN falsely reported that he had been tortured and murdered. Solalinde read the claims as a threat from the government. “They’re telling these people that if they follow my example then they’ll kill them too,” he told the Independent in 2014.

Solalinde has even faced opposition from Mexico’s religious leaders. “A few priests and bishops have supported me but the official voices of the Catholic Church in Mexico have practically disowned me,” he said, before adding: “the church has the moral obligation to be on the side of the poor and to defend justice.” 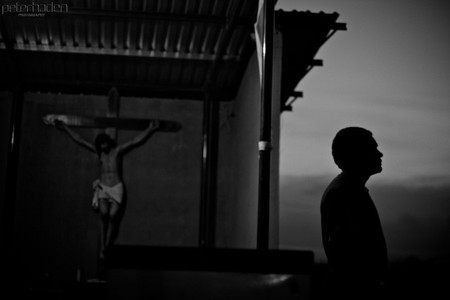 A migrant at the shelter in Ixtepec | © Peter Haden / Flickr

Solalinde feels that things have improved since 2013, when Pope Francis became the worldwide head of the Catholic Church. With Francis, “things are getting better, without doubt,” Solalinde told El Economista. “I have great regard for Pope Francis, we are on the same page. We have met and he has encouraged to keep on with my work.”

This work has brought Solalinde his fair share of fame. He has featured in several documentaries, is the subject of a new book and is a near constant fixture in the Mexican press.

“For me, fame is a resource,” Solalinde told El Economista, before inviting fellow human rights activists to take advantage of his position. “Use me so that you can spread your message and we can protect migrants, who are our most vulnerable brothers.”

Despite the threats to his life, Solalinde is noted for his light-hearted manner and warmth. He is a happy man who likes many types of music – from classical genres to more surprising choices.

“I even like reggaeton, because it’s the music that migrants enjoy,” Solalinde said. “If it makes them happy, it makes me happy too.” 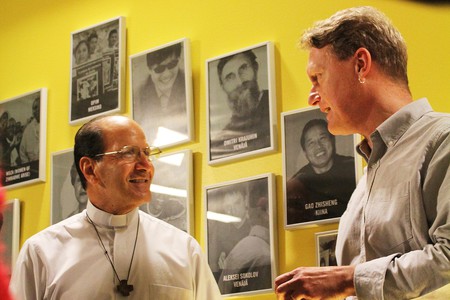 Alejandro Solalinde with Frank Johansson, the head of Amnesty International in Finland | © Amnesty Finland / Flickr
Give us feedback