How To Celebrate Christmas in Mexico City 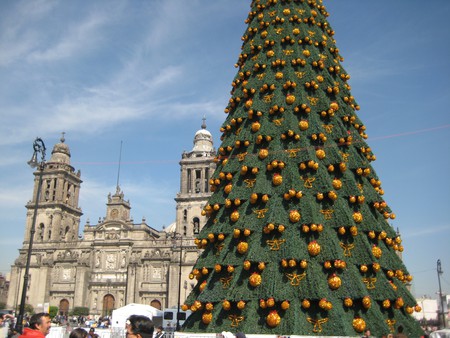 Christmas is a big deal in Mexico, with celebrations beginning on December 16 and not coming to a full close until February 2 for many people. Therefore, it’s no surprise that the capital puts on a show like no other over this festive period, from bundles of atmospheric Christmas lights strung across buildings in the centre to giant, life-sized Nativity scenes. Here’s how to celebrate Christmas in style in Mexico City.

Marvel over the lights in the zocalo

This annual winter tradition has been going strong for nigh on 60 years, and it doesn’t show any sign of stopping this year. While Independence Day calls for tinsel, Christmas calls for string upon string of vivid Christmas lights that form ornate mosaics and patterns on some of the city’s biggest and best buildings which surround the central square. But the show stopping centrepiece to all this Christmas cheer is the towering árbol de Navidad which takes a starring role throughout December in the zocalo. 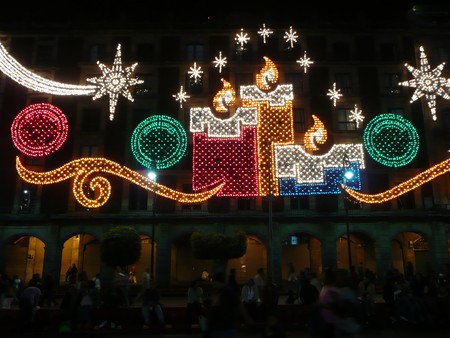 Try your hand at ice skating

If the idea of some strings of Christmas lights doesn’t take your fancy, could the opportunity to ice skate in the open air tempt you to Mexico City’s zocalo during the festive period? Year on year the vast expanse of the principal square gets transformed into a massive open air ice rink for the enjoyment of residents, children and travellers alike. After all, what’s more magical or festive than slipping on some skates and gliding around like Bambi of an evening? 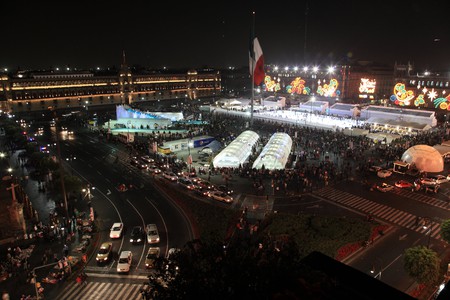 Get festive at Antara Fashion Hall

If you’re hoping for a white Christmas in Mexico City, you should really think again – New York City this ain’t. However, if all you want for Christmas is a little snow, then the popular and posh Antara Fashion Hall can cater to your needs. Each year they host an impressive Winter Wonderland scene, complete with a dazzling, decoration bedecked Christmas tree and a nightly downfall of fake snow for some added pizzazz. If you’re lucky, you might even spot Santa. 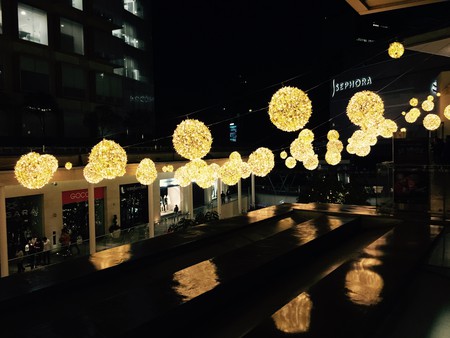 If you’re looking for a festive way to ring in the Christmas period that’s a little more Mexican, then perhaps the Ballet Folklórico de México would be more to your taste. This legendary and enormous dance troupe of highly talented performers dedicate themselves to maintaining the tradition of Mexican folk dance, music and dress, albeit with contemporary twists. This year they’re hosting performances right up until December 23rd, but again, get tickets quick before they sell out. 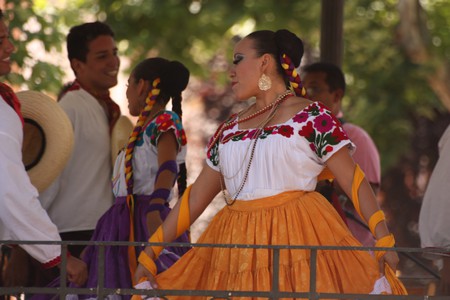 A famously floral region, Xochimilco makes for one of the best spots to pick up the flower most heavily associated with the festive season in Mexico – the poinsettia (or flor de nochebuena). Buy a few pots of the striking red flower to dot around your house and get you in the mood for Santa’s arrival or even just wander through one of Mexico City’s most historic (and UNESCO World Heritage Site recognised) neighbourhoods. The best spots to do some nochebuena shopping are the Mercado de Cuemanco, the Corredor de Viveros and the Palacio de la Flor. 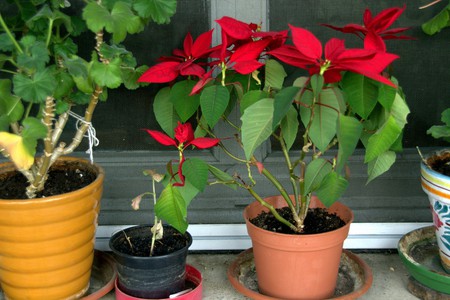 Travel by night on the Turibus’ Festive Route

Turibus Night Routes are some of the most popular ways to see Mexico City in, quite literally, a new light. Not so long ago, they introduced special late-night festive routes for any residents and revellers wanting to get into the Christmas spirit aboard an open top bus and the hope is they will be offering Festive Routes this year too. While nothing has been officially confirmed as of yet, Turibus have instructed us to keep our eyes peeled for upcoming announcements regarding special, Christmas themed events and routes. 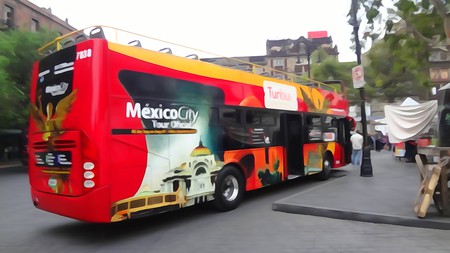 Pick up a Christmas tree in Ajusco

What better way to get into the Christmas spirit than by going tree shopping in Ajusco National Park? Known for its section that’s specially dedicated to Christmas tree cultivation, you can hand-pick your own pine needled tree and decorate it as lavishly as you like when you get it home. We recommend this if you want to turn your back on the commercialised side of expensive and environmentally damaging, imported Christmas trees, and instead give something back to the community, whilst supporting efforts to cleanse the polluted Mexico City air. 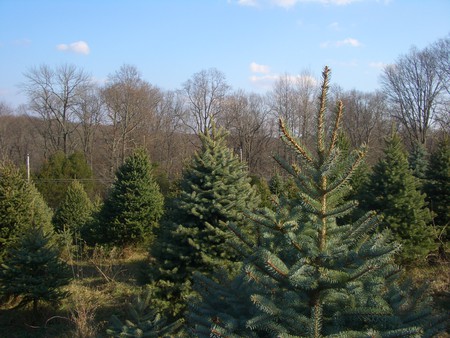 La Rambla sandwich shop in downtown Mexico City is the perfect place to try out one of the country’s favoured Christmas dishes; bacalao (cod). This typically festive dish is actually served all-year round at this quaint and long-standing lonchería, although taste testing it at Christmas is arguably the ideal time. If fish doesn’t scream Christmas to you, they also offer tortas de pavo (turkey sandwiches) too. Either way, after a visit to La Rambla, you’ll be in a decidedly festive mood. 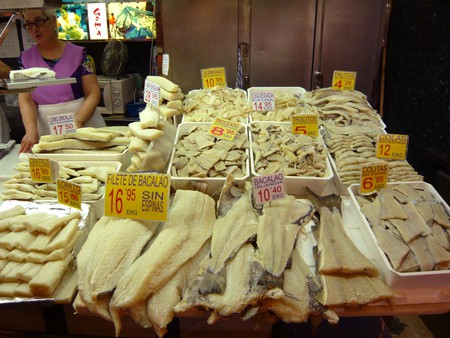