A History Of Estadio Azul In 1 Minute 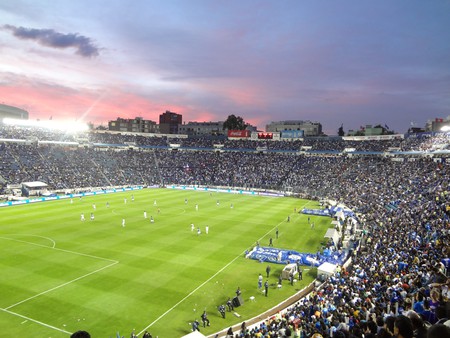 Currently home to Cruz Azul, the Mexico City football team that has played here for over twenty years, Estadio Azul is an iconic landmark of Mexico’s capital city with a long and illustrious history to match. Much loved despite its flaws, of which there are many, it made headlines recently due to the fact it’s set to be demolished after the 2017-2018 season. So, if you want to know more about it, you’ll either need to get there before it’s too late, or alternatively read on for our brief history of this historic stadium. 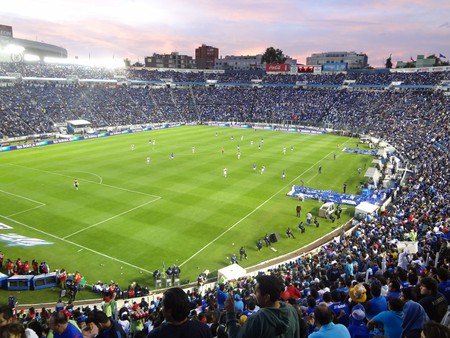 First opened in October 1946, Estadio Azul is the oldest football stadium in Mexico and was originally called Estadio Olímpico de la Ciudad de los Deportes. At this stadium, age doesn’t equal wisdom though. Despite having a capacity of just over 34,000, it’s cursed with an infamously abysmal infrastructure and little-to-no parking spaces – for this reason it never hosted a World Cup match. However, for all its flaws and location right in the midst of offices and residential developments, this haphazard arena is still looked upon fondly by millions of football fans across Mexico.

The stadium itself also marked a turning point in Mexican architecture, being constructed not from wood, but from concrete; while this may sound banal now, it was practically revolutionary back in the 40s. Yet perhaps the quirkiest architectural feature of Estadio Azul is that the pitch is situated below ground level – maybe in this high-altitude city the developers came over with a case of the ‘every little helps’. Or, as we’re more inclined to believe, the two holes in which Estadio Azul and it’s neighbouring bullring are situated were already present when development began! 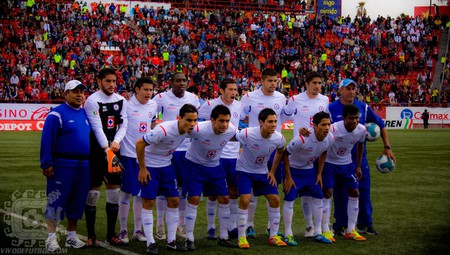 Over the course of its 70-year history, Estadio Azul has played host to four different Mexican League football teams, including América, Atlante, Necaxa and Cruz Azul, although it was originally intended to be an American football stadium. Up until 1990, American football was still regularly played there and the stadium was in fact the host of the first non-US located NFL game in 1978. As far as football goes, some believe Estadio Azul may be the bringer of bad luck to the teams which have called it home; neither Necaxa nor América won a league title when they were based there, and the current home team Cruz Azul is famously cursed with the inability to lift the cup, despite having made it through to two separate finals.

Sporting events aren’t the only claim to fame of Estadio Azul though, as the late Juan Gabriel played a concert there in 1989. In fact, there are all manner of festivals held annually on the sunken pitch of this beloved stadium, and it’s served as the backdrop for both films and telenovelas. Hopefully one day before its destruction it’ll also serve as the backdrop for a Cruz Azul title win.

Estadio Azul | © The Stadium Guide/Flickr
Give us feedback