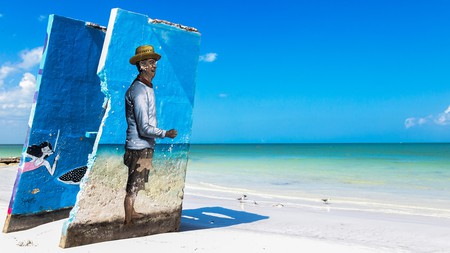 Isla Holbox (pronounced ol-bosh and Mayan for “black hole”) is a long finger of land, primed for those of you seeking an antidote to Mexico’s hyper-touristed Mayan Riviera coast. Where the Gulf meets the Caribbean, this off-the-beaten-track island is just a couple hours’ drive, but a world away from, hotspot Cancún. Most come for the laid-back beach life, others for the spectacular wildlife – the whole area is located within the Yum Balam nature reserve and you can snorkel with whale sharks in the right season (May to September). For as much or as little as you’re planning to do, here are the top reasons why you should visit Isla Holbox.

Find your own slice of sandy paradise 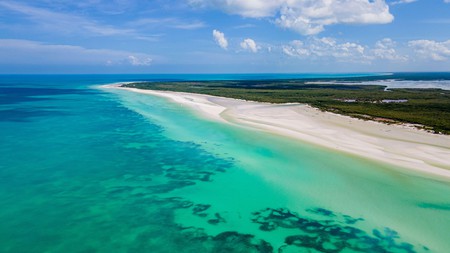 Tracing a long stretch of sandy coastline along the northeastern corner of the Yucatán Peninsula, Isla Holbox offers mile upon mile of untouched beach to discover. Even close to town, there’s little beyond a smattering of shacks and wooden jetties to spoil the feeling of an unsullied paradise. Head along the coast in either direction, and you won’t have to travel too far to find your own piece of people-free serenity. Playa Punta Cocos is a good place to aim for if you don’t want to feel completely disconnected from civilization.

Get up close to the world’s biggest fish 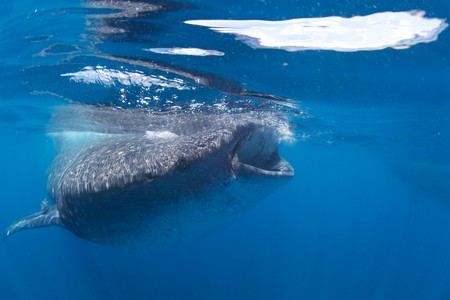 Every year the largest migration of whale sharks – officially the largest fish in the world – can be found off the coast of Holbox Island. They congregate just a few miles offshore from around mid-May to mid-September and there are plenty of conservation-minded, well-regulated tours to get you close to the gentle giants without cramping their style. While there’s no guarantee you’ll find them, if you do, you’ll get the chance to jump in and share the water with these mesmerizing creatures. 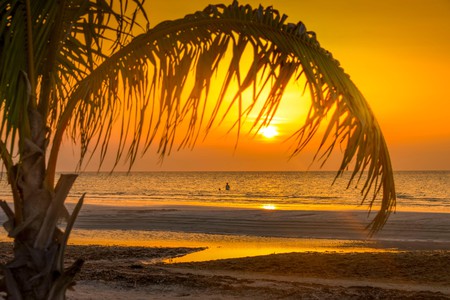 Thanks to the northwest position of the main beach at Isla Holbox, there are numerous spots to soak up the wonderful sunsets of the region. Punta Coco is a particularly popular place to enjoy it, with a dreamy mix of unspoiled golden sands, swaying palms and uninterrupted views out to the horizon. If you’d like to accompany it with a sundowner, there are numerous beachfront bars at the west end of Holbox Beach where you can get front-row seats, cocktail in hand. 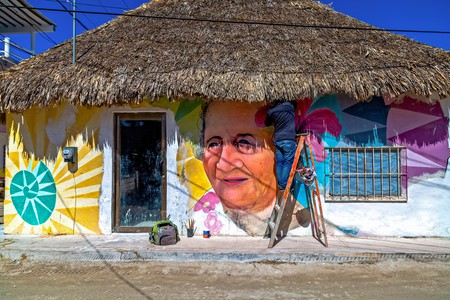 Strolling around Holbox, you can’t help but notice the abundance of vibrantly colored murals and artfully rendered graffiti daubed across many of the buildings – it’s not called ‘Graffiti Island’ for nothing, after all. You’ll find most of it among the sand-scattered streets of Holbox’s pueblo (town), with some pieces by renowned Mexican artists. Head to the main square for a huge mural by resident artist, Ekza One, depicting the creation of the island.

Go for a cooling swim in a fresh-water sinkhole 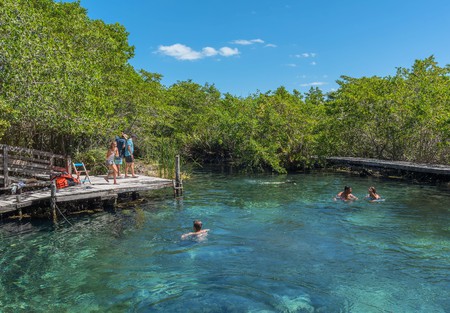 The whole of the Yucatán peninsula is dotted with cenotes (water-filled sinkholes) and Isla Holbox is no exception. The best known is the Yalahau Cenote, set on the other side of the lagoon. It’s only accessible by boat, but it’s a lovely large natural pool with fresh spring water, legendary for their rejuvenating powers. During the 17th and 18th centuries, it was a useful source of water for passing pirates, while today it’s a lovely spot for a cooling dip among the mangrove forest. 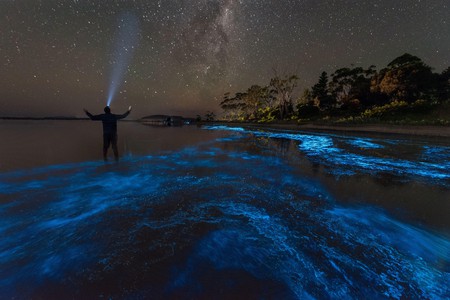 One of the most enchanting natural phenomena you can witness in Isla Holbox is its bioluminescence. The warmer months between May and September are the best time of the year to experience the event, when the waters are most plankton-rich. It’s also best during a moonless night – the stretch of beach around Punta Cocos is a favorite spot for enjoying the microorganism-powered light show. To really appreciate the experience, get in the water and splash about to stimulate the luminescence.

Explore the island by golf cart and kayak 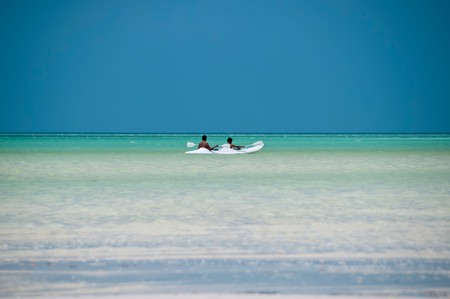 The whole of Isla Holbox is a car-free zone, meaning the main form of motorized transport is the golf cart. They’re a super-fun way to zip around the island, though bear in mind that even these are banned at various points for ecological reasons. A more ecofriendly way to explore is by kayak, with tours that take you through the wildlife-rich mangrove forests. Kayaking under the stars is also a magical experience due to the area’s minimal light pollution.

Go birdwatching with a difference 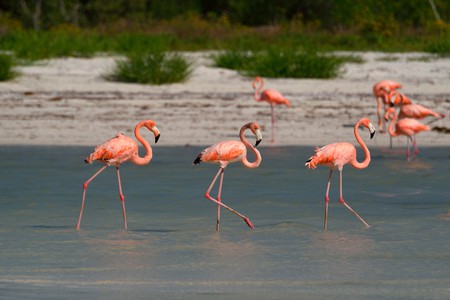 Isla Holbox is well known for its wonderful flocks of pink flamingos that congregate just offshore. One of the best spots to see them is Punta Mosquito, a pristine band of sand just over an hour’s walk from the edge of town. Flamingo season is between April to October, but be sure to check the tide when planning your journey. Being part of the Yum Balam reserve, the whole of Holbox is a twitchers’ paradise and home to hundreds of box-ticking bird species.

Looking for more? To help you fill your Isla Holbox itinerary, we’ve compiled a list of the best things to do while you’re here. For somewhere to rest your head after all that exploring, check into one of the best hotels in town. And don’t forget to try the best restaurants and bars in Isla Holbox.