A Guide To Mexico’s Pueblos Mágicos

Creel | © Tabi/Flickr
Mexico’s pueblos mágicos programme was developed by the tourist board in order to promote the rich cultural heritage and history of Mexico through smaller, once overlooked towns. Each of the 111 towns currently recognised as pueblos mágicos offer something a little different, whether that’s fantastic architecture, stunning natural wonders or even just great regional food. With that in mind, here’s your guide to just 11 of the best pueblos mágicos in the country.

A classic stop off point on any traveller’s visit to Mexico, this gorgeous, hippie-friendly and tourist oriented colonial town in Chiapas is a definite Mexican classic. What most people don’t realise, due to its size and status, is that it’s also a pueblo mágico! With a selection of beautiful churches and monuments which demonstrate the towns own mixture of indigenous and European culture, you shouldn’t pass up the opportunity to visit San Cris. 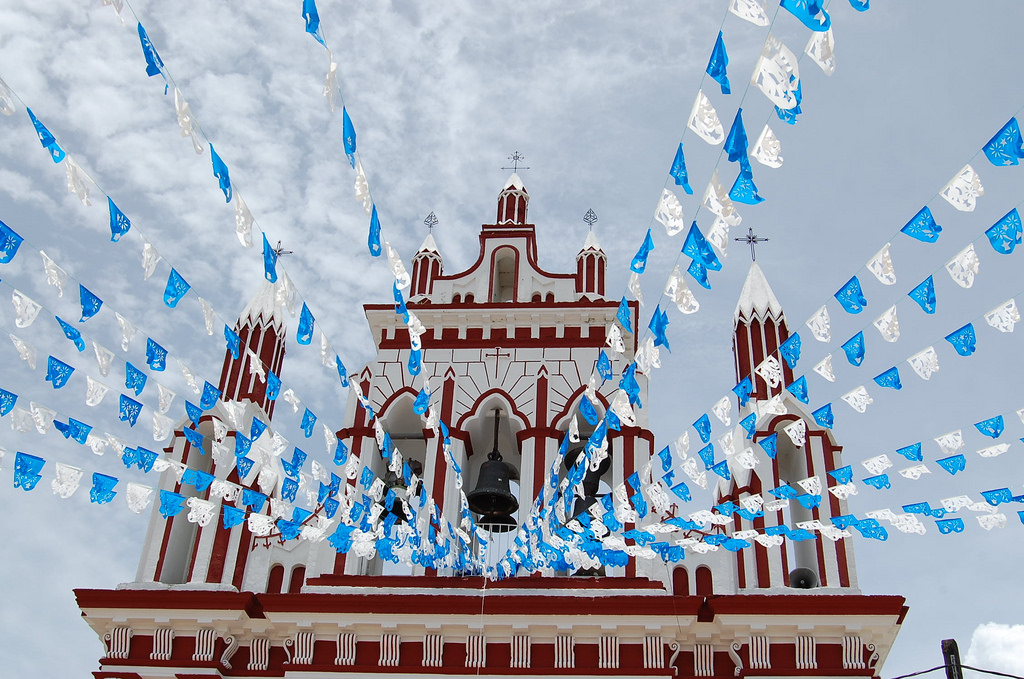 Creel, one of Chihuahua’s most famous towns, was designated a pueblo mágico in 2007 and with good reason – it’s one of the principal tourist towns and stop off points on the famous Copper Canyon Rail Route. From Creel, you can venture into the Sierra Tarahumara, check out the Basaseachi waterfall and the Arareco lake or even just admire the simple yet elegant temples and churches in the town centre. To get the most out of a visit to Creel, rent a bike and pedal your way around the sights. 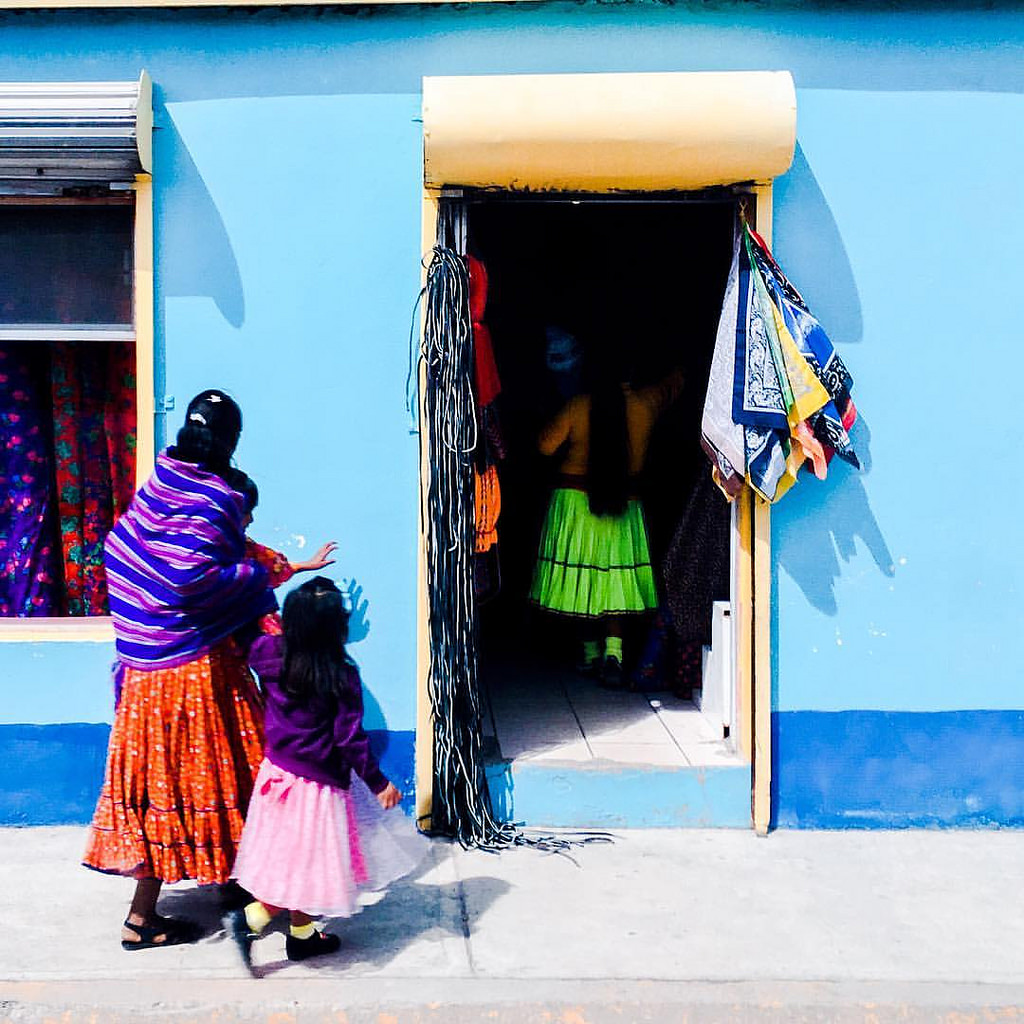 We couldn’t talk about unmissable pueblos mágicos and not mention perhaps the most traversed and famous of all, Guanajuato’s San Miguel de Allende. Now an enclave of expat Canadians and Europeans predominantly, this town is also one of the state’s most vibrant and picturesque destinations. Colonial edifices abound and the cobbled streets add a hint of old-world charm to the now popular tourist destination. It’s also a great destination if you love to eat, serving up a mixture of Mexican and international cuisine in its many restaurants. 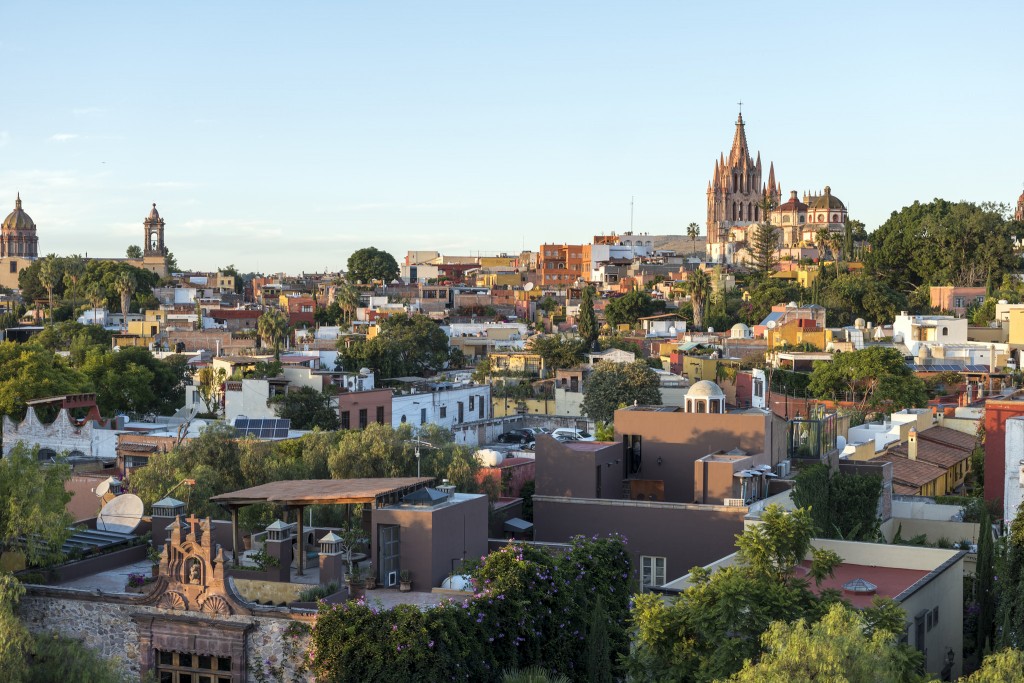 Guerrero has just one pueblo mágico, which you may find surprising considering the vast size of the state itself. Having said that, it certainly knows how to cultivate a pueblo mágico, as Taxco is one of the most charming of the bunch – colonial and steeped in history and tradition, it’s also super close to Mexico City, which makes it a popular weekend getaway destination. Stock up on silver goods, the product for which Taxco is famous, and head to one of the many miradors for a bird’s eye view of your surroundings. 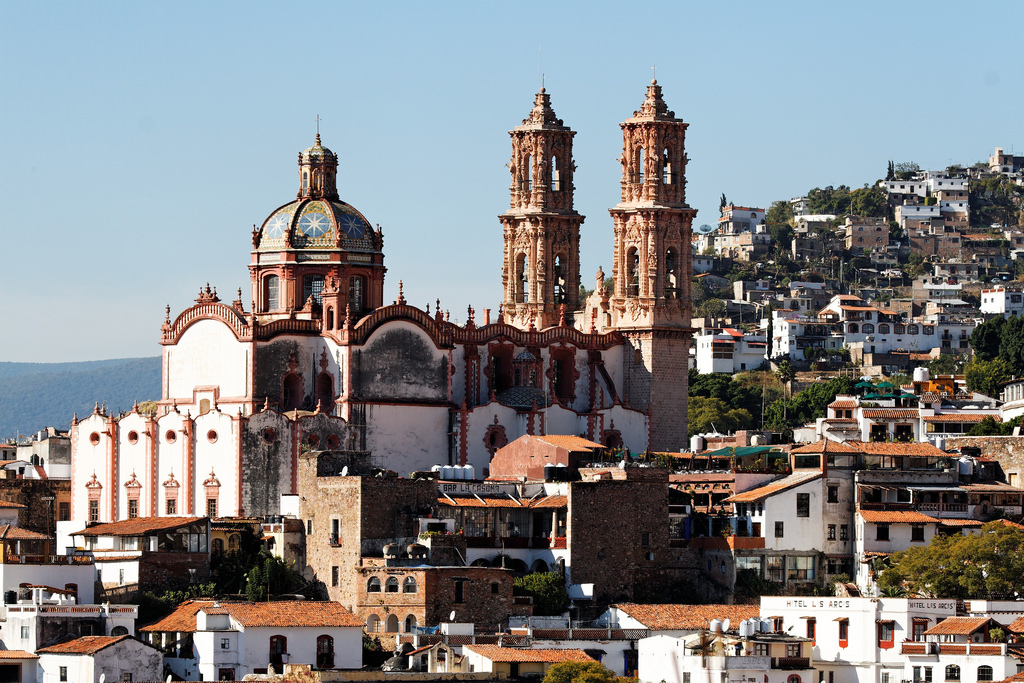 If you prefer shopping for booze than shopping for silver, then perhaps Tequila is the UNESCO World Heritage recognised town for you. Situated in the western state of Jalisco, it’s the town from which the famed drink originates – in fact, ‘tequila’ produced outside of Jalisco cannot legally be called tequila! Cobbled streets and plenty of tequila factories are to be found here, so make sure you’re ready for a full day of drinking and exploring, and leave room in your bag for the bottles you’ll inevitably end up buying! 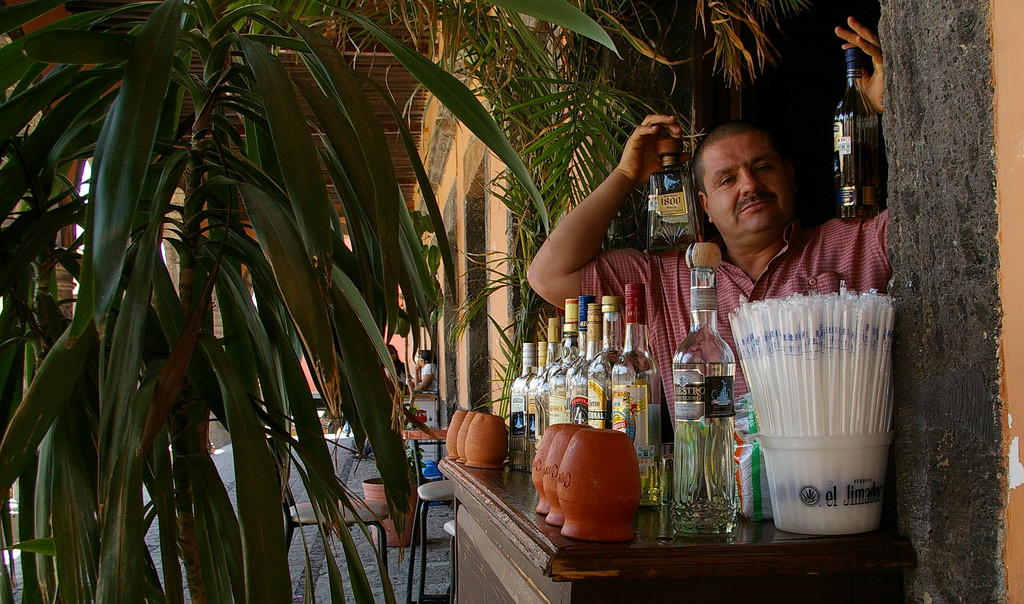 Pátzcuaro was once home to Purépecha royalty and even nowadays it’s easy to see why this would be their site of choice to establish an empire. Another example of colonial architecture and old-world charm, Pátzcuaro is also home to some excellent pre-Hispanic cuisine; try out the tamales tarascos, the uchepos (a tamal-like corn dish) or even corundas (another tamal dish, this time triangular in shape). If you tire of eating, head to some of the town’s main attractions like the Isla de Janitzio. 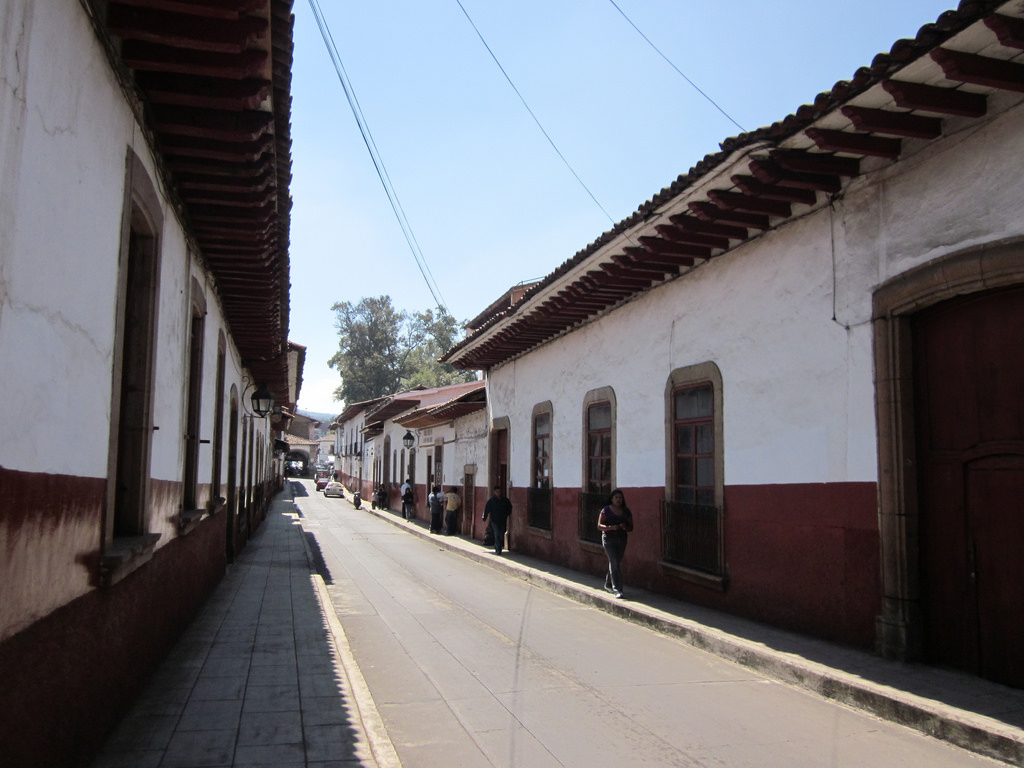 If you’re looking for a town in which to explore some delicious delicacies and even pre-Hispanic vegan dishes then quirky Tepoztlán, Morelos is the place for you. With the striking Tepozteco mountain in the near distance and a relaxed pace of life, this is the ideal weekend escape for when the stress of the city gets too much. Tepoztlán is also widely known as a hippie friendly retreat associated with tales of spirituality, aura cleansing and UFO sightings. While you’re there you must indulge in a temazcal. 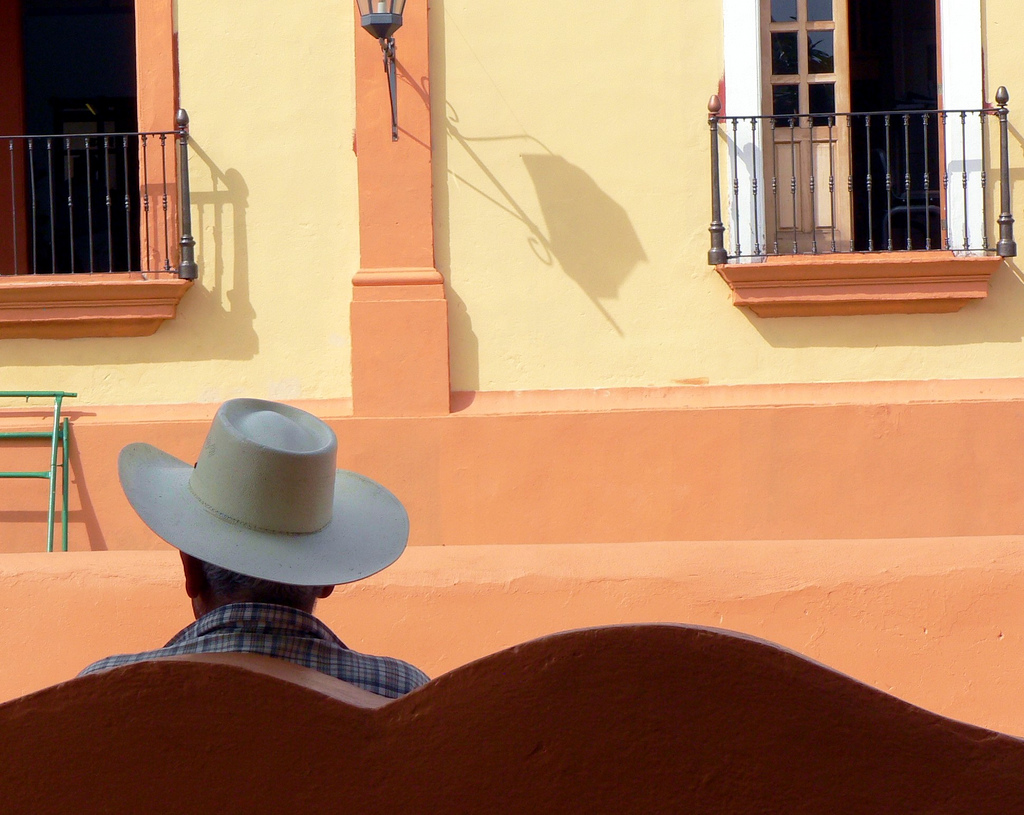 Puebla is a great state to visit if you want to try some authentic Mexican cuisine, soak up your surroundings and visit churches – no really, it has a lot of churches. No town in Puebla is more associated with this religious abundance than Cholula, which many like to claim has a church on every street corner. However, beyond the magnificent and elaborate architecture to be found in Cholula, you can also enjoy a quirky, artsy side to Mexico that many other places just don’t offer and visit the world’s largest pyramid. 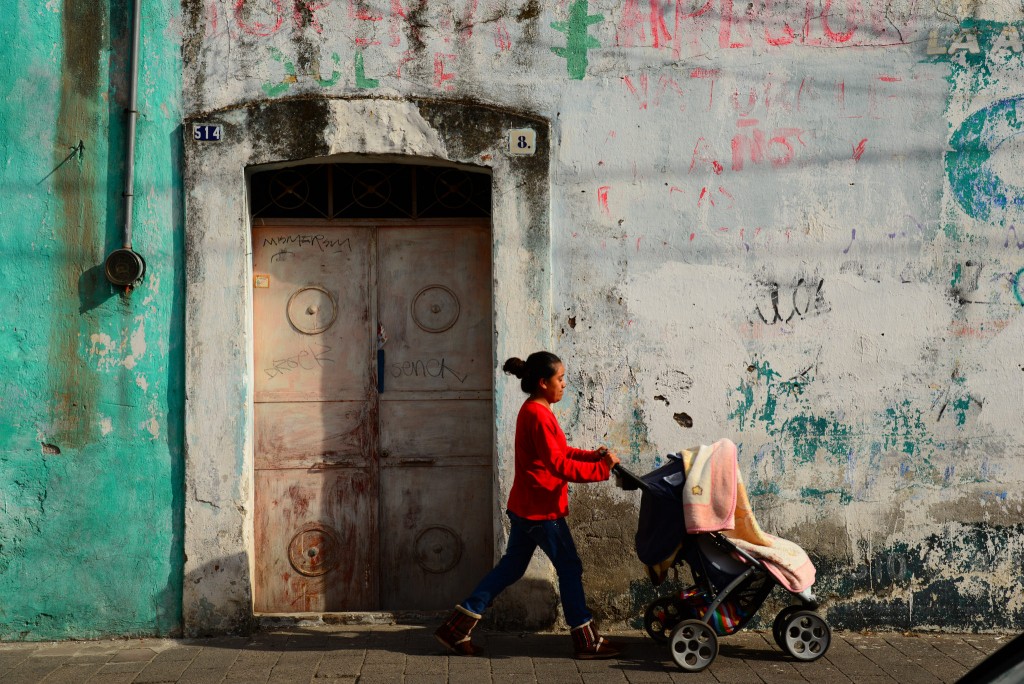 A curveball entry is the small, provincial town of Jérez in the lesser-traversed state of Zacatecas, but not without reason. Visiting Jérez is like stepping back in time, to a period when life was simpler and all the men wore cowboy hats. You can simply wander around the town, dipping in and out of the shops and restaurants or absorb the atmosphere in the central square of Jardín Rafael Páez, which is filled with shady walkways, wrought iron benches and the odd banda troupe playing songs for your enjoyment. 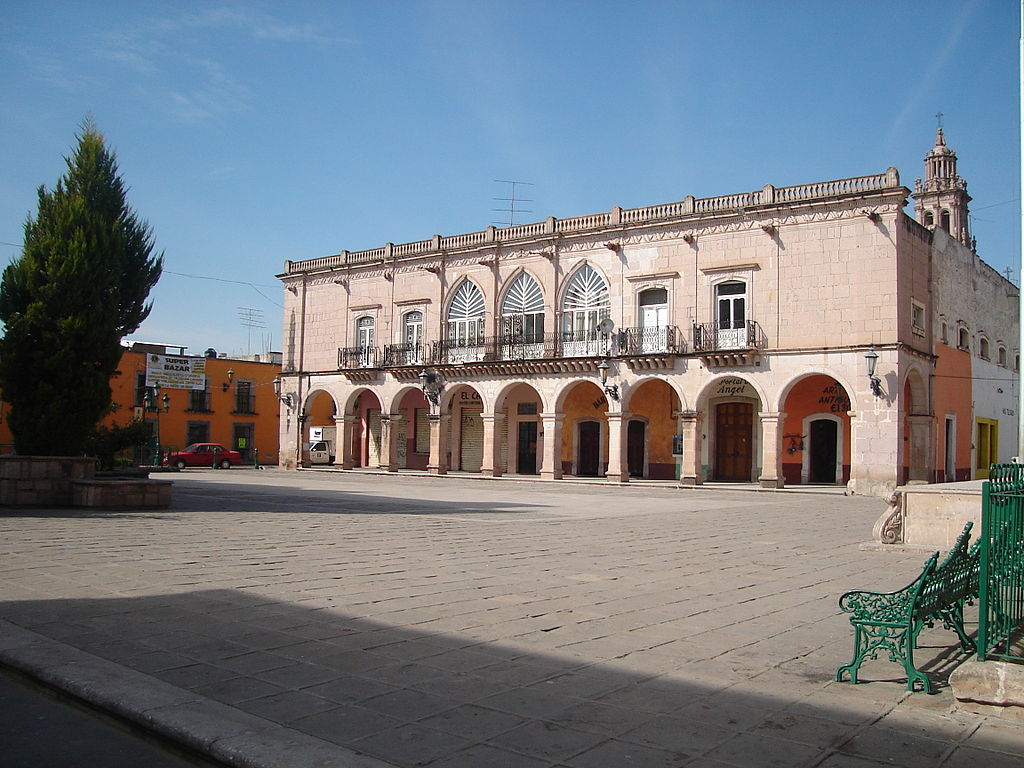 The name Xilitla might seem familiar principally because of the spectacular surrealist sculpture garden designed by Edward James which is located not far from the town itself. However, putting Las Pozas to one side for a moment, this pueblo mágico has charm of its own; there are some excellent tianguis where you can try zacahuiles (jumbo sized tamales, essentially) and Xilitla is also a coffee producing zone. Don’t leave without trying a coffee flavoured with the raw sugar popular in Mexico, piloncillo. 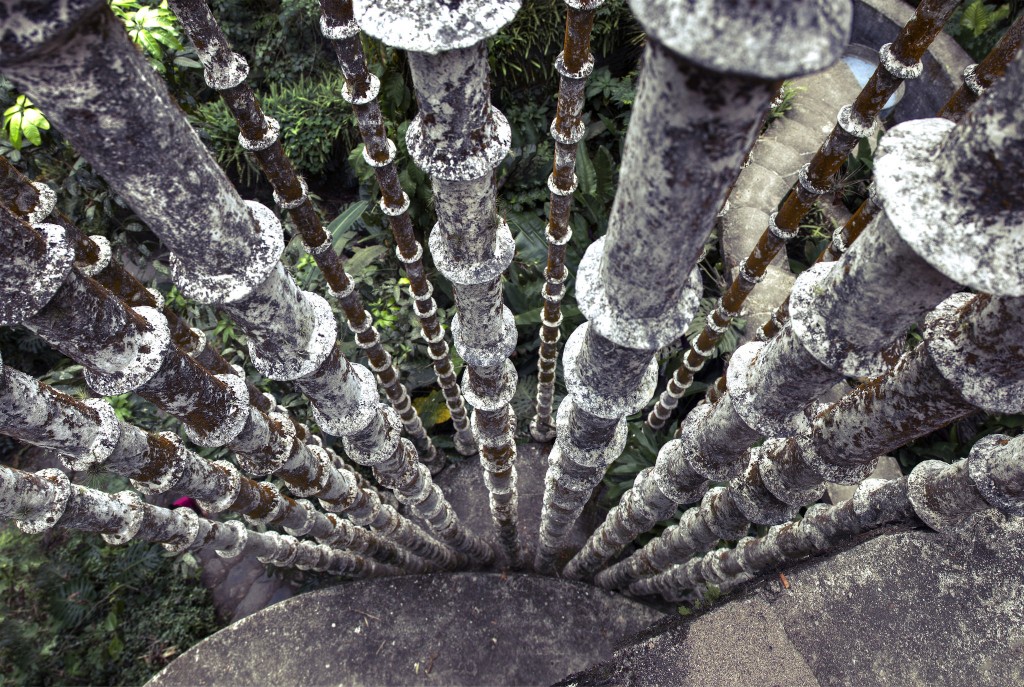 Finally, a picturesque and beautifully natural location rounds off our guide to pueblos mágicos. Bacalar, in Quintana Roo, is mainly known for its seven-shaded lagoon, but it also has several other ecotourism and historically interesting sightseeing options available to would-be visitors. For example, you can scuba dive in the lagoon itself or indulge in a round of golf on the many golf courses to be found in the vicinity. An idyllic place to escape from the world, Bacalar is undoubtedly one of Mexico’s best pueblos mágicos. 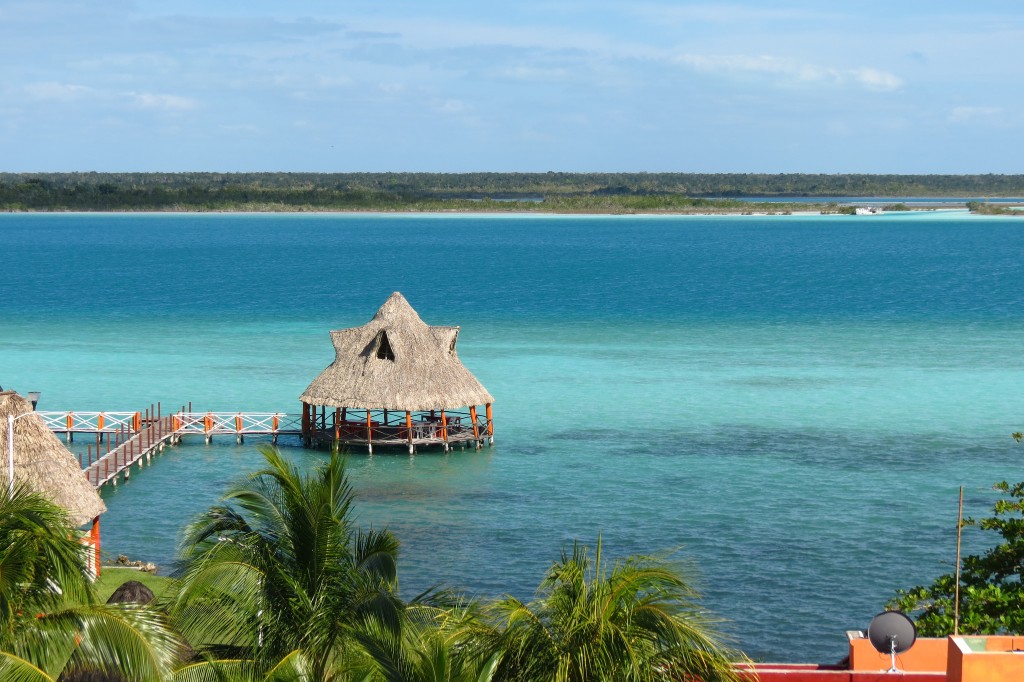