Horno3 | © Isaí Moreno/Flickr
Whether you want to stick to the lush jungle backdrop of the humid Yucatán Peninsula, make your way to the beautiful beaches of Baja California, check out some natural wonders in Oaxaca, or just explore culture in the capital Mexico City, you’ll never be short of things to do. Mexico is full of must-visit attractions – here are the top 20.

Cathedral
Mexico City’s cathedral is a must-see | Mexico City’s cathedral is a must-see
As one of the oldest buildings in the entire country, and perhaps the main attraction of Mexico City’s zocalo, you can’t pass up a visit to the Catedral Metropolitana. Plus, stopping by this cathedral places you right at the heart of the main plaza, which is lined with a wealth of other architecturally and historically fascinating buildings, like the Palacio Nacional.
More Info
Open In Google Maps
S/N Plaza de la Constitución, Centro Histórico de la Ciudad de México, Centro Ciudad de México, Ciudad de México, 6000, Mexico
+525541654052
View menu
Visit website
Visit Facebook page
Send an Email
Give us feedback

Less than an hour’s bus ride away from Mexico City lies the mysterious archaeological site of Teotihuacán, which was supposedly inhabited by a multicultural society (not the Aztecs!), of which little is known to this day. Climb the two main Pyramids of the Sun and Moon, and wander the Calzada de los Muertos, but remember to pack sunblock and water. 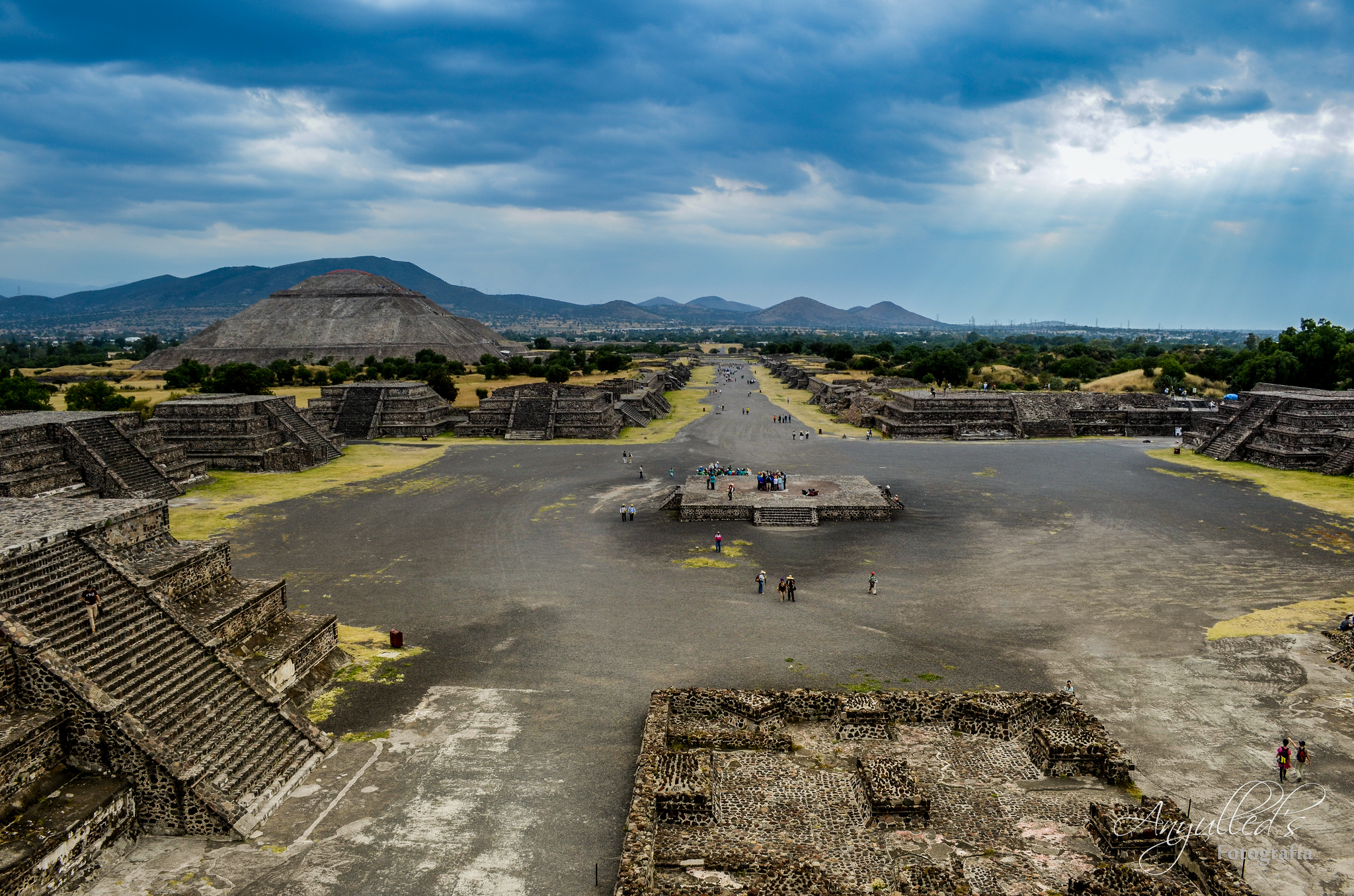 The beaches of Tulum, Quintana Roo

We hop over to the Caribbean coastline now, with a visit to the cool town where you can find some of Mexico’s most beautiful beaches – Tulum. Somewhat of a tourist trap in recent years, there is still an excellent dining scene and one of the most jaw-droppingly beautiful coastlines in the country, all white sand and tranquil turquoise waters ideal for swimming. 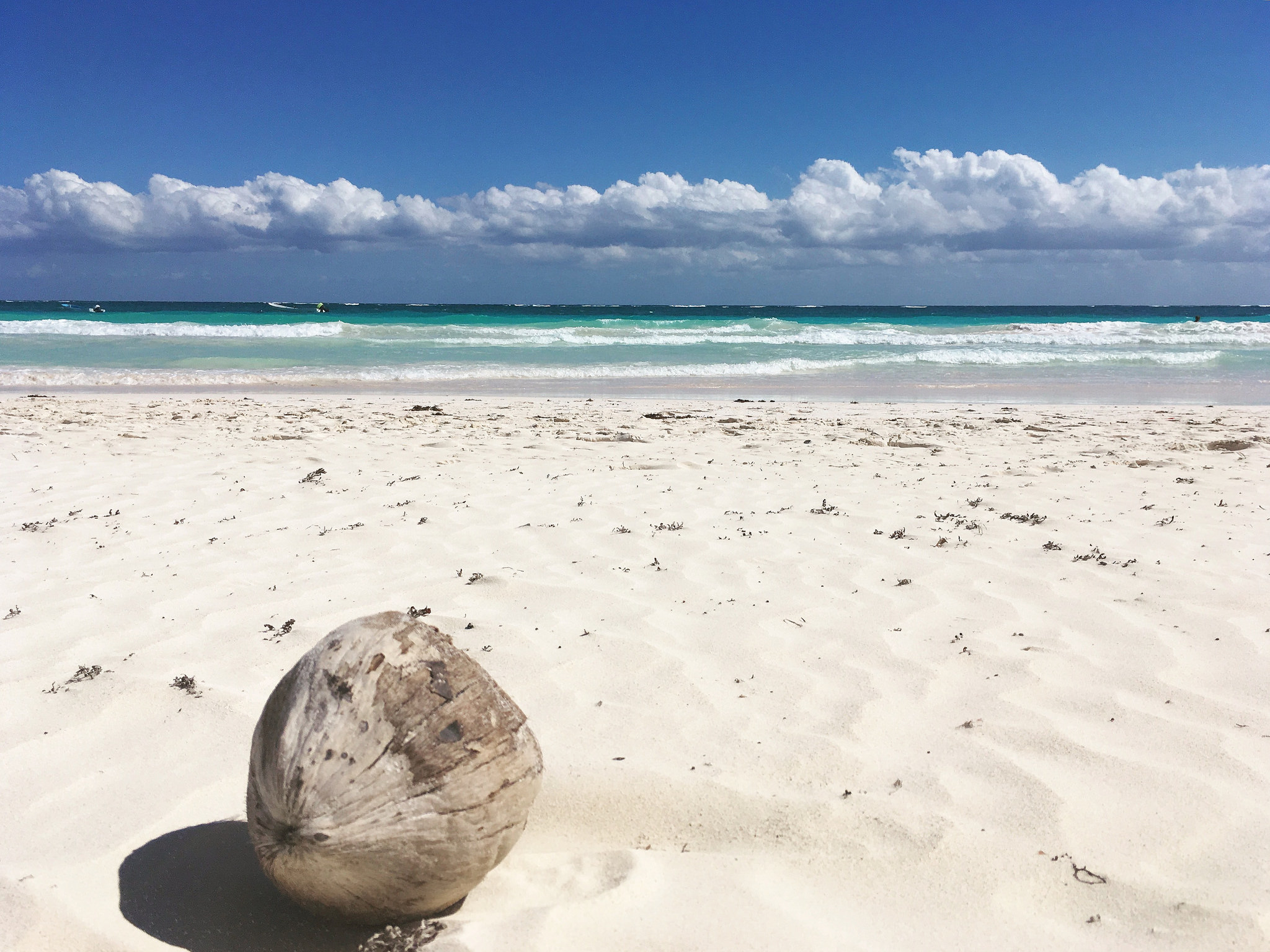 It’s impossible to select just one cenote that you must see while you’re on the Yucatán Peninsula, because the place is literally full of them. However, there are some reputable big names that you might be interested in, such as Dos Ojos just outside the aforementioned Tulum, or the intriguingly named Carwash. Alternatively, take a dip in Ox Bel Ha, the world’s largest underground cave system.

Once you’ve done with the cenotes of Yucatán, you’ll want to head over the famous frozen waterfall of Oaxaca, where you can take a dip in the manmade pools that perch atop it and marvel at the incredibly picturesque view of the valley below.

A visit to Hierve el Agua is not just a must-do in Oaxaca State, but rather an unmissable Mexican experience, period. 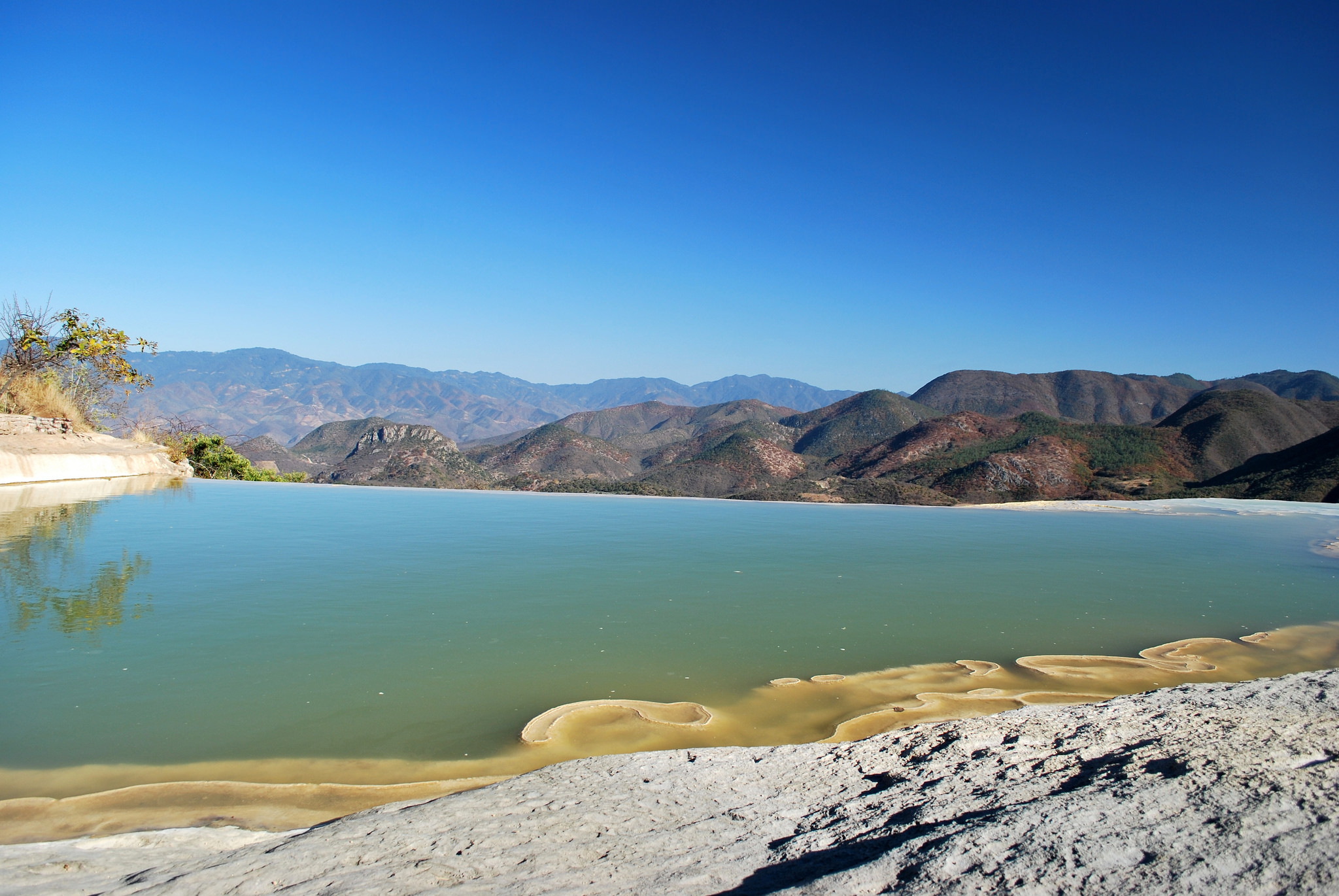 Mexico is often touted as an intensely surrealist country, and given the number of world famous (and even underrated) surrealist artists this North American powerhouse has produced, it’s not hard to believe. However, Mexico doesn’t get more surreal than the British eccentric Edward James’ magnificent and bizarre sculpture park Las Pozas, set deep in the heart of the San Luis Potosí rainforest. 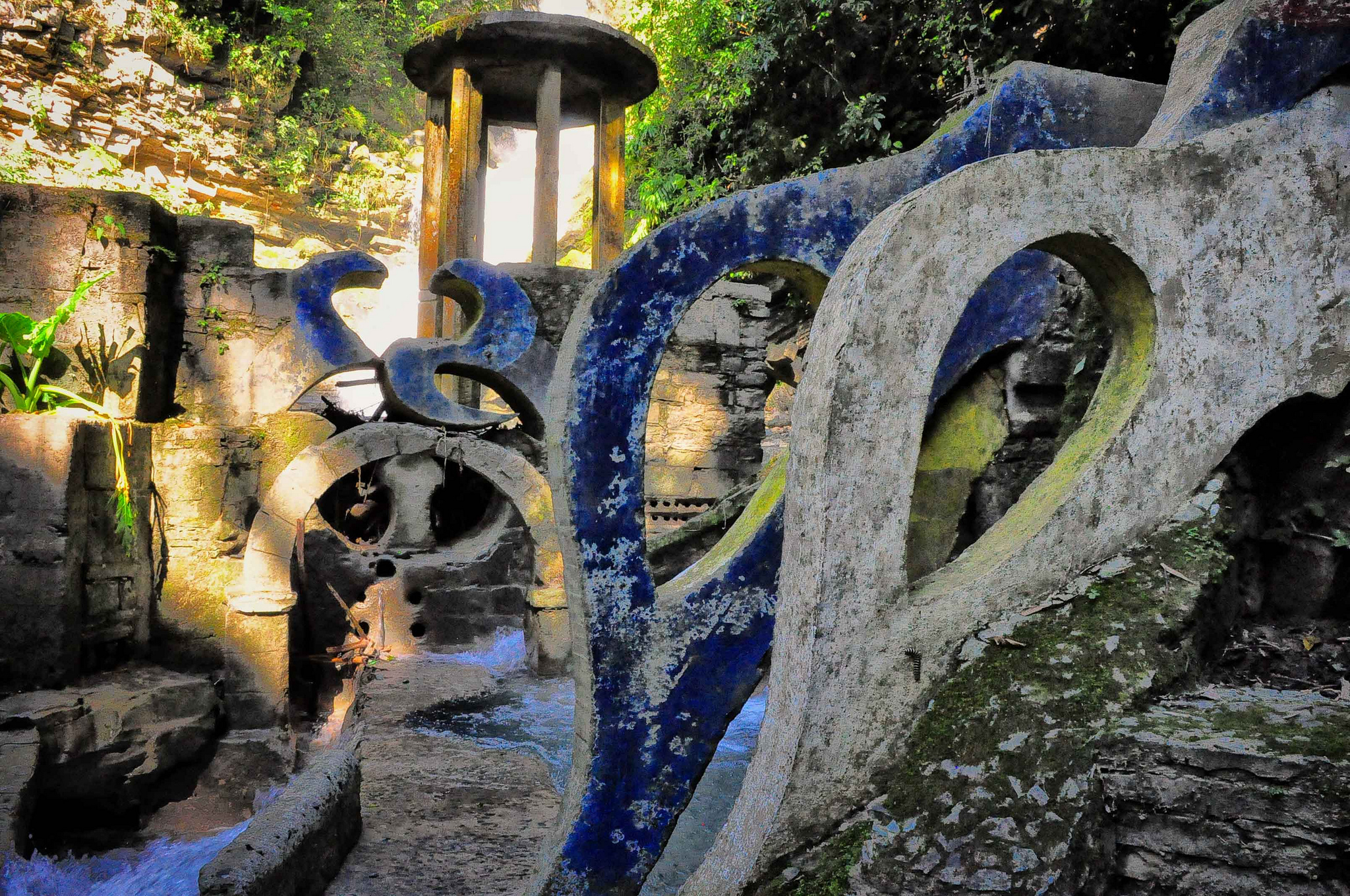 What sounds less interesting than a visit to a steel museum? Not much, we imagine. However, Horno3 in Monterrey will make you rethink that assertion as this brilliantly brutalist museum – one of the best in Mexico – brings together interactive science exhibits, surprisingly fantastic views and the history of the steel industry in Monterrey in a captivating way. 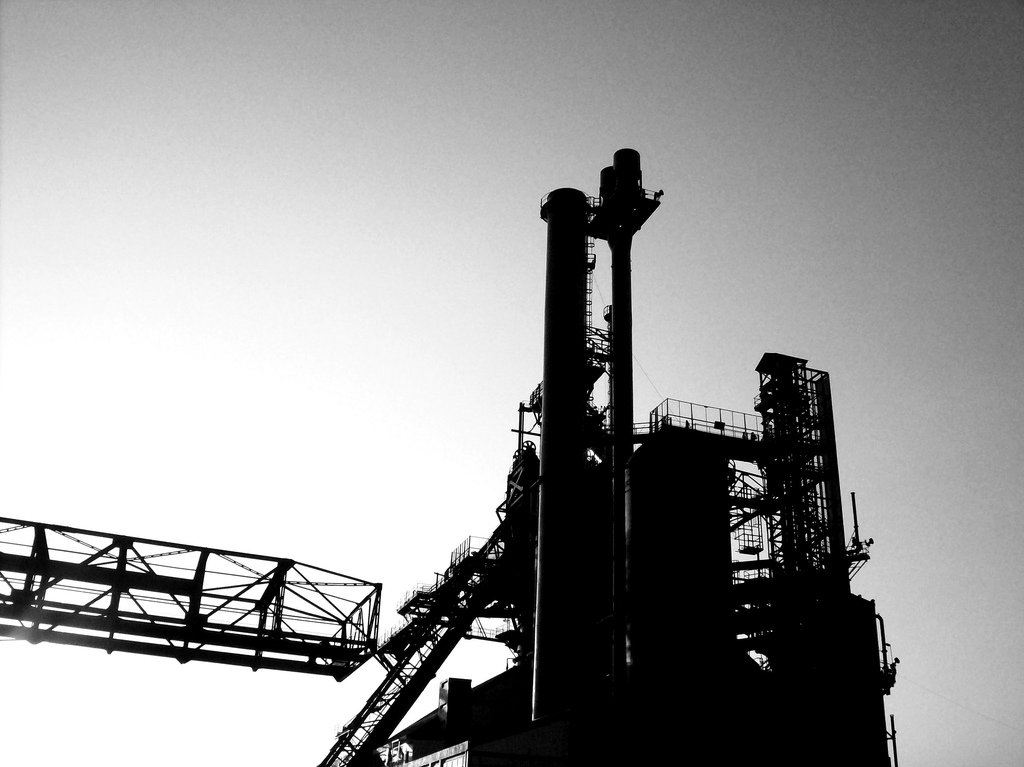 Mexico is home to some of the highest peaks in the Americas, and while the Pico de Orizaba is the tallest, the Nevado de Toluca is by far the more accessible and interesting. Situated within easy reach of Mexico City (making it ideal for a day trip), the Nevado de Toluca also has a unique geographical feature that make it all the more spectacular – two turquoise blue lagoons that sit just below the summit. 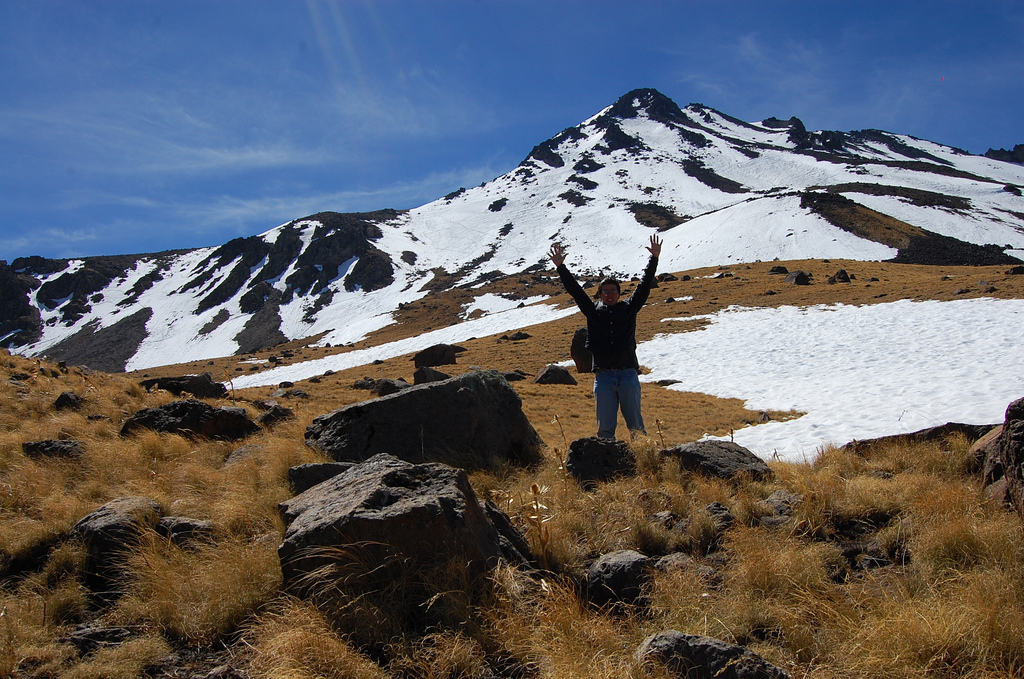 An Instagrammer’s dream location is the best way to describe the fascinating phenomenon of Yucatán’s pink salt lakes. Yes, you read that right. Las Coloradas are strikingly pink pools that you can find in a tiny Mexican fishing village, close to Mérida. While taking a dip is now sadly off limits, you can still wander round the edge and soak up the wonderful weirdness of it all for yourself. 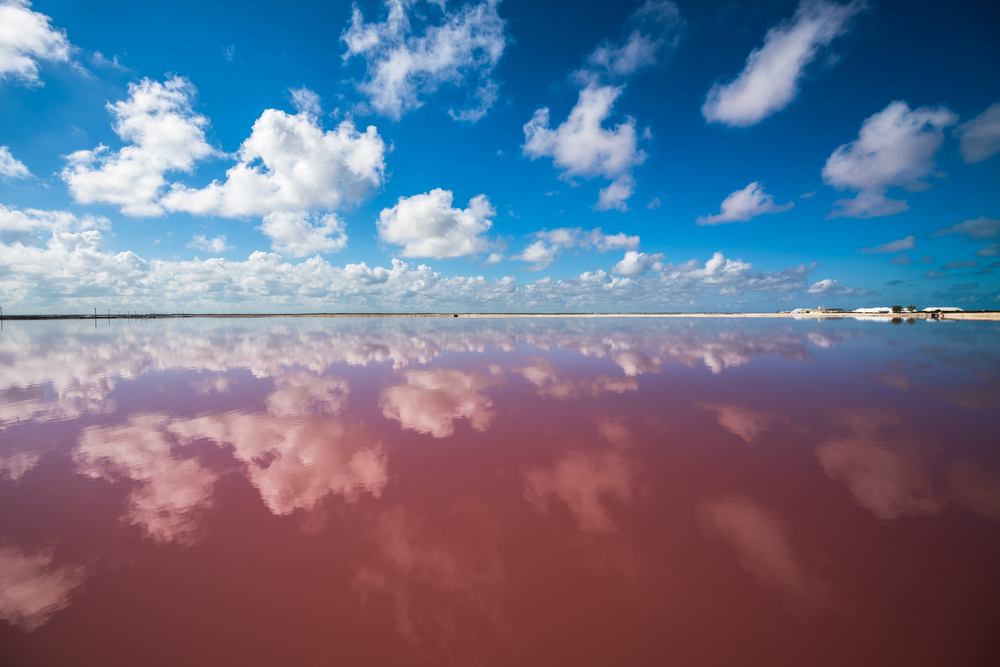 Museum
Museo Nacional de Antropología, Mexico City | © Anthony Gonzalez Reyes/Flickr
Book Now
As the country’s most well-known tourist attraction, the Museo Nacional de Antropología (a.k.a. the National Anthropology Museum) in Mexico City is a sprawling must-visit for anyone who stops by the capital. Consisting of two floors and a plethora of exhibition rooms, you’ll need a day or two to take in the magnificence of both the architecture and the historical artifacts on display there.
More Info
Open In Google Maps
Mexico City, Mexico
View menu
Visit website
Visit Facebook page
Send an Email
Give us feedback

If you thought that Mexico’s Caribbean coastline was the only place you could find a decent beach, then you clearly forgot about the Baja Peninsula. Now best known for the northern border city of Tijuana and the southern celebrity haven of Los Cabos, it’s also home to Playa del Amor (Lover’s Beach). A sure-fire bucket list beach, even for the sand-a-phobes among you, it rather amusingly borders Divorce Beach. Seriously. 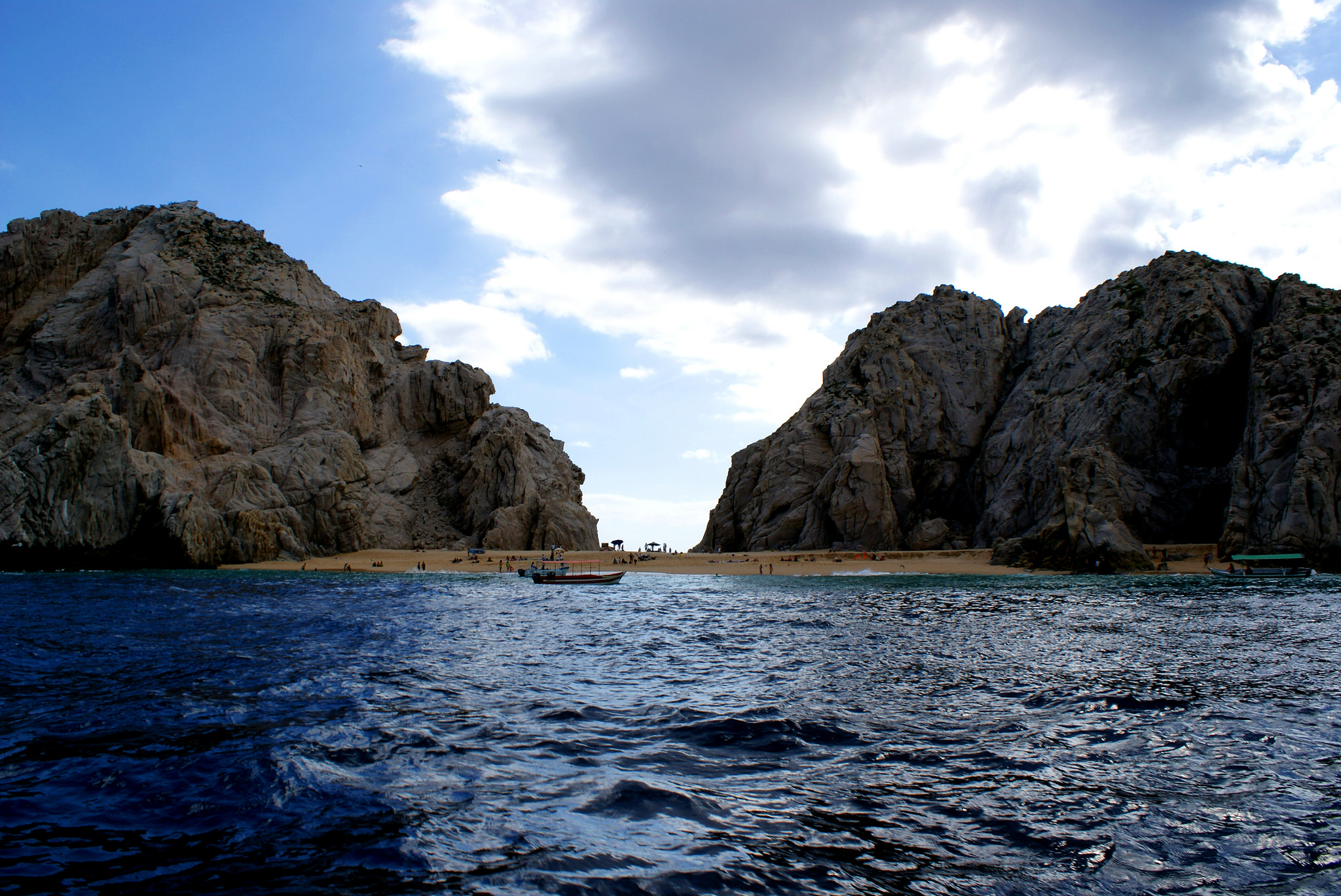 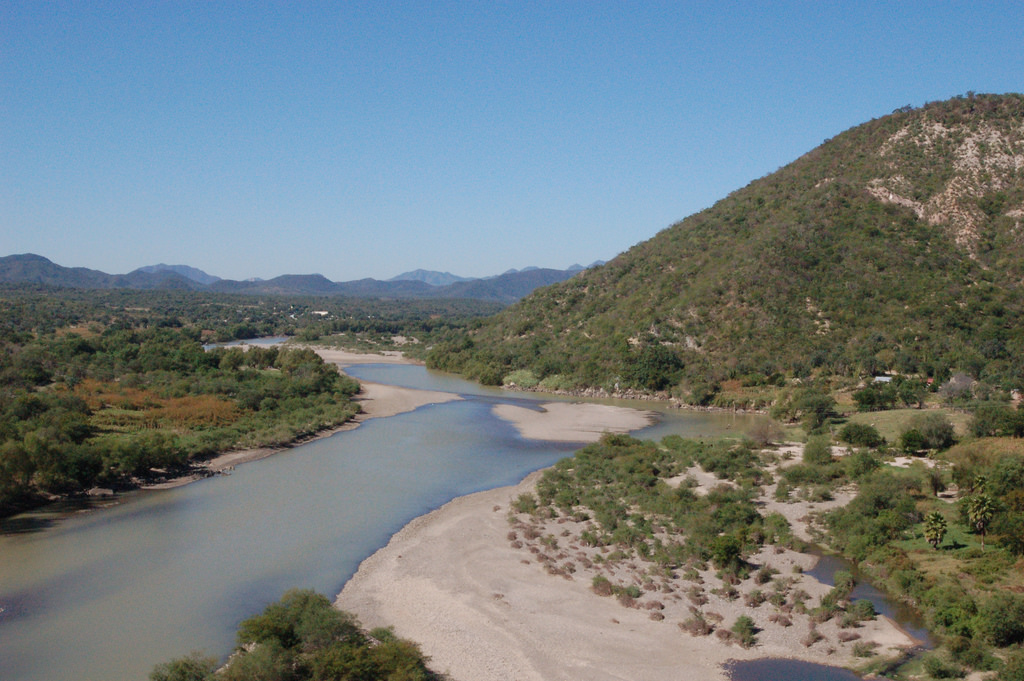 A south-of-centre neighborhood in Mexico City, Coyoacán is anything but off the beaten path, although most people tend to head to the quaint center, with its winding cobbled streets, and fail to venture further afield. However, this neighborhood is massive, encapsulating the equally famous Ciudad Universitaria and offering far more to art lovers than Frida Kahlo’s Casa Azul. 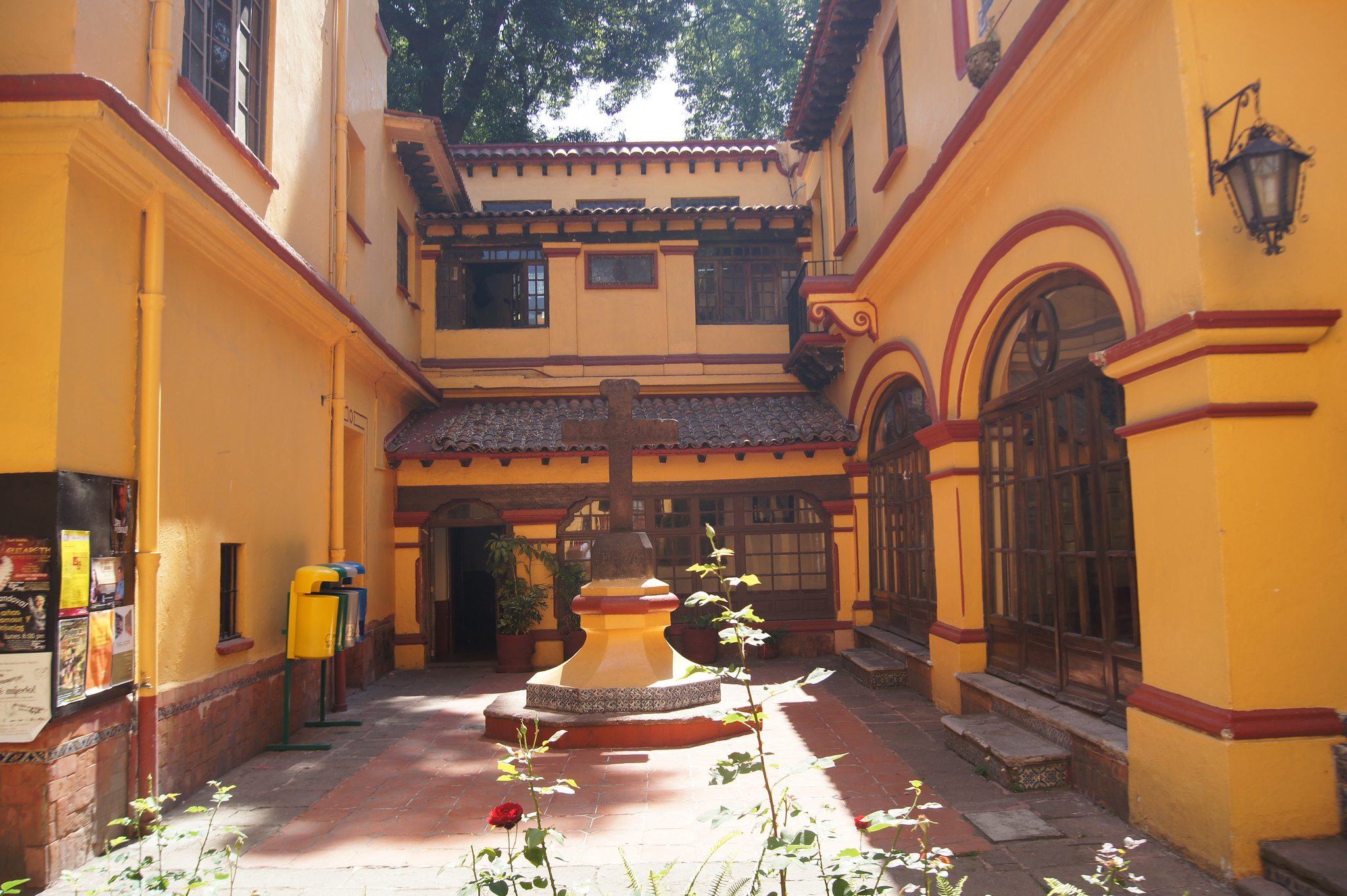 Perhaps the best-known waterfall in Mexico, Chiapas’ Agua Azul is a major tourist destination and often visited as part of a set tour that will also take you to several fascinating spots like the archaeological ruins of Palenque and the Misol-Ha waterfall. Over-commercialized or not, it’s hard to deny the magnificence of these dazzlingly blue rapids that cascade for miles, collecting in small bathing pools along the way. 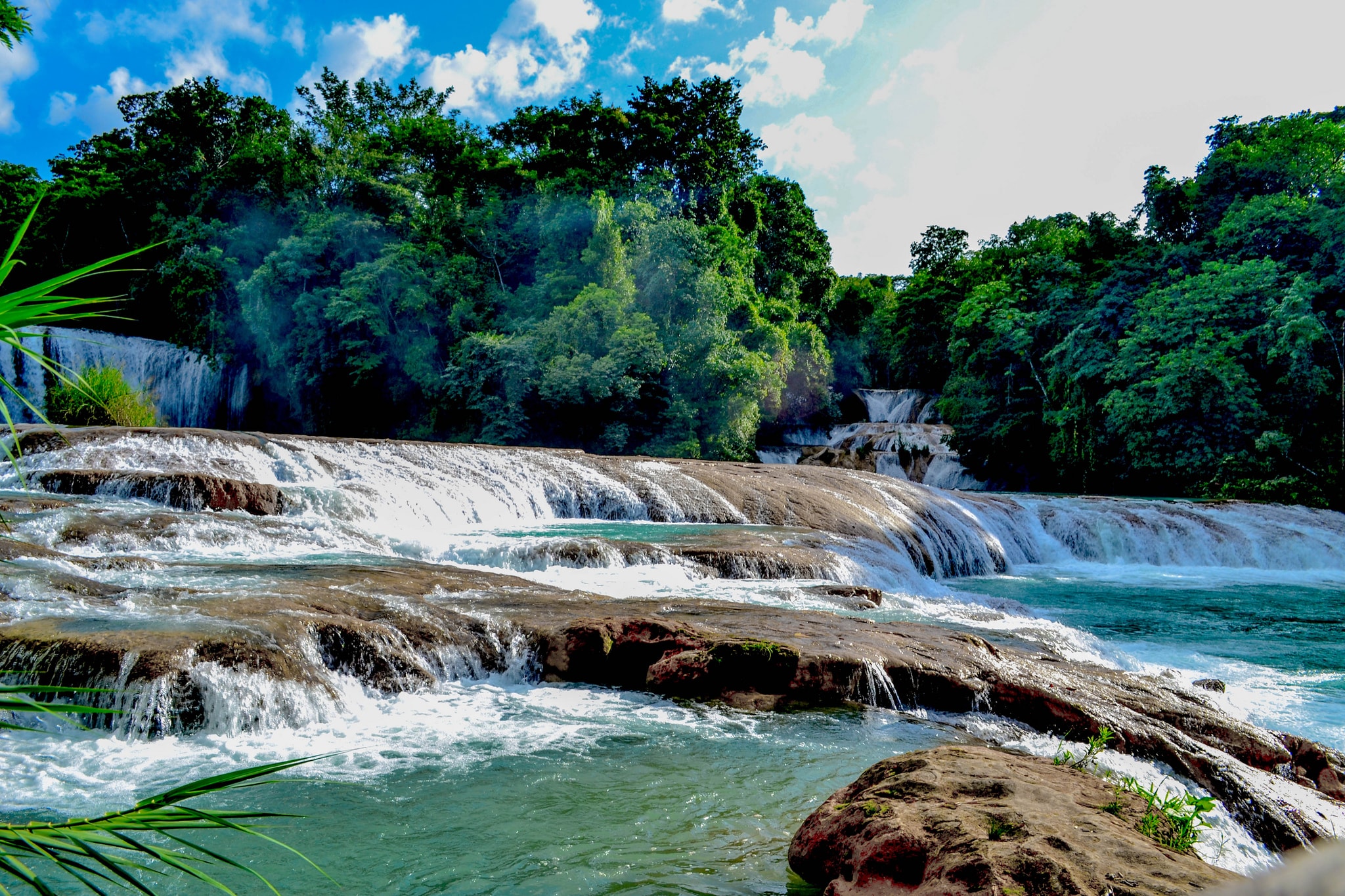 You may well have stumbled across a photo or two of colonial Guanajuato at one point or another, given that it’s one of Mexico’s most emblematic tourist destinations. However, while the cobbled streets, colourful buildings and subterranean passages are all lovely in their own right, you must scale the hill to the Pípila monument and enjoy the 360-degree panoramic views over the entire town. 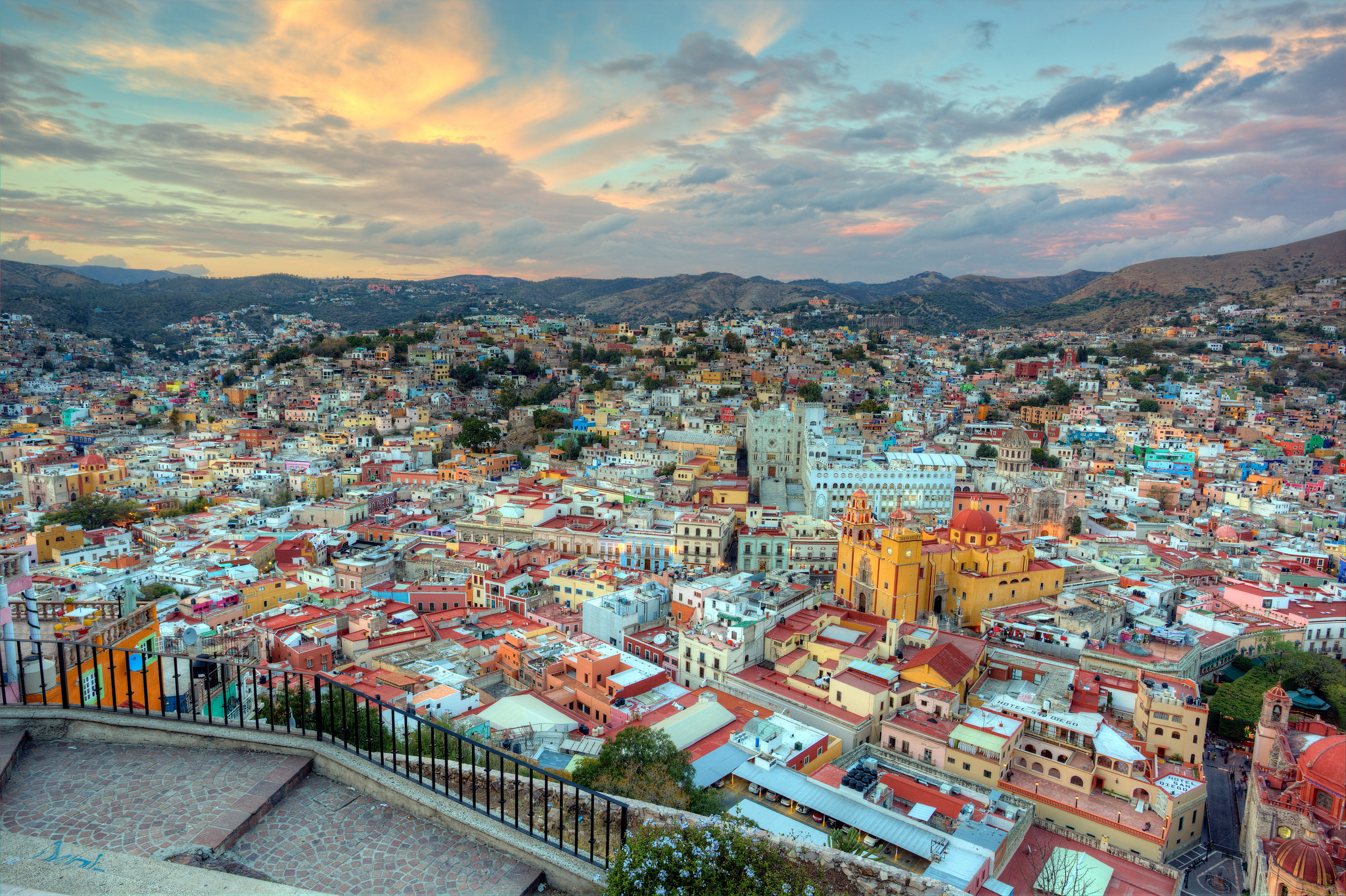 One of Mexico’s most underrated destinations is also the home to one of the country’s coolest attractions – Mina El Eden (Eden Mine). You might be wondering what’s so special about a mine, but that’s only because you’ve never come across one that’s also a bar. Yes, in Zacatecas you can take a ride on the cable car, explore the mine by day and return at night for a quick drink in an unforgettable location.

Tequila may be known outside of Mexico’s as the end-of-the-night drink, only to be knocked back reluctantly when all you want to do is go home and put your feet up, but in Mexico it’s both a national treasure and a quaint pueblo mágico. Located an hour or so from the capital of Jalisco, Guadalajara, is the tiny town of Tequila, where you can tour the street art and the tequila factories. 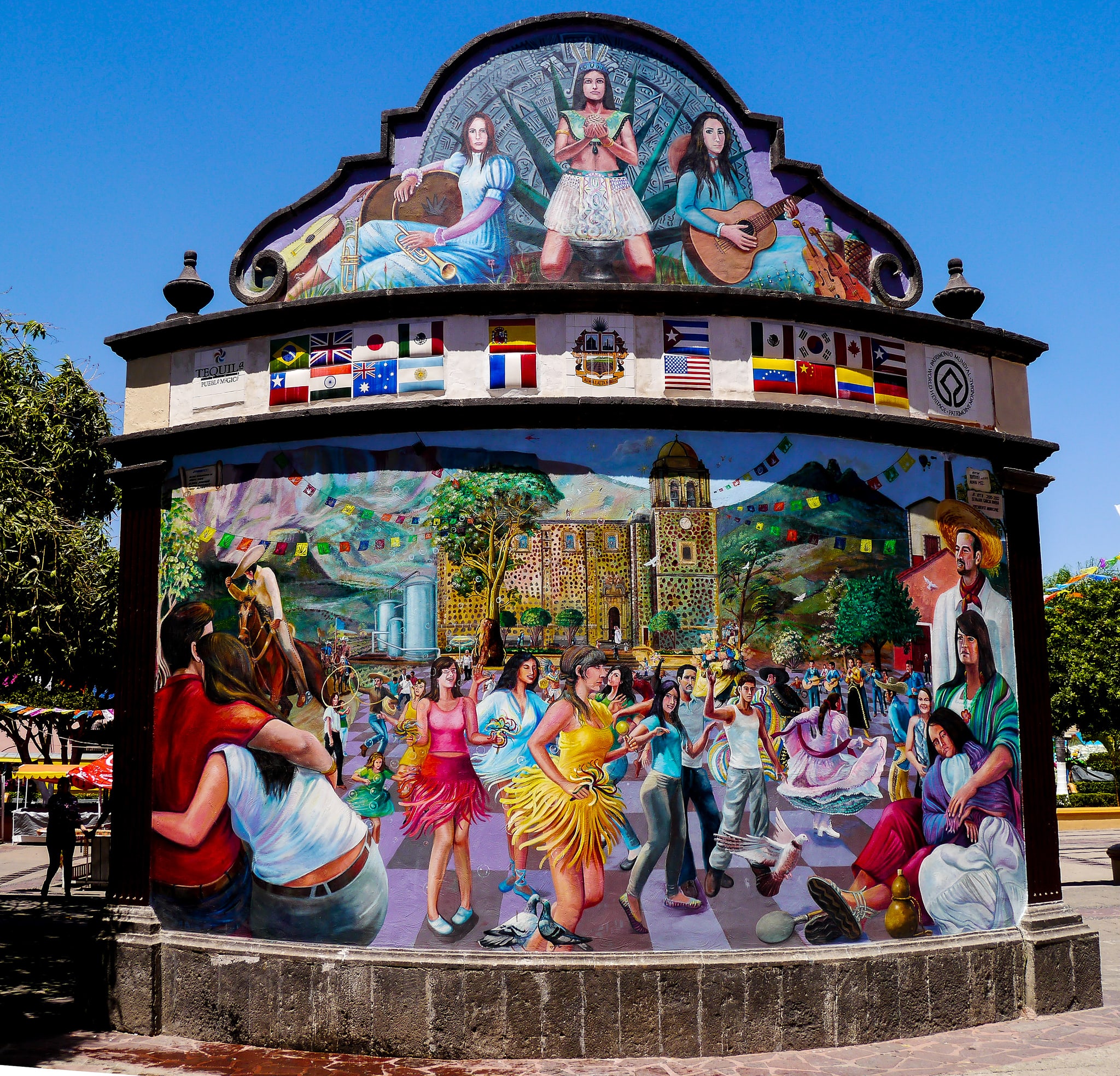 Alongside Oaxaca and Mixquic, Mexico City, Isla Janitzio is the place to celebrate the fascinating Mexican tradition of Day of the Dead. A small island within Lake Pátzcuaro in the troubled state of Michoacán, Janitzio comes alive at the start of November, as residents and tourists crowd onto the island to pay their respects for the dead and enjoy the magical atmosphere of the unique celebration. 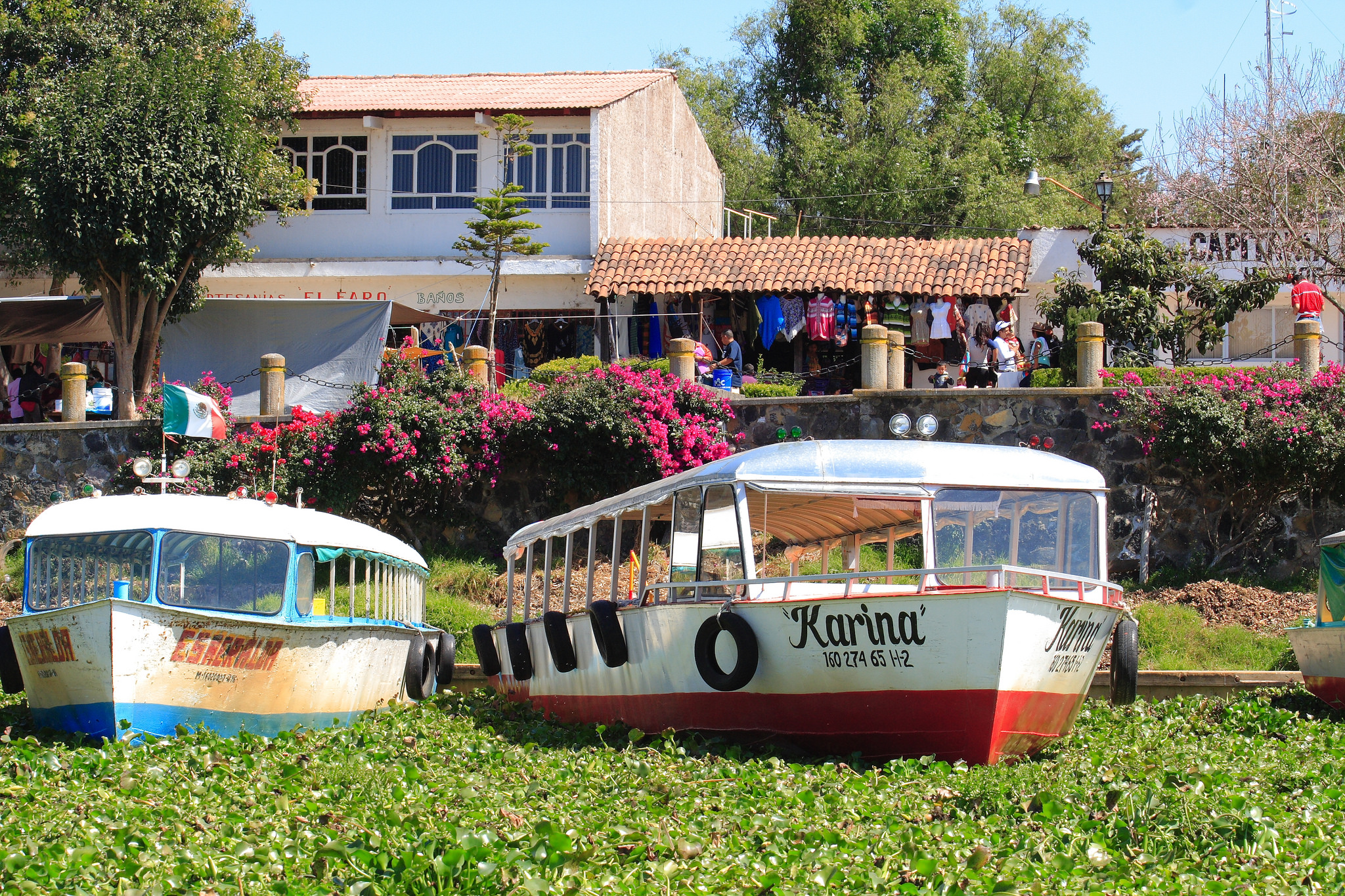 Las Islas Marietas were temporarily closed in recent years due to the high numbers of tourists that traveled to these tiny and fragile islands, famed for their hidden beach and wealth of flora and fauna. Nowadays, they’re open for business, although there are limited numbers allowed to access the islands each day. So, should you get the chance to go, grab it with both hands, and prepare for an unforgettable experience. 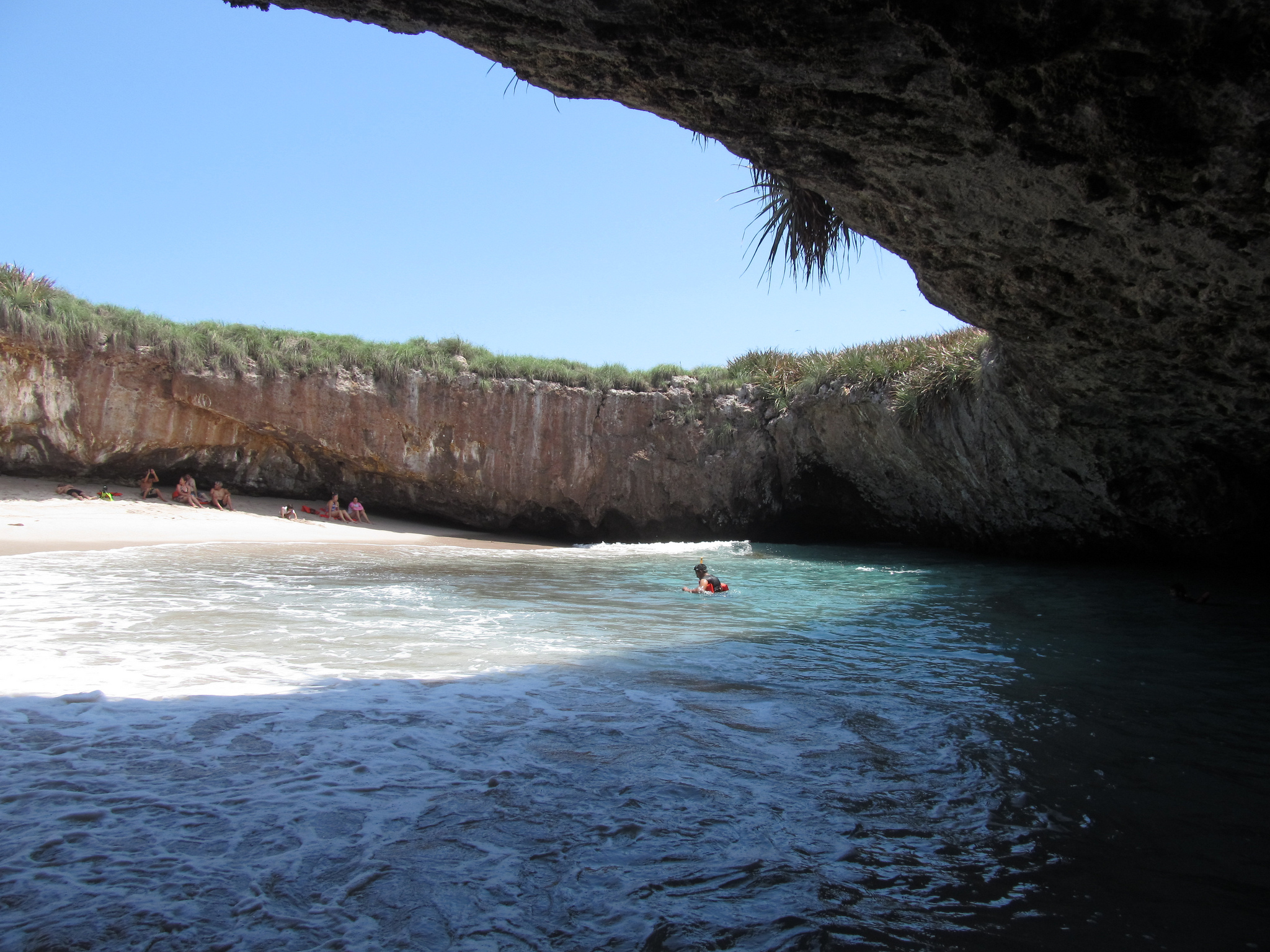 Finally, how could we not mention Chichén Itzá, one of the seven wonders of the modern world? Sure, some believe it to be overrated and inauthentic, but as one of the greatest Mayan archaeological sites in the country, it’s also an essential visit. Renowned for its central pyramid, the site has plenty of other ruins to explore and makes for an unforgettable trip that you’ll be talking about for years to come. 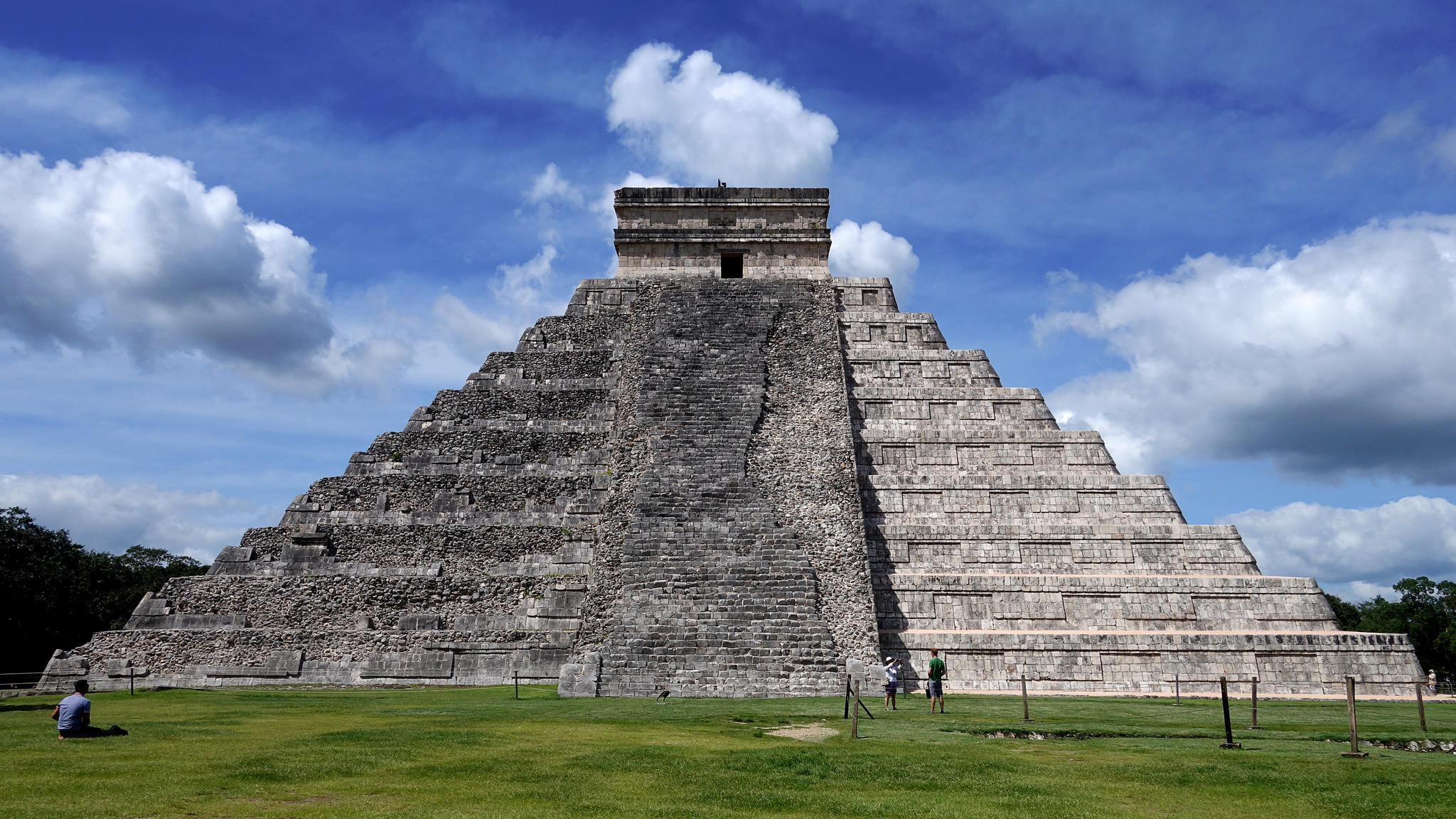