11 Locations in Coco That You Can Actually Visit in Mexico

Scheduled to hit US cinema screens on November 22, Pixar’s latest animation Coco is a beautiful tearjerker with an authentically Mexican feel. In preparation for the film, a research team spent months gathering information at various locations in Mexico, learning about the traditions and music that energize the film. Here’s a list of 11 real-life locations that directly inspired the appearance and feel of Pixar’s love letter to Mexico.

Set in Santa Cecilia, an imaginary town in Mexico, the film tells the story of Miguel, a boy determined to emulate his musical hero Ernesto De La Cruz, a character who has more than a little in common with the late singer and actor Pedro Infante. The extravagant, house-size tomb that Miguel enters is actually based on Infante’s tomb in Mexico City’s Panteon Jardín. Since Infante’s death in a plane crash in 1957, crowds have flocked to the tomb on the anniversary of his death each April. 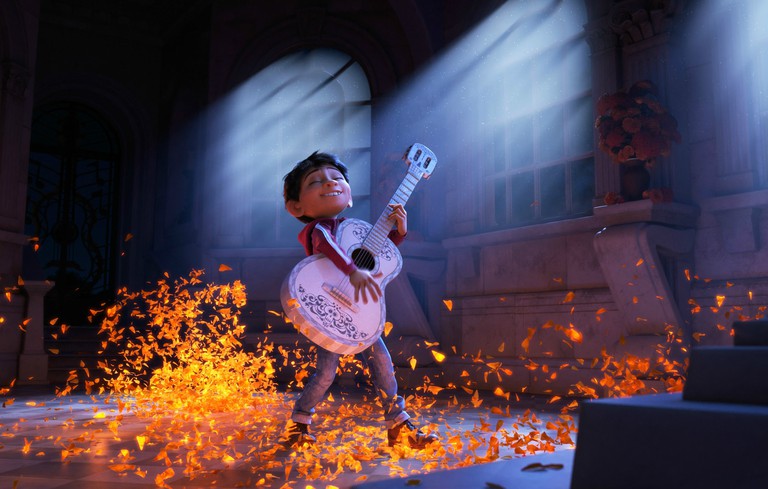 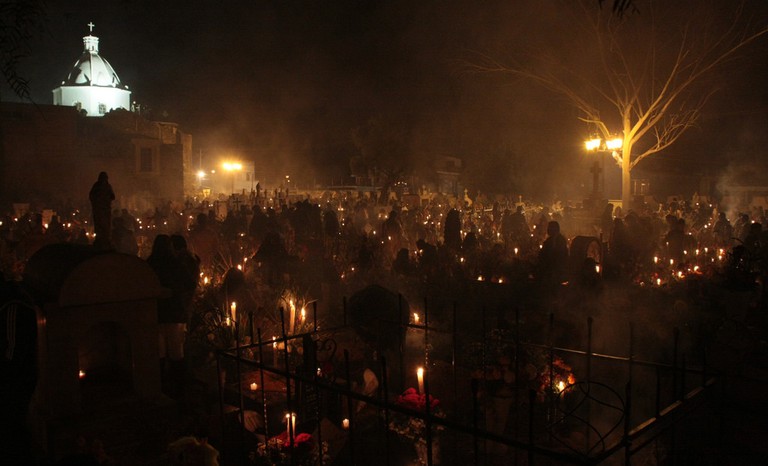 San Andrés Mixquic Cemetery | © R. B / Flickr
Set during the Day of the Dead celebrations held during the first two days of November, the film depicts several locations that are famous for their festivities. The cemetery of San Andrés Mixquic, a community in Mexico City, bears a striking resemblance to the cemetery depicted in the film. 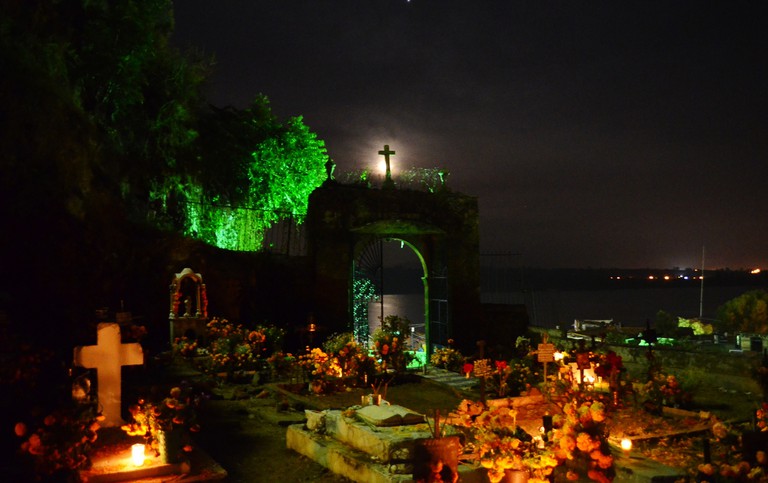 Pátzcuaro Cemetery | © Antonio MaloMalverde / Flickr
Another destination famous for its Day of the Dead festivities is Janitzio Island near Pátzcuaro, in the western state of Michoacán. On the night of November 1, families visit the grave of their deceased love ones and decorate it with candles, flowers and offerings. Locals hold vigil at the cemetery in the belief that the spirits of their loved ones return for another night on earth.

The Historic Center of Guanajuato

In De la Cruz’s tomb, Miguel is magically transported to the Land of the Dead, a mysterious and beautiful realm where he meets his dead relatives. Many of the details of this land echo Guanajuato, the historic town in central Mexico. The Land of the Dead has a similar layout to the Mexican town, with colonial architecture, cobbled streets and balconies on many buildings. 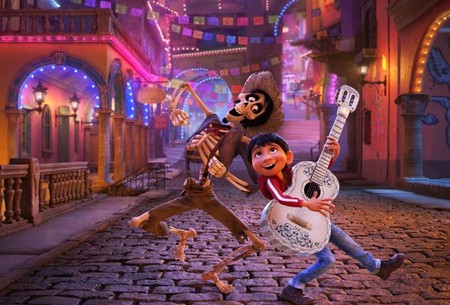 Dancing in the Land of the Dead | © Courtesy of Pixar

In one scene in the film Miguel stops in front of a bronze statue honoring his musical hero. A similar statue in Guanajuato commemorates the Mexican musical legend Jorge Negrete, another figure who inspired the Pixar character. 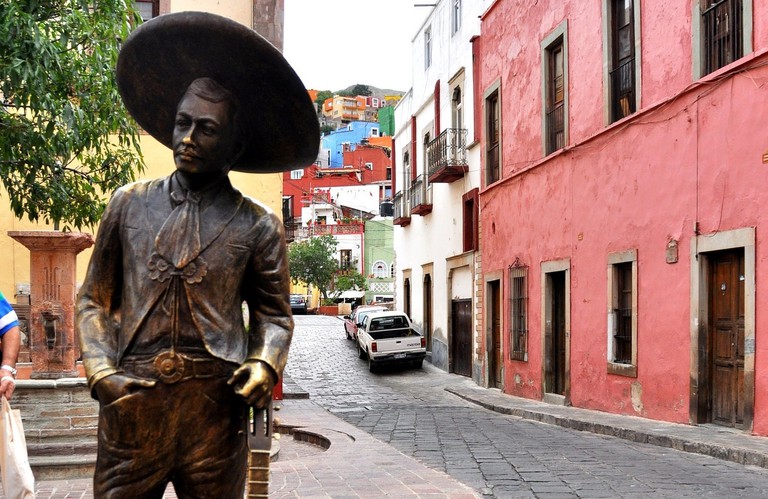 Just like in Coco, lingering mariachi performers are a common sight in Mexico’s plazas. The Plaza Garibaldi in the heart of Mexico City is one the most visited squares in the country and is packed at all times with serenading mariachis. Tourists flock to the area in search of performances to put them in a party mood. 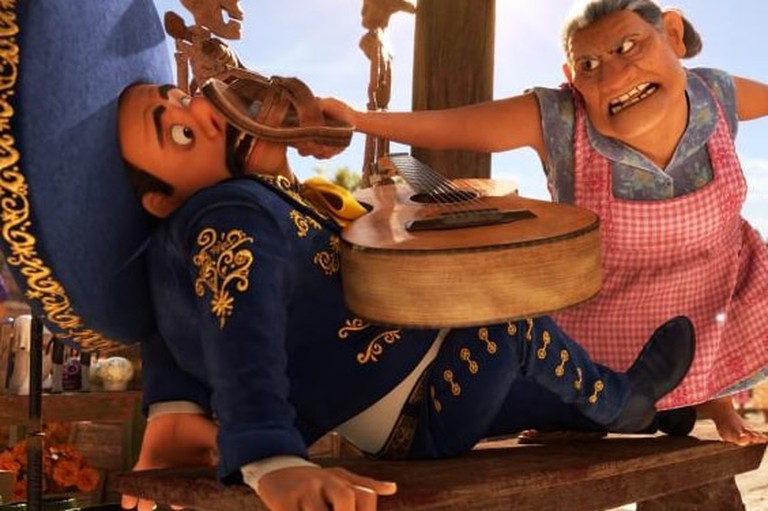 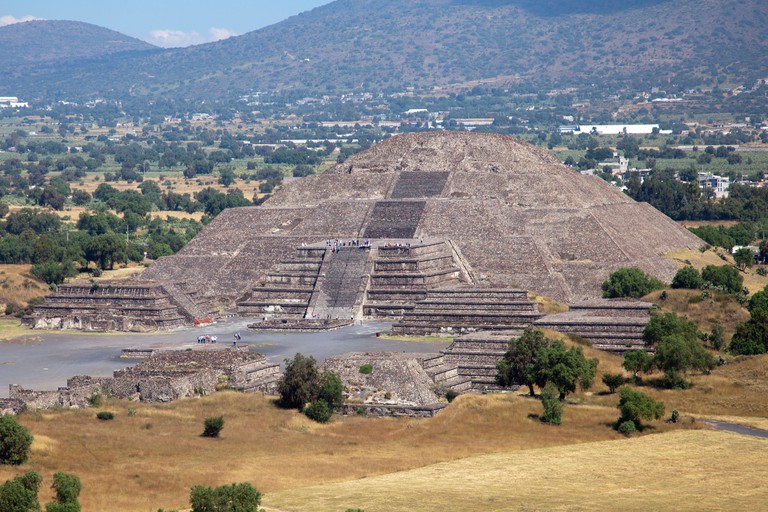 © M.Sobreira / Alamy Stock Photo
Coco makes many references to Mexico’s pre-colonial past. The Land of the Dead is even built around pyramid-shaped ruins that call to mind Teotihuacán, the archaeological site found just outside of Mexico City. 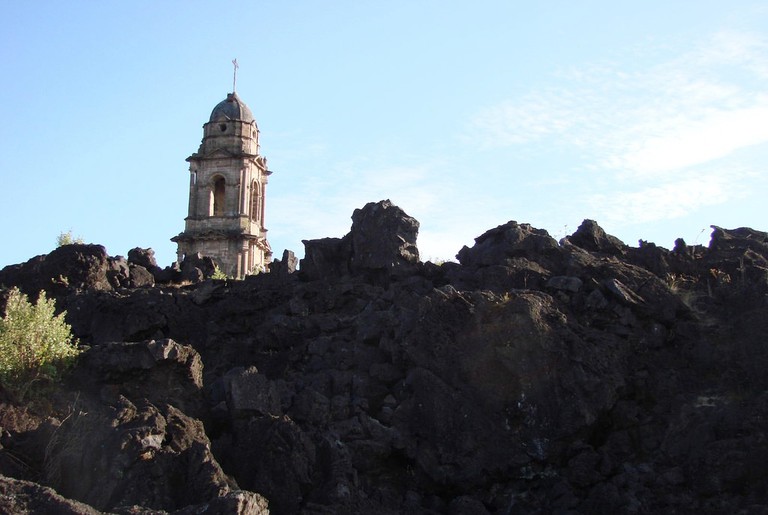 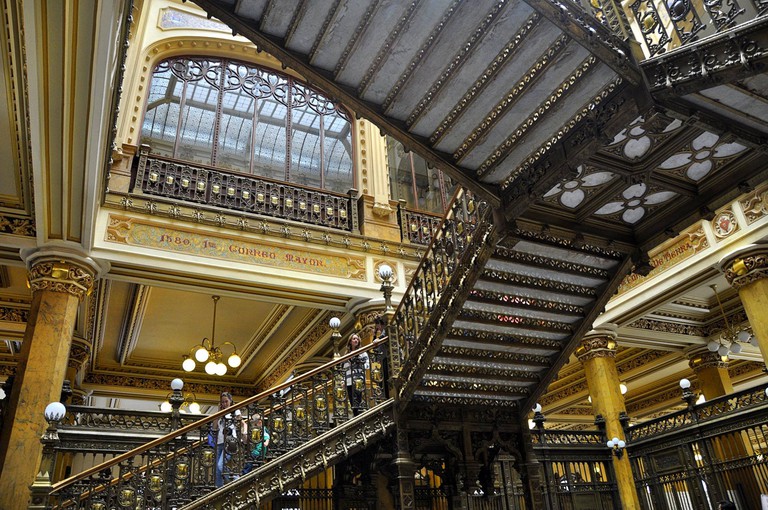 Palacio de Correos de México | © pegatina1 / Flickr
In Coco, the Land of the Living and the Land of the Dead are separated by the Grand Central Station, an elegant building which is clearly based on the Palacio de Correos de México in Mexico City. Built in the opening years of the 20th century, this stylish art-deco building boasts marble floors, intricately carved stones and bronze window frames, just like the station in Coco.

Coco’s director Lee Unkrich has himself revealed that Santa Fe de la Laguna in Michoacán was the key inspiration behind his fictional Mexican village. The tiny yet lively town of just 5,000 inhabitants has a similar size and layout to Santa Cecilia. It also holds impressive Day of the Dead festivities and its walls are decorated with the same red and white color scheme. 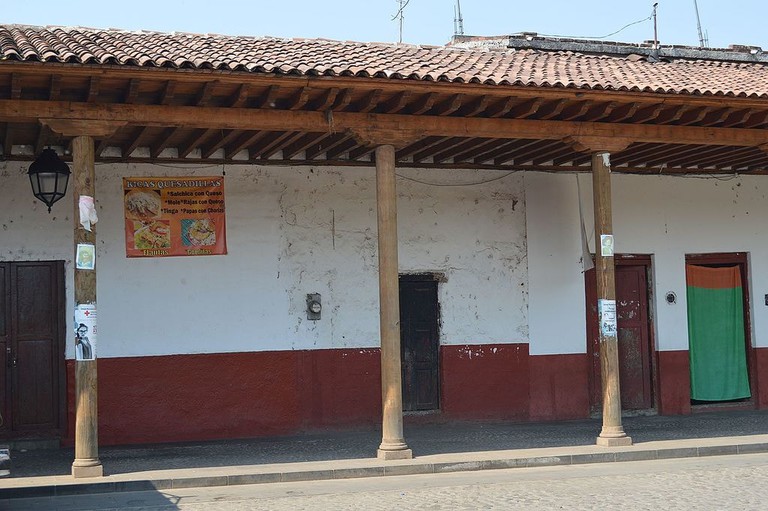 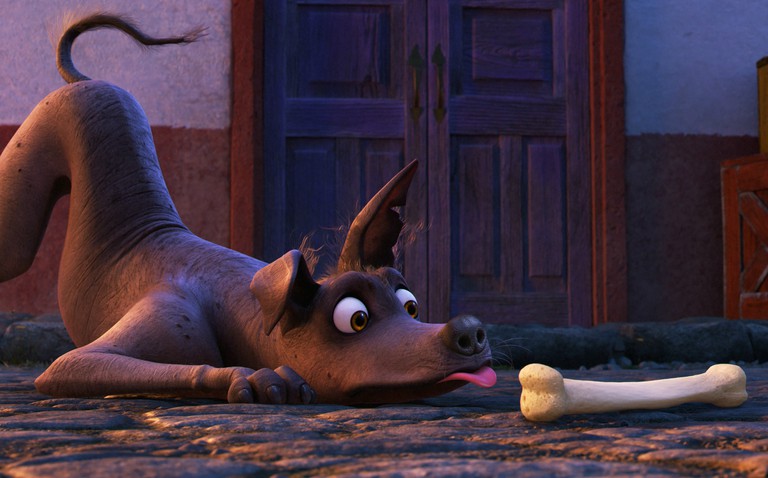 Dante the dog in Santa Cecilia | © Courtesy of Pixar