The Most Unique Experiences in Quebec City 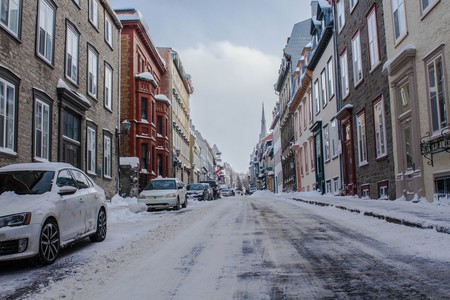 Quebec City is a popular tourist destination, and sites such as the Château Frontenac and Vieux-Québéc are among the most common sites to visit. If you’re looking for something a little off the main track, here are some other experiences that you won’t want to miss—whether you visit during the temperate summer months or in the bitter cold of winter.

The Toboggan Slide Au 1884 is one of Quebec City’s oldest attractions, consisting of a giant snow-slide through the middle of town, running from mid-December to mid-March every year since 1884. Bundling up in your winter’s finest, you can take a thrilling ride on an old-school wooden toboggan that seats up to four passengers and reaches speeds of up to 70 km/h (43 mph). As you swirl down, be sure to check out the views of the legendary Château Frontenac on one side of the run and the majestic St. Lawrence River on the other.

Old Québec is the only preserved, walled city north of Mexico. The fortifications that surround Québec City encompass around 4.6 kilometres (2.8 miles) in length and have survived three centuries of local history. Guided tours are offered along the walls, which help to add further context to the beautiful views of the cityscape. 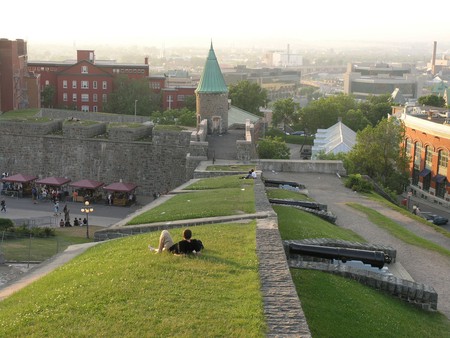 While the wintertime Carnaval de Quebec is the most famous of the city’s multi-day festivals, Le Festival d’été de Québec is a summer event that attracts up to 1.5 million people every year. Musical performances take place in various venues, one of which is the biggest stage in North America. Recent headliners have included Lady Gaga, Billy Joel, The Killers, Bryan Adams, Snoop Dogg, Queens Of The Stone Age, and more. 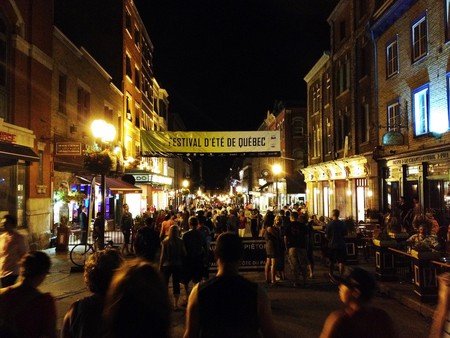 For a relaxing afternoon activity while you’re visiting Quebec City, you can take a stroll along the 15 kilometre (10 mile) path called Parcours des Anses. Following the south shore of the St Lawrence River, this flat route accommodates walking, cycling, and rollerblading, while offering great views of Québec City and Cap Diamant. It’s wheelchair-friendly, and you can bring your dog on a leash. To access the path, you can take the short ferry ride from Québec to Lévis, which face each other across the river.

What better way to experience French-Canadian traditions than through a guided culinary tour? While in the city, you can sign up for one of the many local food tours that give you the opportunity to sample locally-produced craft beers, chacuteries, seasonal teas, home-grown cheeses, and other tasty dishes, while also learning about the history and culture of Quebec City and the province beyond. 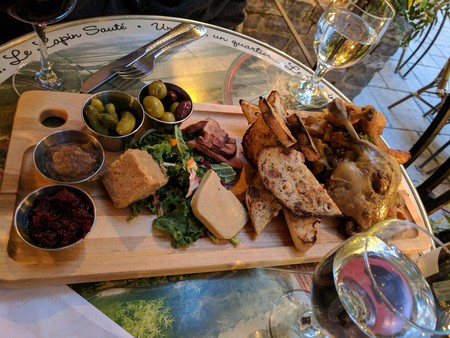 Île d’Orléans is an island located around five kilometres (3.1 miles) east of downtown Quebec City. It was one of the first parts of the province to be colonized by the French, and so it holds an important place in Québécois heritage. You can access it from the mainland via the Île d’Orléans Bridge from Beauport. Ile d’Orleans is the perfect destination for foodies, as it’s home to multiple vineyards, strawberry fields, orchards, and a well-known chocolate shop. La Seigneurie de l’Île d’Orléans is also a charming spot, maintaining multiple beautiful private gardens. Each garden has a theme, showcasing rare plants and flowers. Guided tours are offered so that visitors can discover the secrets of the garden, and you can explore it on your own.

Ferrying across the St Lawrence

A great way to get a broader sense of Quebec City is to take a brief ferry ride across the St. Lawrence from the old port, just steps from Rue Petit-Champlain—the oldest street in North America. The ferryboats navigate the watery crossing between Quebec City and Lévis. The ferry ride only costs about C$11 for a round-trip ticket. From the middle of the St. Lawrence River, the views overlooking Old Quebec and the city beyond are spectacular. 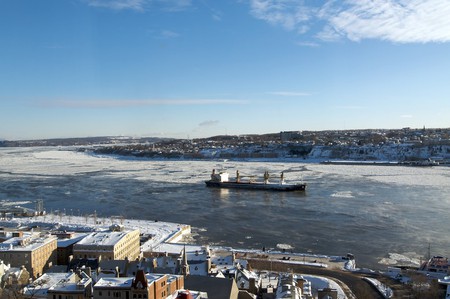 Quebec City’s Hôtel de Glace is a unique wintertime attraction. Located just a few minutes from the city centre, it gets redesigned every year with new and intricate sculptures and ice paintings created with tons of ice and snow. While visiting this architectural wonder, you can participate in outdoor excursions like dogsledding or cross-country skiing, explore the Ice Chapel, or enjoy vodka from glasses made of ice in the hotel’s bar. If you opt for an overnight stay, you’ll be supplied with polar sleeping bags to keep warm through the night.

The Plains of Abraham

The Plains of Abraham comprises one of the most important historical sites in Canada. Now a large and peaceful recreational park, in 1759 this wide open space was the site where the British troops defeated the French in a half-hour battle that forever changed the course of North American history. It’s a popular spot year-round for activities such as picnicking, cycling, cross-country skiing, and more. 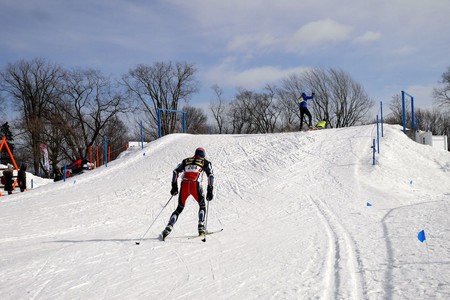 Another important site for Canadian military history, this star-shaped fortress on Québec City’s Cap Diamant is the largest fortified base in North America still occupied by troops. La Citadelle was built in the 1800s to protect the city from an American invasion that never occurred, and it’s currently home to Canada’s Royal 22nd Regiment. During the summer, the regiment dons scarlet tunics and bearskin caps for the changing of the guard every morning at 10am. It’s also a popular museum to visit. 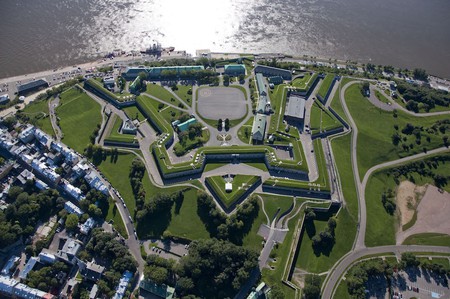 The Capital Observatory offers the best views of Quebec City, from 31 floors above the provincial Quebec Parliament buildings at the top of the Marie-Guyart Building. At any time of year, the panoramic cityscapes are stunning. Take in views of the changing autumn foliage, the star-shaped structure of La Citadelle and the surrounding fortifications, the St. Lawrence River, both Port St. Louis and Port St-Jean, and the contrast of historical architecture with modern urban buildings. 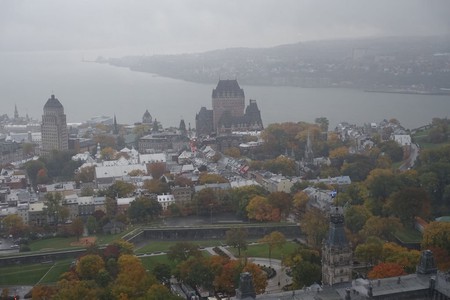