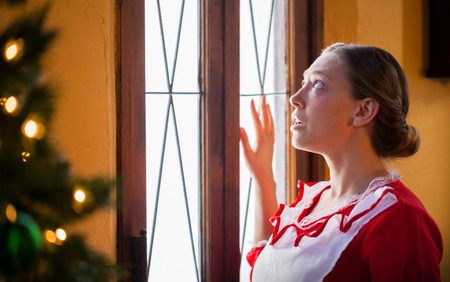 As Santa heads out to fulfill his annual duty, Mrs. Claus longingly stares into the distance as she sings:

A free download of the song is available here.