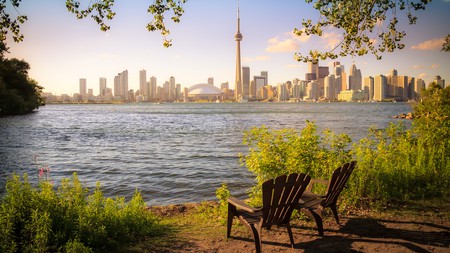 Though it started as British fort in 1793, Toronto is now Canada’s thriving cultural capital, with world-renowned art galleries, easily recognizable monuments and first-class food markets – all of which are worth visiting. However, a trip to the city isn’t complete without veering away a bit from the mainstream.

From throwing battleaxes at one of the city’s target ranges to trying Ontario’s finest wines, here are the best experiences to enjoy in Toronto.

Sip through Canada’s wine country at a sommelier-led tasting 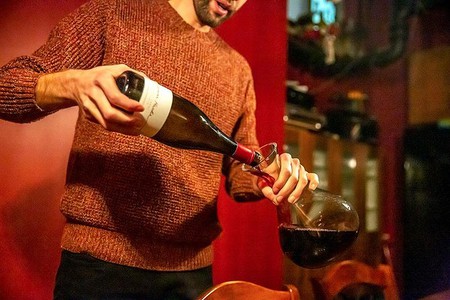 There are two thriving wine districts within a few hours of Toronto, but if the length of your trip to the city doesn’t permit the journey, slipping in a tasting is an excellent way to get to know the Canadian scene. Weave down into a wine cave to taste through the Canadian terroir with the guidance of sommelier Mackenzie Putici. Each private session leads you through a selection of local varietals, including chardonnay and cabernet franc, paired with plates of cheese and fruits for good measure.

Embark on a adventure at a virtual-reality arcade

The city is home to a host of exciting activities, but a virtual-reality arcade makes a case for transporting yourself away from Toronto (if only for a few minutes). At Levelup Virtual Reality Arcade, the pinball machines and Big Buck Hunter of your youth are subbed out for VR headsets, large-screen TVs and many props. You can swim through an ocean crater, fight off a zombie apocalypse, battle pirates off the plank or do it all – each visit lets you play an hour of VR. 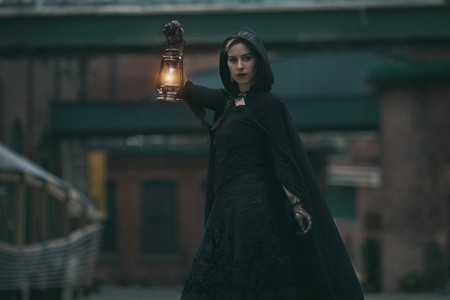 By day, Toronto’s Distillery Historic District is home to a mass of chic boutiques and seasonally, the bustling winter market. However, by night, the district takes a darker turn – or so they’ll regale you on this ghosts and spirits tour. Prepare to be spooked as the costumed guide (most are trained dramatists) leads you through the cobblestone streets, sharing tales of the former industrial district’s gruesome history.

Soak in the city on foot with a historical walking tour 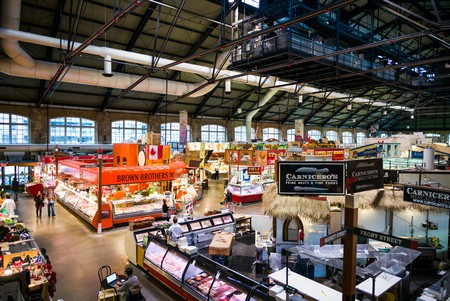 Toronto’s different markets pull back the curtain on its culture and history, and it’s easy to spend hours enthralled in their sights and scents. This experience weaves you through the 19th-century St Lawrence Market (a foodie’s paradise) to stock up on peameal bacon sandwiches and hand-ground mustard, before leading you through the historic core of the city, pointing out landmarks and notable spots along the way. Stroll past the famed Flatiron Building, the quirky dog fountain in Berczy Park and down to the waterfront – then enjoy your snacks while floating by downtown on a narrated cruise. 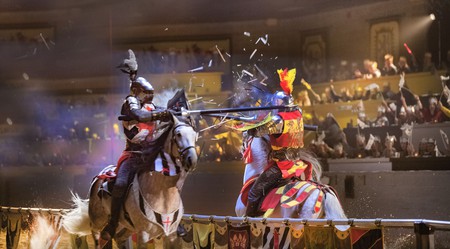 Game of Thrones may have come to an end, but you can relive a bit of Westeros by playing knights and queens at Medieval Times. Aptly named, the dinner show takes guests (or lords and ladies) back to the 11th century for a feast fit for royalty. Dinner is traditional: think drumsticks and freshly baked bread, with ales and mead for the older crowd. While you dig in, knights compete for the queen’s affections in a round of jousting – each section of the stadium cheers for a different kingdom’s knight. Between courses, a falconer shows off his craft while trained stallions dance around.

Upgrade your typical date night of dinner and drinks with axe tossing. Bad Axe Throwing lets guests hurl axes at target ranges, with prizes for the best aim. While that may sound like a recipe for disaster, the team of coaches guides everyone through proper techniques (and will teach you a few trick shots if you’re daring). Bring a full flock of friends – and drinks and snacks – and spend a Friday night stirring up some friendly competition.

Pretend you’re in The Hunger Games with archery tag

Channel your inner Katniss Everdeen with an exciting game of archery tag. It’s everything you remember from the schoolyard game, but each player is decked out with helmets, bows and arrows (soft-tipped, naturally – don’t expect the bumps and bruises of paintball). The course is laid out on a field of obstacles to dodge, duck and dip behind as you face off against your friends. Each booking includes a debriefing, orientation, target practice and referee-supervised gameplay.