Whale-watching boat tour in Tadoussac | © Kayugee / Flickr
Boat tours are an excellent way to experience Canada, as it’s home to many stunning lakes and has the world’s longest coastline. Tours around the country can take visitors to see whales, puffins, icebergs, fjords, waterfalls, and so much more. Here are 10 of the best boat tours in Canada.

Natural Feature
Niagara Falls | © Paul Bica
Book Now
Perhaps the most famous cruise in Canada, visitors can’t go to Niagara Falls without doing a Hornblower Niagara Cruise. This cruise is the only one people can take from the Canadian side of Niagara Falls, which takes you as close to the falls as possible. Cruise goers are each given a poncho, as the power and mist from the falls will soak every inch of you. But the dampness is definitely worth getting up close and personal to the natural wonder.
More Info
Open In Google Maps
Niagara Falls, Ontario, Canada
View menu
Visit website
Visit Facebook page
Send an Email
Give us feedback

Along the Rideau Canal

A registered UNESCO World Heritage Site, the Rideau Canal runs through Canada’s capital city, Ottawa. It extends 202 kilometers (126 miles) from Ottawa to Kingston. The Ottawa section has many locks and bridges, so a cruise along the waterway is a great way to see some of the city’s best sights. There are many companies that offer boat tours along the Rideau Canal, including Paul’s Boat Lines, Rideau Canal Cruises, and Ontario Waterway Cruises.

Tadoussac is said to be one of the best places for whale watching in the world. Over 200,000 people visit the Quebec town between May and October to see a variety of different whale species. Blue whales, humpbacks, minke whales, belugas and fin whales can all be spotted in St. Lawrence’s salty waters. They swim up the river to the mouth of Saguenay Fjord to feed. Otis Excursions and Croisières AML are two companies offering whale-watching tours from Tadoussac. 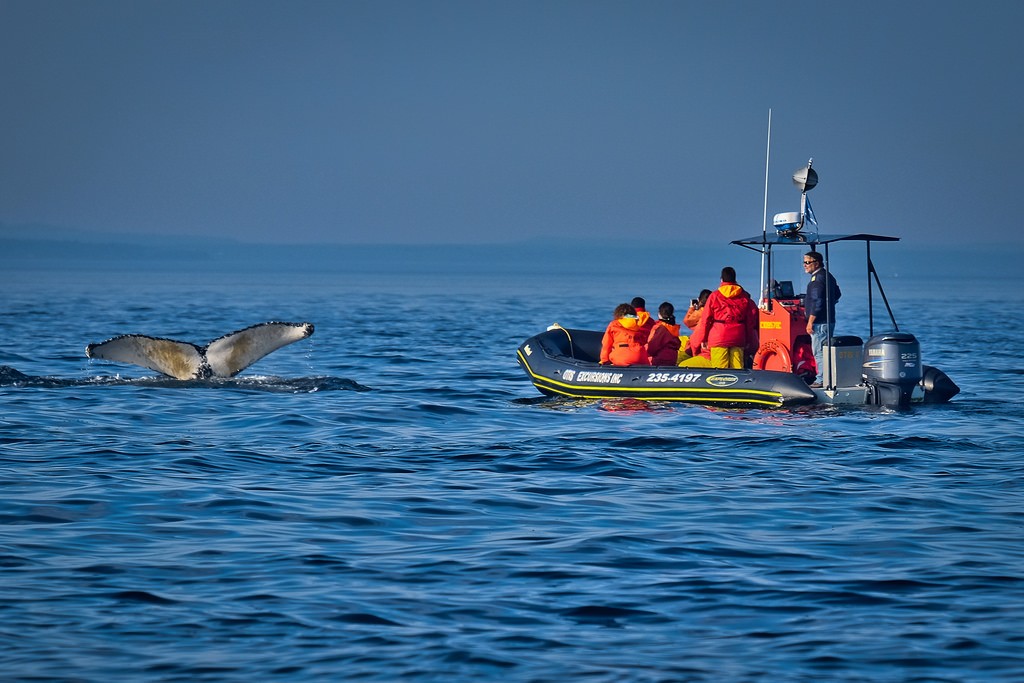 Straddling the United States and Canada border in the St. Lawrence River, the Thousand Islands were a retreat for the elite back in the late 19th century. Stately mansions, a German-style castle, and lighthouses are some of the structures located on just some of the region’s 1,800 islands. Take a boat tour with 1000 Islands & Seaway Cruises to see the most impressive landmarks. They offer both traditional and high-speed cruises.

Through the Canadian Rockies

See Banff National Park from a different perspective and cruise around Lake Minnewanka. The national park’s largest lake, it’s perfectly surrounded by the towering and majestic Rocky Mountains. As well as admiring the scenery and turquoise lake surface, cruising along Lake Minnewanka with Brewster is also an opportunity to spot some of Canada’s wildlife, such as bears, bighorn sheep, and bald eagles. 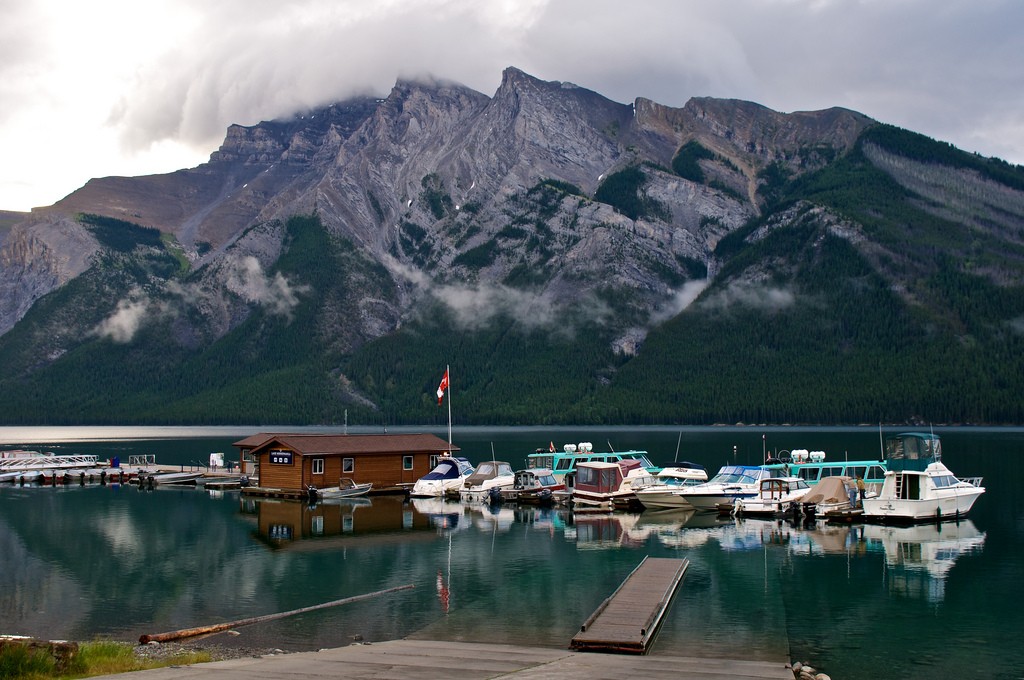 Advocate Boat Tours is actually the only company on the upper Bay of Fundy, which is known for having the world’s highest tides. Approximately 160 billion tons of water flow through the Bay of Fundy, which equals the flow of every freshwater river in the world—combined. Advocate offers two small (maximum of six guests) tours, including a wildlife tour to Isle Haute. The other option is Cape Split, which gives people a close-up view of Bay of Fundy’s impressive rock formations.

Up close to icebergs

Newfoundland and Labrador is one of the best places in the world to see icebergs. They arrive in the area from the Arctic in early spring, but the best time to view them is usually early May to late June when they aren’t trapped in sea ice. The time between May and September is also a perfect opportunity to spot whales off Twillingate’s coast, so it’s a two-for-one deal with Twillingate Island Boat Tours. 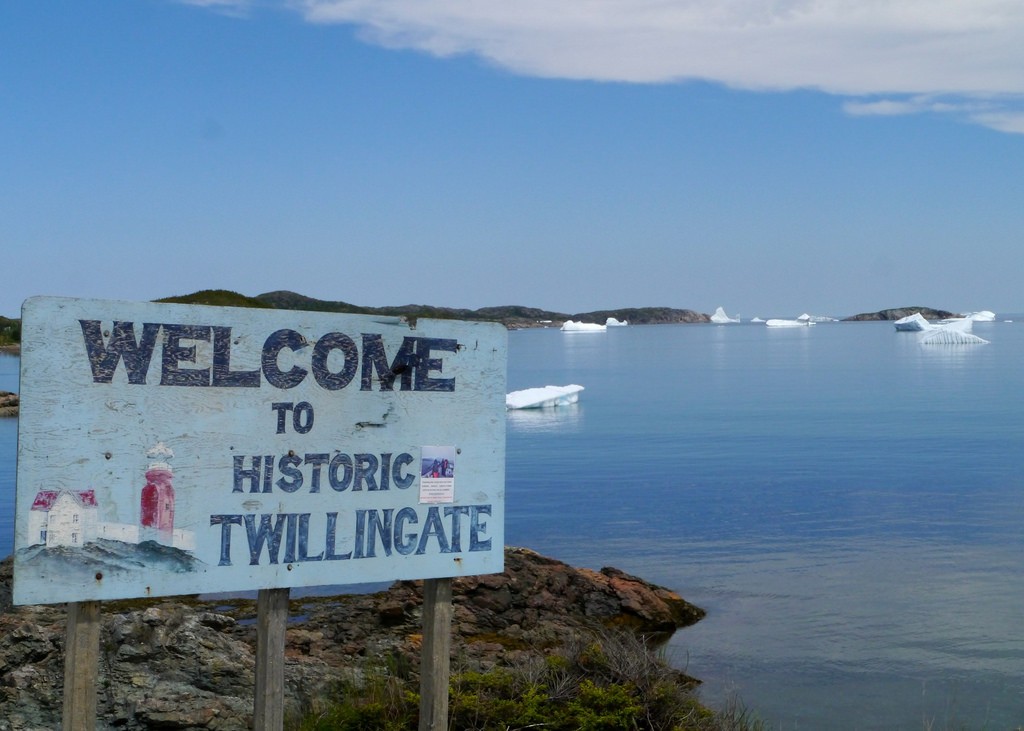 Although it’s Newfoundland and Labrador’s official bird symbol, tours to see the incredible puffins also happen in Nova Scotia. Donelda’s is the only Bird Island boat tour company along the Cabot Trail, near Baddeck. The tour takes visitors to the Atlantic puffins’ nesting grounds, and puffin sightings are guaranteed on every trip. Along the way, you will also be able to spot other seabirds, bald eagles, and seals too.

When most people think of fjords, their minds instantly wander to places like Norway. But Western Brook Pond in Gros Morne National Park is a rare landlocked fjord, which was carved by glaciers. The national park is home to the Long Range Mountains too—the northernmost extent of the Appalachians. Witness the marvel that is Western Brook Pond yourself, as well as numerous wildlife sightings and cascading waterfalls on a boat tour with BonTours. Each trip includes a live tour guide. 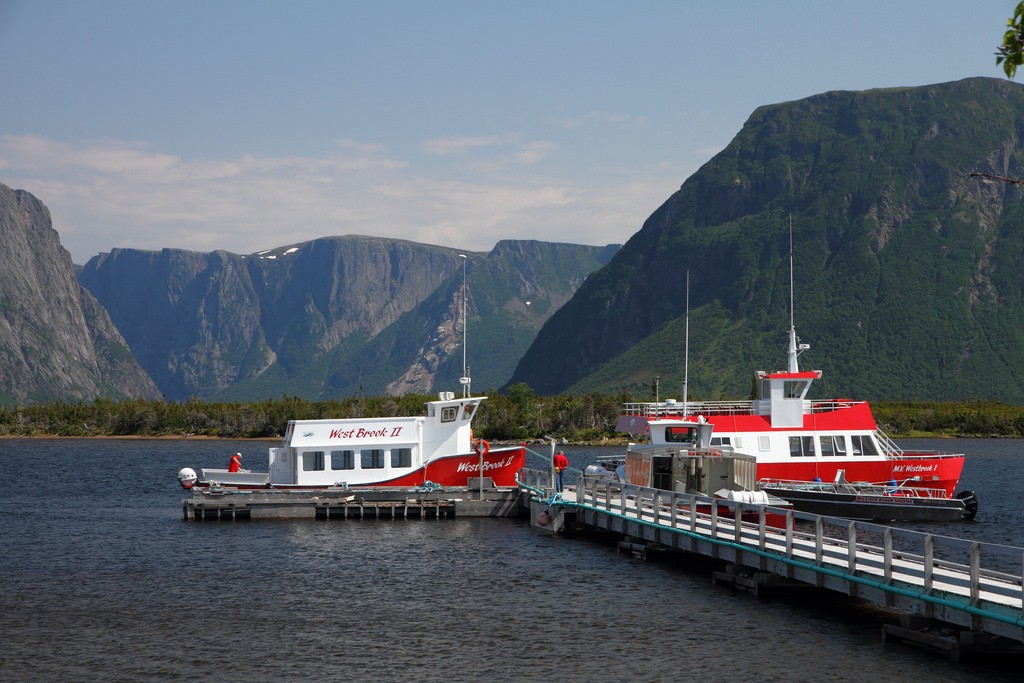 The best way to see any island is by boat. Archipelago Wildlife Cruises is the number one tour company in Ucluelet. Let the husband-and-wife team show you Vancouver Island’s most beautiful sights, as they spot wildlife, whales, and bears while cruising down the sheltered Broken Group Islands’ channel. See what makes Pacific Rim National Park one of Canada’s most naturally stunning areas. The company also offers both day and night cruises.