Meet Paul James: A Rock and Roll Icon Of Toronto 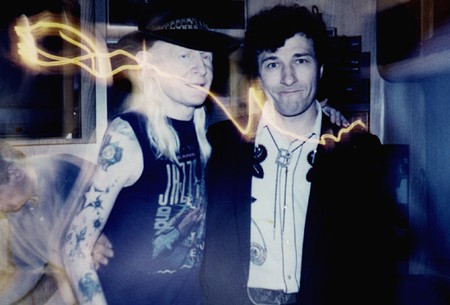 With this year’s Beaches Jazz Festival underway, we were given the opportunity to speak with one of Toronto’s most respected stage performers and one of the headlining acts, Paul James.

Having lived in Toronto his whole life, musician Paul James has watched the city change, seen people and places come and go, experienced trends and played almost every venue possible. He is part of the fabric and history of the city’s music scene and has been for nearly 50 years. He’s toured with Bob Dylan and performed in every major Canadian city. An icon in his own right, famed for his electric live performances, our discussion led us from his passionate music beginnings through to his own legacy in Canadian music.

On Starting Out and His Inspiration

For any musician the first time you pick up a guitar or hear music that inspires you to play is truly unforgettable and ultimately a life-changing experience. ‘It was the Beatles that inspired me to first pick up a guitar after my Dad died,’ James recalled. ‘My guitar became my psychiatrist. I became a little introverted which was good for me because I just focused on getting better and better.’ Although it is an event shrouded in personal tragedy, the 12-year-old James’ relentless drive and focus to perform began his lifelong passion for rock and roll.

‘I was influenced by the British invasion of rock and roll from the likes of The Beatles, The Stones and The Animals, as well as homegrown influences like Motown. That British influence was important because at the time the Americans had abandoned true rock and roll.’

This love for rock and roll led him to begin playing the bar scene when he was just 17. However, it was busking on the streets where he truly learned how to play. ‘When I was young I used to play the streets all the time, it was how you saw if your music was good or not, how you learned what you needed to change.’

The streets were the start of his journey into being a truly exceptional entertainer. ‘I learned how to perform on the streets and that’s why I’m a big entertainer. I like racing round the stage, playing the guitar behind my head. If you just stand there and play you may as well just listen to the record, not go to the show.’ 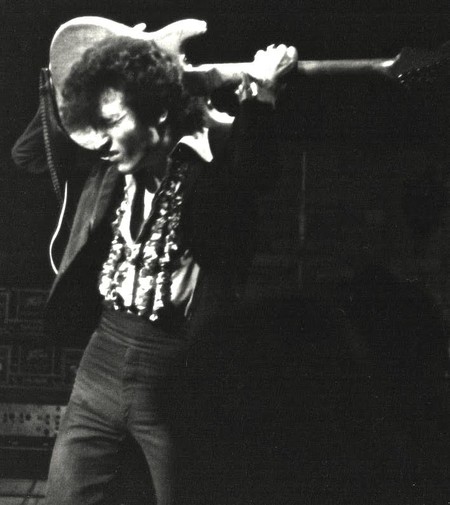 Despite becoming a popular name around Toronto in the early 1970s, the trajectory of James’ career was changed through his meeting with the legendary Bo Diddley who would become an important mentor and friend. After Diddley watched him perform he became a regular opener for him. ‘Whenever I introduced an act I never tried to outshine them or prove my place like a lot of people did… and I became the man to call to open a show when blues acts played Toronto.’

His name was so well respected on the blues scene that Bob Dylan played as his backing guitarist. ‘The first time I met Bob Dylan I introduced him to the crowd as a hitchhiker from Vancouver and he ended up coming to my house, sitting on the floor playing guitar, smoking, and drinking until 10 am the next morning.’ Over the years James opened for him on several occasions and the two maintained a friendship.

The trajectory of James’ career was arguably decided by the advice he got from Diddley over Dylan regarding his pursuit of a record deal. Dylan advised James to move to LA where his talent wouldn’t go unrecognized for long. ‘Dylan told me to move to LA and I’d have a record label in no time but I had a family, two small kids crawling around.’

Without the option of moving away and fearful of compromising his sound to be more commercial, it was Bo Diddley who told him to boldly remain independent, something that very few people did at the time. ‘Bo Diddley told me, ‘don’t sign anything’. He said don’t be afraid be independent… don’t you be getting down on your knees to beg for a recording contract. Do it yourself!’

With that advice, he drove from coast to coast in his van with the band for 3 months at a time to sell records and played as many shows as he could. ‘I used to play 6 nights a week, 2 gigs a day when I had young kids and a mortgage to pay. I’d play the matinee and then acoustic with the band in the evenings.’ 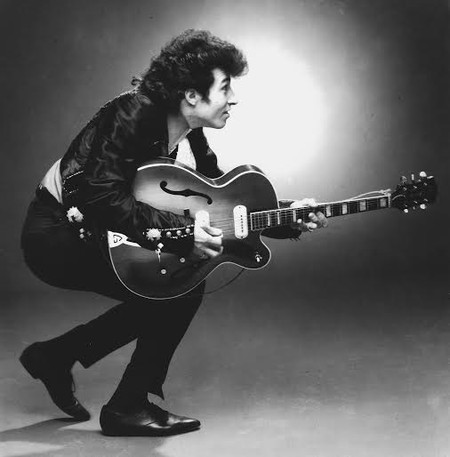 On His Legacy and Canada

Through sheer force of will and a nearly unprecedented decision to ignore the call of the record companies, James was able to maintain his own original rock and roll sound. It’s a bravery he puts down to his roots: ‘That’s who I am, I’ve got pioneer roots. My grandparents moved to Saskatoon from Europe and were given two oxen and a saw to start their lives here, they survived the winter by chopping trees for a home. They suffered and survived so that my family never had to.’

At 65 and after such a long time in the music industry performing thousands of shows along the way, James is a man who is clearly grateful for everything that his country has given him. ‘Importantly, I have been playing music since 1970… Toronto gave me all of that. I’ve never had another job, I’ve made a life simply from playing music.’

With musical greats like Bob Dylan, Bo Diddley and John Hammond as fans, it’s clear that it’s been a job he’s done well. However, he believes that his legacy as a musician will live on in a unique way. ‘My contribution to the Canadian scene was being one of the first independent artists. I traveled city to city from coast to coast and just sold records in every town, without a label, promoter or agent. I always thought of it as cutting my own road with a machete.’ 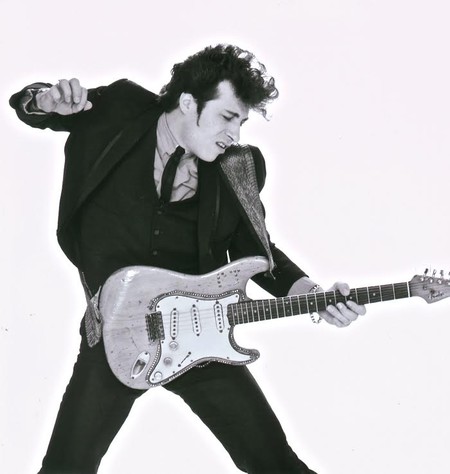 One man and his guitar | Courtesy of Paul James

Paul James is certainly a musician who shaped his own path, who has paved the way for others and is still one of the most energetic and charismatic stage performers on the Toronto scene. He is a man who still plays his two to three shows a week with the zest of his 12-year-old self who just loved the Beatles. His music is part of the fabric of Toronto’s cultural mosaic, an icon of the city and an inspiration for any young musician starting out.