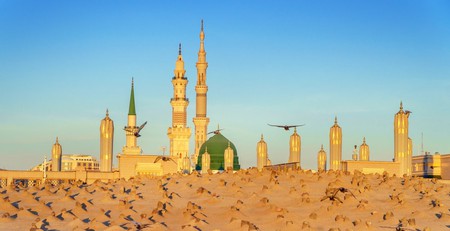 With Saudi Arabia now opening up to visitors thanks to the recent issuing of tourist visas, there’s never been a better time to explore this fascinating Middle Eastern country. Here’s our list of reasons why you should consider planning a trip.

It’s a spiritual haven for Muslims

Mecca and Medina are Islam’s holiest cities, cherished by over 1 billion Muslims around the globe. Mecca is home to the Kaaba, the cubical building that was first built by Prophet Abraham and his son Ishmael, while Medina has the tomb of the Prophet Muhammad, who Muslims believe is the final messenger of God in a long chain of messengers including Moses and Jesus.

The two cities are off-limits to non-Muslims, but if you are of the faith these two are a must-visit. The spirituality, the history and the sense of unity can be overwhelmingly emotional. This is even more prevalent during Hajj when as many as 3 million people will gather for a deeply personal – yet collective – experience, a journey in which all become equal before God. 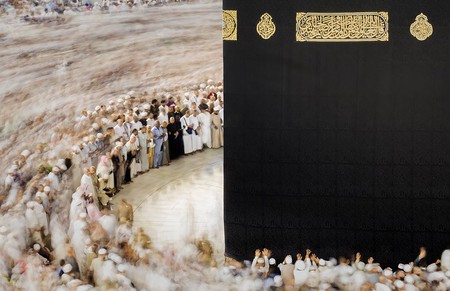 In Medina you can visit many historic sites including Quba Mosque, Islam’s first mosque, Al-Baqi’ cemetery, where dozens of Islam‘s sacred individuals are buried, and the Mountain of Uhud, the site of the battle of Uhud. As for Mecca, the vast majority of its historical sites were unfortunately destroyed in the past few decades. Some were destroyed due to the expansion of the Grand Mosque, others were removed due to religious controversies.

It gives a rare glimpse into pre-Islamic Arabia

Saudi has fascinating pre-Islamic sites including three recent discoveries that changed how we understand history: Al-Magar site in the south, estimated to be around 9,000 years old; an 85,000 year-old human footprint; and the eyebrow-rising Phironic inscription of Ramses III found in the north.

On the other hand, you can explore an array of pre-Islamic rock art in Hail province covering 10,000 years of history, or visit the astonishing 111 monumental tombs of Mada’in Saleh, an all-time favourite for travellers. The sheer size of the tombs and the level of craftwork is enough to bewilder you. 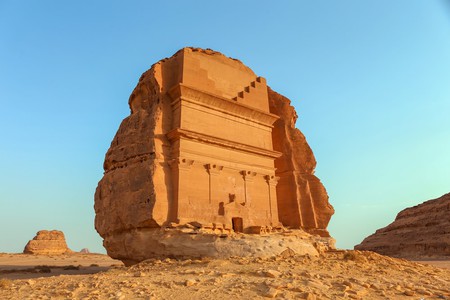 The diversity is endless

Think about it: around a third of the population here are immigrants from around the globe, and local citizens are diverse, coming from very different backgrounds. You will experience this first hand if you travel across the kingdom.

Saudi is also diverse in history: from sites related to local rulers, such as Barzan area in Hail, Shubra palace in Taif, and the very popular Masmak Fort in Riyadh, to sites related to Islam’s grand empires, including a dam from the Umayyad empire, the Abbasid Darb Zubayada, and the Ottoman castle of Tabuk.

Saudi Arabia has endless beaches on the Red Sea, many of them untouched. Vendors now offer boat trips from cities such as Jeddah, Yanbu and Al-lith. A number of sites have shipwrecks, some quite ancient.

With a mega-project planned on the Red Sea coast, it is expected that Saudi will be a serious competitor in scuba tourism soon.

Local tip: Both the Red Sea and the Gulf coasts offer great birdwatching if you want to see some of Saudi’s wide ranging birdlife. 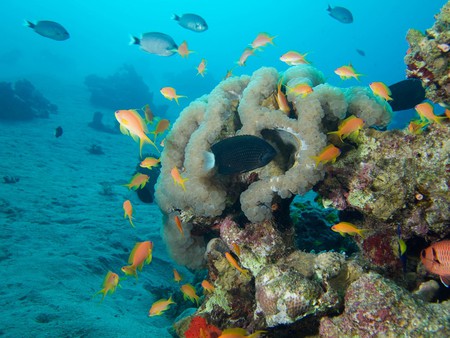 Saudi Arabia is also diverse environmentally. Mountains in the west and south offer amazing locations for lovers of nature, history, heritage and photography. Photos of the nature in and around mountain cities like Taif, Baha and Tabuk (where it snows!) contrast sharply with the common images of the Saudi desert.

But the most glamorous is probably the city of Abha in the south, with its breathtaking over-the-clouds views in Saudi’s highest peak, Jabal Sawda. Abha has been chosen as the capital of Arab tourism in 2017, and offers a number of parks, historic sites and festivals.

It’s home to the Arabian leopard

If you’re not a water person, consider visiting this hidden gem: Prince Saud Al-Faisal Wildlife Research Center just outside Taif. Here you will meet endangered Arabian animals in captivity, including the large bustard birds, the beautiful Arabian oryx, and the red-necked ostrich. But the highlight of the visit is the Arabian leopard. It’s virtually impossible to encounter this critically endangered animal in the wild, so meeting one face to face can be magical.

In recent years, the center managed to breed these endangered species including the Arabian leopard. Hopefully we will one day see some of them released in the wild!

Local tip: Before visiting the centre, do give them a call first.