What's Next for Women in Saudi Arabia? 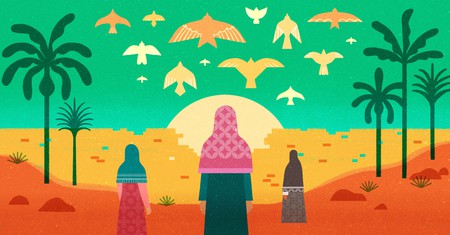 The landscape is shifting in Saudi Arabia. As social and legal boundaries are redefined, we explore what the future has in store for women in the kingdom.

Saudi Arabia is considered one of the most conservative countries in the world, in part due to its strict social codes, including defined gender roles and the segregation of men and women in public and private spaces.

In early 2018, however, the country saw an unprecendented shift: the Saudi government established policies that empowered women and eased up on decades-old social restrictions.

One of the most historic of the recent changes was the decision to lift the ban on women driving. Led by Crown Prince Mohammed Bin Salman, this change forms part of a series of upcoming reforms to boost the country’s economy.

It has been reported that this decision alone will add US$90 billion to Saudi’s economic output by 2030; women driving means more women accessing the workforce. Despite the fact that there are more female than male university graduates in Saudi Arabia, the country has one of the lowest rates of working women in the world (just 13% in 2015). This has slowly increased over the years, and the government aims to further boost this to 28% by 2020. 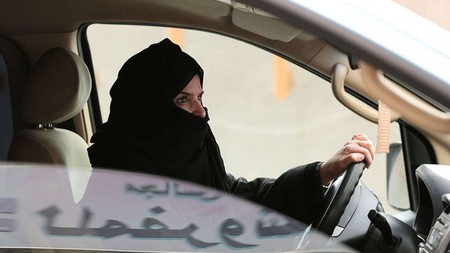 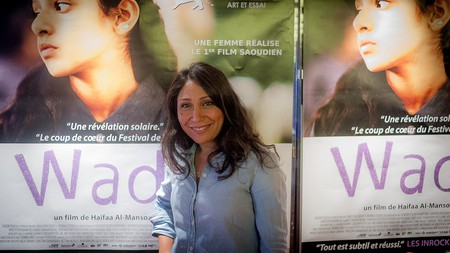 Haifa al-Mansour at the premiere of Wadjdah | © Cool Hunt / Flickr

While women have been breaking glass ceilings in Saudi Arabia for years, there were several legal and social barriers preventing many of them from working, and others from excelling in their fields. But this is changing: not only is the public sector now actively hiring more women, it’s also encouraging private companies to do the same. For the first time, women can now also join the police force, as well as the military and intelligence services.

Other areas of life are seeing social progress as well

Saudi women are not just seeing social progress in the workforce; in 2018 there have been numerous shifts for women in the kingdom, ranging from better access to sports to more visibility. Prominent figures are speaking out for women’s rights, including senior Saudi cleric Sheikh Abdullah al-Mutlaq, who made headlines when he argued that abayas shouldn’t be mandatory for women in the kingdom.

Women are also being given more access to public spaces. For instance, they can now visit sports arenas and stadiums with men, and a General Sports Authority has been established to encourage women to take up sports. As a result, it can be expected that a lot more Saudi women will be taking part in international sporting events in the coming years.

Raha Moharrak, the first Arab and Saudi Arabian woman to climb Mount Everest, says that this change is not just limited to sports or the workplace.

‘There is a shift – a new understanding everywhere that women are so much more capable than everyone thought they were,’ she says.

At some point in time, something I never imagined happened. There was a billboard of me in Times Square along with the hashtag #IAmSaudi. I can hardly believe that I was born in the sand yet managed to touch the sky, I looked up at my name and face representing Saudi Arabia in such a massive way that it’s no longer just for me, it’s for every single little girl, every rebel, every person born outside the box they were expected to fit in. It’s proof that with enough passion, conviction, hardwork and perseverance, all the corny things that people say, you can achieve anything. For the next generation, my accomplishments mark a beginning, and they will go higher and farther than I can possibly imagine. #saudiarabia #saudiwomen #timessquare #sevensummits #athlete #انا_سعودي

But the fight for equality is not over

While a lot has changed for women in Saudi Arabia in recent months and years, there are a lot of areas in which women are still working on attaining equal rights – something that most women’s-rights advocates say should be the highest priority of the country right now.

‘These are things that are quick wins,’ said Princess Reema, a strong advocate for women’s empowerment in the country, during a conference earlier this year. ‘We know we can do them – women in stadiums, women driving – that’s great, but women driving is not the end all, be all of women’s rights.’ 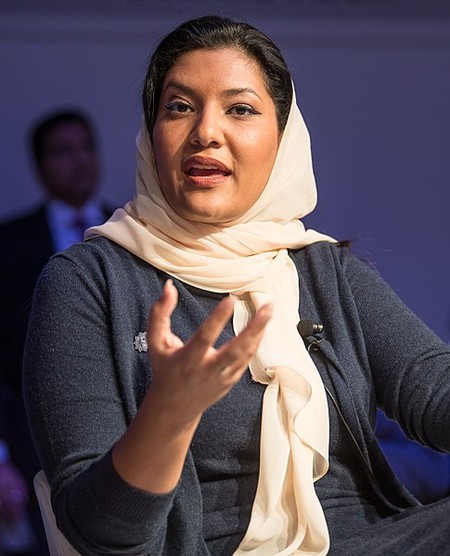 For instance, women must live under the supervision of a male guardian, and need his permission to do most things – like work, travel, marry or even file a complaint with the police.

The number of things women need a male guardian’s permission for has reduced over the years – most recently, a royal decree was passed that would allow women to access public education and healthcare without needing a male guardian’s consent – but there is still a long way to go.

As the country is slowly drifting away from its strict adherence to a very traditional code of conduct, things are changing for women in all capacities. But Saudi women are focussed on making sure they achieve equality in all walks of life.

‘One of the main ways they plan to achieve this is through systematic changes in the legal system,’ says Fatima Al Turki, a women’s-rights advocate and professor of sociology in Jeddah. ‘This is happening by the slow but certain dismantling of the guardianship system, for instance, as well as more and more government authorities being established that encourage women to enjoy the same opportunities as men.’

She added that the changes aren’t limited to legal barriers; societal change is essential. As people start recognising the value – economic and otherwise – that’s brought forth by women succeeding in all aspects of life, everybody will benefit.

Princess Reema summed it up best when she said, ‘I guess the glass ceiling is in the West. For us, it’s the glass wall.’

But Saudi women are determined to break them all.