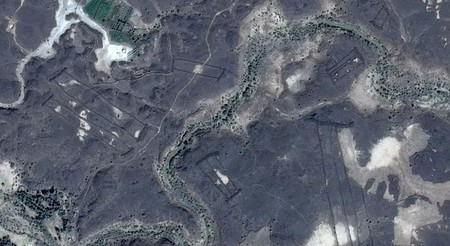 Archeologists are suggesting that the ‘gate-like’ structures could be over 7000 years old, making them potentially the oldest man-made structures found in this part of the world. 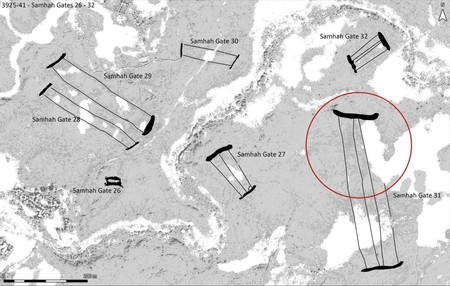 The structures, which were found in the region of Harrat Khaybar in Saudi Arabia, are still somewhat shrouded in mystery. Their purpose and exact size remain unknown, although archaeologists are estimating that the structures could measure up to a staggering four times the length of a football pitch.

According to archaeologist David Kennedy from the University of Western Australia, who spotted the structures on Google Earth, the area surrounding the gates is also rather curious. Sitting on the edge of ancient volcanoes, Kennedy states that they are all almost exclusively in ‘bleak, inhospitable lava fields’ where little other life can be found.

Some of the gates are said to be so old that lava flows are seen to go straight over them.

Experts are now saying they need to access the area on the ground to make further tests in order to determine vital information about the structures. Unfortunately, the area surrounding the site is difficult to access, leaving most of the research thus far to the confines of Google Earth.

It has been estimated that hundreds of other archaeological sites have been found using the wonders of Google Earth – who’d have thought!