The Top 10 Things to Do and See in Nablus, Palestine

Bustling metropolis Nablus has just as much to offer as the more popular Jerusalem, but without the tourist hoards. You won’t have any trouble navigating Nablus with the help of this list of the highlights you can’t afford to miss while you’re in the city. 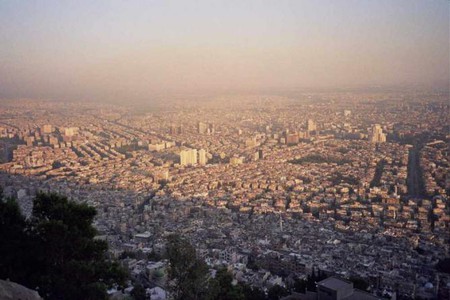 Al-Muqaddasi, an Arab geographer, was working in Nablus in the 10th century. During this time, he coined the phrase “Little Damascus,” which refers to the architectural remains in Nablus. Nablus itself was actually modelled on the capital city of Damascus, and many of the Levantine aspects of that city have passed the test of time. These remains include ancient mosques, public drinking fountains, the alleyways and passages of the Old City, and traditional balconies. When visiting Nablus, be sure to explore the old town and experience an echo of the past.

When you find yourself in dire need of a little leisure time, visit one of Nablus’ two hammams, or Turkish bathhouses. Hammam esh-Shifa will provide you with an authentic experience, situated in the Old City of Nablus. Hammam esh-Shifa was built in 1624 and still maintains many of its original features, so you will feel as if you’ve stepped back into the 17th century. At the hammam, you can indulge in hot baths, steam rooms, and massages.

Venture up Mount Gerizim and observe the Samaritan community settled there. The Samaritans live quiet lives atop this mountain, which they believe to be the original holy place of Israel. These Samaritans have lived alongside the Muslims of Nablus for hundreds of years, and their lifestyle is quite remarkable. According to the Samaritans of Gerizim, theirs is the true religion of the ancient Israelites. Remarkably, of the approximately 700 Samaritans remaining today, just under half live on Mount Gerizim. The Samaritans also maintain the oldest language on the planet, Ancient Hebrew, and keep it alive. The views from the mountain are wonderful, and the Samaritan museum is very informative.

The world’s best kanafeh can be found in Nablus – the city’s best kanafeh is waiting, warm and sweet, at Al-Aqsa. For those of you who don’t know, kanafeh is a goat cheese-based dessert with shredded wheat. The kanafeh is soaked in syrup and cooked until golden. You may be thinking that this doesn’t sound especially appetizing, but it is one of the most delicious and popular desserts in the Middle East, with good reason. So be sure to have the best, and visit Al-Aqsa.

As many of you know, cooking and eating is a major part of Arabic culture. And the care and dedication they show when they produce a meal shows itself in the taste and quality of the meal. Now, don’t you wish you could cook like that? It’s basically an art form. And the women at Bait Al Karama know this all too well. To truly experience Palestinian food, and finally get a chance to try cooking it yourself, attend the Bait Al Karama cooking class, where you will mix with locals and learn how to cook the tastiest and most traditional Arabic meals around. 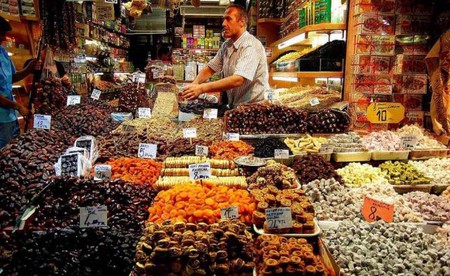 In the heart of Nablus’s Old City, you can experience true Palestinian culture. The bazaar is full of hustle and bustle, with shop after shop lining the walls with brilliant deals. This is the ideal place to pick up authentic souvenirs, to buy falafel makers and enormous pans and dishes. They sell everything you could possibly imagine needing in an Arabic home, so that you can feel like a local of Nablus even when you return to your home country. 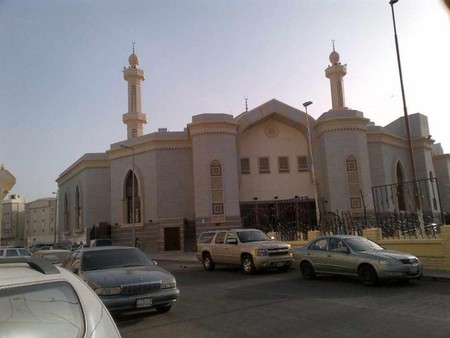 The Hanbali mosque is a spectacular building with high, domed ceilings and a touch of blue on the pillars. The building has a welcoming and sacred air to it that will leave you feeling in touch with a part of yourself that only religion can reach. Whether you are Muslim, Jewish, Christian or atheist, this mosque will have a profound effect on you. If only for its architectural beauty, the Hanbali mosque is a must-see. You won’t be disappointed by this stunning building.

Sama Nablus is a park situated at the top of Ebal Mountain, which boasts some of the best views in the city. To make the most of this unique viewing spot, go to the top just before sunset, and watch it go down behind the Gerizim mountain opposite. This is a truly beautiful sight. The views across the city itself are also very memorable. At night, the city is lit up with colors and is unforgettably beautiful. This modern beauty is set against the natural beauty of the mountain and makes for something quite unusual. 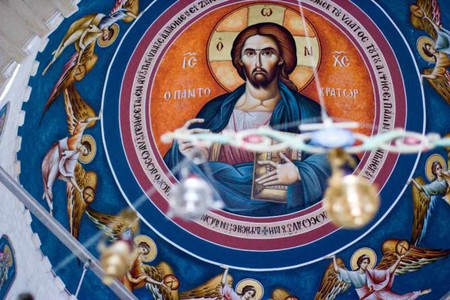 The Church of Jacob’s Well is one of the most important religious and historical sites in all of Nablus and Palestine combined. The well itself is hewn of solid rock, and it has been associated with the religious figure Jacob for over two millennia. As such, it is one of the oldest religious sites in the world. The interior of the church is not grand but rather pleasingly simple. To make the most of Jacob’s Well, learn of its significance by hiring a decent tour guide.

For those of you travelling with families, Wadi Albadan is the ideal spot to spend the day. It is fun for adults and children alike. Wadi Albadan is a swimming and barbecue area where locals and tourists love to sit back and relax. Once there, bask in the sunlight by the water. Take a dip. Or, if you like, put your sun chair in the shallow parts of the stream and dip your feet while you tuck into a juicy barbecued burger.