In 1997, a few members of the Welfare Association, an independent non-profit organization committed to providing development and humanitarian assistance to Palestinians, came up with the idea to create a Palestinian memorial museum. Initially imagined as a counterpart to Yad Vashem, the Holocaust memorial in Jerusalem, the project aimed to commemorate the 50th anniversary of the Nakba, the event that led to the displacement of over 60 percent of the Palestinian population in 1948. 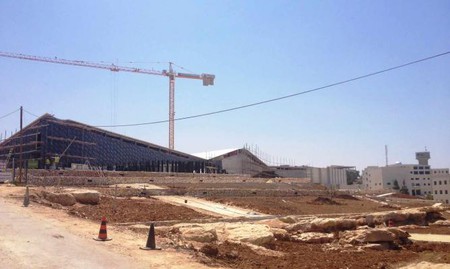 Many thought the two issues shouldn’t be connected and that the museum should not only be about the past but also centered on living Palestinian culture. Twenty years and several studies and debates later, The Palestinian Museum will be opening its doors on May 15, 2016, which coincides with the 68th anniversary of the Nakba. Although the project will not focus on this event, ‘the Nakba still has a central role to play in the Museum’s work,’ according to the Museum’s director, Jack Persekian. However, the project is firstly ‘dedicated to preserving and celebrating the culture, society and history of Palestine over the past two centuries.’ 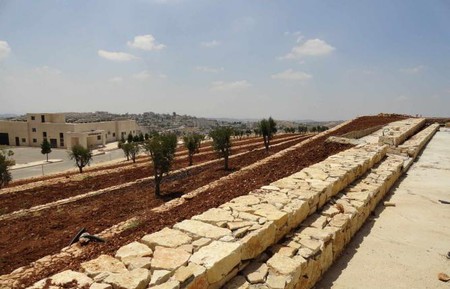 ‘From the beginning, we wanted it to be a place where all voices can be heard, where people would be free to raise questions about issues that we believe are critical and crucial for Palestinian society,’ explains Omar Al-Qattan, chairman of the Palestinian Museum Task Force. ‘Of course we know there’s a struggle to defend Palestinian identity and existence, so if you talk about Palestinian history de facto, you engage in a political battle.

But we want to do something beyond the political rally,’ he insists. As more than half of the Palestinian population currently reside in the diaspora, the museum’s location was also an important consideration. ‘We decided that it would be good to build it near a university so we could use the know-how, and we came to an agreement with Birzeit University in the occupied West Bank,’ Al-Qattan comments. ‘Another key aspect of the project is to integrate our work within the educational system and to build technical capacity,’ he adds, ‘that’s why it’s important for us to be near a university.’ 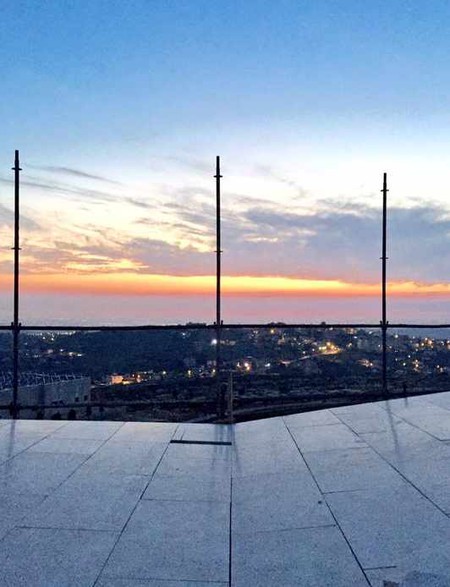 What makes the Palestinian Museum different from any other institution of its kind is that it is located in Palestine, where many will be unable to reach it. Therefore, its digital presence and international partnerships are as important as its hub. ‘The Museum refuses to be constricted by geographical and political borders; rather, it is to be an institution capable of traversing such boundaries, and overcoming the obstacles to free movement faced by so many,’ Persekian explains. When the museum opens in May 2016, there will be simultaneous events in Birzeit, Gaza, Jerusalem, Haifa, Amman, Beirut and London.

One of the first green buildings in Palestine, the museum will comprise an exhibition space, an outside amphitheatre, classrooms and a terraced garden, which has been designed in a way similar to the Palestinian landscape. ‘Even the landscape of the museum will tell a story,’ Al Qattan comments. ‘Looking down from the construction cranes, the building’s shape looks a bit like a map of historic Palestine.’ Another interesting feature of the museum is that it’s thematic.

Although starting without a collection, they hope to build it over time. The opening exhibition will be about stories of objects and will be based on the question: ‘If you were forced to leave your home, what is the single object that you would take with you?’ This provides a starting point to build stories that will make up the texture of the life of Palestinian people. ‘It will be a place of discovery, rather than a place where you can simply be reassured about your views and have them confirmed,’ Al Qattan further comments. But, more importantly, it will be a place where people will come, and come back again.