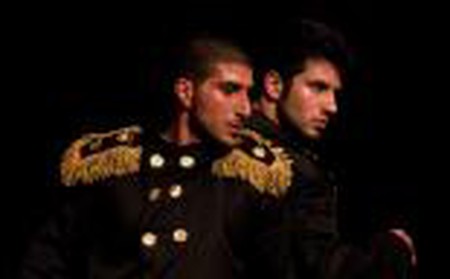 Palestine‘s decades of civil unrest have left a marked effect on its culture and society. Cultural centres have sprung up in the region, expressly for the use of children and young people to experience and explore the Arts. Anne-Catherine Greatti visited some projects and reviewed their efforts. 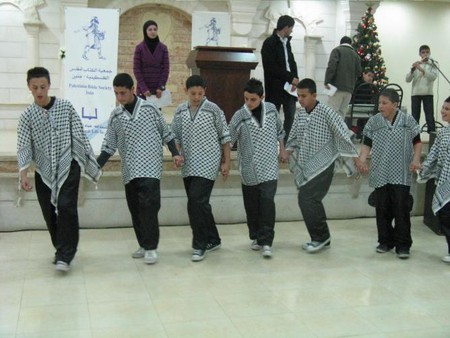 Abdelfattah Abusrour founded the Al-Rowwad Center with a group of friends who met in Aida refugee camp (Bethlehem, Palestine) in 1998. His ethos driving the Centre is what he calls ‘beautiful resistance’: ‘It’s a way to show another image of Palestine and to provide a space where children and youth can express themselves in the most beautiful and non-violent way’, Abdelfattah Abusrour says.

Al-Rowwad offers different kind of activities; they started with theatre, then dance, photography, video – ‘so that Palestinians can also be behind the camera and not always in front’ – music, and supportive education for children with trauma and difficulties in learning. Among other projects, the Centre organised the first outdoor film festival (with projections onto the wall of separation surrounding the Aida camp), the first professional photography and video training program, and the first Palestinian folktales festival in the region. Al-Rowwad implemented the first mobile ‘beautiful resistance program’, where trainers in theatre, dance, music, games, drawing and painting, toured the West Bank, performing, exhibiting and training in different locations.

According to Abdelfattah Abusrour, the Centre helps children and young people to tell their stories and build peace within. ‘They discover the potential they have to be active change-makers and realise their capacities to create a change without carrying a gun and kill people. We want to give hope in times of despair’, he says. 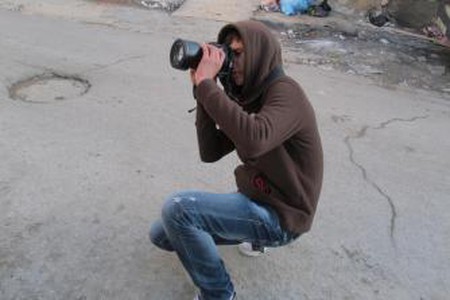 The Jenin Creative Cultural Centre opened in 2005 in response to violence in the Jenin camp. The Centre uses art and cultural projects to foster peace and promote justice in the Palestinian occupied territories. Their vision is to use art, culture and education as tools for the young generation of Palestinians to advance the concepts of peace, justice and equity. ‘During all these years, we’ve tried to find creative ways to help children getting out of depression and expressing themselves. It may be impossible to have a normal life, but we try to make them dream of having a good future and another kind of life’, says Yousef Awad, the Director of the Jenin Creative Cultural Centre.

The Jenin Creative Cultural Centre works on two levels; locally and abroad. ‘We organise all our activities in the local community; painting and photography workshops, dance, theatre and music performances, puppet shows in local schools, etc. Then we try to bring these activities abroad: we did a music show in London, in Scotland – we even had the chance to be interviewed by the BBC – a dance show in Sweden, theatre shows in Venice and Berlin. Also, we’ve organised more than 30 exhibitions of children paintings around the world; one of them was in the Scottish Parliament.’

The JCCC has already managed to bring more than 100 children to visit several countries around the world. ‘That was great success; to let our children see that there is something behind the borders of Palestine’, comments Yousef Awad. 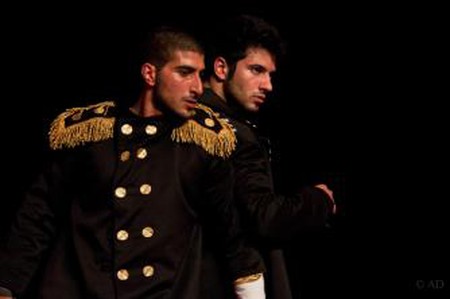 In December 2012, the Palestinian Circus School was on a tour in Belgium presenting its final show: ‘Kol Saber!’. In Arabic, the word ‘Saber’ has two meanings: the sweet fruit of the cactus or patience. The word ‘Kol’ is the imperative form of the verb ‘eat’. ‘Kol Saber!’ portrays the contradiction in life between the bitter reality in the Palestinian Territories and the sweet fruit of the native cactus.

The Palestinian Circus School began as a small circus group in August 2006 thanks to the determination of Shadi Zmorrod and Jessika Devlieghere, who initiated the idea to introduce circus arts from Palestinians for Palestinians. At its heart, this style of circus is capable of being an agent of social change. It has been designed to help the youth of Palestine, confronted by tensions and upheaval, to ‘define themselves and their surroundings through drama and circus techniques’.

When they started the school, people didn’t understand what kind of changes it could bring. But for Shadi Zmorrod and Jessika Devlieghere, it was obvious. They explain: ‘Circus has a strong educational logic. It conveys important values such as protection of family, equality between people, complementarity instead of competition. Then, circus can help to narrate true stories, to blow through negative energy, to boost young people’s moral. Every performance is built from the personal experience of the actors’.

According to Jessika Devlieghere, Palestinian cultural centres have developed over the last ten years, mainly in Ramallah, Jerusalem, Bethlehem. In the small towns, it is developing little by little, but there is still a huge lack. ‘Culture is considered as a luxury, a secondary need, when it should actually be seen as a therapeutic process, especially for young people and children. Furthermore education has deteriorated these last years; less and less people can write or read. And music, dance or theatre academies are elitist. This is why Palestine need more cultural centres; they’re open to everyone, whatever their personal skills or abilities.’