Mahmoud Darwish: A Poet For Palestine 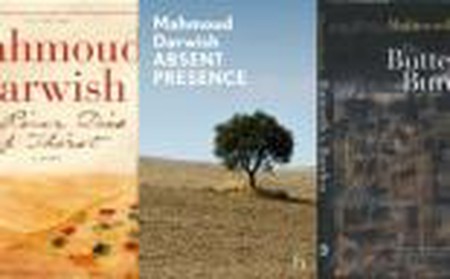 A writer who straddled continents but remained resolutely local, and who fought for the rights of his people whilst creating universally resonant works, Mahmoud Darwish has rightly been acclaimed as one of the greatest Middle Eastern poets of the modern era, and is remembered as the national poet of the Palestinian people. 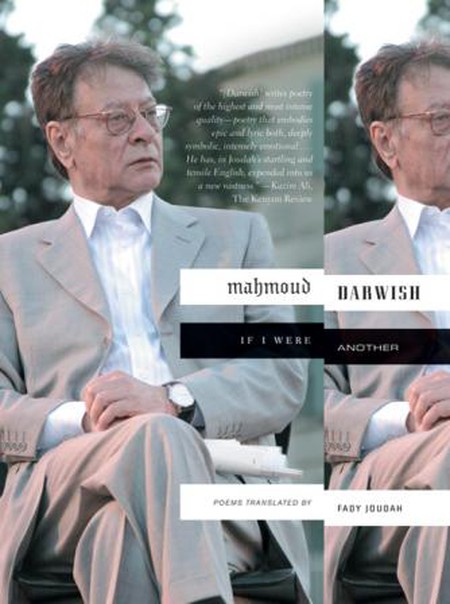 Mahmoud Darwish’s works refract the complex political and social history of his native Palestine, and the seemingly endless conflict between his people and Israel, whilst also illuminating the experience of exile and the ways in which this experience touches something profoundly universal in the human psyche. In these works Palestine is more than a homeland, it is a lost Eden to which the Palestinian diaspora can never return; he creates a vision of a fallen paradise, whilst at the same time unravelling it and revealing its ephemerality in the day to day political struggle. Darwish’s works paint the Palestinian experience as a profound and painful embodiment of separation, rootlessness and loss, allowing his work to transcend the merely political and reach for an intimation of something universal, embodied in the human condition itself.

‘Exile is more than a geographical concept. You can be an exile in your homeland, in your own house, in a room’ – Darwish

Darwish’s works insistently return to the question of exile, the experience of separation and the issue of belonging. He uses this terrain as a means of interrogating what culture, society and nationality mean for a poet, and whether it is ever possible to escape subjectivity and write of a collective experience. His poetry thus continually moves between the collective and the solitary figure, objective experience and subjective perception, national identity and the rootless individual, in a way that partly belies his status as national poet of the Palestinian people.

‘I don’t decide to represent anything except myself. But that self is full of collective memory’ – Darwish

Darwish’s poetry is nonetheless a profound meditation on the experience of the Palestinians, and the existential concerns which run through his works are a result of his own sense of national and communal loss, rather than an invalidation of them.

Mahmoud Darwish was born in 1941 in the village of al-Birwa in Western Galilee and fled to Lebanon in 1948 when Israeli forces attacked his village. His family eventually settled in Acre in Northern Israel, and he studied in Jadeidi before moving to Haifa. He published his first collection of poetry, Leaves of Olives, in 1964 when he was 22. His early literary career was characterised by his extensive involvement in left wing politics; he was the editor of the literary periodical of the Israeli Communist Party and much of his work at the time was defined by his engagement with Communism, as well as his Palestinian heritage. His early works were rapturously received by the community of Arab Israelis who found themselves alienated from their own identity and marginalised in Israeli society, and he was rapidly acclaimed as a representative figure for the scattered Palestinian community. He would leave Israel in 1970 to study at the University of Moscow for one year before moving onto Egypt and then Lebanon, where he became involved with the Palestinian Liberation Organisation (PLO) and was subsequently banned from re-entering Israel. By this time his literary reputation was well established, and his career flourished as he became an influential figure within the PLO. His works were far from political manifestos and were more nuanced than the PLO’s official utterances could ever be, but with his lyrical lamentation for his homeland he would offer Palestinian people a powerful literary advocate. Although the title of national poet for the Palestinian People was perhaps not one he coveted, he embodied the role through the sheer force of his poetic ability. 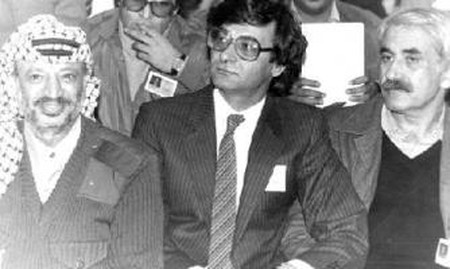 The poet Naomi Shihab Nye has said of his work, ‘Mahmoud Darwish is the essential breath of the Palestinian people, the eloquent witness of exile and belonging, exquisitely tuned singer of images that invoke, link, and shine a brilliant light into the world’s whole heart. What he speaks has been embraced by readers around the world—his in an utterly necessary voice, unforgettable once discovered’.

Darwish’s involvement with the PLO would reach a pinnacle in 1988 when he drafted the Palestinian People’s Declaration of Independence, but he would resign his post in 1993 following the Oslo Accords, and devote himself to his literary exploits. He died in 2008 at the age of 67, in Texas, and his body was flown to Ramallah to be buried. He is remembered as one of the greatest poets of his generation and his works remain a profound meditation on the question of identity, exile and homeland.

‘Two meters of this land are enough for now.
A meter and seventy-five centimetres are enough for me.
The rest is for a chaos of brilliant flowers to slowly soak up my body.’