The Omani Dagger: A Symbol of Pride and History 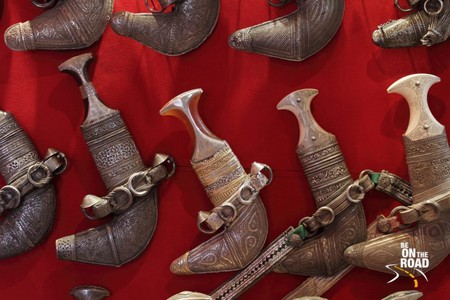 One of the most famous symbols in Oman is the Omani Dagger, or what is locally known as the Khanjar. It is an essential part of the Omani flag and Omani banknotes, is printed on all official documents and schools books, and worn by men on all social and official occasions as part of the traditional Omani costume. Here is the story behind this unique symbol of pride and singularity.

What is the Omani Dagger?

The Omani dagger or Khanjar is the national symbol of the Sultanate of Oman. The name “Khanjar” is the common word that is used to describe the traditional dagger that originated in Oman. It is a short curved sword that takes the shape of the letter “J”. The metal part (the blade) of the Khanjar is usually made with gold, silver, copper or brass, based on the quality of the craftsmanship. Nevertheless, generally speaking, the silver and gold daggers are usually made for royalty. Meanwhile, the upper part (the hilt) of the Khanjar used to be made with ivory, rhinoceros horn or elephant tusk. Ivory is still used for that part, but also other materials, such as wood, plastic and camel bone, were utilized, which eased the making of the Khanjar and helped reduce its price. 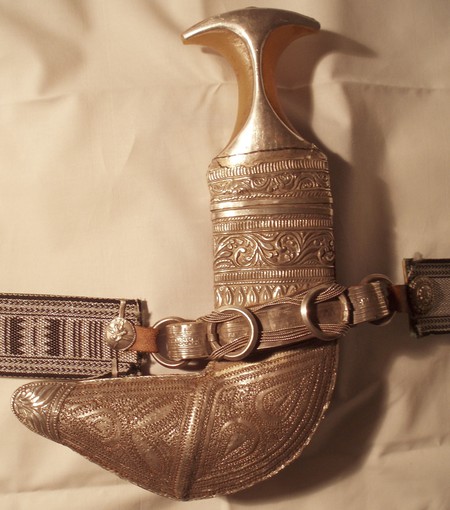 Every Khanjar has three main parts: the blade, the hilt and the sheath. A Khanjar can take from a few weeks to several months to make, depending on the material used and the desired decorations on its hilt and sheath. Prices also vary based on the used material.

History of the Khanjar

Arabs used to be known for the unique weapons that they carried, like swords and daggers. Nevertheless, the shape and engravings of the Omani Khanjar distinguishes it from other Arabian daggers. Although it is unknown when the Omani Khanjar was created, some engravings of the dagger were found in the Ru’us Al Jibal (Top of Mountains) area in the north-most area of Oman. They were drawn on gravestones that were located in the central part of that area. Robert Padbrugge of the Dutch Republic, who made a journey to Muscat in 1672, mentioned the Khanjar in his account of the journey. In the past, Omani men used to wear the Khanjar in a belt around their waists, as a form of protection. However, now the Khanjar is a symbol of the national and cultural heritage of the country, and a reflection of manhood and social standing. 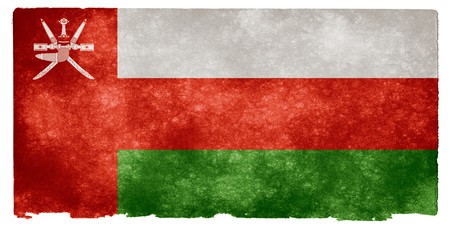 As the National Emblem of Oman, the Khanjar is the main symbol on the Omani flag, in which it is drawn in white, on the top left side. It is used to mark every official or authoritative document in Oman. The Khanjar emblem can also be found on official buildings around Oman like ministries and courts, on hospitals, schools and universities, and on royalty cars, police and army cars. It is also printed on all the Omani Rial banknotes, as well as the coins. 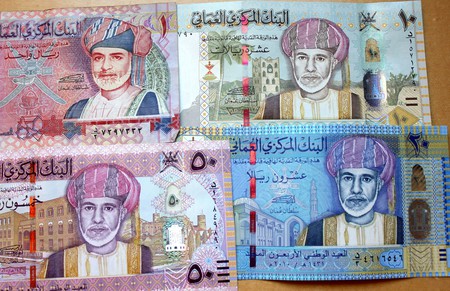 The Khanjar is part of the Omani traditional costume. Men wear it, usually using a belt around their waist, over the traditional white long dishdasha, which is the long-sleeved white piece of clothing that they wear. It is an essential accessory, but is not worn every day. Usually, Omanis wear it on special occasions like weddings, Eid and funerals, and on formal occasions like meeting officials, or going for a job interview at a big company. 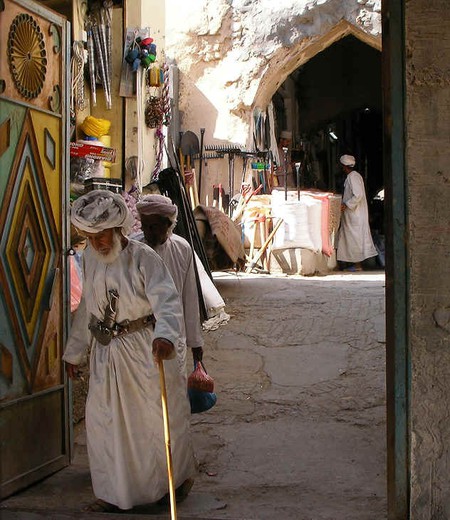 There are five types for the Omani Khanjar, which distinguish the Khanjar based on style and design. They are: Al Saidi Khanjar, Al Dahra Khanjar, Dhofari Khanjar, Sharqiyah Khanjar and Batinah Khanjar. Al Saidi Khanjar dates back to the 19th-century and is mostly worn by Al Busaidi tribe in Oman, yet it is a rare Khanjar. It is distinguished with its geometrical designs that have traces of floral patterns. Al Dahra Khanjar dates back to the 18th-century and is famous for its horn hilt and detailed silver wirework. Moreover, its sheath is made with leather and silver ribbons. The Dhofar Khanjar can only be found in the Dhofar region in southern Oman, and it is influenced by the Yemeni dagger, which is called Janbiyah.

The grip of Al Shrqiyah Khanjar takes the shape of a horn and has a collar made of decorated gold. Meanwhile, its sheath is decorated in gold and silver and has unique silver and gold ribbon wireworks. Al Batinah Khanjar has a horn grip, which is covered with silver collar and silver ribbon work. The sheath is attached, with silver rings, to a belt that is made from a unique woven textile.