Sinbad The Sailor, The Power Of Myth

The mythology of Sinbad the Sailor still retains a powerful attraction for many across the Middle East; he is a symbol of the region’s seafaring history, and tales of his exploits are retold in different forms throughout the Arab Peninsula. 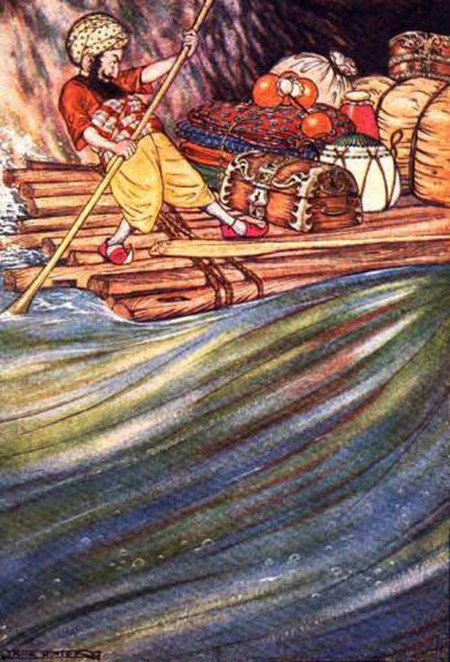 The relevance of the Sinbad the Sailor mythology in contemporary Middle Eastern culture is made evident by the amount of places which claim him as one of their own. One such place is Sohar in Oman, which is claimed as the ‘birthplace of Sinbad the Sailor.’ Sohar was an ancient capital of Oman and was an immensely important maritime port, from which traders embarked onwards to the Indian subcontinent and China. Sohar still retains the epithet ‘Gateway to China’ and in recent years, as Oman’s economy has grown, it has reemerged as an important trading port for the Arab peninsula and beyond.

Sohar’s claim to be the birthplace of Sinbad the Sailor is seemingly based on an oral retelling of the Sinbad tale originating from Oman. The Sinbad featured in The Book of One Thousand and One Nights or Arabian Nights hails from modern day Iraq – his family is from Baghdad and he embarks on his adventures out of Basra. The Book of One Thousand and One Nights is a collection of Middle Eastern folk tales compiled during the Islamic Golden Age. They are framed as tales told by the Persian queen Scheherazade to her husband King Shahryār as a way to ward off his amorous advances and prevent her death, as he would behead each successive queen he married after spending one night with them. Scheherazade managed to distract the king with her tales, and in doing so saved her own life and assuaged the king’s vehemence. 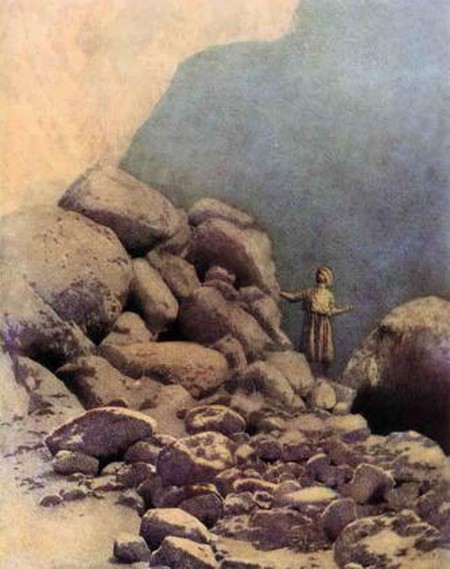 The Valley of Diamonds | © Maxfield Parrish/WikiCommons

Due to the lack of a truly definitive version of the The Book of One Thousand and One Nights the origin story of Sinbad the Sailor is easily disputed. The lack of a decisive origin story for the famous sailor is at least partly because Sinbad was not actually a part of the Arabic versions of One Thousand and One Nights but was the hero of a popular Middle Eastern folk tale who was inserted into the first European translations (along with Aladdin and Ali Baba) by French Orientalist Antoine Galland.

Sinbad is therefore analogous to the fairy tales of Northern Europe which were initially passed down through the oral tradition of storytelling and only belatedly transcribed. Just as many European countries have their own way of telling a particular fairy tale, so in the Middle East you will find many versions of Sinbad the Sailor, repackaged to suit the needs of the narrator and his or her listeners. This is evidence of the powerful draw which this paradigmatic figure holds n the popular imagination of both the Middle East region and, as the countless Western adaptations of the Sinbad tale reveal, the rest of the world.