Exploring the Lost Villages of Oman 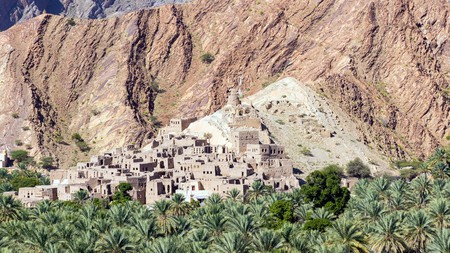 Oman’s abandoned villages are home to incredible houses and castles, deserted and suspended in time. Here’s everything you need to know. 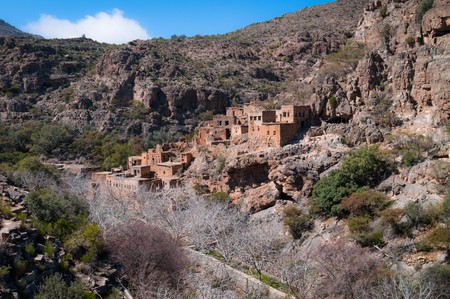 Oman is a country of imposing mountain ranges and beautiful desert canyons. A land of myth and legend, it stretches between the Indian Ocean and the Rub al Khali, the world’s largest uninterrupted stretch of sand. As the scene of many battles in the 20th century, the country is now home to a number of abandoned villages, empty but perfectly intact, that give a unique insight into life of the past. Here’s your ultimate guide.

Atlantis of the Sands, Dhofar

The mythical southern city of Ubar, known as the Atlantis of the Sands, has tickled the imagination of explorers for centuries. Mentioned in the Quran, it is thought to have been a thriving city some 5,000 years ago, when the local tree sap known as frankincense was worth more than gold.

In more recent decades its legend has inspired explorers such as Lawrence of Arabia and Wilfred Thesiger to visit the region of Dhofar in Oman, while explorer Sir Ranulph Fiennes has even written a book, Atlantis of the Sands – The Search for the Lost City of Ubar, about his – alas, fruitless – search. Archaeologists now suggest that Ubar was an entire region abandoned by its people after the trade in frankincense declined when the Roman Empire converted to Christianity, but the sands are not giving up its secret. 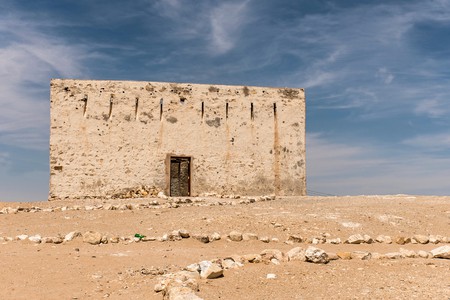 While Ubar might be lost forever to the desert sands, the old ruins of Birkat al Mouz can easily be found off the main road between Muscat and Nizwa. Located above a lush date plantation watered by the ancient falaj system and just behind a large stone gate, the village is made up of sand-coloured mud buildings, including a small castle and various ruined watchtowers, all nestled into the side of a hill.

This village is not entirely abandoned – there is one house still showing signs of habitation – but visitors can still walk up the hill and explore the empty houses, marveling at the old wooden doors and drinking in the lush green of the surrounding banana plantations. Birkat al Mouz was left abandoned due to war; as recently as the 1950s, an attack on the area resulted in the village being bombed and partially destroyed by the British Army. Its people, bar one family, slowly but steadily found homes elsewhere, leaving the former small city-state to tourists. People wanting to experience this village in its ruined state should hurry, however, as restorations are currently underway. 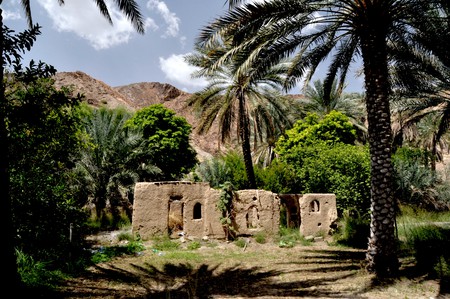 Among the lush fields full of roses and pomegranates on Jebel Akhdar, the Green Mountain, lies not one but three abandoned villages: Al Aqr, Al Ayn and Ash Shirayjah. Once thriving communities full of farmers and with streets bustling with people, now they are thought to be home to only one inhabitant residing among the buildings. The rest of the villagers, unsettled by the war, eventually followed the call of modern developments along the newly built main road at the bottom of the mountain, with the promise of easier amenities and less hardship. The resulting ghost towns on the mountain are amazing to wander through, but eerily quiet. 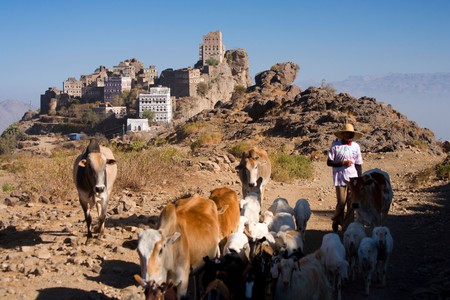 In the Hajar Mountains, not far from Jebel Akhdar, is Jebel Shams, the highest point in the Sultanate. It sits mightily above the Grand Canyon of Oman, Wadi Ghul. Visitors can admire its stupendous views across the vast canyon and hike the Balcony Walk, along the ridge of the mountain. This is best done with a guide and takes a fair few hours of steep up and down. 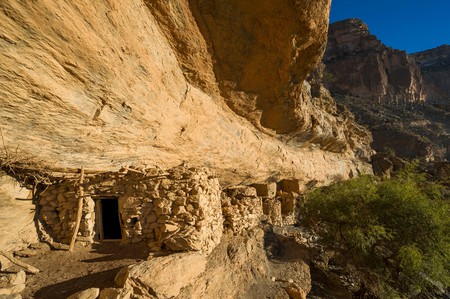 On this path is the abandoned village of As Sab, a true ghost town that is rarely seen by outsiders because of its remote location. The small houses built into the rock face are different from other abandoned villages in the region, as they are made from rocks instead of the traditional sand-coloured mud. The population, once 15 or so families strong, has long since moved down into the valley for an easier life.