The Royal Opera House Muscat promises to promote cultural exchange in the Gulf State of Oman. The magnificent structure is the culmination of one man’s vision and passion. 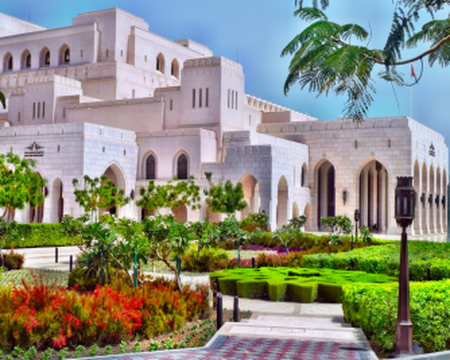 On 12 October 2011, the Royal Opera House Muscat (ROHM) opened in Muscat, Oman with great fanfare and an opening night performance of Turandot that matched its magnificent physical presence. Its imposing facade and rich arabesque interior elevate opera and classical performance to incredible heights and dwarf the individual.

The pristine complex rises out of its desert environs near the coast and spreads across 80,000 square metres of land. The building adheres to traditional Omani architectural sensibilities and is constructed using traditional Omani desert rose stones. Nearly half of the total area, or 40,000 square metres, is reserved for carefully-manicured gardens. 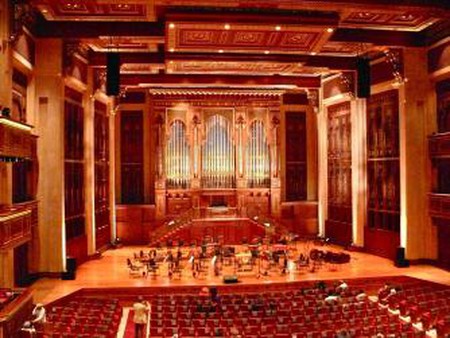 The opera house is also the clear embodiment of one man’s passion for music and culture. Sultan Qaboos, the 14th Sultan of Oman, conceived of building a fitting home to showcase opera performances as well as classical music concerts in the Arab world a decade ago; the only other opera venue is the Cairo Opera House, which was built in 1988. A third opera house, designed by Zaha Hadid, is currently under construction; its form mimicking the shifting dunes of sand in the region.

In contrast, the architecture of the Royal Opera House Muscat evokes the historic fortresses and castles that dot the Omani landscape, such as the Nakhal and Bahla forts. Whilst the fortifications arose out of the necessity of defending the kingdom during periods of warfare and instability, the Royal Opera House Muscat is a monument to expanding cultural exchange, Omani heritage, and royal prerogative.