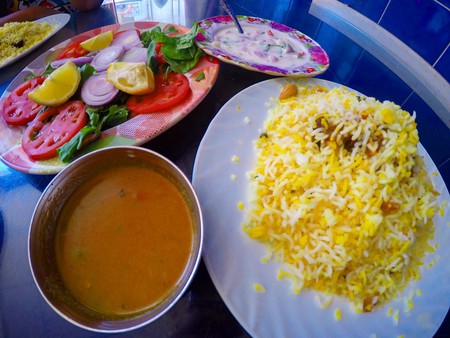 One of the wonders of the unique Omani culture, is the exceptional mouthwatering traditional cuisine. From dates and coffee, to rice and grilled meat, here are the top Omani dishes that every visitor must try during their visit to the country.

Also called Kabsa and Makboos, Majboos is a traditional mixed rice dish that originated in Saudi Arabia. It’s famous in the Arab World especially in the Gulf countries including Oman. The dish consists of rice, usually basmati, vegetables, meat or chicken and a mix of spices. It is sometimes, served with either yoghurt or green salad, traditional bread and tomato sauce. 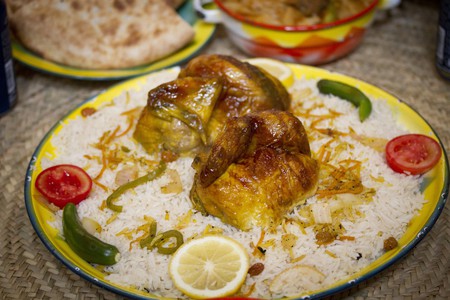 Shuwa means grilled meat in Arabic. It’s a favourite dish in Oman often prepared for special occasions like Eid. The process of cooking the Shuwa dish takes a long time. In fact, Omanis usually prepare the meat on the first day of Eid, and eat it on the second or the third day. The Shuwa is marinated in Omani spices, then wrapped in banana leaves or palm leaves and put in an underground sand oven, where it gets cooked over one to two days. This may seem a strange method but Shuwa meat is one of the tastiest dishes around. 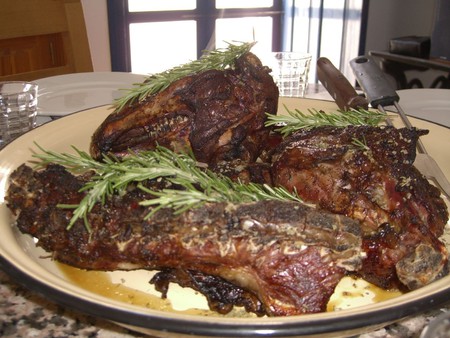 There are several types of Omani breads. One of them is thick and has a large circular shape. Another is crisp and thin, and is the size of a small circular dinner plate. Most Omanis make their own bread at home, and obviously there are bakeries too, bread is also popular in restaurants to be served alongside meals.

Palm trees are the most frequently seen plantations around Oman. They produce mouth-watering dates. Differing in size, color, and tenderness, these dates are one of the essential meal items that are presented to every guest as part of the wonderful Omani hospitality. Sometimes, Omanis mix dried dates with sesame paste and sesame or ground coconut. They also use them in preparing different types of desserts and Omani sweets. 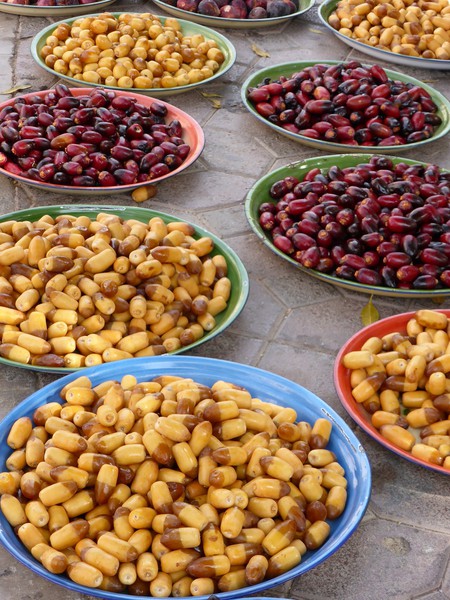 Kahwa means coffee in Arabic. It is famed for its taste and texture, also how it is grown, dried and prepared. Omani kahwa is usually mixed with cardamon powder. Just like dates, it is an essential part of the Omani hospitality and is served with the Omani Halwa (dessert) as well. Most Omanis drink kahwa several times during their day. They also prepare pots and sometimes take them when visiting neighbors. 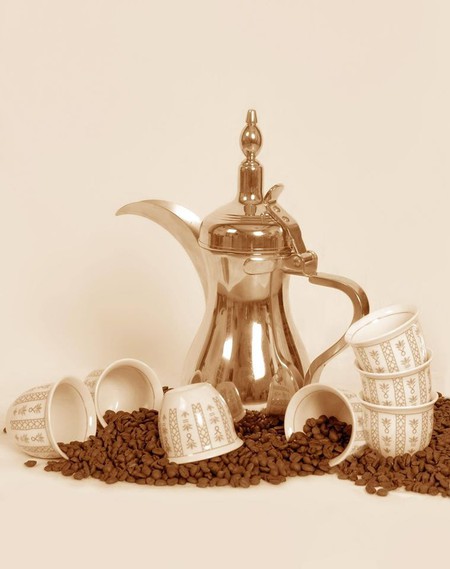 Also known as kebab, Meshkak is marinated beef, mutton or chicken that is grilled on sticks. It is usually marinated with different spices, especially curry, and served with Omani bread. This is another special Omani dish that is prepared everywhere around the country especially during celebrations.

Halwa means dessert in Arabic. However, Halwa is also the name given to the most famous Omani sweets. It has a strong texture that is thicker than custard. Although Halwa is brown-colored, there is no chocolate used in its preparation. Omani Halwa consists of sugar, honey, rose water, eggs, several Omani spices and nuts. It is usually served with kahwa and dates. Omanis present it on one big plate with several spoons so that guests and visitors can share in the deliciousness. 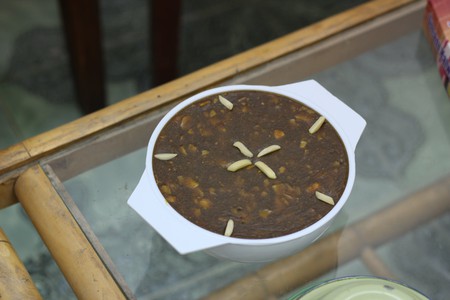 Laban means sour milk in Arabic. The Omani Laban is made of yoghurt and buttermilk. It is a salty drink that is served everywhere in Oman and is usually flavored with cardamon, mint or cumin.

Harees is another unique Omani traditional dish that is usually cooked for special occasions. It is made from wheat mixed with meat, and is usually served with special sauce. 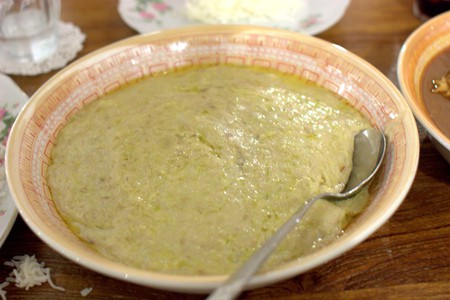 Mashuai is a tasty Omani fish dish. It consists of grilled kingfish with a special savory lemon sauce. With the traditional Omani spices, this dishes is uniquely mouthwatering and shouldn’t be missed on a visit to the country. 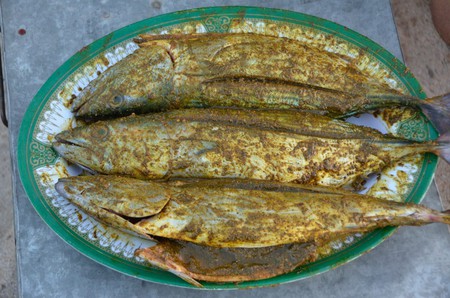