10 of the Oldest Cities in the World 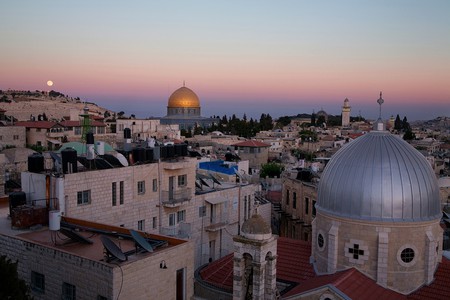 The ground beneath these cities and perhaps some of the walls have vibrated to the tune of continuous human habitation not just for centuries, but millenia.

One of the oldest cities in the Middle East, Damascus was founded in the 3rd millennium B.C., and through excavation sites, archeologists have been able to prove that the area was first inhabited sometime between 8,000 and 10,000 B.C. Located in present-day Syria, the city is a unique place as so many cultures have made it what it is today, including elements of Roman and Greek city urban planning. Islam has also had a great influence, which is evident in the Umayyad Mosque. Also known as the Great Mosque, it is one of the largest and oldest mosques in the world, built sometime between A.D. 705 and 715. 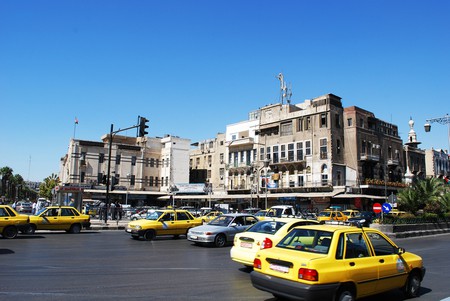 The capital and largest city in Greece, Athens is also, of course, one the oldest cities in the world with continuous inhabitation since 5,000 B.C., or approximately 7,000 years. Once a powerful city-state and the birthplace of democracy, history buffs will love strolling around this city as it is brimming with historical gems, representing various empires such as the Roman, Byzantine, and Ottoman. While Greece has suffered in recent years due to the economic downturn, it remains a popular destination with tourists seeking to experience the incredible history, art, cuisine, and people that Athens has to offer. 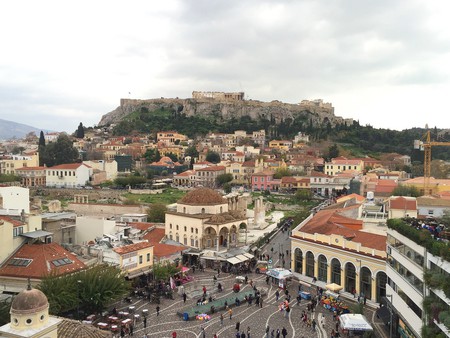 Sidon, Lebanon is another city with a long, rich history. Indeed, it is believed that the area was inhabited sometime around 4,000 B.C. or possibly even earlier around 6,000 B.C., and it’s also widely held that historical figures such as Jesus, St. Paul, and Alexander the Great all visited (the latter actually capturing the city). Located south of Beirut, this Phoenician city is now one of the largest cities in Lebanon and is home to Sayhad, a busy port. Much of Sidon’s history lies beneath the modern buildings, making it difficult for archeologists to conduct excavations; however, there are incredible sites that can be explored, including the Sidon Sea Castle. 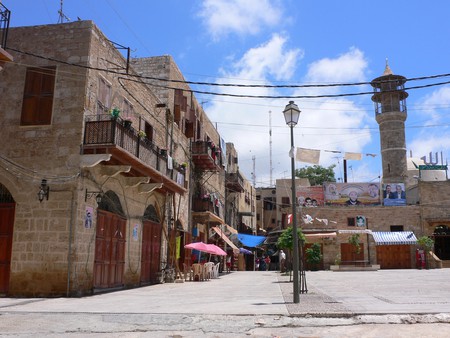 Part of the Greater Tehran metropolitan area in Iran, Rayy, also spelled Rey or Ray, is the oldest city in the province and one of the oldest cities in the world with evidence supporting the fact the inhabitants go back as far as 6,000 B.C. Steeped in history, the city was mentioned as being a sacred place in the Avesta, which are the ancient scriptures of Zoroastrianism. Arabs captured the city in A.D. 641, and it was almost destroyed by the Mongols in 1220. Historical monuments that survive include the 12th century Tughrul Tower and the 5,000-year-old Cheshmeh Ali Hill, ‘a hill with a spring’ and an excavation site where 7,000-year-old artifacts were discovered. 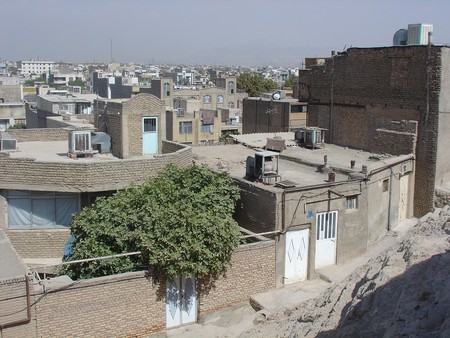 An important religious center for the Jewish, Christian, and Islamic faiths, Jerusalem is steeped in history. Some of the earliest inhabitants can be traced to 2,800 B.C., and with a history that long, it’s safe to say that the city (like any city on this list) as been through a lot, including being besieged, attacked, and captured numerous times throughout its existence. Jerusalem is home to many wonderful sites, including the Western Wall (c. 19 B.C.) — a retaining wall of the holiest site, the Temple Mount, for the Jewish people — The Old City, built by King David in 1004 B.C., and the Mount of Olives.

The oldest city in Egypt and one of the oldest in Africa, Faiyum was founded around 4,000 B.C. Located approximately 62 miles southwest of Cairo, Faiyum is partly located in an area that was once the ancient city of Crocodilopolis, whose inhabitants worshipped a sacred crocodile named Petsuchos who had its own temple pond. Today, there are mounds marking the site of ‘The Crocodile City,’ plus Faiyum is home to bazaars, markets, mosques, and baths. 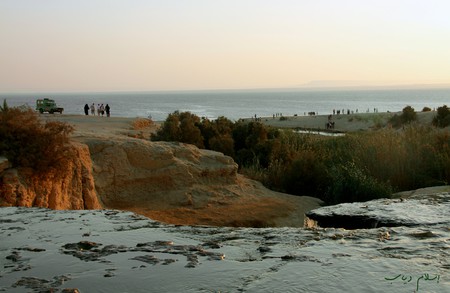 Another city located in present-day Lebanon, Byblos, originally known as Gebal, is one of the oldest Phoenician cities, founded around 5,000 B.C. Situated along the coast of the Mediterranean about 25 miles north of Beirut, Byblos — the name the Greeks gave the city — is the location from where the Phoenician alphabet spread. Today, there are many sites that will interest history lovers, including the Crusader Castle, built in the 12th century, and the Phoenician Royal Necropolis, which is found near the castle. 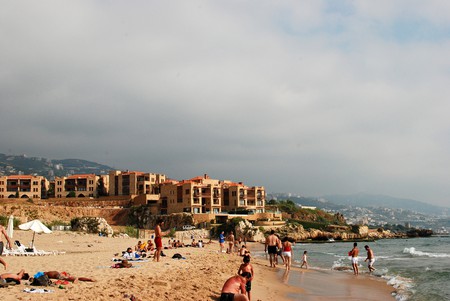 A small city with a population of 20,000 people, Jericho, which is located in the Palestine Territories, is believed to be the oldest city in the world. Indeed, some of the earliest archeological evidence from the area dates back 11,000 years. Having gone through its fair share of turmoil, including being destroyed and rebuilt more than once, Jericho is still standing today, offering visitors various historical, religious sites to see such as the Mount of Temptation, where Jesus was tempted by the devil, and Nabi Musa, the area believed to be where Moses’ tomb is located. 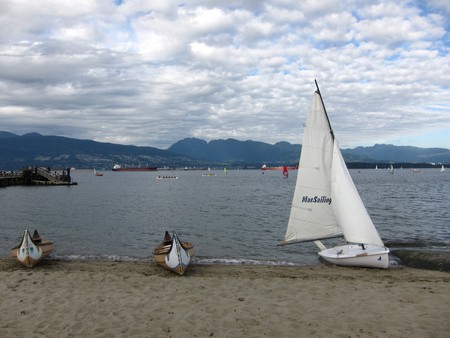 One of Europe’s oldest inhabited cities, Plovdiv is the second largest city in Bulgaria. Inhabited since 4,000 B.C., beginning with a Neolithic settlement, Plovdiv has been conquered by many people throughout its history, including the Greeks and the Romans, which is evident in the ancient ruins found across the city. Some of the highlights include the Ancient Stadium of Philippopolis (an old name for Plovdiv); the Roman Amphitheatre, which still hosts major events; and the Ruins of Eumolpias, a Thracian settlement from 5,000 B.C. 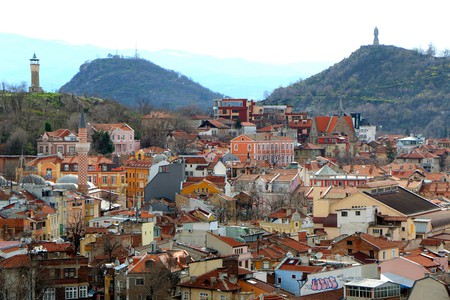 Located in southern Turkey near the Syrian border, Gaziantep’s earliest inhabitants were settled in 3,650 B.C. Also known as Antep, this city offers visitors many historical sites to explore, such as the Gaziantep Fortress and Ravanda citadel, both of which were restored in the 6th century by the Byzantines, and the ruins of Rumkale. Other highlights include the Zeugma Mosaic Museum, the largest of its kind in the world. Also, the city is known for its pistachio baklava and features over 150 pastry shops. 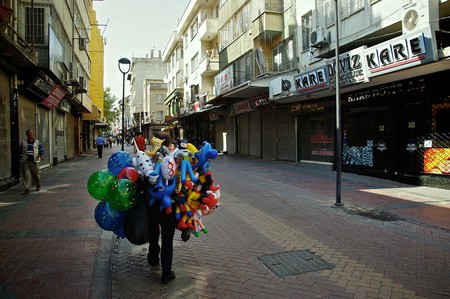