A Foodie’s Guide to Beirut, Lebanon 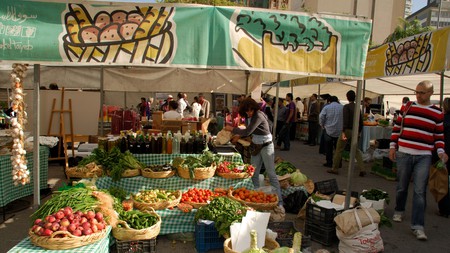 The food scene in Beirut is unreal. To dive into it is to experience first-hand the city’s deep culinary heritage and taste well-known dishes that can be traced back for thousands of years to eras of Roman and Phoenician rule. Here’s what to eat, drink and do around the city if you love food.

A new wave of emerging cooks, tour guides and restauranteurs are highlighting Beirut’s authentic and unique dining experiences, from neighbourhood ice cream shops to honey-making workshops and the best hole-in-the-wall fast-food joints. Lebanon’s capital city is a tangle of narrow traffic-clogged streets and to make the most of your visit, Culture Trip has compiled a guide to Beirut’s culinary scene. 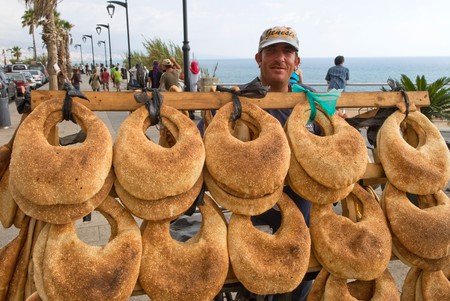 The best foodie gems are sewn into the lining of this city and can easily be missed by first-time visitors. Lebanese-American cook and author Bethany Kehdy started Taste Lebanon tours over a decade ago to take visitors off the tourist trail and into the the heart of local food culture.

Beirut Bites is Kehdy’s day-long urban ramble starting with a Lebanese breakfast at a family-run bakery in Zuqaq-al-Blat and unfolding into neighbourhoods such as Gemmayzeh, Mar Mikhaël and Bourj Hammoud with plenty of pitstops to taste garlic-heavy shawarmas, hot meat pies (sfeeha) and other local specialties while hearing the stories behind each dish.

Beirut’s first farmers market, Souk el Tayeb (which means the “good market”), is packed with fresh organic produce, fruity preserves and ready-to-eat treats; the lamb and spinach sambousek always sells out within the first hour. Kamal Mouzawak runs a string of restaurants and B&Bs in Lebanon and started the market in 2004 to help preserve the culture of small-scale farming while recreating the vibrant energy of a traditional Arabic souk. Stroll between more than 100 stalls rubbing shoulders with local traditional artisans, housewife cooks, hipsters and foodie entrepreneurs. 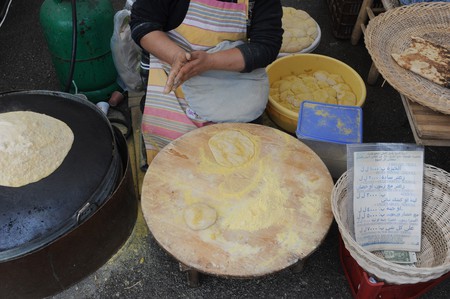 One of the best ways to explore is to take a foodie tour, where you’ll get to watch locals as they prepare bread | | © Kaveh Kazemi / Getty Images

The market is open Wednesdays at Clemenceau at the Gefinor Center (11am to 4pm) and Saturdays in Downtown Beirut at the Beirut Souks on Trablos Street (9am to 2pm).

Hidden at the end of a snug cul-de-sac and backing onto a disused railway in Mar Mikhaël, you’ll find Tawlet – a cavernous and comfortably chic restaurant with sky-high ceilings, bookshelves crammed with cookbooks and a long communal table with wicker chairs made by the members of The Lebanese Institution for the Blind. Kamal Mouzawak is also behind this Beirut hit, and the main event is the Farmers Kitchen Saturday brunch when women from different regions in Lebanon travel in to cook their own dishes and create a colourful buffet. 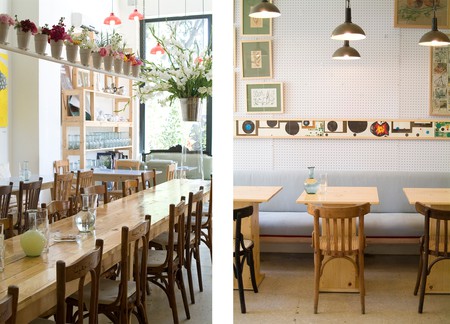 With high ceilings and chic decor, Tawlet is perfect for brunching with friends | | © Leisa Tyler / LightRocket via Getty Images

Pick up some local honey

Marc-Antoine Bou Nassif – despite having a bee allergy – co-founded artisanal honey brand L’Atelier du Miel with his brother, Ralph. They are the first to produce year-round honey in Lebanon, which they do by moving beehives to different regions as new flowers blossom. 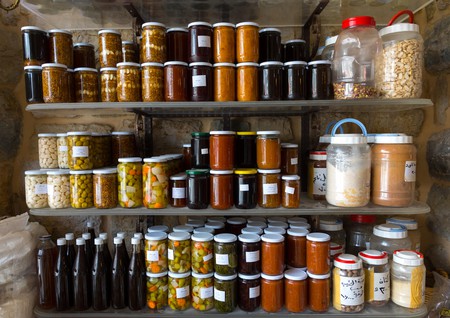 Keep an eye out for locally produced honey, pickles and sauces, and be sure to take some jars back home | | © ERIC LAFFORGUE / Alamy Stock Photo

The walls of their “honey boutique” in the Achrafieh neighbourhood of Beirut are lined with glass jars of honey – three tonnes in total – displayed on galvanised floor-to-ceiling steel frames designed to mirror the shape of beehive cells. They also sell nougat and honey jams created by their mother and host regular honey-themed workshops.

Beirut’s best Armenian restaurant is Seza. Tucked away down a dark back street, the menu here is the real deal – cooked by Grandma Seza using generations-old recipes – and delicious dishes such as kavurma (a braised lamb casserole) and the manti (doughy triangles filled with minced meat and topped with garlic yoghurt and sumac) are made for sharing. 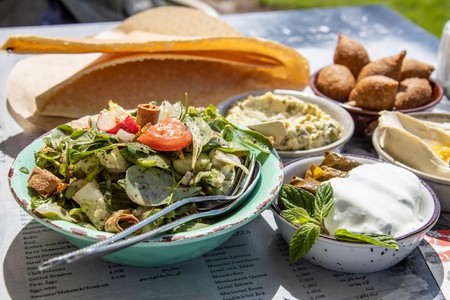 The restaurant is inside Grandma Seza’s old family house, with the original tile flooring exposed and soft cushions, colourful art and glassy chandeliers adding to the cosy feel. For warmer months, there’s a terrace decorated with fairy lights and creeping vines.

After an evening spent hopping between Beirut’s tiny neighbourhood bars, it’s worth seeking out the ultimate late night hole-in-the-wall on Alexander Fleming Street in Mar Mikhaël. 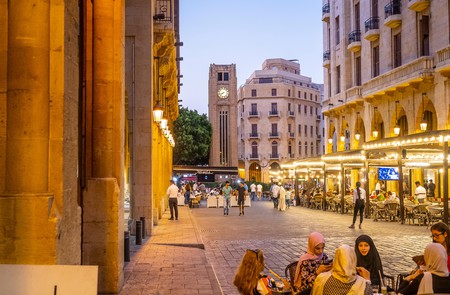 Afterwards, head to Mashawish, which serves up kebabs, pork ribs and lamb chargrilled sandwiches hot and fast. If you’re feeling brave, order the diced and sautéed garlic lamb testicles, which proves right the Lebanese theory that with enough added garlic anything tastes delicious. Most people wolf down their food on the curb right next to the serving hatch. It’s just too good to wait.

Mashawish is open until 3am six days a week.

Bouzet Hanna Mitri ice cream shop in Achrafieh has been part of the fabric of this neighbourhood since 1949, with locals dropping in for a scoop or two when it opens at 7.30am.

Mitri Hanna Moussa has been running the shop since his father Hanna passed away in 2012 and sells eight original ice cream flavours including milk, chocolate, pistachio and croquant (a milk ice cream with homemade almond brittle), plus a range of tangy sorbets and buttery cookies.

The not-so-secret ingredient is mastic, a sun-dried tree resin, which Mitri brings in from Greece to give the ice cream a slightly taffy-like texture.