The Best Desert Castles To Explore Near Amman, Jordan 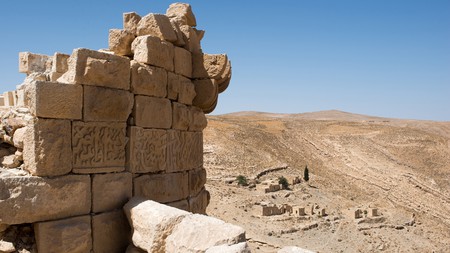 To gain a deeper knowledge of Jordan’s ancient history and culture, don sturdy boots and take to the desert for a look at the architecture of the past.

No trip to Amman is complete without a day exploring its nearby desert castles. An insight into early Islamic art and architecture, numerous castles and qasrs are spread out over the arid desert. Mostly built during the Umayyad Caliphate of the 7th to 8th centuries, each has its own unique history from serving as military bases and fortifications, to inns and country estates for wealthy friends of the caliph.

The easiest way to explore all these castles is to plan a day trip from Amman and hire a private car and local driver. The desert highway is one of the main arteries in Jordan connecting four countries, and the lorries, buses, mules, overloaded cars and wild camels will make driving yourself a challenge. 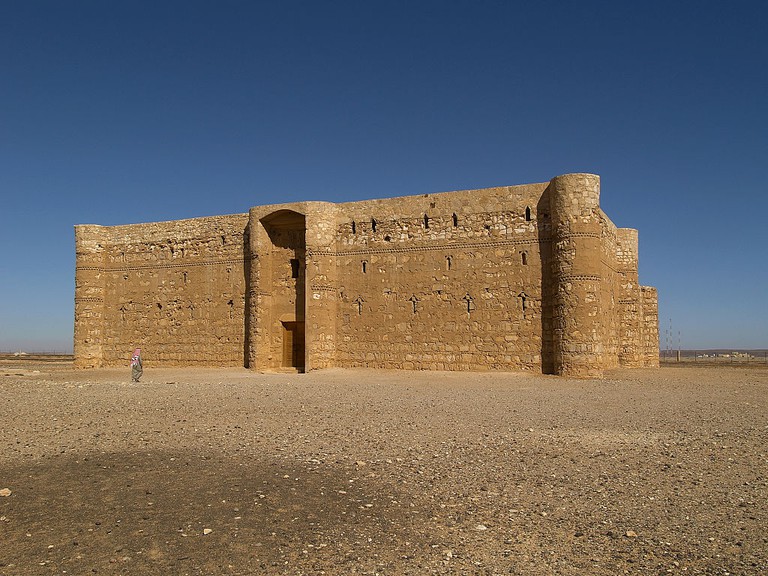 Just off the highway to the east of Amman is Qasr Al-Kharanah, the best known of Jordan’s desert castles. On the approach, this building’s solid wall and archway looms out of the flat desert, surrounded by a few shrubs. Inside, a courtyard leads into rooms on all four sides and a staircase leads to another floor above. Qasr Al-Kharanah was believed to have been built sometime before the early 8th century and is one of the oldest castles in the area. Previously used as an inn, it is one of the only castles in the country never used in military action. 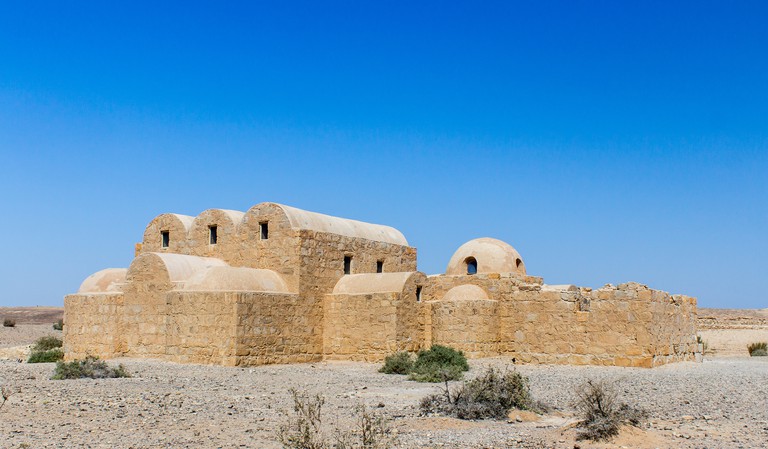 From the outside, Qasr Amra looks like a smaller version of Qasr Al-Kharanah, rising out of the desert with rounded roofs. This qasr is the only one that is on the list of World Heritage Sites, and its historical significance is obvious when you step inside. Every inch of the walls and rounded ceiling inside Qasr Amra is covered with paintings of ancient kings and hunting scenes. An exquisite example of early Islamic art, tucked away in the middle of the desert. 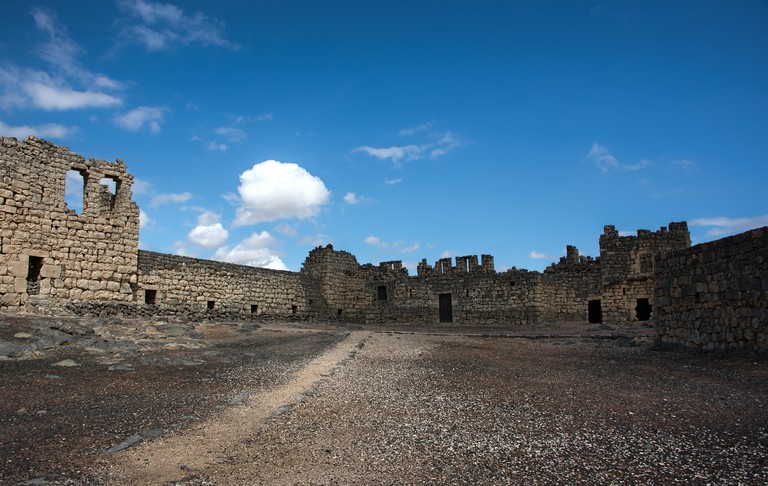 Unlike the artistry of Qasr Amra, Qasr Azraq is an imposing black basalt castle. Much older than other qasrs in the area and much more fortress-like in its architecture, it was built in the 4th century by the Romans, then later renovated by the Byzantines and finally refurbished by Umayyad ruler Walid II. A historical highlight of this landmark is that T E Lawrence based his operations here during the Arab Revolt. Visitors can explore the room where Lawrence of Arabia stayed in 1918 and described in his book The Seven Pillars of Wisdom. 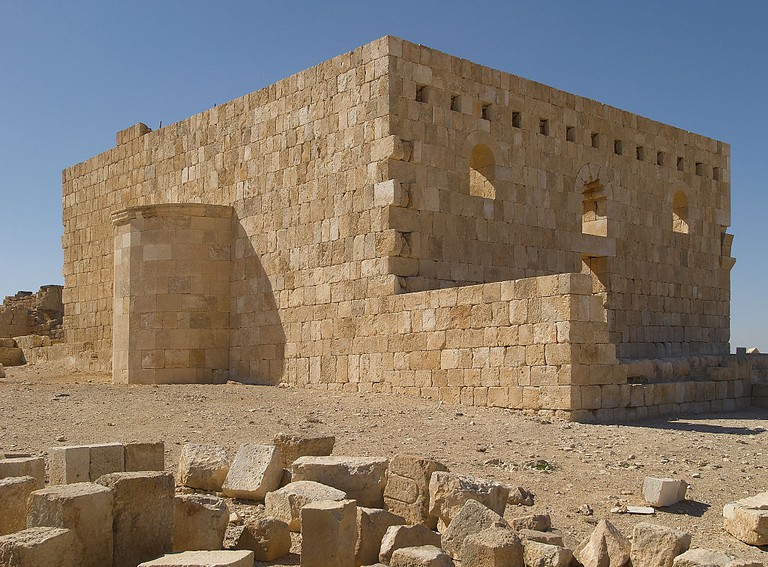 The Umayyad Caliphate was fond of demolishing original Roman structures to construct their own qasrs, and Al Hallabat is a prime example of this. Built with a dual purpose, it served as a country estate and was also used for local agricultural needs. The black basalt and limestone building’s outer walls are intact, but what makes this qasr worth visiting is the fact that a mosque and bath house are attached only a few metres away and are open for visitors to explore. 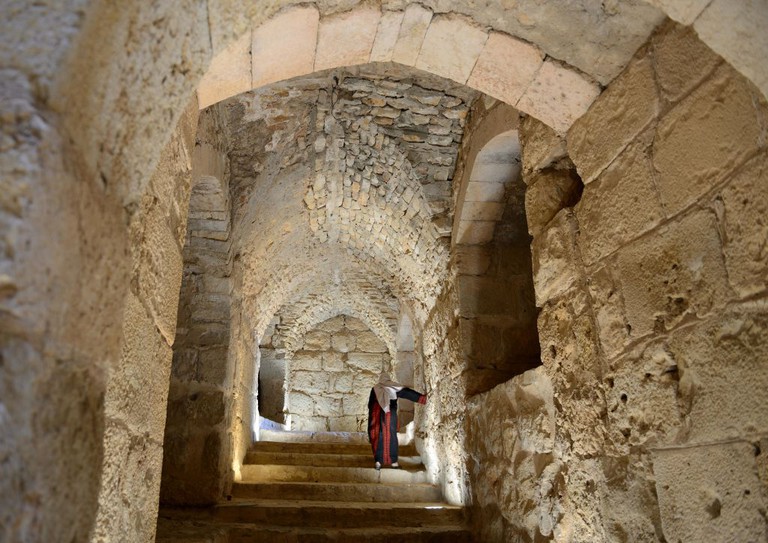 Built in the 12th century by the Ayyubids as a fort, Ajloun Castle sits on top of Mount Jabal overlooking the Jordan valley with huge square towers and high walls with arrow slits. Surrounded by a moat, visitors must cross the wooden bridge to explore the many rooms and winding passages cutting through the building, before climbing up its tower to enjoy the view. A small museum has been built in the castle grounds, exhibiting artefacts discovered during excavations and restorations after two earthquakes in the 19th century. 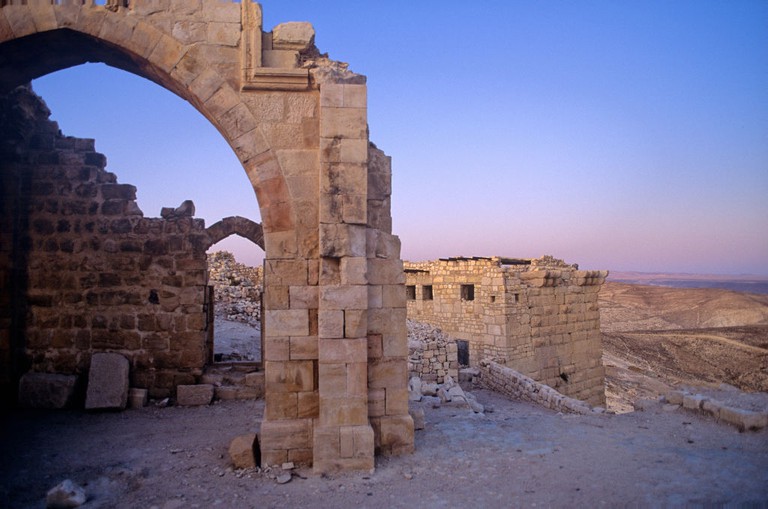 Round out your tour with a visit to the enormous Shobak Castle. Built in the 12th century by the crusader King Baldwin I, this castle contains secrets beyond its stone walls. A door on the bottom level of this building leads 375 steps down a secret passageway to a subterranean spring, before a ladder to the surface returns you outside on the main road to town. An adventure not for the faint of heart, you are advised to engage the service of one of the guides waiting at the entrance.