Why Are Women in Iran Taking Off Their Headscarves? 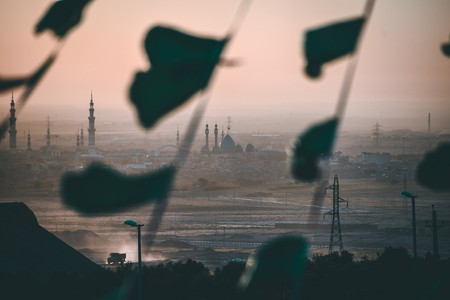 A lone woman silently stands high on a block on a busy public street in Iran. Tied to the end of a pole is a headscarf that she has removed from her head. Her hair falls freely around her face. Shortly after, she is arrested.

But despite her silence, the world heard her message.

In December 2017, a 31-year-old protester dubbed the “Girl of Enghelab Street,” later identified as Vida Movahed, climbed up on an electricity box on a busy street and removed her headscarf in a protest against Iran’s compulsory hijab. She was arrested on site. Reports say that Movahed has been released, but there are fears that she may have been re-arrested.

Since then, similar images of women waving their headscarfs on a stick have appeared across social-media outlets under the hashtag “WhiteWednesdays,” leading to as many as 29 arrests.

These women aren’t just protesting against a piece of cloth, though. They are standing up for what they believe the compulsory covering up symbolises, and they are challenging Iran’s strict laws for women.

The history of Iran’s compulsory hijab

The hijab became compulsory for women in the aftermath of the 1979 Revolution. Ayatollah Khomeini became the supreme religious leader of the Islamic Republic of Iran at this time, and implemented a strict dress code for Iranian women.

The ruling was met with outrage, and almost 10,000 women took the streets in protest. Despite their efforts, however, it became the law of the land, and a failure to comply was now a punishable offence.

This led to the policing of women’s hijabs, which often involved harassment on the streets for being a “bad hijabi”. The headscarf became a national representation of the “ideal type of Iranian woman” and the morality of those failing to follow the rule was questioned.

Still, the women of Iran did not stop protesting and continued to challenge this law in subtler ways. They may not have continued shouting publicly on the streets, but their defiance was evident in the way their clothes became a little tighter, or in the way they allowed strands of their hair to fall from their hijab.

The influence of social media and the power of solidarity

The recent protests have garnered much support, but have also been met with a backlash of anger. There have been claims that these women have been influenced from “the outside” and the campaign has been brought to Iran’s streets by international instigators and anarchists.

In May 2017, Masih Alinejad, an exiled Iranian journalist and activist living in the United States initiated the “White Wednesdays” campaign via social media, which began the movement of women posting pictures and videos of themselves wearing white headscarves or pieces of white clothing as symbols of protest.

The recent protests on Iran’s streets have been linked to Alinejad’s campaign, as many of the women held or wore white scarves.

Regardless of what provoked this wave of protest, women the world over are taking a firm stand against violations of women’s right everywhere and, in doing so, are paving the way for others to do the same.