Fascinating Traditions Only Iranians Will Understand 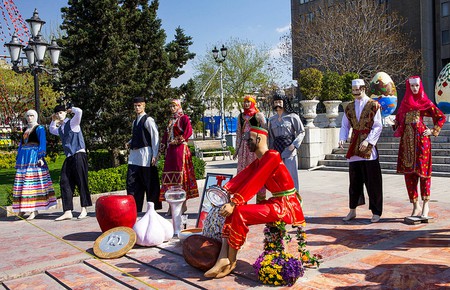 While some of the major traditions passionately upheld in Iran today originate from the ancient Persians and Zoroastrianism, others show the complex nature of the present-day Iranian character. Whether it’s jumping over fire or avoiding the curse of the jinx, here are eight unique traditions that have been kept alive in Iran.

Târof is the heart of Iranian social behavior. Simply put, it’s a form of deference, genuine or fake, in which a person doesn’t reveal their true feelings. Târof is rather extensive and intricate, but here are just a few examples that others can’t quite wrap their heads around. When offered something, you are supposed to politely decline at least three times before accepting. To do so right away would be brazen. Similarly, you must also offer three times. Iranians won’t even accept a payment the first time and insist ghâbel nadâre, which hints that you don’t have to pay because the product/service is not worthy of you. This is the most insincere of târof as the money is taken while simultaneously uttering these words. And replying with a mere ‘fine’ to the question ‘how are you?’ is far too basic for the Iranian who answers with, ‘I’ll sacrifice myself for you.’ This system can be maddening for those unaccustomed to it, but there is no escaping it.

When a friend or family member leaves to go on a trip, Iranian families prepare a tray, on which is placed a Quran and a clear glass of water, symbolizing pure flowing water. The traveler is to kiss and pass under the Koran three times for protection. As they leave, the water from the glass is tossed behind them, which ensures their safe return.

Rooted in Zoroastrianism, the longest night of the year, known as shab-e yaldâ (or the winter solstice), is celebrated as a triumph of light over darkness, of goodness over evil. Families stay up all night reading poems of Hâfez and stories from the epic poem Shâhnâmeh. Eating mixed nuts and red fruits such as pomegranates and watermelon are traditional on this night as they symbolize the red of dawn and the dominance of light henceforth. 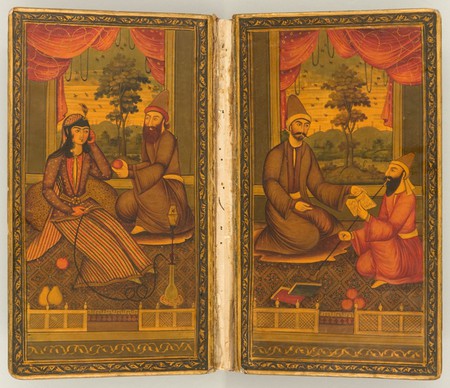 Iranians look forward to this annual tradition, which also stems from Zoroastrianism. On the eve of the last Wednesday before Nowruz (the Persian New Year, which coincides with the spring equinox), Iranians around the country set off fireworks and jump over large bonfires while singing ‘your red color for me, my yellow color for you.’ These verses suggest that you give the fire your sick yellow pallor, and take the fire’s warm energy. Paper lanterns carrying the hopes and wishes of Iranians are also lit and released into the sky. 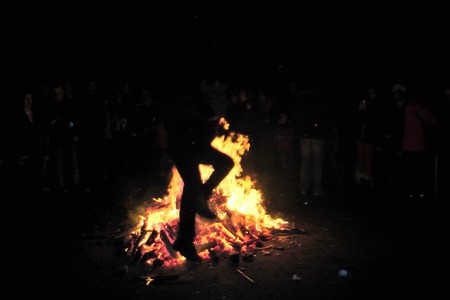 Jumping over the fire for Chaharshanbeh Suri | © PersianDutchNetwork / Wikimedia Commons

In the weeks leading up to Nowruz, the jovial character known as Hâji Firooz appears around town donning a red suit, his face covered in soot. Tambourine in hand, he parades around the streets with his bongo-playing sidekick singing short, repetitive songs, and spreading happiness. Although some controversy has surrounded his black face in recent years, it is said that in ancient times Zoroastrian priests sent Hâji Firooz to spread the word of Nowruz. Because he helped people burn their old belonging to make way for renewal, his face turned black from the smoke. These days, Hâji Firooz continues to announce the arrival of the New Year. 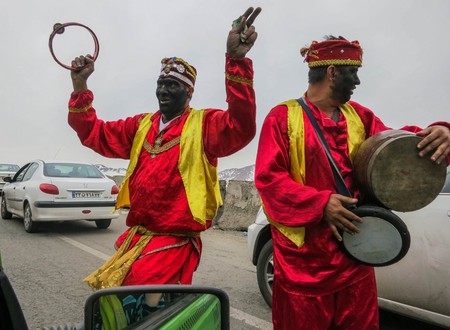 A few weeks before Nowruz, Iranians begin preparing a table called haft seen, or ‘seven S’s.’ Seven plant-based items beginning with an s in Persian are placed on a table, each one symbolizing love, beauty, health, affluence, patience, rebirth, and wisdom. The most important item is arguably sabzeh, greens sprouted from lentils and wheat which are supposed to absorb the accumulated negative energy in the home. Painted eggs, candles, hyacinth, goldfish, sweets, and a book of Persian poet Hafez are also included in the display. Families gather around this table during the final minutes leading to Nowruz. 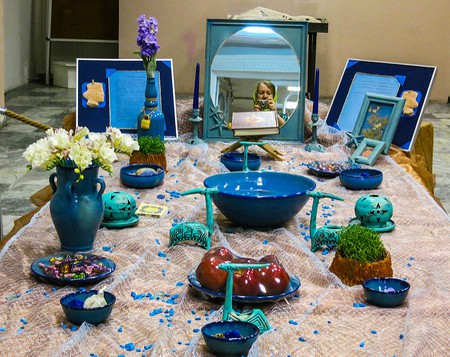 On the thirteenth day of Nowruz, Iranians must go outdoors. In fact, it’s bad luck not to. Parks are flooded with families playing badminton or throwing frisbees, barbecuing, making the traditional âsh soup, and of course, drinking plenty of tea. While couples knot the green sprouts from the haft seen table to solidify their unity, single girls do it in hopes of finding a spouse by the following year. Sizdeh Bedar, also called Nature Day, is also a day when friends play practical jokes on each other, much like April Fool’s. 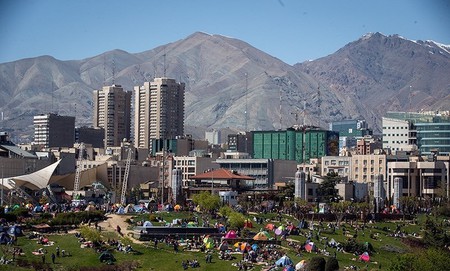 It’s safe to say that Iranians are a superstitious bunch, especially when it comes to being jinxed. Therefore, in order to avoid being jinxed, or in case you feel as if you already have been, it’s tradition to burn espand, wild rue seeds. As the tiny seeds pop, the smoke is waved over the person’s head while saying, ‘may jealous eyes burst,’ with the seeds representing those envious eyes. Receiving a compliment or moving into a new house also warrant the burning of espand, which in addition to warding off the evil eye is also said to have purification properties.