Iran has seen an increase in the number of annual visitors over the past few years, and the lifting of economic sanctions is sure to attract even more. Home to one of the oldest civilizations, Iran has no shortage of sites to see. When it comes to UNESCO World Heritage Sites, it boasts an impressive 19 registered cultural sites. Palaces, bazaars, places of worship, ancient water systems, and remnants of the great Persian Empire dominate this list. The Culture Trip explores the top 10 UNESCO World Heritage Sites in Iran. 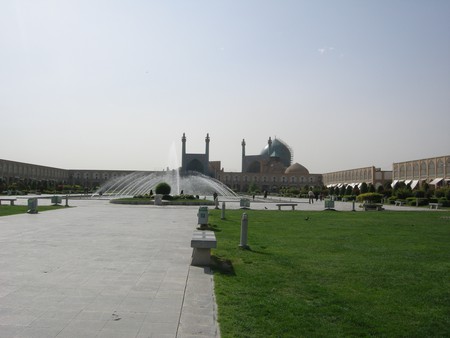 It is easy to spend an entire day meandering in Meidan Emam, alternating between marveling at jaw-dropping architecture and haggling with business-savvy bazaar keepers. It is no wonder that the city of Isfahan is known as nesfe jahan (half the world). One of the first sites in Iran to be registered with UNESCO in 1979, this square was built by Shah Abbas in the 17th century. One major monument stands on each side of this grand square, and they are all connected by two-story arcades. Imam Mosque has the largest dome in the city, while Sheikh Lotfollah Mosque dazzles visitors with its splendid tile work. Ali Qapu Palace is most notable for its music room, mosaic stairs, and views of the square, and the gate of the Imperial Bazaar will take you through one of the oldest bazaars in the region. At the end of the day, you will truly feel as though you have seen half of the world. 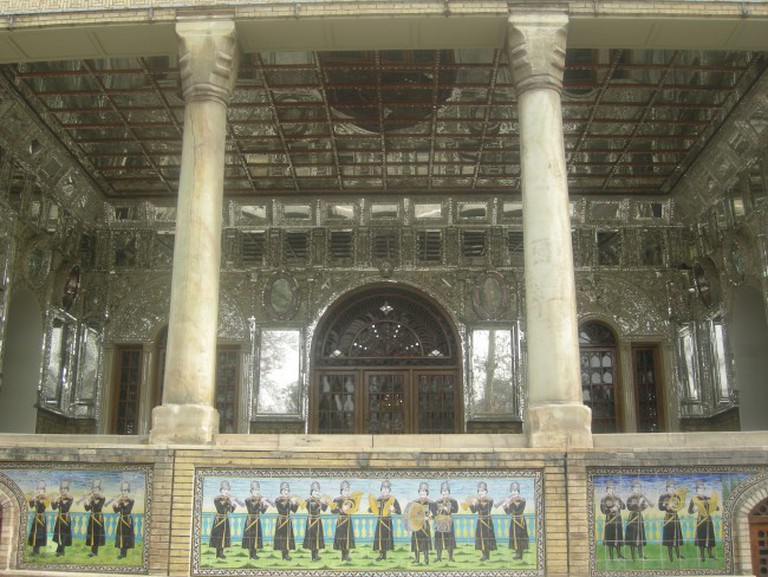 Golestan Palace was more recently included with UNESCO in 2013. Located footsteps from Tehran’s Grand Bazaar, this lavish palace became the Qajar dynasty’s seat of government. The architecture exemplifies this dynasty’s fusion of early Persian design and Western influences. Magnificent pools, green spaces, and mosaic façades are located throughout this complex, and building interiors vary from bright grand halls hanging with ornate chandeliers to dim cozy nooks of mirrored walls and stained glass. The masterpieces of painter Kamal ol-Molk are also housed throughout the buildings and not to be missed. Take advantage of the opportunity to dress up as a Qajar prince or princess and have your picture taken against the spectacular backdrop of authentic Persian architecture. 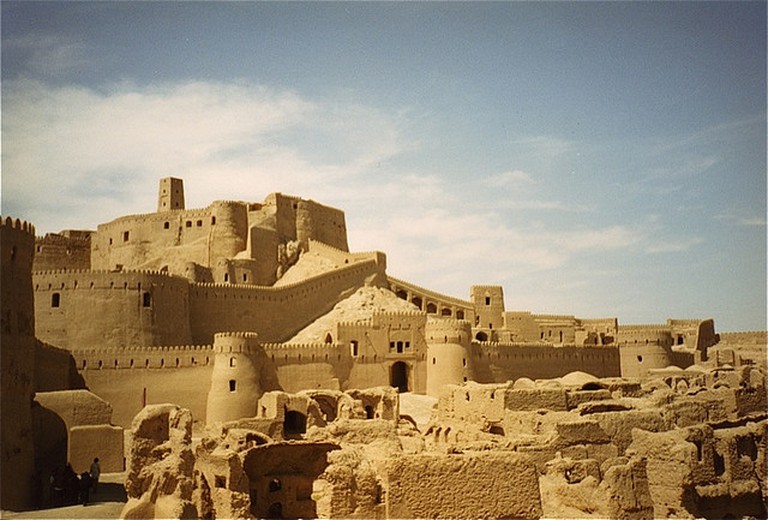 Bam and its Cultural Landscape

This ancient desert city of the southern Kerman province was registered with UNESCO in 2004. An overview of Bam immediately gives visitors the impression of being in a life-sized sand castle. The most recognized monument, Arg-e Bam, dates back over 2,000 years to the Parthian Empire. This citadel was build out of khesht (sun-dried mud bricks) in the 6th to 4th centuries B.C. and served as the governor’s quarters. Reconstruction of this landmark began after a devastating earthquake nearly flattened this mud brick city, killing over 26,000 people in 2003. Dates, a particularly special export of Bam, flourish especially well thanks to the vast system of qanats (an ancient underground water system) still used today. 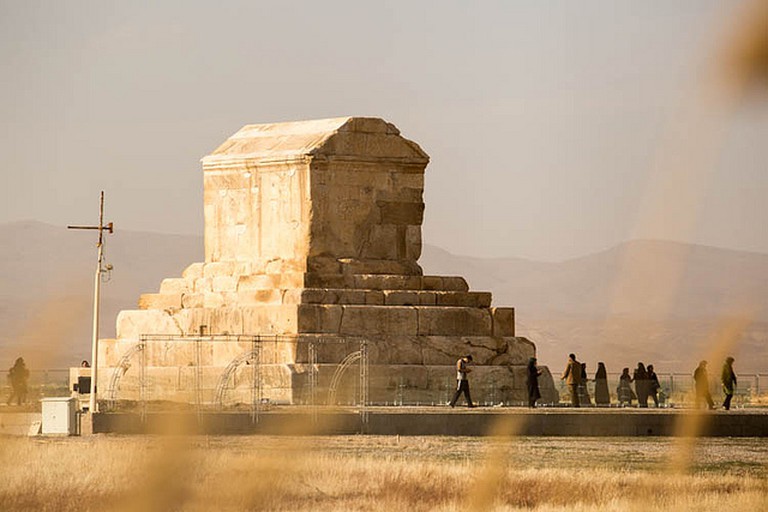 Tomb of Cyrus the Great | © sunriseOdyssey/Flickr

Brazilian poet Manuel Bandeira published the poem Vou-me embora pra Pasargada (I’m off to Pasargadae) describing a man who, unsatisfied with his life, talks about escaping to this utopian city. In a remote location some 50 kilometers from Shiraz, it might not presently look like the utopia it may have been in its heyday, but Pasargadae was the first capital of the Achaemenid Empire in the 6th century B.C., founded by Cyrus the Great. Added to UNESCO in 2004, it is also known as the first multicultural empire that respected cultural diversity. Ruins of the palace and citadel remain, but the main feature is the mausoleum of Cyrus the Great, said to have been visited by Alexander the Great himself after destroying Persepolis. 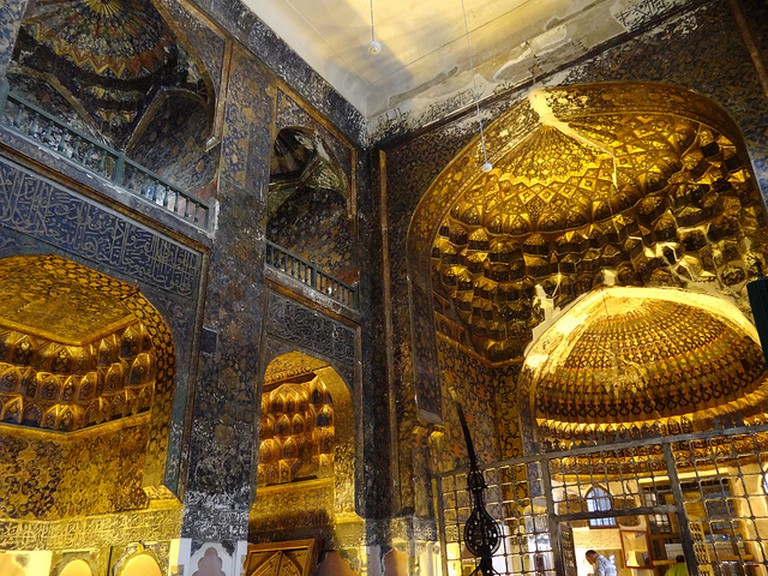 This shrine ensemble located in the northwestern city of Ardabil joined UNESCO in 2010. It is the location of the tomb of Sheikh Safi al-din, a leader of Islamic Sufi mysticism. Constructed between the 16th and 18th centuries, it is a fusion of Sufi tradition and Iranian traditional construction. The route to the shrine consists of seven segments representing the seven stages of Sufi mysticism, and other parts are divided into eight gates, which mirror the eight attitudes. The areas of this shrine have served various purposes over the years including a library, mosque, school, mausoleum, and cistern, among others. 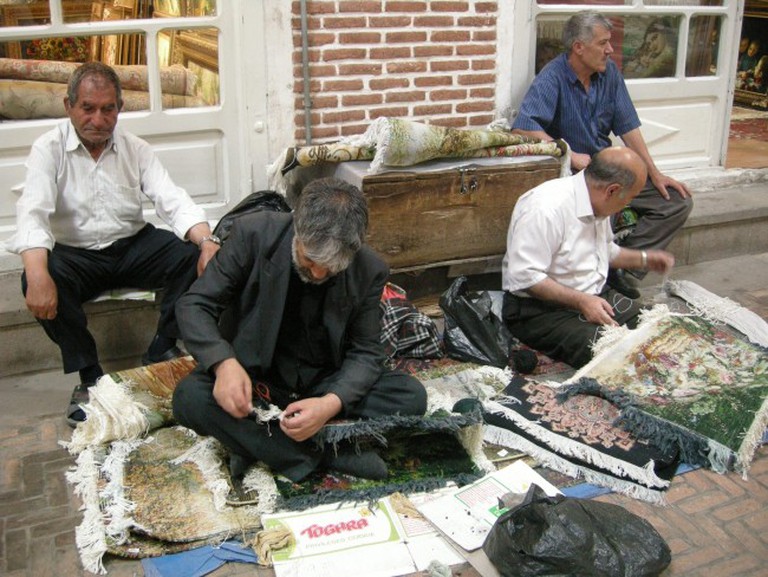 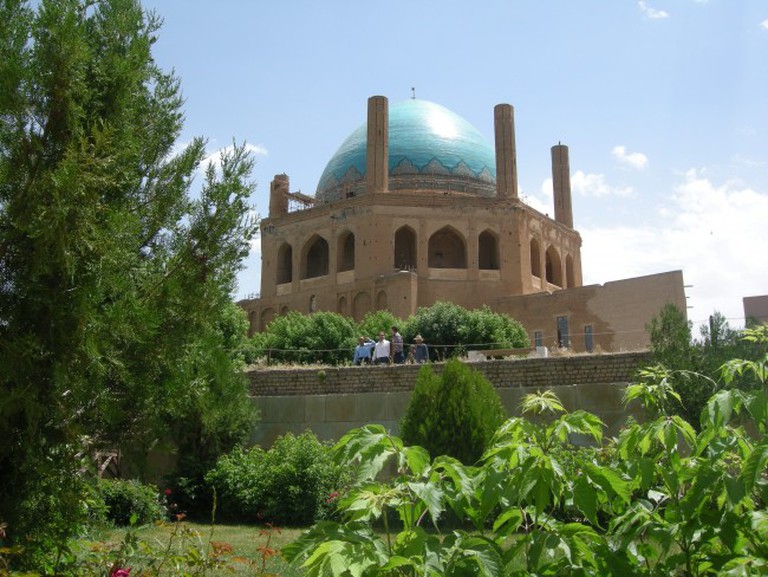 Dome of Soltaniyeh | © Pontia Fallahi
Tabriz has always been an important commercial center due to its strategic location along the Silk Road. The Bazaar, added to the UNESCO inventory in 2010, is one of the oldest bazaars in the Middle East. An interconnected series of red brick buildings, each part of this complex sells a different product such as gold and jewelry, shoes, or various household items. Perhaps the most notable section, however, is the rug bazaar where those in the business can be seen selling dyed thread, sewing up loose rug ends, and transporting stacks of rugs.

The dome of Soltaniyeh was constructed in the 14th century under the order of Uljayto, also known as Mohammad Khodabandeh, the Ilkhanid ruler in Tabriz. Baptized as a Christian, Uljayto converted to Buddhism in his youth and later to Islam. The double-shell brick dome of Soltaniyeh, inscribed as a UNESCO site in 2005, now serves as his mausoleum. The ceramic turquoise dome glistens in the sun from afar, and as you approach the site, you see eight slender minarets decorate this octagon. The interior is brimming with intricately detailed work, representing outstanding Islamic architecture. 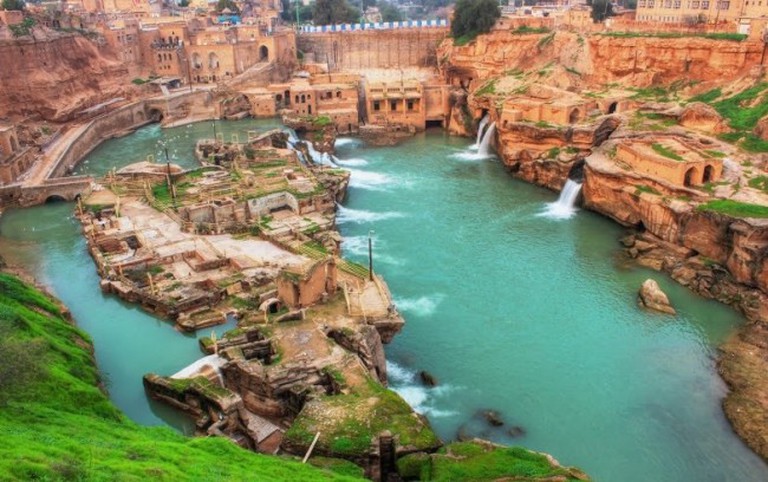 Registered in 2009 and hailed as a ‘masterpiece of creative genius‘ by UNESCO, this ancient irrigation system dates back to Darius the Great in the 5th century BC. It consists of two main diversion canals on the Karun River, which supply the city of Shushtar with water through a series of tunnels. Water cascades out of these tunnels into the basin which then flows onto the plain land for orchards and farming areas. Other engineering structures of this ensemble include bridges, dams, and water mills. It is a fine example of the knowledge of Mesopotamians alongside the influence of Roman engineering. 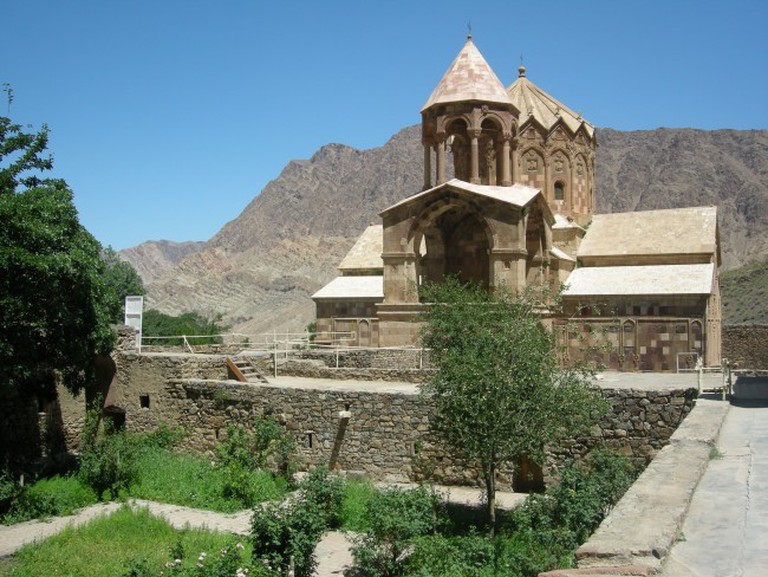 The West Azerbaijan Province in northwest Iran has a fairly sizable Christian Armenian population, so the number of churches in this area is no surprise. The three monastic ensembles, St. Thaddeus (the oldest dating back to the 7th century), St. Stepanos, and the Chapel of Dzordzor, were listed with UNESCO in 2008. Their significance lies in their architectural representation of the exchanges between the regional cultures including Byzantine, Orthodox, and Persian. The monasteries have withstood numerous calamities, both human and natural, throughout the centuries. St. Stepanos, arguably the most well-known of the three, stands in a canyon past the twists and bends of the Aras River on the Azerbaijan border. These churches are still places of pilgrimage for the Armenian community.

Chapel of Dzordzor, near Maku, Iran 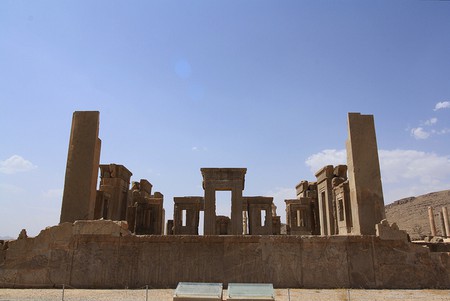 One of the first three sites to join UNESCO in 1979, Persepolis, known locally as Takhte Jamshid, was the ceremonial capital of the Achaemenid Empire in the 5th century BC. The site was chosen and constructed under Cyrus the Great, Darius I, and King Xerxes. What remains of this pinnacle of Persian civilization are massive columns and former palaces, innumerable reliefs depicting nationalities that once walked through there, and three humbling sepulchres on the hillside behind the ruins. Climbing the steps to enter the Gate of All Nations will enlighten visitors to the magnitude of this once magnificent empire.