The Best Things to Do for Free in Tehran

The Best Things to Do for Free in Tehran

There's plenty to see and do for free in Tehran | © xiquinhosilva / Flickr
Nicknamed the City of Museums, Tehran can keep a person pretty busy. But between palaces, museums, breaks for delicious Persian food and cool drinks, you’ll soon find that it can be a pricey city. Not to fret though because we’ve got the best things you can do to explore the capital city for free!

At nearly 12 miles (19 km) long, Valiasr is said to be the longest street in the Middle East. It runs north to south, dividing Tehran into east and west. Unlike other parts of town, the sidewalks are quite wide making it ideal for a stroll. Start at Rah Ahan Square in the south and head north to Tajrish Square to pass Saee Park, Mellat Park, City Theater, and Ferdows Garden, some of the best sites and places to rest. Snap shots of the street sculptures and art projects along the way. If you’re not feeling up to walking the entire way, consider taking the bus.

The award-winning Tabiat (Nature) Bridge crosses over Modares Highway and connects two parks. Start at Ab-o-Atash (Water and Fire) Park where locals come for a stroll, a picnic, and perhaps a friendly game of badminton, before heading to the multi-tiered, beautifully manicured Tabiat Bridge to snap some amazing shots of Tehran against a backdrop of mountains. Watch cars speeding (or stuck in stand-still traffic) below and then cross over to Taleghani Park, a lush forest right in the middle of the city, and enjoy the atmosphere. 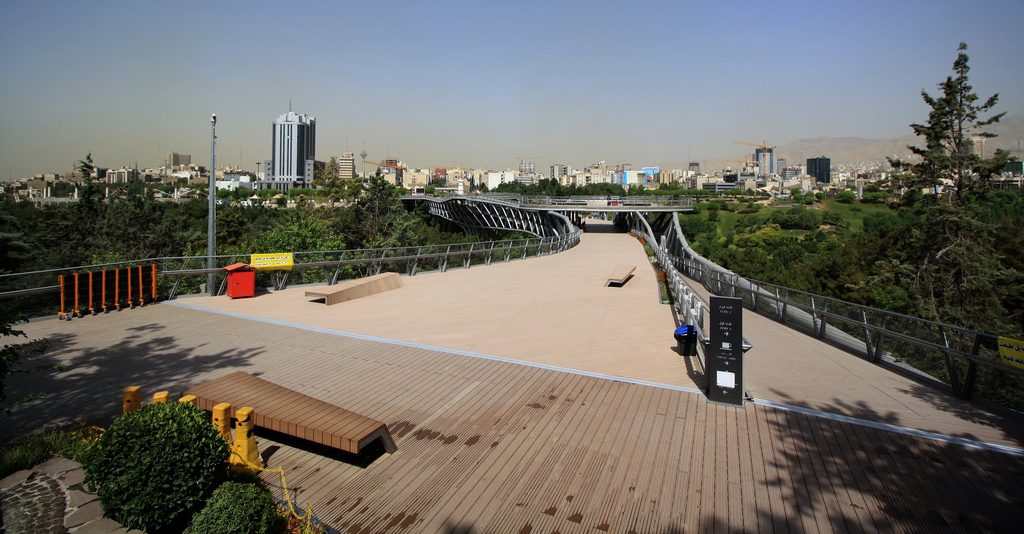 Stand on the ‘roof’ of Tehran

Baam-e Tehran literally means ‘the roof of Tehran,’ and while there are a few places you can see it, we recommend Tochal in the northern Velenjak neighborhood. Walk up the inclined road winding around the mountain or take the shuttle bus to the ‘roof’ where spectacular views of Tehran await you. A popular hangout during weekday afternoons, it gets even more crowded on weekends when Tehranis wake up in the wee hours to get in a vigorous hike. 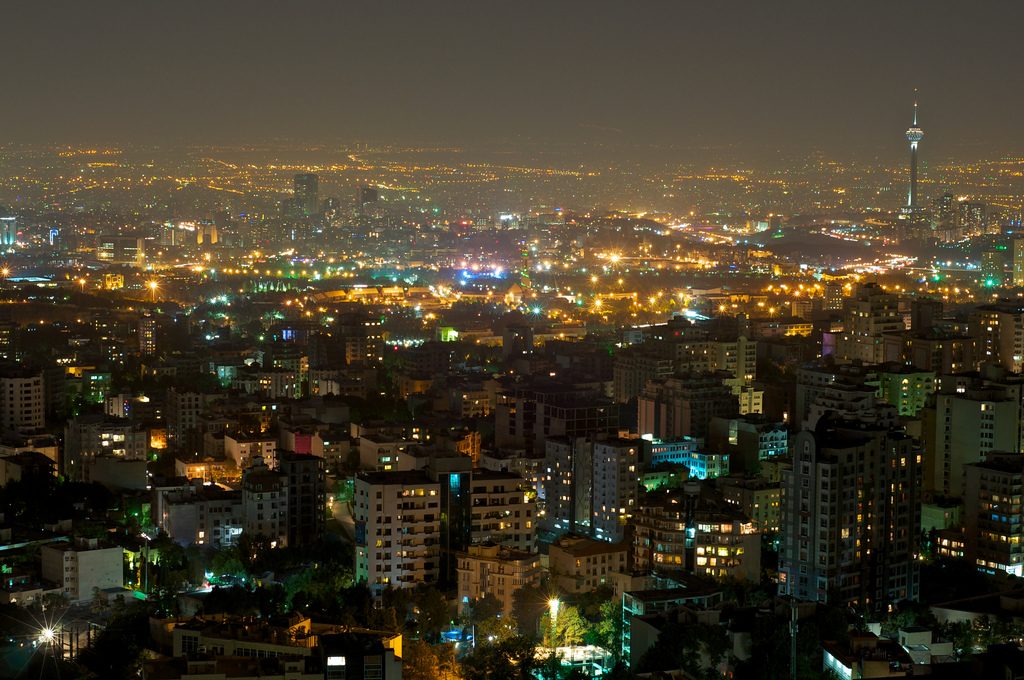 Brush up on some culture at Iranian Artists’ Forum

The Iranian Artists’ Forum is a great place to check out, whether you’re into art or not. A popular hangout for university students, the artsy crowd, and cats who call it home, this locale offers a wonderful sense of contemporary art in Iran. Stroll through the exhibition, before relaxing on a shady bench outside and perhaps meeting and chatting with a few friendly folk.

This quiet village is located in northern Tehran and is a perfect getaway from the hubbub of the city. Another popular route for weekend hikers, Darband is also busy with those who come for some delicious kebabs or who are in need of a little nature but don’t have the time to venture too far. Numerous restaurants and cafes dot the mountainside and are popular with tourists and locals alike. Sample the street snacks along the way, relax on a traditional bed inside the river, and enjoy the cooler climate. 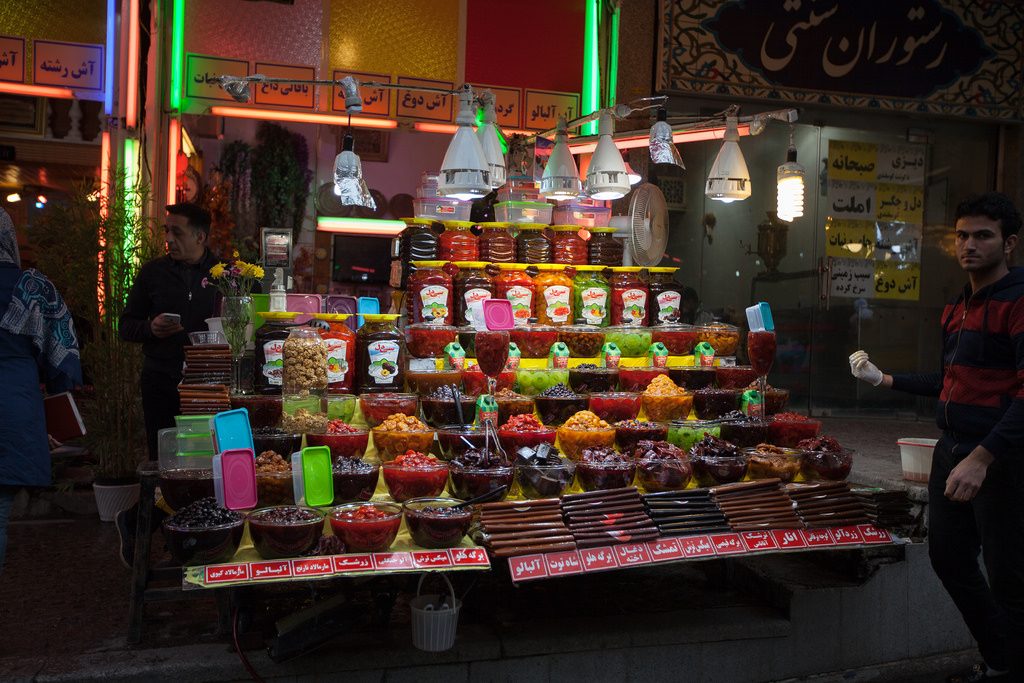 When Mehrabad was Tehran’s international airport, it was Azadi Tower which greeted all who entered the city. Since the airport has changed, it’s now tourists who must go to visit this iconic landmark. In fact, these days this ivory-colored, inverted ‘Y’-like tower has become a favorite spot for visitors to Instagram their arrival in Tehran. The one-of-a-kind architecture, pristine landscaped lawn which mimic traditional Persian gardens, and streaming fountains make this a must-see in the capital city. 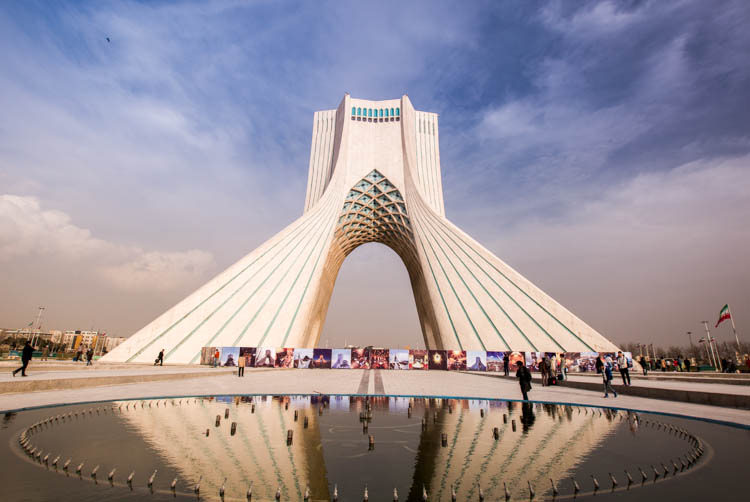 Azadi Tower is the symbol of Tehran | © sunriseOdyssey / Flickr

Get lost in the Grand Bazaar

Architecture enthusiasts will love southern Tehran’s impressive masterpieces. Start at Bagh-e Melli, or National Garden, a historical and government compound in Tehran. During the Qajar era, it served as a military shooting range and now houses such buildings as the Ministry of Foreign Affairs and a couple of museums, but it’s the grand gate with its mosaic tiles that’s the highlight. Head east toward Nasser Khosrow Street where you’ll find Saraye Roshan, with its mix of medieval European and Persian styles, and the twin peaks and clock tower of Shams-ol-Emareh.

Keep your eyes out for street art

Who doesn’t love a little street art? And Tehran’s got some great stencils and murals around town that change according to current events. Keep your eyes peeled around Valiasr Street and the back streets around Tarjish Square, which are hot spots, as are the midtown and southern parts of the city.

Deh Vanak is a peaceful little neighborhood just north of hectic Vanak Square. One of Tehran’s oldest localities, this area once had grand gardens, but it’s charm lies nowadays in the narrow alleys (some just wide enough for one person) and wooden doors. While Tehran has plenty of parks, The Iranian Garden is a lesser visited one and is modeled after the traditional Persian gardens. Spring is the best time to visit when it’s drowning in a sea of colorful tulips. 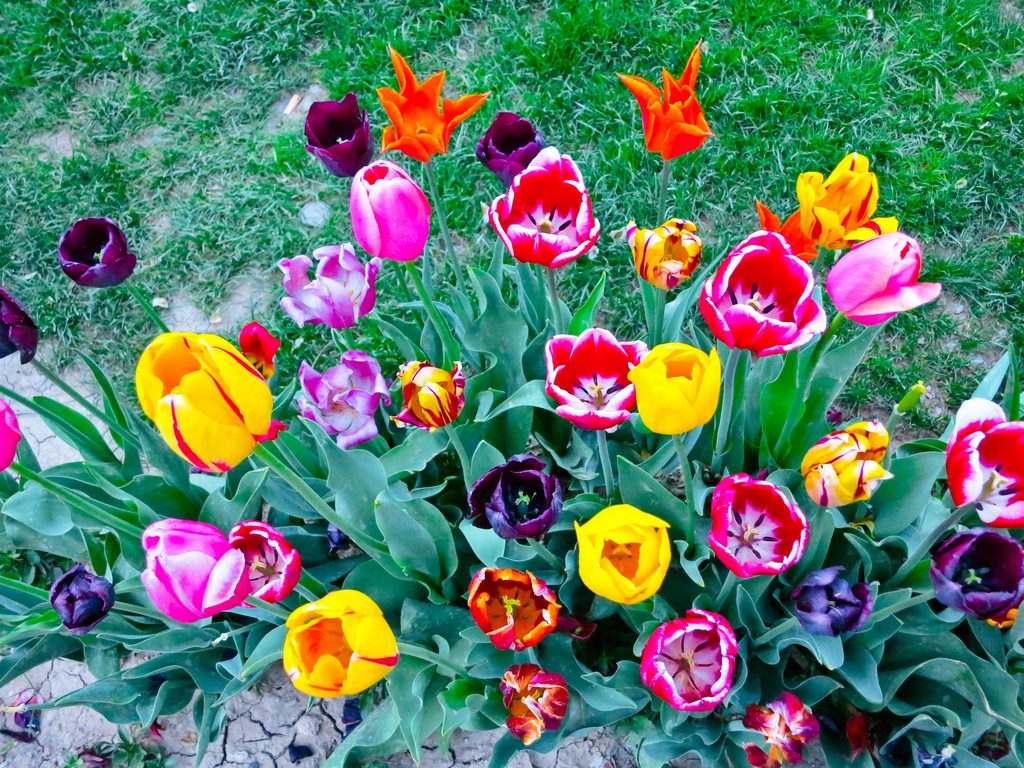 The Iranian Gardens drown in tulips in the spring | © Ninara / Flickr