The Best Day Trips from Tehran 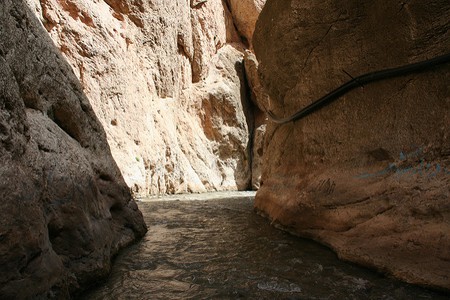 Even though the bustle and sights of Tehran can keep travellers busy, there are a number of must-see natural and historical sites nearby, including a UNESCO World Heritage Site. From caves to national parks and ancient cities, here are the best day trips from Tehran.

One of the most popular natural attractions in the Tehran province is Tange Vashi. After passing through the first gorge, visitors arrive at a beautiful plain before making their way through a second gorge to eventually reach a magnificent waterfall. Keep your eyes peeled and camera ready for carved rock reliefs and Qajar-era ruins throughout the gorges. The natural beauty and pleasant climate make this site an especially attractive escape in the summer, with visitors eating picnics on the grassy plains and making a splash as they trek through the flowing river. 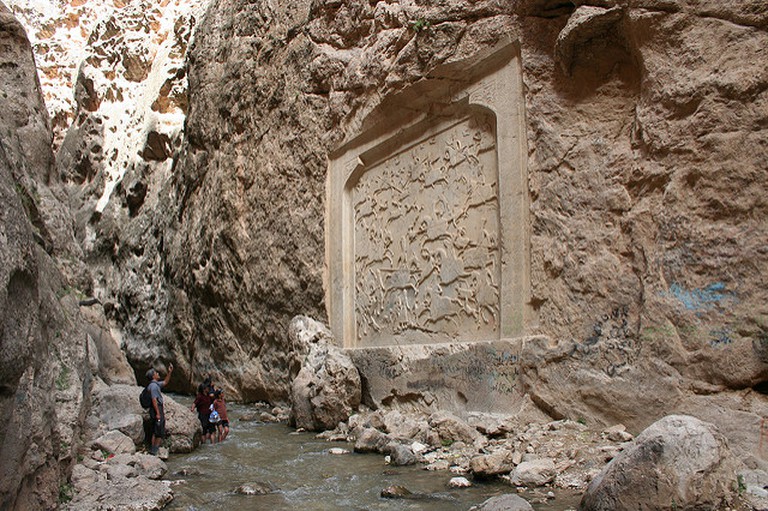 The city of Ray has fused into the greater Tehran area and is accessible by metro. Though vastly underrated, this ancient city has many historic buildings that are worth seeing. The Shāh Abdol Azīm Shrine, with its golden dome and lofty, mirrored halls, is arguably the jewel in the city’s crown. The hillside spring of Cheshmeh-Ali is located near Tuğrul Tower, the brick tomb of a Seljuk dynasty leader, and below the remains of Rashkan Castle. Roadside inn Shah Abbasi Caravanserai and Ray Bazaar take you back to the days of the Silk Road, while Gebri crypt, an ancient Zoroastrian burial site, may be the most intriguing for visitors. 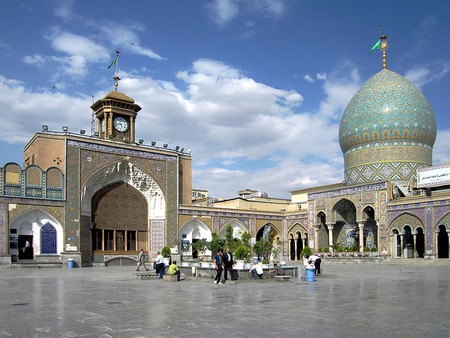 Just an hour’s drive outside the crowds and traffic of Tehran, the adjoining national parks of Khojir and Sorkheh Hesar are a must-visit for nature and wildlife photographers. The parks offer not only an array of flora and fauna, but also breathtaking views of Mount Damavand, Iran’s highest peak. Leopards, hyenas, wild boar and Pallas’s cats are just some of the wild animals that cohabit with diverse species of snake, reptile and bird.

Located 150 kilometres (90 miles) northwest of Tehran, the city of Qazvin is famous for two things: being the former capital of the ancient Persian Empire and baklava, a rich, sweet pastry made with layers of filo and filled with chopped nuts. The world’s major religions seem to intersect here as, in addition to countless historical mosques, Qazvin is home to the Russian Church, an Orthodox church built by the Russians during the Second World War, and Peighambariyeh, the burial site of four Jewish saints. Elsewhere, Chehel Sotoun, a stained-glass pavilion and museum, dates back to the Safavid dynasty, while the Caravanserai of Sa’d al-Saltaneh is remarkably well preserved and requires little imagination to picture the liveliness of its heyday. 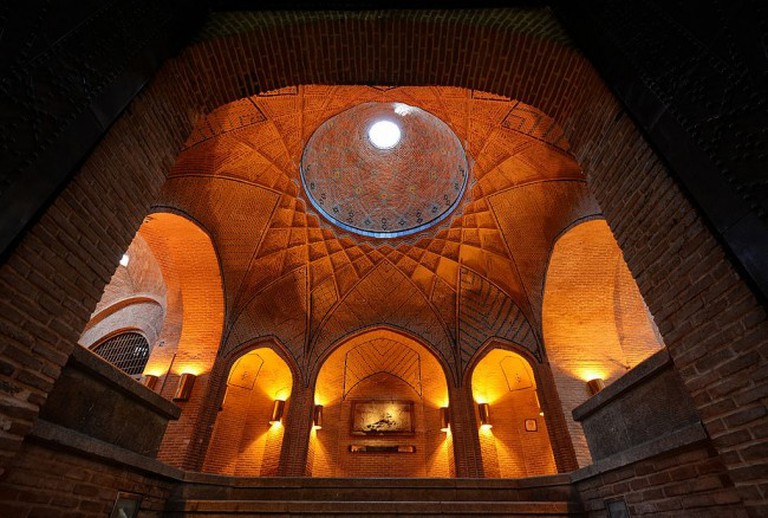 The Azeri-Turkish-speaking city of Zanjan can be found 298 kilometres (185 miles) northwest of Tehran. In the city itself is a traditional laundry house dating back to the Qajar era, winding bazaar and Seyyed Mosque. About an hour before the city, though, is the UNESCO-listed Dome of Soltaniyeh, a double-shell brick dome encased in turquoise ceramic. Well known for its handicrafts, must-buys in Zanjan include knives, charoogh (handmade leather sandals) and malileh (jewellery and home décor items crafted with fine silver wires). 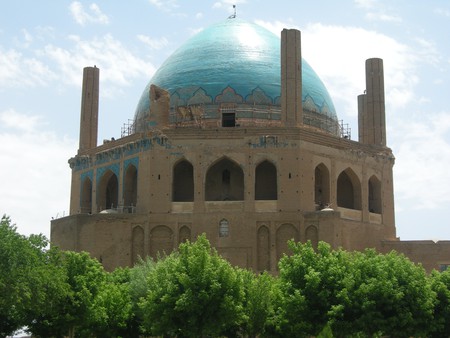 Nature lovers will enjoy Rood Afshan Cave, named after the village where it is located, about 130 kilometres (80 miles) from Tehran. The inside is covered in limestone, with stalactites hanging from the ceiling. Exploring the 400-metre (1,312ft) long cave will lead you to a small pool and what is thought to be the second largest chamber among caves in Iran.