The 10 Most Impressive Buildings in Tehran 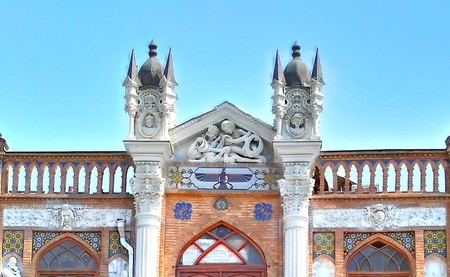 Although there are some beautiful high-rises and phenomenally innovative villas and residential towers in Tehran, there’s no doubt the most spectacular ones are those that have withstood the test of time. From European influence to modern takes on the traditional, here are 10 of the most impressive buildings in the capital of Iran.

Walking along Valiasr Street, you cannot help but be captivated by a mansion that demands attention. Behind Ferdows Garden sits a Qajar-era estate that houses the Iran Cinema Museum. The most delightful feature is the balcony, with its walls and columns adorned in detailed floral plasterwork and arched wooden-framed windows. The exhibitions take you through Iran’s century-old film industry, and the surrounding cafés allow you to admire the building (and check out Tehran’s artsy crowd) a little longer as you sip on some tea. 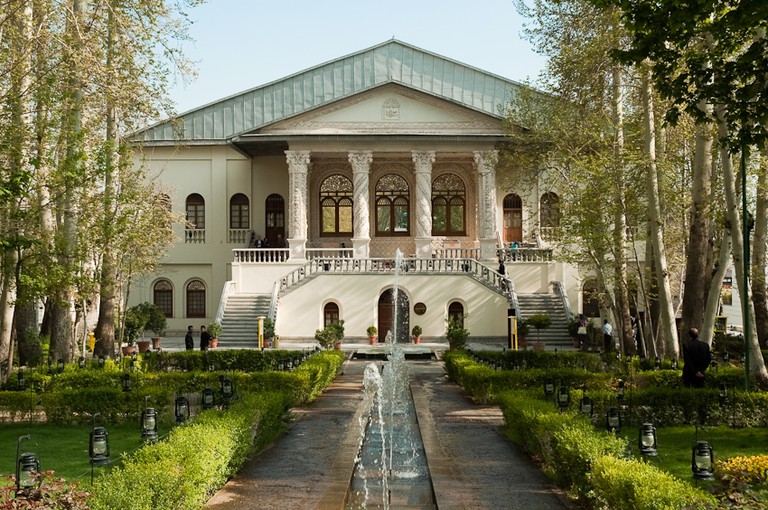 On Naser Khosrow Street, one of the oldest streets in Tehran, stands the bewitching Saraye Roshan. Established in 1932 as one of the first commercial centers, this gothic-inspired building is strikingly unusual in the setting of Iran. While the faces and statues, nearly nonexistent elsewhere in Iran, are more reminiscent of European architecture, the symbol of Zoroastrianism in the center, Ahura Mazda, gives it a distinctly Persian flavor. 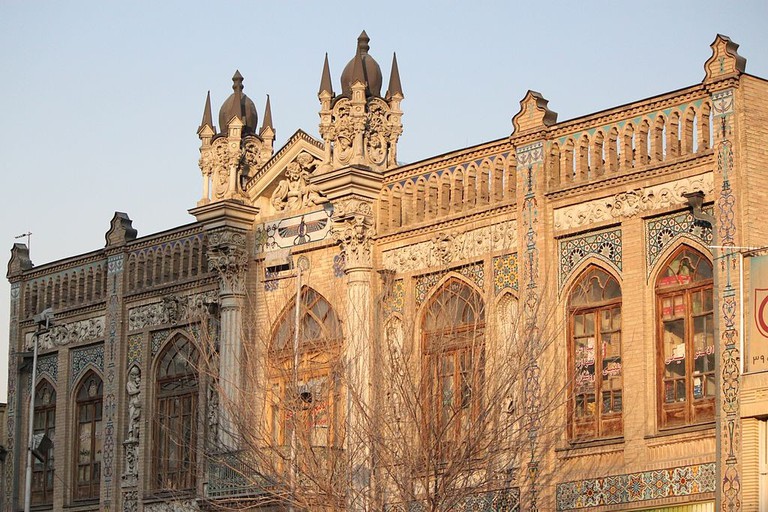 Sitting amidst a luxurious Persian garden, the Time Museum not only has an extensive collection of timekeepers, but the building itself is the epitome of authentic Iranian architecture. This 80-year-old manor once belonged to Hossein Khodadad, a well-known Iranian merchant, but now serves as a museum to showcase numerous clocks and watches. The pastel-blue exterior boasts windows that resemble cream-colored lace, and the inside does not cease to dazzle with it decorated ceilings, plasterwork, and colorful orosi (stained-glass) windows. 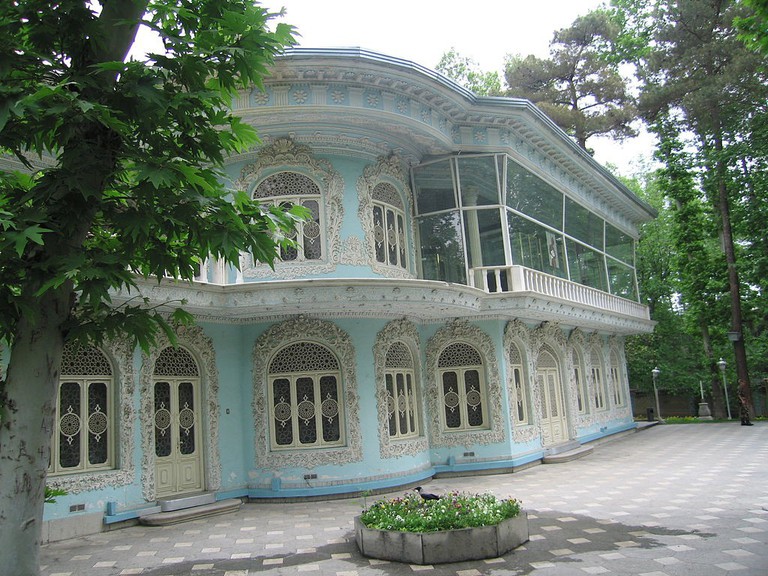 The remarkable Glassware and Ceramic Museum is housed in a beautiful Qajar-era building constructed 90 years ago by Ahamd Qavam as his private residence and work office. It later served as the embassy of Egypt, before turning into a museum in 1976. It gracefully blends European and Iranian architectural styles with a Russian staircase to connect the first and second floors. The ornate plaster, carved wooden columns, and crystal chandeliers make the interior of this building just as beautiful, if not more so, as the exterior. 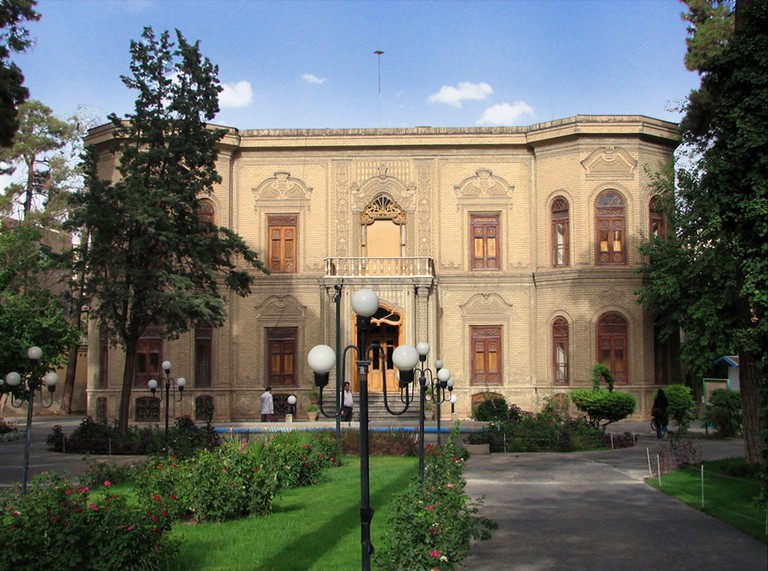 Declared a UNESCO World Heritage Site in 2013, Golestan Palace consists of a group of royal buildings that once served as the seat of government during the Qajar era. It exemplifies a fusion of Persian and Western design, with immaculate archways, mirrored halls and ceilings, and decorative tiles all placed within the confines of a lavish Persian garden. Words don’t do justice to the ancient Persian badgir, windcatchers, and exquisite varied mosaics bordering the rounded windows, which are among the many highlights. 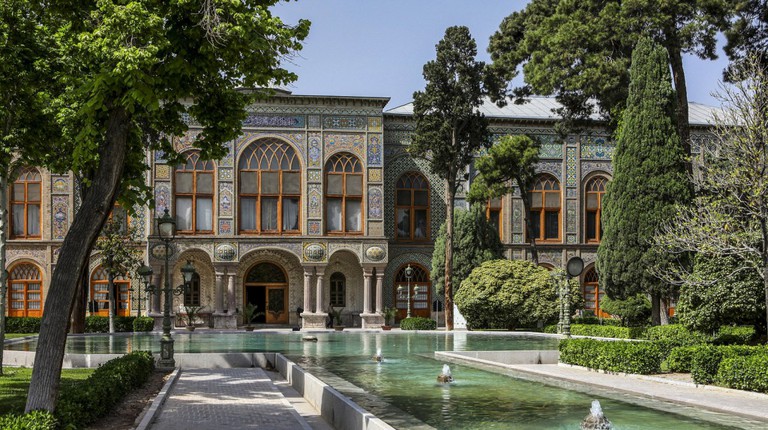 Although it comprises part of Golestan Palace, Shams-ol-Emareh, or Edifice of the Sun, is a masterpiece deserving its own recognition. The monarch Nasser-ol-Din Shah started with the idea to build a tower that gave a panoramic view of the city, and in 1867, construction was finished two years after it began. Twin two-tiered towers sit atop the structure with arched windows, intricate tile work, and an open hall in the center. Though it’s not possible to climb to the top, it’s easy to imagine Nasser-ol-Din Shah’s success in achieving his desired view. 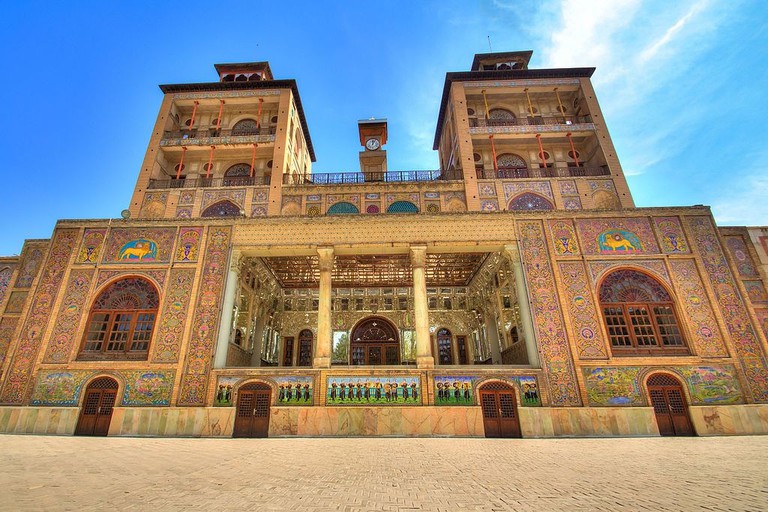 One of the buildings of the Sa’ad Abad Complex and perhaps the most beautiful is the Green Palace. It was built at the end of the Qajar era and later remodeled by Reza Shah, serving as his residence for one year, before turning into a guest house. Brought from mines in the Zanjan and Khorasan provinces, the marble used to construct its exterior has a unique hint of green. Just as elaborately designed are the interiors, with a mirror hall and a Persian rug woven over a period of seven years, among their other ostentatious features. 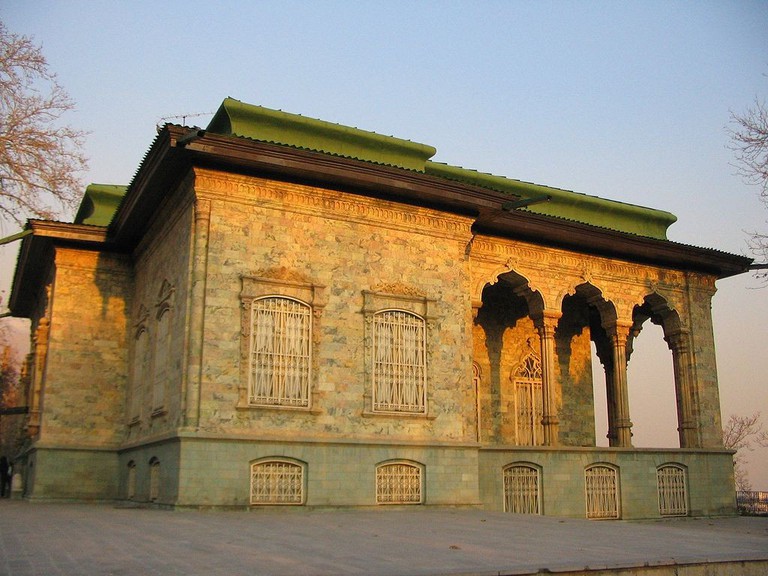 The largest art museum in Iran, Tehran Museum of Contemporary Art is an impressive concrete feat in itself. To design this building, architect Kamran Diba was inspired by integrating traditional Persian architectural elements with modernity. This is particularly embodied in the four structures sitting atop the building, which resemble a modernized twist on the windcatchers of ancient Persia. 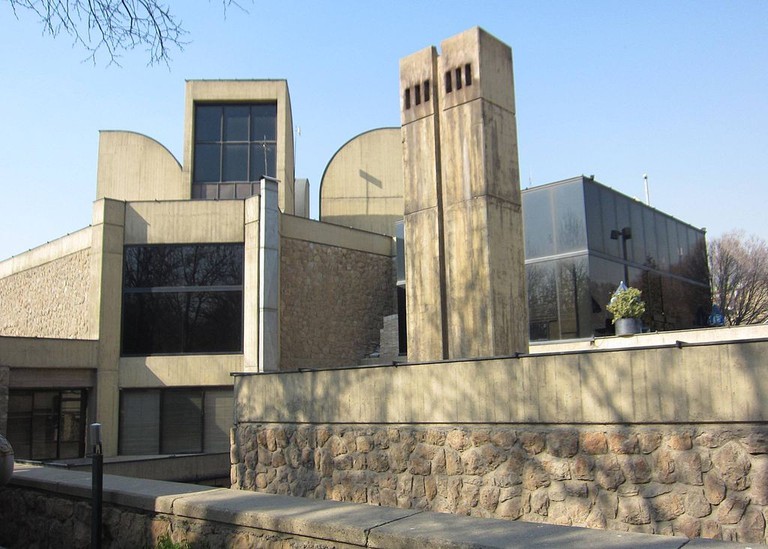 Masoudieh Palace is one of the most beautiful historical buildings of the Qajar dynasty. Built in 1879, this palace has witnessed many events, including the formation of the first ministry of education and the establishment of the first official library. Among its characteristic traits are the plasterwork, mosaics, and gardens. Today, it’s a popular spot with visitors brunching in its cozy cafe with stained glass windows, before walking around to snap some photos of the picturesque edifice. 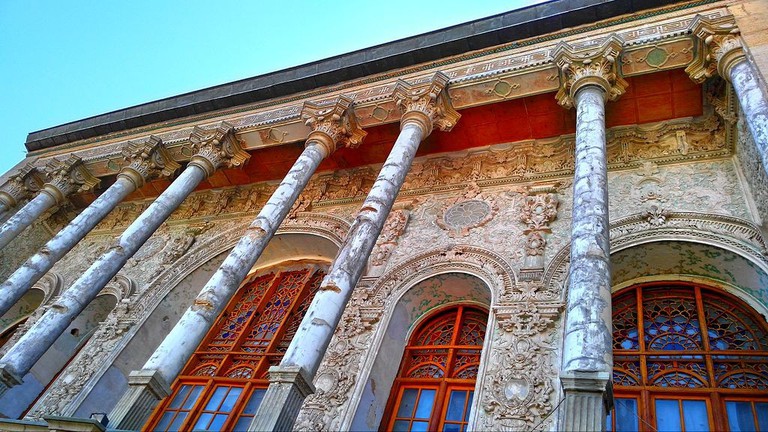 Built in 1972, City Theater deserves regard for its cylindrical design that combines both the traditional and modern. The standing columns add geometric patterns to the roof, which are then filled in with ceramic tiles. The grand entrance is made of wood, giving it a warm, earthy feel. It contains several stages and continues to be a top venue for the performing arts.