How to Navigate Transport in Iran 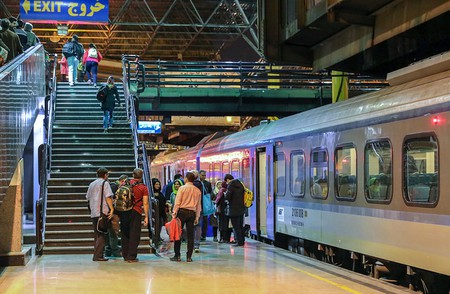 This is your guide to travelling around Iran, from using the inter-city and intra-city transport networks to some handy local tips.

For most itineraries in Iran, you will be travelling to at least a couple of cities during your visit, and travelling by train and plane are the easiest and most economical methods of doing this. 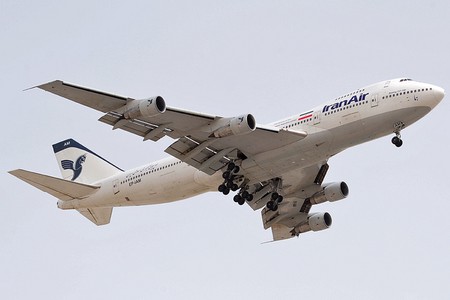 You can take a plane from a high-quality company such as Mahan Air, Iran Aseman or IranAir. The latter, in particular, boasts a growing network of domestic flights, and has an increasing number of international flights that link most capital cities. Prices for domestic flights are set by the government, so the price is always the same regardless of whom you fly with.

Travel agencies are helpful for booking airplane tickets and are easy to access. They can be more effective than going to a specific airline office, as you will be given all the airline options available. As a result, booking a plane ticket is a lot easier once you’re in the country, but if you want to plan ahead before you get to Iran, you can call IranAir and get a booking reference number. Once you arrive, you can use this to pay for your ticket at an IranAir office or in the Mehrabad Airport in Tehran.

Local tip: For domestic flights, always arrive at the airport an hour before departure.

Trains are a slower way of getting to where you want to go, but are a very affordable mode of transport across the country. Iran has long been improving its train system since the first railway was built in the 1930s.

It is also a fantastic way of seeing the scenery of Iran. Overnight seats are available for longer routes and plenty of food and drink trolleys pass you by, with longer trains even giving you your own snack box included in your ticket.

There are different classes of trains at different prices, with a first-class ticket from Tehran to Gorgan costing you roughly £5 and a second-class ticket costing you around £2.50 for a 10-hour journey. You can book trains up to a month in advance and it is advised to do so for travel on Thursdays, Fridays and public holidays.

Local tip: You can find the train timetable, and more information about the times and routes, here.

Minibuses are widely used to link cities and towns to surrounding villages. The minibuses are particularly well known and widely used along the Caspian Sea coast between Tehran and the Caspian towns. These can be more expensive than a normal bus service, but using a minibus is easier and faster as there are fewer passengers on board, and less stops.

Local tip: To cut down on your waiting time, hop on board a minibus when it’s nearly full, as they usually wait until all the seats are filled before they set off.

A shared taxi or ‘savari’

A shared taxi, or savari, can be used for trips between towns that are less than two or three hours apart. Taking a savari is one of the fastest and easiest methods of travelling, but it can sometimes be less comfortable, with two people squeezing onto one seat in the front of the car.

Plenty of shared taxis can be found at bus terminals or at major squares, where you can jump in.

Local tip: Women travelling on their own will usually be given the front seat of a taxi.

Transport within Iranian cities can vary. The bigger cities such as Tehran have a metro system, whereas in smaller cities such as Yazd you will need to take a taxi. As you are probably not used to the roads in Iran, it is advisable to have someone else drive you, rather than renting a private car.

Taking a taxi in Iran is a very popular and economical way of getting around, particularly in smaller cities. If you can avoid it, use another mode of transport in Tehran, as the traffic can be a real problem.

Rates for taxis all over Iran can vary, and unfortunately as a tourist, you may be overcharged without knowing. Many taxi drivers do speak English, and if you can speak some Persian, you can always haggle to a lower price.

This type of shared taxi is found in major cities in Iran. They are very easy to hail and are the cheapest taxi option. Simply put your hand up at the side of the road and if the taxi has a spare seat, the driver will pull over. Keep the description of where you want to go to a minimum. You can simply shout out a landmark and the taxi driver will let you in if they are going in the direction you need. Taxi drivers tend to go through the main meydan (square) of a city, so it’s useful to know some of the square names of where you intend to go. 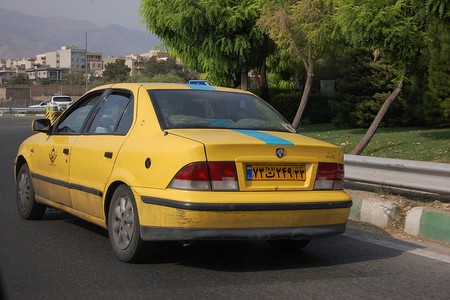 Darbast literally means ‘closed door’, in other words a private taxi, so it’s a good idea if you’re travelling as a slightly larger group. These are easily spotted and grabbed as they are usually yellow. This type of taxi will cost you more than a shared shuttle one, and you can even use them to travel between small towns.

Alternatively, your hotel will be able to arrange a private taxi service for you. This can usually cost between £40 and $100 per day, depending on where you’re going and the type of car.

Local tip: If you can read a bit of Persian, download Snapp for your phone. It is the Iranian version of Uber and will give you good rates. If you are a woman, you can use Snapprose, which offers only female drivers.