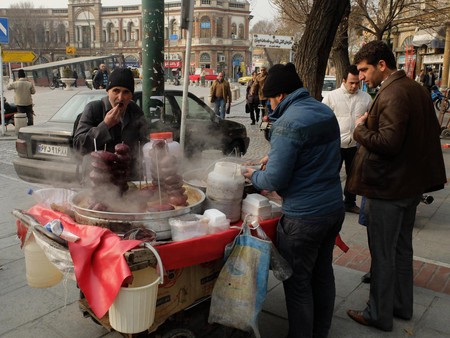 The street food culture in Iran is not exactly akin to the full meals you may find in other countries, but there are some exceptionally healthy options that must be sampled. What you try, however, depends on your time of visit, as each season brings with it something new. Here are the best local street dishes and snacks to try in Tehran.

A must-have during the frigid winter months, this healthy and hearty soup features noodles with various herbs and legumes, and is topped with a mixture of garlic and onions fried with dried mint. The make or break of âsh is kashk, a salty, fermented whey product, that is swirled on top. As you wind your way along mountainous Darband in northern Tehran, stop for a satisfying bowl that’ll be sure to fill you up and replenish your energy. 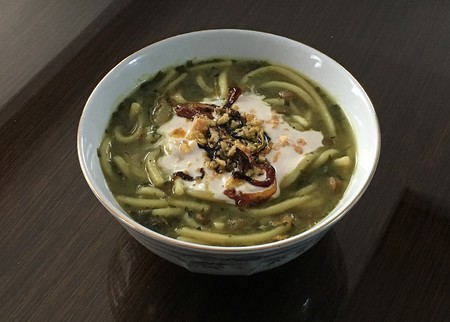 For some, beets hold no allure, but this root vegetable is a beloved winter snack for Iranians. Scattered across Tehran are vendors selling peeled, steaming-hot, boiled beets, neatly stacked according to size. Choose your bowl size, and the beets will be diced up before your eyes. Find a comfy bench and enjoy these street snacks while they are hot. 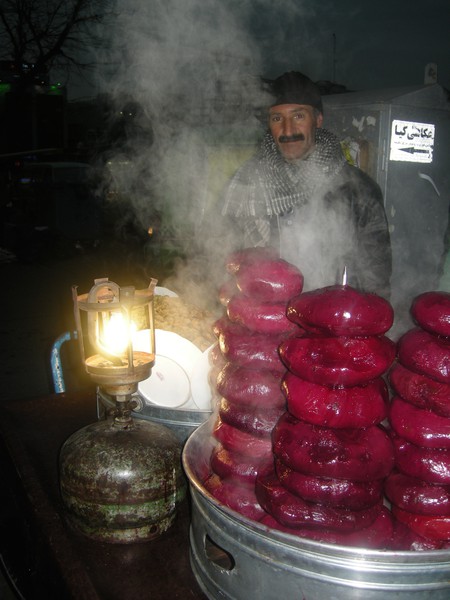 Pick up a bowl of bâghâli while you’re getting some beets as these two are usually sold side-by-side. The boiled fava beans are topped with vinegar and seasoned with golpar, ground angelica seeds, and require a bit of skill to eat. Use your teeth to peel back the black line, squeeze the bottom to pop the soft center out, and discard the thick skin. Iranians can be seen huddled together sharing a bowl and having a chat. 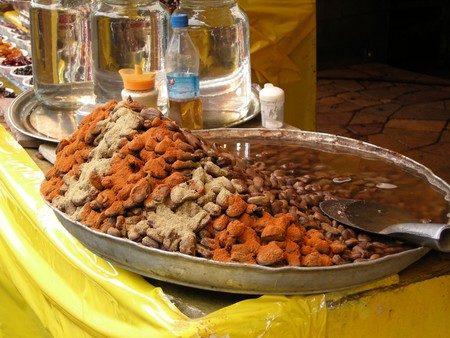 Jigar, liver kabob, is a cherished cut of meat served at local joints called jigaraki. Just say how many skewers you want, and the meat will be grilled up and served within minutes, blanketed in fresh bread. For the more adventurous, kidney and heart kabobs are also an option at jigaraki, but liver is the delicacy of choice. It’s no wonder Iranians also call their loved ones jigar, the ultimate term of affection. 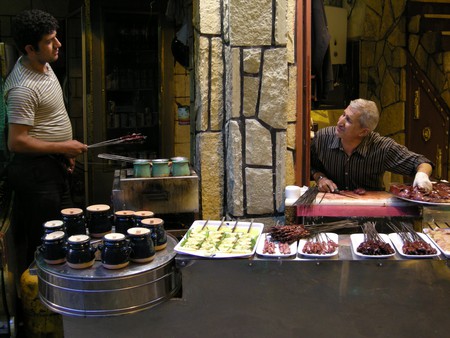 Street corn is an Iranian tradition. Ears of corn are grilled over charcoal and then dunked into a bucket of salty water for a few seconds. The warm water and hot corn cause the water to evaporate quickly, leaving behind salty goodness around the blackened corn. The tasty snack is commonly served in the winter and especially around parks in the summer. Once you try corn the Iranian way, you won’t want it any other way.

In the spring, greengages land in the city to the applause of Tehranis, who have patiently awaited their arrival for a year. These tiny green plums pack a tart punch, so a sprinkling of salt balances the acidity. After the first bite, add salt, take another bite, and repeat. You’ll be hooked on their crispy and tangy juiciness, but be careful because eating too many might give you a stomach ache … or so they say. 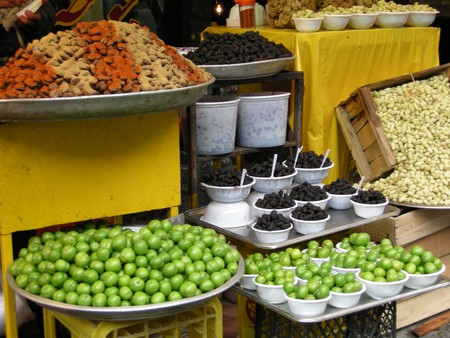 Another snack arriving on the scene for a mere few weeks in the spring is the friendly foe of goje sabz, châghâle bâdum. These skinless baby almonds are still wrapped in their fuzzy, green shells, unripe and with the perfect crunch – not too hard, not too soft. Pop the whole thing in your mouth (topped with a little salt, of course) and leave only the stubble of a stem behind. Then you can decide for yourself: team greengage or team spring almond? 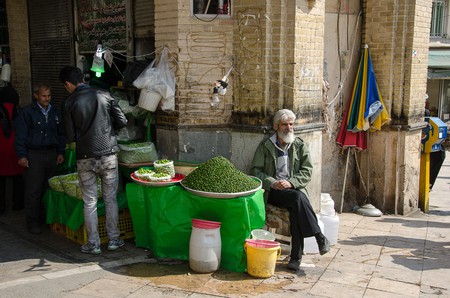 Iranians love fruit in all its many forms: fresh, dried, or leather. Especially popular along the hiking trails of northern Tehran, fruit leather is sold in exotic flavors such as pomegranate, sour cherry, plum, kiwi, barberry, and apricot, and is sold by the meter. Not sure which one you like? Just ask for a sample. A variety of dried plums, apricots, and berries, soaked in sweet and sour syrups, are also available at these stands – the perfect place for those who have a penchant for sharp flavors. 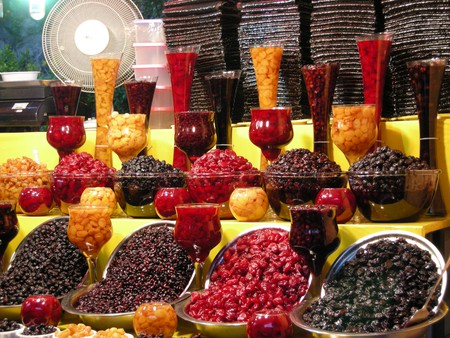 Originally from the southern parts of Iran, samosas have worked their way to the capital city as a tasty street food commonly found in the bazaars. Filled with ground beef, potatoes, onions, parsley, and spices, these triangles of lavash bread (soft, thin flatbread) are then deep-fried and wrapped in paper, similar to the South Asian varieties. A great pick-me-up as you explore the maze-like bazaars, samboseh gives you a taste of southern Iran.

Iran is a juicing nation, and these healthy drinks are remarkably low cost, with popular varieties including melon, pomegranate, barberry, and carrot (or carrot with a generous scoop of Akbar Mashti ice cream). Grab your favorite juice or mix and match ingredients for a unique combination. Be sure to try tokhme sharbati, a chia seed drink with rosewater, honey, and lime; and khâkshir, London rocket seeds with rosewater and lime, both of which will offer a refreshing boost during those sizzling Iranian summers.