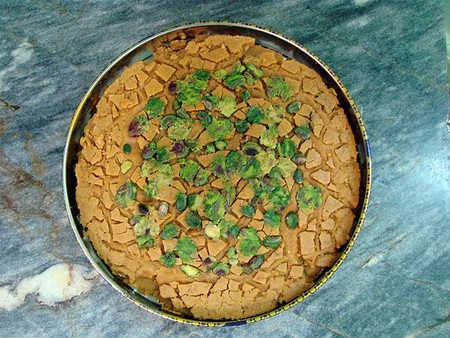 Rice and kabob take the limelight in Iranian cuisine, but what about desserts? While travelers to Iran won’t find desserts in the traditional sense, the tea-loving culture does have a sweet tooth, breaking out the treats for any occasion and especially to enjoy with tea. Three main ingredients to be found in any combination in these desserts are saffron, rosewater, and cardamom. Here are 10 local Iranian desserts and sweets you need to try.

Zoolbia are deep-fried funnel cakes, soaked in a light rosewater-saffron syrup. Bamieh, okra in Persian, are reminiscent of churros and immersed in the same syrup. The combination is particularly popular during the month of Ramadan, providing a much-needed blast of sugar after a day of fasting. These pillows of fried decadence are best washed down with a hot glass of freshly brewed Persian tea. 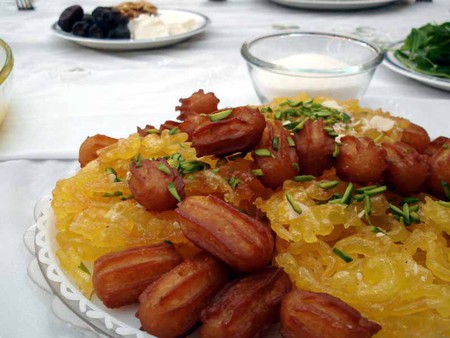 Date palms are especially plentiful along the Persian Gulf and the warmer southern regions of Iran, making ranginak a rich, flavorful dessert typical of the south. Soft, chewy dates are stuffed with toasted walnuts and then drenched in a mixture of toasted flour, butter, cinnamon, and cardamon, and finally topped with crushed pistachios. The colors and textures make this dessert a feast for both the eyes and taste buds.

Noodles as dessert? After trying faloodeh, you’ll wonder how you ever did without it. These semi-frozen vermicelli noodles bathe in a rosewater syrup and are then served with lime juice and/or sour cherry syrup. Visit any ice cream shop across Iran, and you’ll find faloodeh to cool you down, especially during those scorching summer months. It’s no wonder, then, that the most famous and delicious version comes from Shiraz. 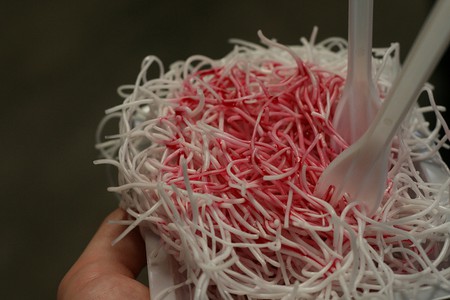 In the 1950s, Akbar Mashti became famous for his bastani, and today, the most well-known and traditional ice cream in Iran still carries his name. This concoction of saffron vanilla ice cream with rosewater and pistachios is sure to make your mouth happy, but not as much as the luscious chunks of frozen cream in the mix. Try it in a cup or, like a local, between two wafers. You can even opt for a makhloot, half faloodeh-half ice cream, to get the best of both worlds. 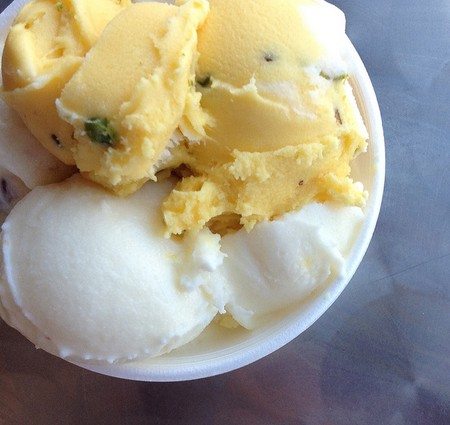 This rice pudding is made with just the right hint of saffron to give it the perfect shade of yellow. Words or designs are then dusted on in cinnamon, allowing children and adults to showcase their creativity, and almonds slivers give it the final finishing touch. A typical dessert during religious ceremonies and the month of Ramadan, sholezard is made in large batches at home and given to friends, family, and the needy as nazri, a charitable offering. 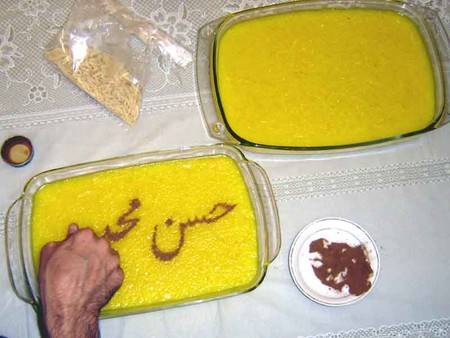 Yazd is known for its sweets, and any travelers to this desert city must visit the national treasure of Haj Khalifa Confectionery in Amir Chakhmaq Square. Here, you can try the famous Iranian baklava pastries (different from the Greek and Turkish varieties), ghotab (donut hole-shaped cookies), loze nârgil (coconut diamonds), and pashmak (candy floss). 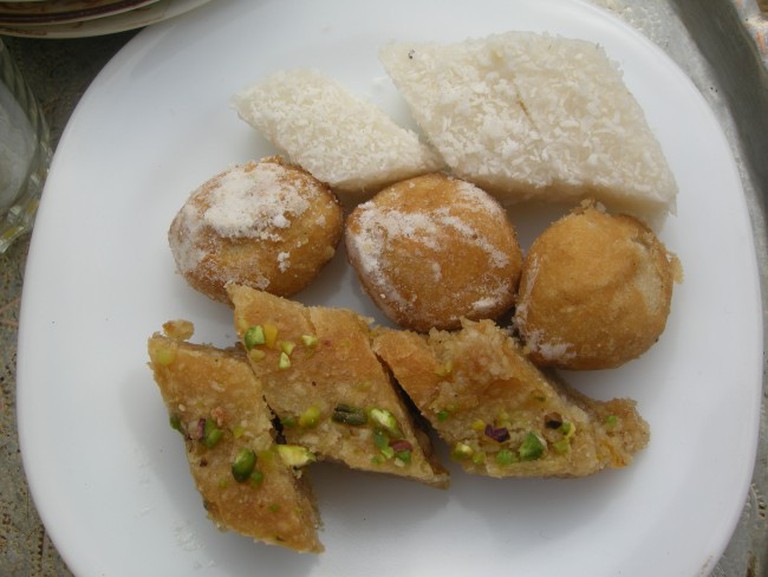 Koloocheh is a cookie stuffed with cinnamon, sugar, and crushed walnuts, although there are some variations depending on the region. In Kerman, for instance, there is kolumpeh, which also includes minced dates in the center. The tops are indented with circular shapes, pressed into the dough prior to baking. While koloocheh is tasty at any time, it also makes for a hearty breakfast on the go or a filling midday snack. 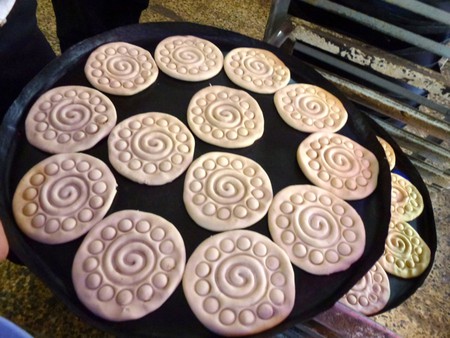 Qom’s most famous confection is a saffron brittle made with wheat sprout, eggs, rosewater, sugar, butter, and cardamom. The top of this toffee-colored goodness is studded with pistachios, balancing the sweetness. Given the crunchy, buttery texture, this candy is highly addictive, which makes it easy to polish off an entire tin in one sitting, especially when there is a glass of piping hot tea nearby.

No trip to Esfahan is complete without gaz, Persian nougat with pistachios. Gaz is made with the sap of the angebin plant, native to the Esfahan region; the higher the percentage of sap, the more pure the gaz. Combined with rosewater, egg whites, and pistachios, this gooey nougat is packaged in individual wrappers or dredged in flour to create gaze ârdi, a favorite of Iranians. 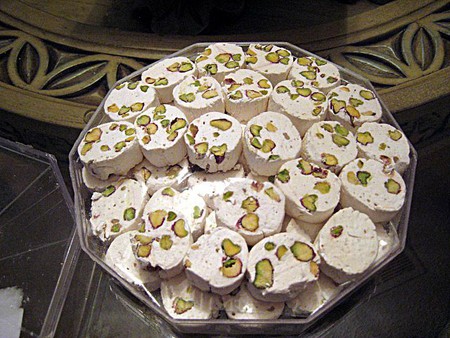 Iranian halva differs from other Middle Eastern versions. Wheat flour is slowly toasted in oil or butter with sugar, rosewater, and saffron. This dense paste is then decorated with slivered almonds and pistachios, the tops imprinted with the edge of a spoon, and the sides molded with the fingers. Traditionally served during religious holidays or funerals, its texture and sweetness will have you calling for some exceptions. 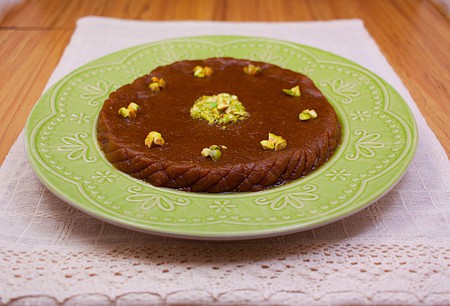 Halva | © مانفی
Give us feedback