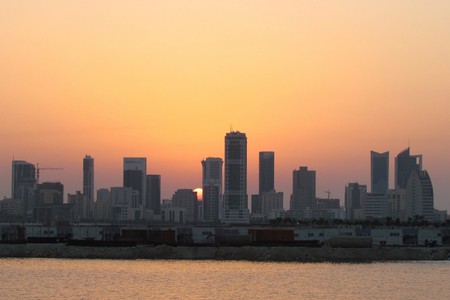 Bahrain is home to a flourishing art scene that is only now being recognized by the international art world. The Bahrain pavilion at the 2013 Venice Biennale, the biennial Shubbak Festival in London, and the establishment of prominent art galleries throughout the Persian nation have transformed perceptions and garnered international recognition of the leading practitioners in Bahrain’s art scene.

Bahrain is a young state with an art history older than the state itself. It was the first country in the Gulf to welcome art when painting classes were established in the country back in 1919, followed then by Kuwait. In the 1930s theater was thriving and the first cinema of the Gulf opened its doors in Bahrain in 1937. In the middle of the 20th century the first generation of painters was emerging and an arts society was founded in 1983. Although Bahrain is a newcomer to the world of contemporary art in a global context, an arts scene has been growing with galleries making an impression at international fairs and a number of state-sponsored projects. We’ve Now Bahraini artists have begun to enter the field of international art. This partial selection includes some of Bahrain’s best artists without a specific order, divided into sections including pioneering, established and emerging artists. 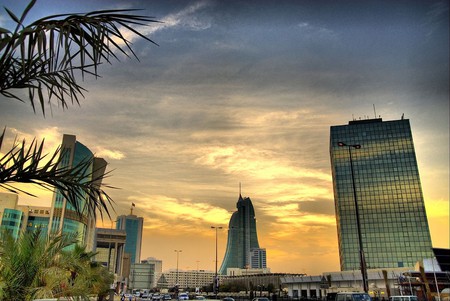 Al Yousif was one of the pioneering artists in Bahrain and the Arabian Gulf and was the first artist in the region to work on acrylics and print-making. He belonged to a first generation of expressionist and post-expressionist Bahraini painters but he developed an idiosyncratic visual language of his own, extensively studying and surveying the landscapes, architecture and traditional life in Bahrain, of which he might have been one of the last witnesses. His artistic production was extensive, extending across various formats and after he progressively lost his sight, in the last decade of his life, he turned to work on linoleum prints and produced entire series devoted to the music and dance of Bahrain. His influence is long-felt among contemporary painters in the country, many of whom were mentored by him. Recently, a print-making art studio was founded in his honor. His estate is represented by Albareh Art Gallery.

One of the pioneers in the art movement in the Arabian Gulf and part of the first generation of Bahraini painters, Al Muharraqi is the only living artist from that generation. Educated in Egypt and Syria, Al Muharraqi is a modernist painter who has enjoyed wide recognition because of his expressionist oil paintings, blending Bahraini heritage with a number of pictorial styles borrowed from Realism and Cubism, morphing into a very unique visual language. Many of his works, on the other hand, deal with water and the life of the pearl divers in the generations before the state. The artist won the Artistic Creativity Award of the Arab Thought Foundation in 2012 and the Qatar National Museum has honored him by creating a Muharraqi Hall that features his works. Al Muharraqi’s work has been widely exhibited in the Middle East, Asia and Europe and his work is represented by Meem Gallery.

The Lebanese photographer and collage artist has practiced art in Bahrain since the 1990s and his work is very much embedded in the surrounding realities of the country. Zakharia has extensively documented the urban transformation of Bahrain and his photographic project Reclaim, which documented the decay of coastal life in the island, was part of an extended installation project brought by the country to its first national pavilion at the 2010 architecture biennial in Venice, which earned Bahrain a Golden Lion for best national pavilion. Camille Zakharia was also part of the team exhibiting works at the country’s first national pavilion at the art biennial in Venice in 2013. His recent series Belonging, exhibited in ArtDubai 2013, explores notions of identity, cultural belonging and immigration in Bahrain.

The England-trained painter, although well known in Bahrain has only recently been discovered by the international art world. During his retrospective, held at Bahrain’s National Museum in 2010, Al Khalifa unveiled his work from the past decade and surprised the experts, who have placed him among the top contemporary painters in the Arab world. A long journey of landscapes, figurative and abstract paintings, led the prominent Bahraini artist to experiment with color fields, mounted in unique convex stretchers. In 2012, he presented Reflection, at the Bahrain Financial Harbor Fine Art Gallery, in which he expanded on his work with color fields, using enamel paint on chrome convex. His work has been shown at Beirut Art Fair and Abu Dhabi Art. The artist is also well known to Bahraini artist as a patron and founder of Bahrain’s Arts Society. Rashid Al Khalifa is represented by Leila Heller Gallery.

One of the most distinguished abstract painters from the Gulf region, this US-educated artist and art historian is one of Bahrain’s most prominent female artists and has been very active in the consolidation of the arts movement in Bahrain, working also as an art critic and lecturer. Her abstract paintings often deal with belonging and memories of places. In her work, she investigates pre-historic art and objects as surfaces and the primal as a site of memory in the region. Fakhro’s paintings constantly research the effect of lightning on the canvas with a number of techniques derived from art history, giving her work an international outlook. The artist has also written about art and heritage in her country and since her first solo exhibition at Al-Riwaq Art Space in Bahrain in 2002, her work has been collected by museums in the Middle East and collections in Europe, where she has also exhibited.

Another prominent painter of his generation, Sharif spent his formative years in Paris and New York, being a precocious child whose talent was recognized early on. A contemporary painter inspired by Renoir, and one of the best known artists from Bahrain, Sharif’s work is both figurative and conceptual, informed by modern art history and dealing with the conditions of contemporaneity such as alienation, indifference or solitude. Being one of the founding members of Bahrain’s Arts Society, he has been highly regarded by auction houses and art collectors. His paintings are characterized by vivid colors that often bring into relief almost transparent layers of surfaces and hues that create complex architectural impressions. Sharif’s work has been fundamental in shaping the discussion over contemporaneity and difference in art from the Gulf region and he was the first Bahraini artist to work in a context of global art.

The Bahraini sculptor, educated in the former Soviet Union, is one of the Arab world’s most prolific sculptors, working on bronze and stone, deeply influenced by the culture of the Ancient Near East, working often on human figures and animals, combining the reverence towards pre-historic art with contemporary shapes and smooth, almost minimal, modernist surfaces. Al Hashimi was part of Albareh Art Gallery’s show in ArtDubai 2011 and has held numerous solo exhibitions in Bahrain and elsewhere, whilst his works were exhibited in recent years by the Shaikh Ibrahim bin Mohammed Al Khalifa Center for Culture and Research in Muharraq, Bahrain. His versatile use of onyx, marble and limestone translates into almost primitive forms that are yet symmetrical and aesthetically clean, combining textures and colors into free floating pieces, informed by the complex landscapes of Middle Eastern history.

A young musician, musicologist and sound artist, Hujairi is one of the most interesting and experimental artists in the kingdom. Educated between the US, Japan, England and South Korea, he is one of the very few artists in the Arab region to take sound art seriously, and his research in music composition and performance across different cultures has produced innovative work at the edges of contemporary art and practice-based research, re-interpreting the traditional instruments from the Arab world. In his work, Hujairi has also explored the sonic culture of his native Bahrain and is at present showing a sound sculpture at the first London exhibition of contemporary art from Bahrain as part of the Shubbak festival. Hujairi’s sound installations have been shown in Bahrain and South Korea, and he held an artistic residency at Sharjah Art Biennial 2013 withTarek Atoui. At present, Hasan Hujairi is a PhD student in music composition at Seoul National University, South Korea.

A young painter, working mainly in the acrylic format, whose work is conceived as a re-staging of childhood and a very intimate conversation with personal memories and dreams. In his work, Al Mahdi is attempting to re-locate the boundaries between reality and imagination; he keeps an extended journal of a traumatic experience after which he found solace in drawing and painting, working with soft pastel colors and a combination of story-telling and abstraction. Al Mahdi’s moving work engaged with public life in 2007 when a three-year-old toddler abruptly disappeared in Bahrain while playing outside and the painter felt the need to express the grief of a family on a canvas. The child was never found but Al Mahdi’s painting can be seen now at the National Museum in Bahrain. Mohammed Al Mahdi’s work is currently on show at the In the Open exhibition of contemporary art from Bahrain in London and he is represented by Albareh Art Gallery.

Bahrain’s leading film-maker, a trained lawyer and self-taught artist, BuAli has been active since 2006 and has directed a number of short films that have debuted internationally. There’s an element of realism in his films but they develop poetic narratives, closely embedded in a conversation between the traditional culture of Bahrain and the contemporary world. His 2012 short-film Huna London won the third prize at the Official Gulf Competition in the 2012 Gulf Film Festival and has been shown at film festivals in England and South Korea. BuAli was part of the team of Reclaim, Bahrain’s first national pavilion at the architecture biennial in Venice 2010 that took home the award for best national pavilion, as he directed the documentary Sea Interviews, part of the exhibition. At present he is working on The Sleeping Tree, his first full-length feature.

Other representative artists from Bahrain would be the late painter Abdulkarim Al Bosta and his son Hamed Al-Bosta, the painters Ebrahim BuSaad and Jaffar Al Oraibi, award-winning photographer Ghada Khunji, and young musicians such as Hani Malik and Faisal Sheikh.